THE STAR:Winning Pictures in Taiwan

FOR someone who is no stranger to Taiwan, a photography contest at the Formosa came as a perfect opportunity to rediscover the beautiful island through the camera lens.

By THO XIN YI
thoxinyi@thestar.com.my
Photos by NG KOK LEONG

FOR someone who is no stranger to Taiwan, a photography contest at the Formosa came as a perfect opportunity to rediscover the beautiful island through the camera lens.

The Star’s photo editor Ng Kok Leong gamely took up the challenge to compete against 17 other photographers from the Malaysian newspapers and magazines, and emerged as the overall second prize winner.

Co-organised by Apple Vacations and Conventions, and Taiwan Leisure Farms Development Association, the event saw the participants snapping away at selected leisure farms in Taiwan for four days recently, according to the given themes.

Every morning, the photographers drew lots to determine their shooting locations and were ferried away to the respective farms by 7am.

Geared with their trusty shooting gear, they searched for the perfect angles at the rustic farm retreat.

Despite the scorching heat in the summer, they worked tirelessly. By 3pm, they had to leave for the meeting point (the farm where they would spent the night) and sent in 20 of their best shots.

Forty-five photos — top five, 10 excellent and 30 consolation — would be selected by the panel each day, and at the end of the four-day event, grand prize winners would be determined based on their daily accumulated points.

Ng aptly described the contest as a photography marathon, which was both mentally and physically exhausting.

“Besides scratching my head each day in search of the best photos, competing with fellow experienced photographers was indeed a stressful affair,” he said.

On the first day, Ng scouted for “joy” on the grounds and forest of the Dakeng Leisure Farm in Tainan County. 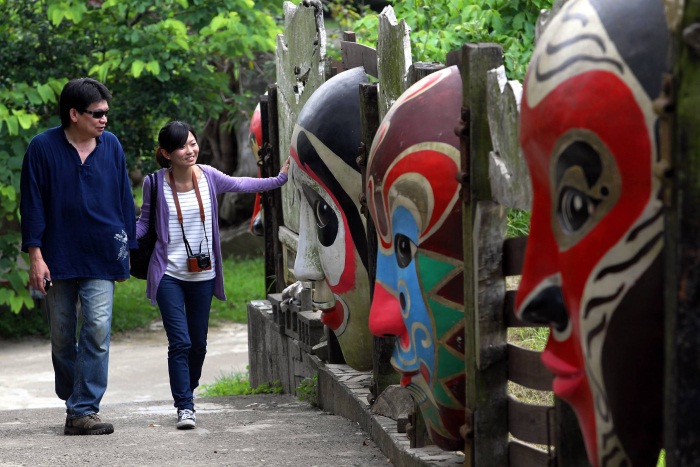 “There weren’t many visitors that day and in the end, my photo of two piglets lazing around in the muddy field in front of reception building, was placed third,” he said.

Next day’s theme “beauty” was an easier task for Ng at the Shuangtan Village in Miaoli County.

The wooden duck sculptures at the Sanyi Duck Factory and Chinese opera masks at Shanbanqiao Facial Mask Culture Hall were delicate and impressive.

Ng’s shot of a staff member in concentration painting a mask taken with a fisheye lens won the judges’ hearts and was placed first.

Shangrila Leisure Farm in Ilan County, which was buzzling with activities, provided many photo opportunities for the third day’s stint themed “power”.

Ng defended his top position with a photo of a visitor holding a giant bubble wand and her friend attempting to blow through the opening of the bubble film. 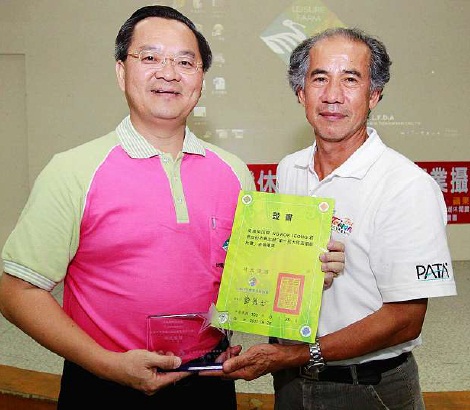 Four of Ng’s other photos also grabbed the fifth spot, and excellent and consolation prizes.

“It is a matter of capturing the right shot and the right moment,” he said.

For the last leg of the contest, Ng and other photographers took an one-and-a-half-hour’s train journey to reach Shin Kong Chao Feng Ranch and Resort in Hualien County.

The roads were closed as a typhoon was approaching so railway was the only access into the area.

“There, we met a couple on honeymoon holiday and photos of them spending time together in the garden befitted the theme of ‘happiness’,” Ng said.

Two of his photos — a family of three monkeys chilling out on a tree branch and a pair of butterflies extracting honey from the same flower — won the excellent prize while four others were selected as consolation prize winners.

All in all, Ng said Flying Cow Ranch in Miaoli County left the most lasting impression on him.

“The lush green meadow, akin to those in New Zealand, exuded a relaxing ambience,” he said.

“It is also great for families with kids, especially those who live in the cities, for a chance to get closer to the nature,“ he said.

To view all the winning shots, visit apple101.com.my 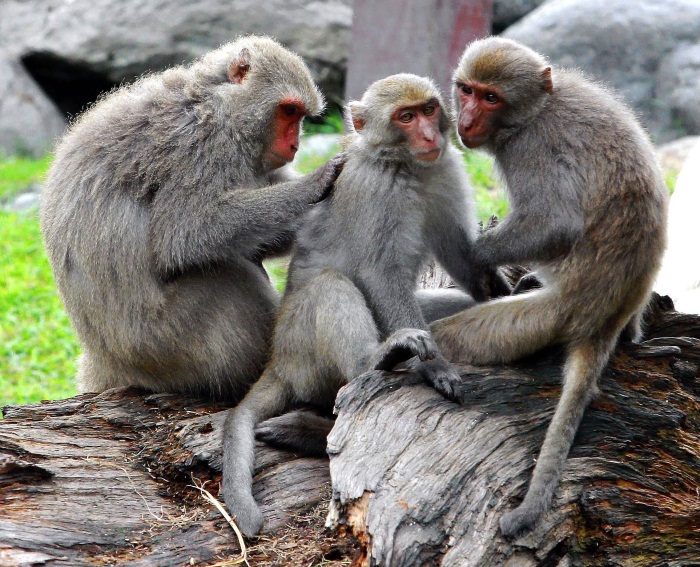 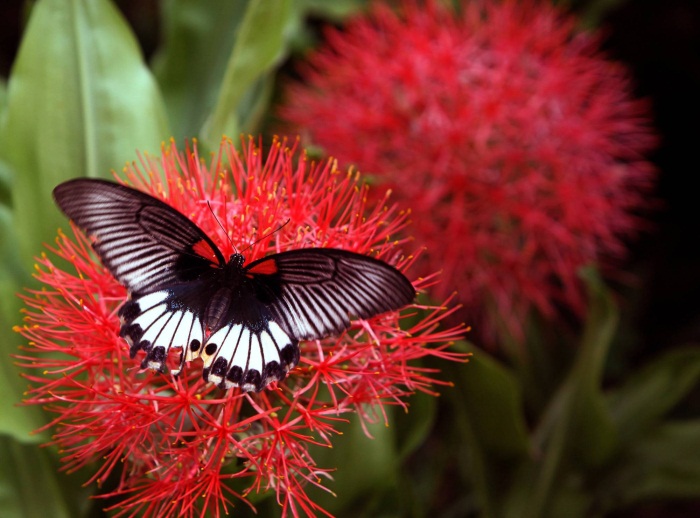 Upclose:Looking at the nature through a camera lens gives one a different perspective. This photo was taken at Flying Cow Ranch. 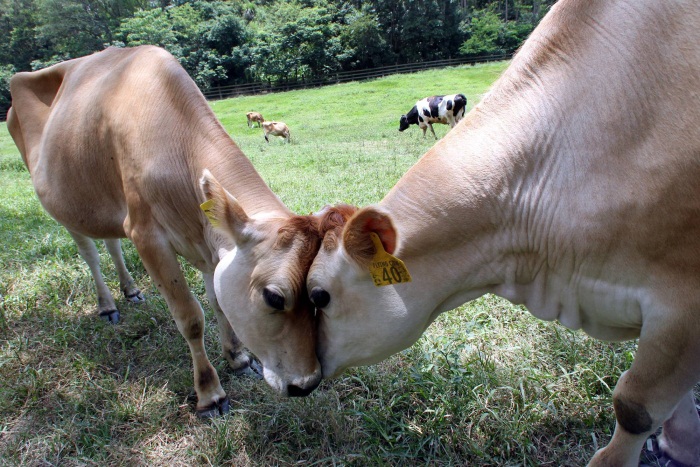 Rustic: Leisure farms in Taiwan, such as Flying Cow Ranch, gives city folk a chance to get closer to the nature and animals. 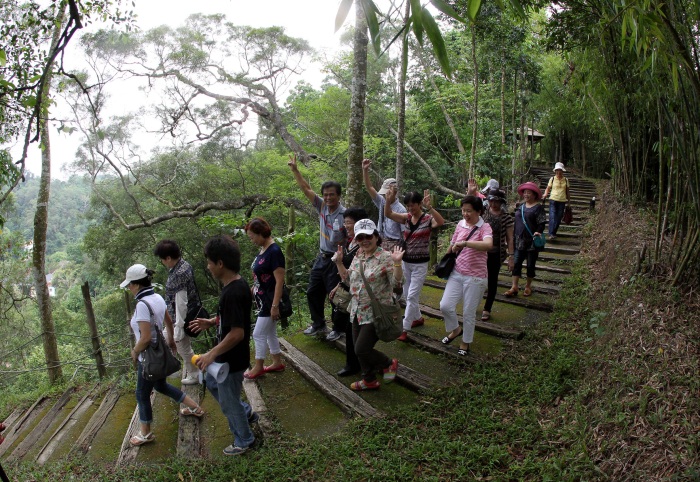 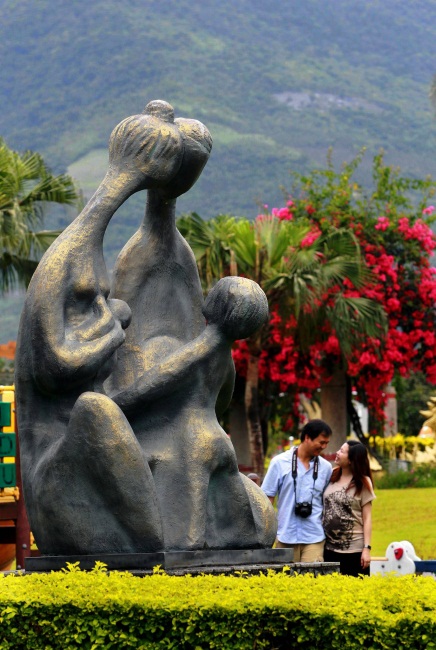 Happiness:Ng captured a moment of happiness of a couple strolling next to a sculpture of a family of four at shin Kong Chao Feng Ranch & Resort. 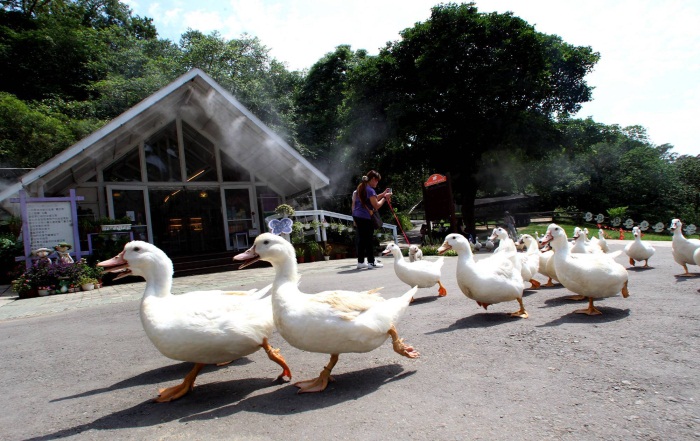 Animal Crossing: A flock of ducks spotted at the Flying Cow Ranch.