Forget the YouTube videos. If you want a real dose of cute cat, book a flight with Taiwan airline EVA Air.

The carrier has recently launched three Hello Kitty-themed aircraft [Chinese language], on which everything from the fuselage to the flight attendants to the food is kitted out in the kawaii cat brand’s images. 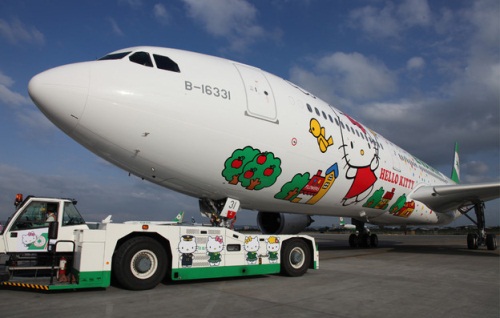 EVA Air spreads the message of love and friendship with Magic Jet, brings the world together with Global Jet and celebrates Hello Kitty's love of apples with Apple Jet.（Photo from courtesy eva air） 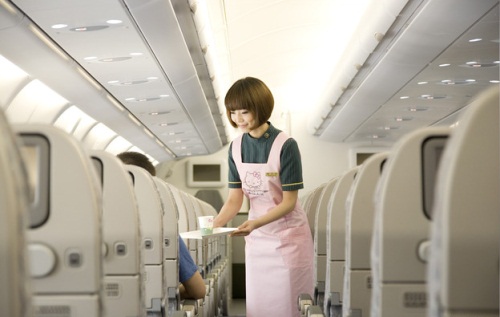 No matter how cute her smile, it can't compete with her apron.（Photo from courtesy eva air）

The two companies launched the first generation of Hello Kitty jets in 2005. That Kitty fleet was disbanded in 2009, after its licensing agreement expired.

The boarding gate in Taipei’s Taoyuan International Airport is pink and features a Hello Kitty playground. 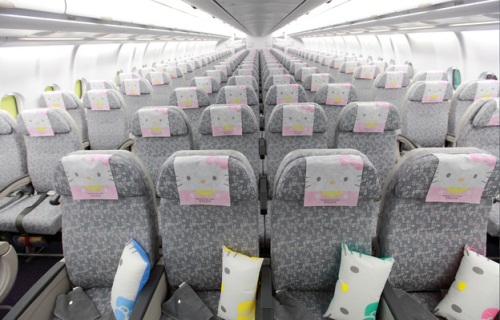 The only aircraft from which you might be tempted to steal the headrest cover.（Photo from courtesy eva air） 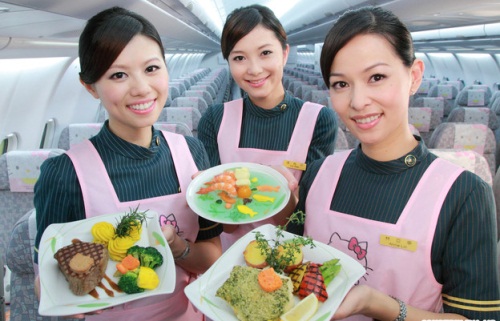 Whatever the dish, fliers get a small piece of Hello Kitty.（Photo from courtesy eva air） 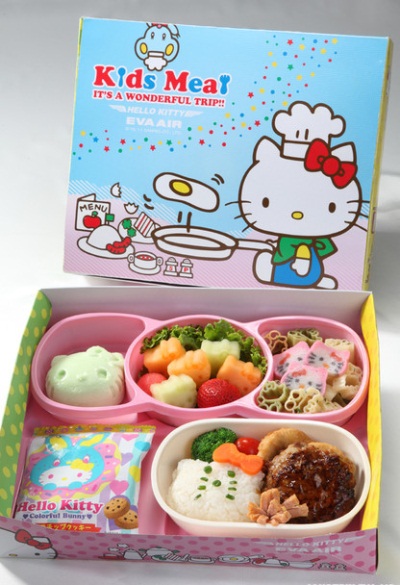 How to make airplane food palatable.（Photo from courtesy eva air）

A dedicated website (in Chinese, Korean and Japanese only) features Kitty White — Hello Kitty’s “real” name — from which we learn that Hello Kitty weighs as much as three apples and is as tall as five apples.

Text and photos from http://www.cnngo.com/