For a horrifying and thrilling experience, Universal Studios Japan is the place to be

首页 / 游人悠事 / For a horrifying and thrilling experience, Universal Studios Japan is the place to be
Facebook
Twitter
Google+

Halloween’s real fun this year at Universal Studios Japan because you get to experience for yourself Resident Evil, The Mummy and Friday the 13th.UNIVERSAL Studios Japan (USJ) is the place to be if you want an experience that is at once horrifying and thrilling. 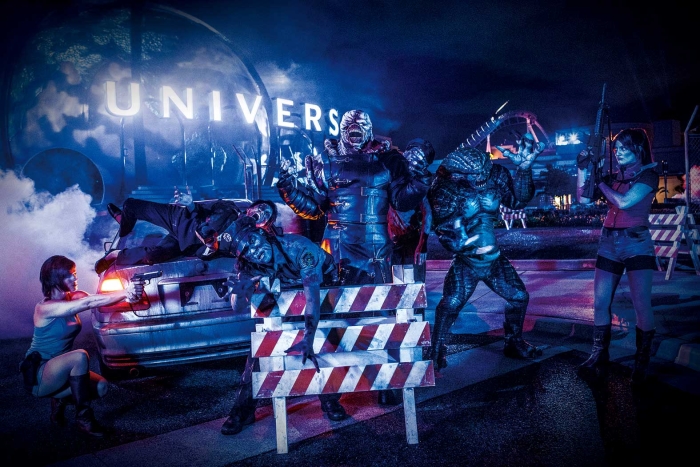 For a horrifying and thrilling experience, Universal Studios Japan is the place to be

Halloween’s real fun this year at Universal Studios Japan because you get to experience for yourself Resident Evil, The Mummy and Friday the 13th.

UNIVERSAL Studios Japan (USJ) is the place to be if you want an experience that is at once horrifying and thrilling.

The world-class theme park is located in Osaka, one of the major urban centres in the Kansai region, Honshu, the main island in the Japanese archipelago. As I checked into the official Hotel Keihan Universal Tower, I was happy that a childhood dream of mine was coming true at last. 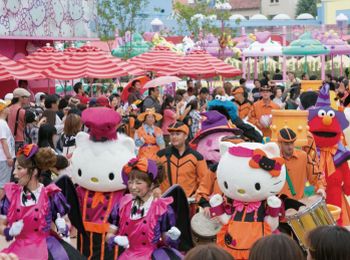 Spanning over 30,000sqm in size is Universal Wonderland, one of the USJ’s latest attractions. Newly launched in March this year with a total of 28 attractions, shops and restaurants within the area, it is a place the children love. Hello Kitty fans, too, are bound to squeal with delight as there’s a Hello Kitty’s Red Ribbon Collection store operating here.

This mega play land was created with the idea of bringing to life a child’s fantasy of playing in a neighbourhood populated by characters like Elmo and Big Bird from Sesame Street, Snoopy from Peanuts and Hello Kitty. Don’t be surprised if you run into a “real-life” Snoopy dressed as a pirate puppy or Elmo all togged out in a purple wizard robe.

I found it difficult not to be infected by the fun atmosphere here upon seeing children and adults in high spirits as they grinned and danced along to the Witch Doctor song. In the Snoopy Studios Zone, enthusiastic young kids patiently waited for their turns to knock on Snoopy’s door and invite him out with the magic phrase, “Treat or Trick!”. 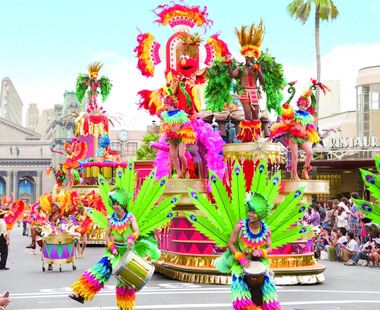 And my, was there excitement in the air when the opulent Parade De Carnivale rolled down the road, showing off nine extravagantly themed floats – among them Italy’s “Venetian Masquerade” festival, the “Rio Carnival” of Brazil and New Orleans’ “Mardi Gras”.

As night fell, however, the upbeat rhythms from Parade De Carnivale dissipated, as did the carnival atmosphere of the park… The mood quickly turned dark. There were horrific screams in random corners as the Walking Dead began to take to the streets!

I got the chills upon seeing these zombies in the designated horror zone areas. Oops, I had entered the infamous Raccoon City of Resident Evil (known as Biohazard in Japan). A part of USJ’s “Halloween Horor Night” event, running from Sept 14 to Nov 11, Raccoon city gave my system a big and sudden shot of adrenaline. The whole Gramercy Park area had somehow been transformed into a real, 3D Resident Evil setting with the use of high-resolution projectors, special audio and lightning equipment, and special effects.

And so it was with cold, sweaty palms that I took a deep breath and mustered the courage to enter the sophisticated replica of the Umbrella Corporation HQ. Inside, TV monitors repeatedly flashed warnings that said “infectees” (zombies, of course) had been discovered in the premises. That gave me the goosebumps, all right.

I was ushered into a research lab along with a group of scaredy-cats. There, in the centre of the spacious room, was an infectee, lying motionless. An intense sense of eeriness enveloped the room, and this was amplified by the crowd’s anxious silence as all awaited the horror that we knew would unfold.

I must say the person playing the infectee pulled off an incredible show, making us gulp as the character progressed from virus infection to “zombification”. 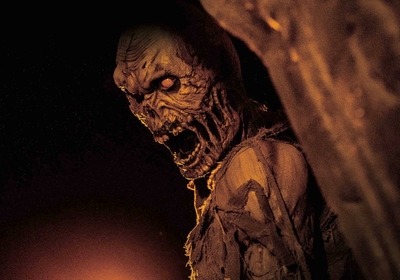 Unwanted surprises: Ghoulish-looking mummies hide in the least expected corners at the The Mummy Museum II.

The other Halloween attraction, The Mummy Museum II, based on the film The Mummy, was a different kind of terrifying experience. Clueless as to what awaited us, the group of people I travelled with started the adventure with a high-pitched scream. Yes, there were ugly, ghoulish-looking mummies hiding in the least expected places, giving us the jumps. And indeed, they chased us out of the ruins of the ancient Egyptian city with more screams.

The gruesome mansion of Jason, from the classic thriller Friday The 13th, was probably the scariest of all the Halloween Horror attractions. Its horror level was rated as high, and it was deemed to be inappropriate even for children in lower secondary school.

Well, that decided it for me. Never mind, my ego – I chickened out from entering Jason’s Blood Diner playground.

Those with time to spare on a trip here should visit Kobe city, also located in the Kansai region, in the Hyogo Prefecture. Kobe is a gourmet haven offering more than just its world-renowned and mouth-watering beef.

My first experience savouring Kobe beef was at the exquisite Plaisir Restaurant, named the Best Restaurant for 2011 by a popular restaurant review site in Japan, Tabelog. The beef here is to-die-for – the smooth aroma and flavourful after-taste of the Teppanyaki beef I ordered permeated the mouth in a heavenly way. 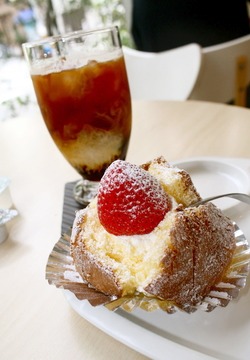 We also visited the Motomachi Cake Shop. It was difficult not to drool at the sight of their pretty cakes. Founded in 1946, the bakery and cafe is now run by its third-generation owner, Tatsuya Onishi. Signature items here include the Zakuro, a fluffy sponge cake with creamy custard filling and a fresh strawberry topping. The pineapple-based dessert cake named Ananasu was delicious. The cake was not too sweet, and the creamy custard was yummy without any oily after-taste.

My gourmet experience in Kobe was, of course, not limited to just fine beef and sinful desserts. We also made a detour to the Nada district of Kobe, which has a reputation for being one of Japan’s top rice wine (sake) producing region.

There are a good number of sake museums in the area, which would be just the place to gain some basic knowledge about this translucent drink so celebrated in Japan. Arriving at Hanshin Uozaki station, I took a short 10-minute stroll along Seiryu-no-michi Street to Kiku-Masamune Sake Brewery Museum. The museum is a wealth of information on the origins of sake and the various traditional tools (now preserved as national cultural assets) utilised to make the drink.

A trip to Kobe wouldn’t be complete without catching one of the finest views of Kobe-Osaka from the peak of Mountain Rokko, which stands 931m above sea level. Don’t worry, you needn’t huff and puff all the way up. Just take the relaxing cable-car ride up the summit and enjoy the panoramic view from the Rokko Shidare Observatory deck.

I found it therapeutic. The cool, gentle breeze and the lovely view made for a calm experience after so much hustle and bustle.

The trip was sponsored by USJ and Apple Vacations & Conventions Sdn Bhd. 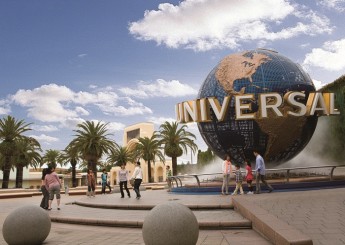 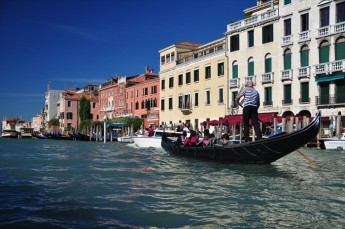