Visiting India is incredibly fascinating – very much like flipping through the pages of a history book. 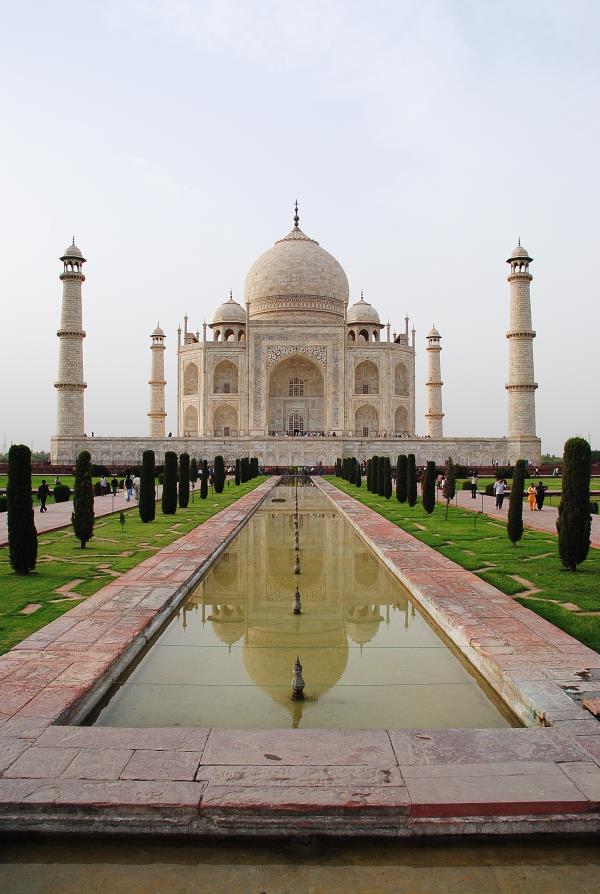 Visiting India is incredibly fascinating – very much like flipping through the pages of a history book. India is one of the longest surviving civilizations in the world. The old monuments and heritage are so well preserved that I felt as though the ancient civilization has lived till today. Modern development has only attached itself on the surface and has not uprooted the traditional way of life of the people.

This is a classic epitome of love story where Shah Jahan, the Mughal Emperor, built this as the final resting place for his beloved wife Mumtaz Mahal. It was a beautiful story of how Shah Jahan fell in love at first sight and got her hand in marriage. She was the favourite wife of Shah Jahan and accompanied him everywhere, even to the wars. It was during one of the military campaigns that Mumtaz gave birth to their 14th child and died of complications.

One of the great wonders of the world, Taj Mahal, was built on the banks of the Yamuna River. The Taj Mahal is an example of fine architecture with a perfect symmetrical balance. It was built with marbles and adorned with many varieties of semi-precious and precious stones. Islamic calligraphic inscriptions were carved over the walls throughout the whole complex.

In this trip, I had the chance to experience personally the meaning of blazing summer in India. Despite the scorching heat, travelling to India during the summer has its advantages too.

As it is a low season, there are obviously fewer people at the places of interests. Hence, you have more time to explore the place and take pictures.

Of course, there are some measures that we can take to overcome the heat. A cap or hat is a must to prevent direct exposure to the heat, wet tissues will help cool you down, taking a short rest or a bath during the hottest hours (1-3pm) is another cool measure.

This trip took us to the Golden Triangle of India which is popular tourist route comprising of Delhi – Agra – Jaipur. It is so called Golden Triangle because when you connect the three places on the place, it appears as a triangular shape. We flew in to New Delhi and from there the tour bus took us from Delhi to Jaipur and Agra for the journey through the classic history of India. Here are some of the most popular places in the Golden Triangle.

A trip to India would not be complete without a visit to Taj Mahal. PCP members put this on the record. 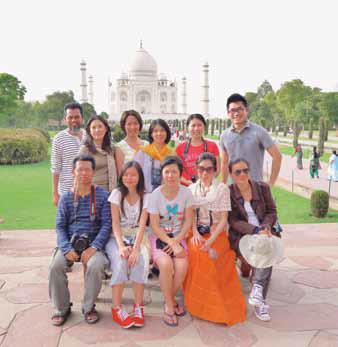 The complex is surrounded by red sandstone walls, quarters, towers, gardens and gates that are well designed. 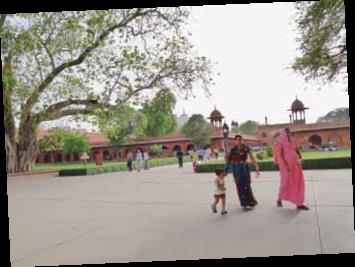 This red sandstone fort stands majestically on the hill along the Yamuna River and commands a full view of the Taj Mahal. Some of the buildings inside the strong red fort were made of pure marble with intricate carvings. There were also hollows in the walls that allow water to flow as cooling system, similar to those in Amer Fort.

Agra became an important and flourishing city as well as a centre of art, culture, learning and trade during the reign of Akbar, Jehangir and Shah Jahan of the Moghal Empire. Many of the skilled craftsmen who carved the marbles, made the jewellery and artpieces for the royal family lived here in Agra. 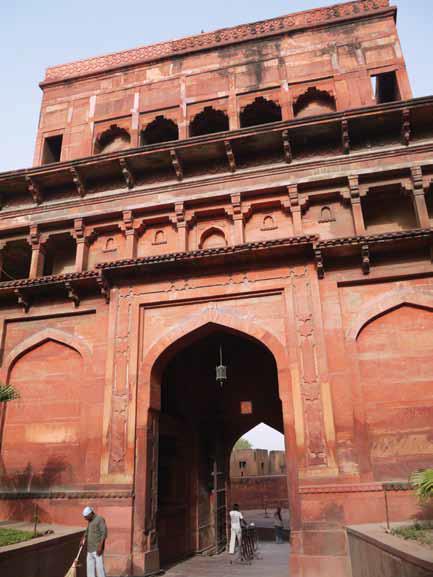 Shah Jahan was imprisoned here by his son where he spent his last days watching over the Taj Mahal from the beautiful balcony. 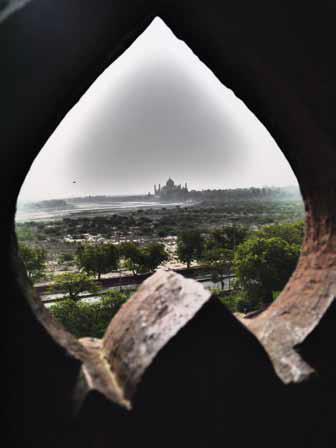 Constructed around 1199 by Qutab-ud-din Aibak, this monument was built to commemorate his victory over the Rajput King. The Qutub Minar has stood the test of time and it is still standing after witnessing many wars and surviving the ravages of several earthquakes. Qutub Minar is a World Heritage Site surrounded by a lush green garden and several artefacts.

Qutub Minar is a great masterpiece of Moghul architecture. The red sandstone monument is an exquisite example of Islamic architecture consisting of 5 levels with unique designs. The verses of the holy Qur’an are carved on the walls of the monument. 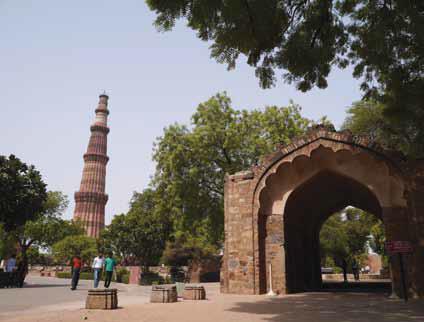 The Iron Pillar is located in the gardens of Qutub Minar along with other Moghul architecture and artefacts. This monument was built by the King of the Gupta Dynasty which ruled India during the 3rd century A.D. As the name Iron Pillar indicates, this monument is a solid pillar made of iron. It is a great wonder that the ancient people already had very good knowledge of metallurgy. The monument has stood there over 1,600 years and yet there is no sign of rusting. The Iron Pillar has more than 50m of height with part of it buried underground. 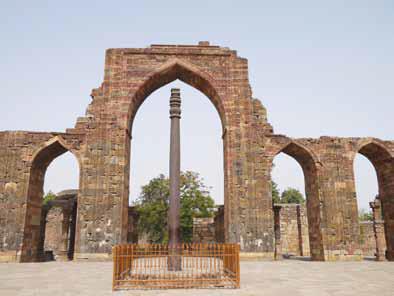 Some carvings of apsaras were also found along with other artefacts. Classic and romantic – the Amer Fort is the most famous attraction of Jaipur in the state of Rajasthan. Amer Fort is also known as Amber Fort. It is a fort and a palace with wall paintings and carvings with embedded precious stones and mirrors that gave this place it magnificent appearance.

Raja Man Singh I, a King of the Rajput Maharaja dynasty built this Amer Fort in the 16th century. Made of red sandstone and marble, it is situated on a hill above the Maota Lake about 11km away from Jaipur city. Visitors take the elephant ride up the slope to the entrance of the fort – Sun Gate, and feel like a maharaja for that short moment. The other option is to take a jeep ride or walk up the path to the fort. The fort has a panoramic view of the Maota Lake and Amer village in the valley. 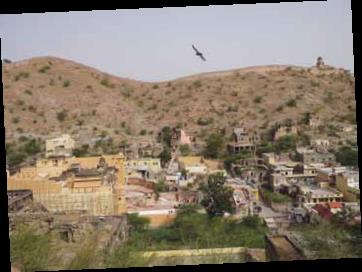 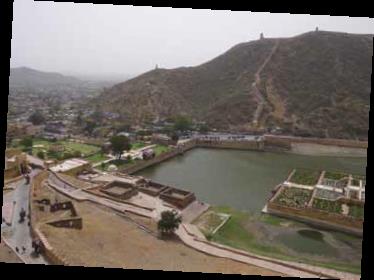 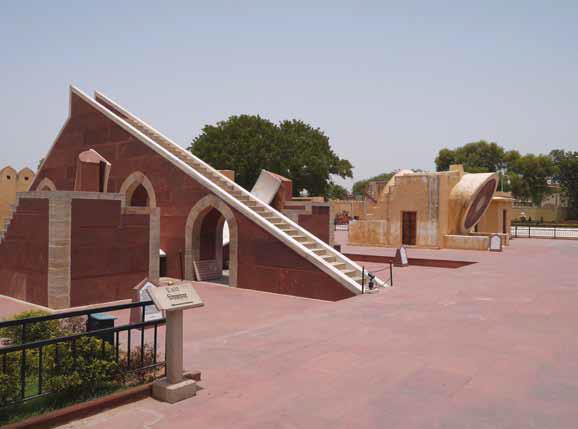 This is the mirror palace which is decorated with mirror mosaics and coloured glasses that made it look like a jewel box glittering under the flickering light of the candles. Zenana was the living quarters the queens and the concubines at Amer Fort Palace. The Maharaja built secret corridors and stairs so that he could visit the woman of his choice without being found out. All the rooms lead to a common corridor to this courtyard of Man Singh I Palace. 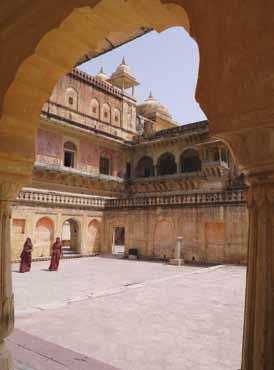 This is another famous landmark which is located at the bazaar area in Jaipur city centre. It is a huge wind screen made up of many fine crafted sandstone windows. This pink architecture was made for the ladies of the royal palace to watch the processions or everyday life on the streets without being seen by any outsider. 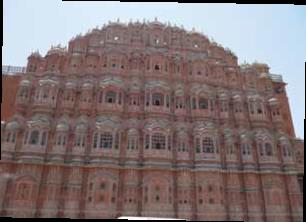 Life at the bazaar (Jaipur)

The bazaar is always an interesting place where we can catch a glimpse of the kaleidoscope of local lifestyles.