Obidos, The Wedding Town of Portugal

The advantage of not doing research before travelling is that you might chance upon a great surprise in the trip. 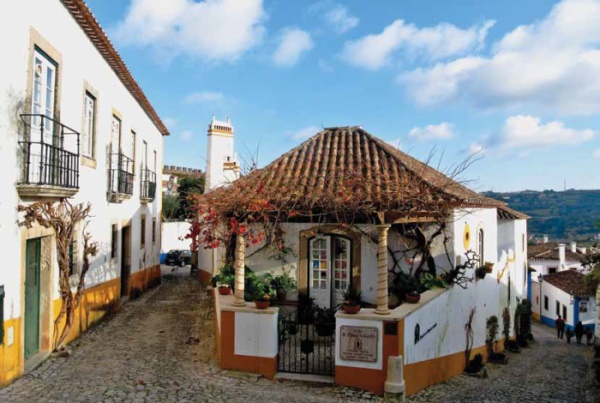 The name “ Obidos” sounds magnificent to me. I heard that it was probably derived from the Latin word Oppidum which means “citadel” or “fortified city”.

It was an old tradition of Obidos in which the Kings of Portugal used to offer this place as a wedding present to their Queens. Hence, Obidos is also known as the ‘Town of Queens’ or “The Wedding Town”.

It is no doubt one of Portugal’s most classic walled settlements, a magical place so filled with culture and heritage. Walking the ramparts, visitors can enjoy views of windmills, vineyards and surrounding farmlands. 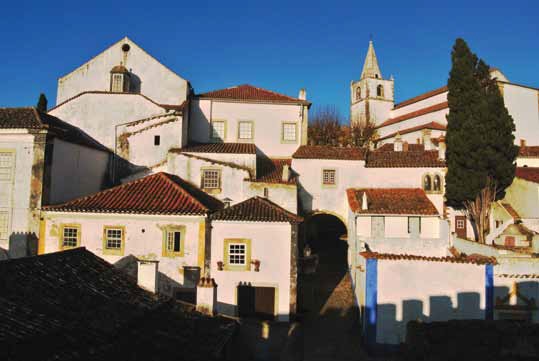 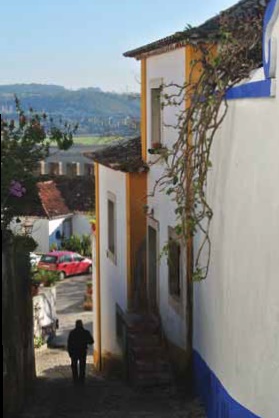 When I alighted from the bus, I immediately head into the town. At the entrance I saw many Christmas decorations being put up for a competition. People were busy moving around the town adding to the festive mood. Passing through the city gate, I felt as though I have returned to the middle ages. After the gate, there were cobblestoned pathways and cute little whitewashed houses on both sides. The uniqueness of the town is that the houses are painted in yellow or blue stripes at the edges with bougainvillea creeping up the walls. It was such a fascinating sight.

Another attractive feature of this town is the chimney of each house that comes in different shapes and sizes. It is for this reason that Obidos is one of the most beautiful towns in Portugal. 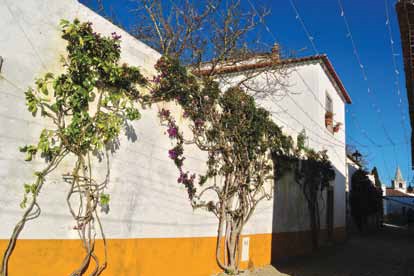 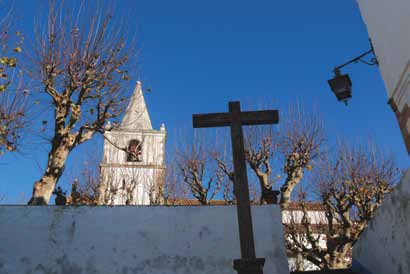 I like Obidos because its colours are not splashy but complementing. It is the nostalgic ambience of the town that impressed me most.

As the town is built on a hill, it has many winding paths and stairways; quite suitable for a leisurely stroll to experience the tranquility of the small town amidst rows of attractive curtains on both sides of the lanes. 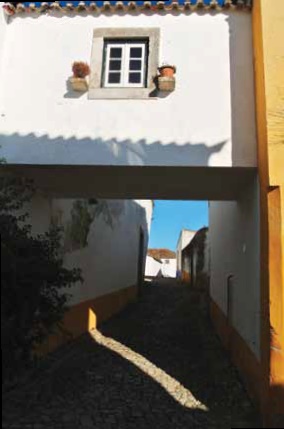 Though Obidos is a small town, spending 1 day is enough for you to cover the whole town. However, it is a pity if you do not stay 1 or 2 nights in this enchanting old town. The most interesting place of this small town is the castle on the hillside; from there you can have the full view of the whole town. Standing amidst the breeze you can see rows of white houses, shadowed in the sunset and sunrise, while exhibiting their true colours and atmosphere.

Obidos is famous for its cherry wine which has a sweet-sour taste. Many stores are selling the cherry wine in chocolate cups so that you can eat up the cup after drinking.

The Legend of Obidos

Obidos, is located at 110km North of Lisboa, Portugal, a hillside town of 80 meters above sea level. This picturesque town with flowers decorating the white washed houses and cobbled streets is completely encircled within the walls of a 12th century castle.

This place was inhabited since 308 B.C. During the 13th century Queen Isabel came here for a visit and was marvelled by its beauty. She described Obidos as a pearl lodged by the Atlantic Ocean. King Dinis gave this town to Queen Isabel as her wedding gift. For this reason, Obidos became known as the “Wedding Present Town” or
“Pearl in the Valley”.

From then onwards, Obidos was under the rule of Queens from the medieval period until the 16th century. In the 14th century, King Fernando carried out a remodelling on the castle. It was known as the “Queen’s Town” until 1833 A.D.

Many of the royal family choose to spend their golden years here in Obidos. Due to this, Obidos has become a place which associated with fairy tales and serenity in Portugal.