With Impression Melaka, Boo believes the state is on its way to becoming more than just a stopover for travellers going to Kuala Lumpur or Singapore. 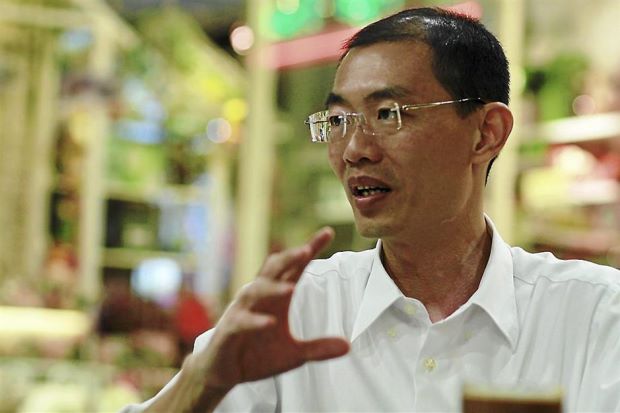 Boo Kuang Loon’s plan to stage one of China’s most impressive shows, amid the old-world charm of Malacca.

BY LIZ LEE
WHAT distinguishes a tourist attraction from others is the impression it engraves on its visitors – and that is Boo Kuang Loon’s (pic) plan to stage one of China’s most impressive shows, amid the old-world charm of Malacca.

Boo is the man who will make Malacca the first venue outside of China to stage one of the Impression series, a one-of-a-kind outdoor theatre production that has been running only in China for more than 10 years.

“The directors (of the shows) tell me they have been approached by interested parties from about 150 cities, like Singapore’s Sentosa, Taiwan’s Mount Arisan, Dubai, Bahrain and Vancouver, to bring the Impression production to their cities but it has never been fruitful,” Boo tells StarBizWeek. This is because the directors did not have the “right feel” from the cities proposed.

Malacca, however, struck a chord with directors Zhang Yimao, Wang Chaoge and Fan Yue when they paid the state a visit in October last year. Perhaps it is the ties China has with Malacca and Malaysia since the time of Admiral Zheng He, Boo says.

Boo has been employed in Kuala Lumpur for two decades now, but as a Malacca-born, his hometown never lost a special place in his heart.

With future projects planned for Malacca under his company PTS Properties Sdn Bhd, Boo wanted to introduce a catalyst to the history-rich state to reinvent and enhance his homestate’s tourism.

“I always looked at Malacca as a place with high growth potential as it is a mid-point between Kuala Lumpur and Singapore,” he says, “I’ve always wanted to contribute to the state.”

He recalls searching for that anchor component for his future development plans in Malacca, with the initial idea of building a musical fountain near the seashore. However, consultants advised against it due to technical difficulties.

“My architect reminded me about Impression, and I thought that Malaysia was ready for this,” he says of choosing Impression over the myriad attractions in the global entertainment industry. “I’ve watched a couple of the Impression shows in China before but I didn’t think I could be able to bring such a big-scale attraction to Malaysia then.”

After countless attempts of getting in touch with the people behind the Impression shows, Boo finally met the directors in July last year.

Impression Melaka is placed under the National Key Economic Area as an Entry Point Project.

PTS Impression is the special purpose vehicle set up to oversee the set development, performers’ training, operations, and management of the entire production.

With the collaboration set in stone, PTS Impression has only to get the directors’ approval of the chosen location to begin building the performance area.

“We have identified the location, which needs be 20 to 30 acres, but we need to see if the directors think this is the best venue to stage the show,” Boo said of the show that will be a permanent fixture in Malacca.

One of the criteria was that the selected location had to feature surroundings that reflect the Malacca culture. Although PTS Impression has initially planned for a seafront area, Boo says the production may not be staged by the sea at all.

What is important to Boo is a location just beyond the bustling parts of Malacca, away from the traffic congestion yet highly accessible.

However, he says PTS Impression is looking at a joint venture or acquisition deal on an equity basis for the land. The landowner, he says, is a state government agency.

“We will have a kampung scenery and some Islamic elements as part of the backdrop, depicting Admiral Zheng He’s voyages and the Malacca sultanate,” he reveals.

Boo says the entire production requires an investment of between RM250mil and RM300mil, largely funded by local and foreign investors with some bank borrowings.

The return on investment, however, would take longer than the China Impression shows as Boo intends to price the tickets for Impression Melaka lower than its counterparts.

While the China shows are priced between 260 yuan and 800 yuan (RM134 to RM412), PTS Impression’s target ticket pricing is between RM130 and RM150 because “I would like to make this production more affordable to Malaysians. I want to give more Malaysians the opportunity to enjoy it”.

A lower ticketing fee means a longer payback period for PTS Impression. “For the China productions, it usually takes three to five years to recoup the investments but here, we will need five to six years.”

On economic value, Impression Melaka is expected to contribute a gross national income of RM179mil annually, via the 1.2 million tourist traffic Boo expects it to draw.

For Malacca, it is estimated to boost the state gross domestic product by 3.7%. Last year, Malacca recorded 13.7 million tourist arrivals.

More than a stopover

With Impression Melaka, Boo believes the state is on its way to becoming more than just a stopover for travellers going to Kuala Lumpur or Singapore. “Many people only make Malacca a day-trip, putting up at night in Port Dickson or Kuala Lumpur.”

This is because Malacca does not have many night attractions besides Jonker Street, he admits.

But if tourists are expected to flood into the small city-state, Malacca would need to prepare itself to accommodate the tourist demands.

“Currently, Malacca has mostly backpacker hostels, budget hotels, chalets and such, and it would need more rooms when Impression begins showing,” Boo says.

There are only four five-star hotels and 12 four-star hotels to service tourists who are willing to spend more, numbers Boo finds to be insufficient.

In anticipation of the demand, Boo plans to bring in a chain of high-end hotels. PTS Properties is already in talks with hotelier names like Starwood Hotels & Resorts, Marriott Group and other international brands.

Aside from hotels, PTS Properties is also planning a tourist village featuring a “food street” and a “souvenir street” to showcase Malaccan cuisine and knick-knacks for tourists.

These hospitality and retail components will be developed concurrently with the performance area.

Boo also has a vision of enhancing Malacca’s value as a second home destination.

“Malacca is a good place to stay,” he says. “It is quite safe compared to the big cities and in terms of logistics, it is strategically located between Kuala Lumpur and Singapore.” With the High Speed Rail to snake through Malacca, it seems the future bodes well for the property sector in the state.

PTS Properties’ plans to build residential and retirement homes around the Impression performance area. Boo says this would be some three years down the road, however, as the company focuses on the show itself as well as the hotel and retail projects.

Being an outdoor theatre, its unique setting will have to brave the tropical Malaysian weather, as with the audience.

“We have done our survey and found that in the past five years, rainfall in Malacca happened only around 40 nights per year,” he says, comparing with the winter seasons in China during which most of the Impression series would have to take a break.

“Of course, the audience already know this is an outdoor performance. And raincoats are provided when needed,” he says. The 75-minute show will be staged twice daily beginning October 2014, in line with the Visit Malaysia Year 2014 campaign and 40th anniversary of Malaysia-China relations.

Two of the highlights of the Malacca production would be its junk-shaped stage ala Admiral Zheng He’s fleet and the 360-degree rotating platform for an audience capacity of 2,000. The revolving mechanism has been used for two other Impression productions in China but for a smaller audience capacity of 1,200 only.

Boo says there is only one company from China with the patent to build the platform.

As for the theatre performers, Impression Melaka will follow the original Impression template, employing 150 to 200 local people to act. 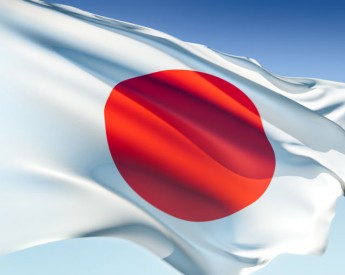 The Start of a Legacy: MATTA Awards