Porto, one of the oldest cities in Portugal, has a long history as a bustling riverside city for trading and transportation. 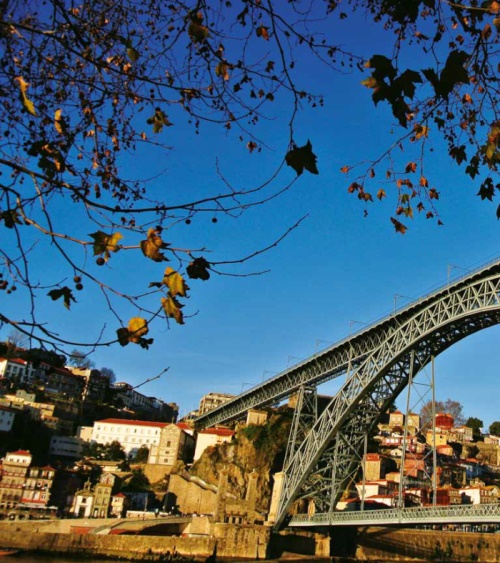 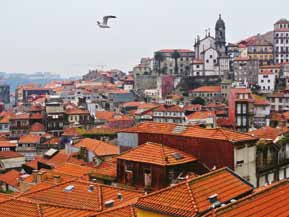 Porto, also known as Oporto in English, is the second largest city in Portugal, after Lisbon.

Porto, one of the oldest cities in Portugal, has a long history as a bustling riverside city for trading and transportation. It lies on the banks of the Douro River. Across the river is the largest wine cellar and shops. The wineries of Porto have apparently adopted the modern technical processes but the wine business is still maintained as the traditional family business. When you see numbers of boats mooring at the riverside you will realize why Porto is the city of wine. These are the boats that are transporting barrels of wine from the wineries to the wine outlets. It is no wonder that Portugal’s internationally famous export – the Port Wine – is name after Porto. 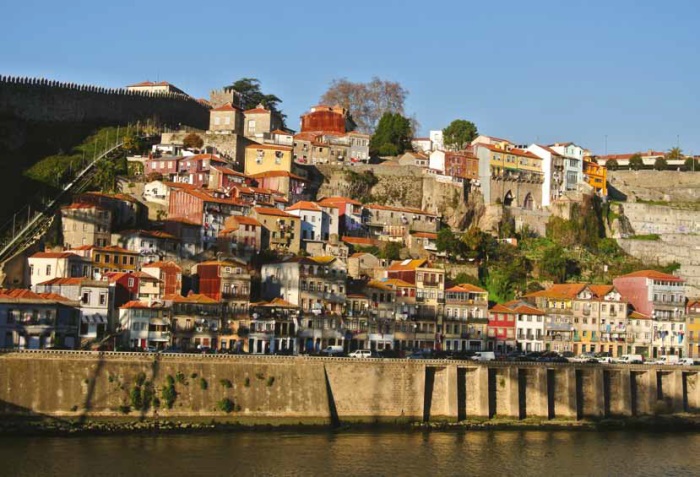 The historic centre of Porto was declared a World Heritage Site by UNESCO in 1996.

Sandeman is the one of the largest wineries in Porto. It is one local winery that produces many different types of wine. And it is also known as the museum of wine. The logo of Sandeman wine is a silhouette of the Don dressed like the Spanish caballeros de Jerez in a Portuguese student’s cape and widebrimmed hat with a glass of wine. The Don became the first iconic logo for a wine. 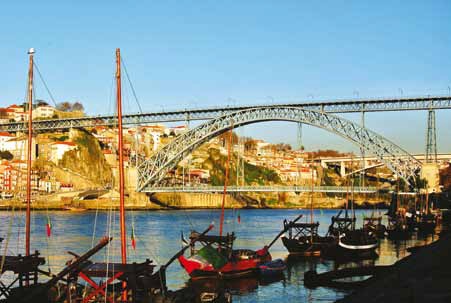 The city was built along the hills overlooking the Douro river estuary.

Douro River has another attraction – the iron bridge of Ponte Dom Luís l. It was designed by a designer of the Paris Eiffel Tower and it has become the landmark of the Porto City. It is a double decked iron bridge, the upper level is used for train network and the lower level is for vehicles. Although it is a two level bridge, it also has a sidewalk where pedestrians are be able to enjoy the beautiful views of Douro river while crossing the river.

If you are one of the tourists who have very limited time, you are recommended to get the “Tourist Day Pass”. It only costs you 25Euro. With this pass you can take rides on the tourist bus around the old town of Porto. A translation headset is also provided to those who have language barriers.

One of the famous landmarks of Porto is the Clerigos Clock Tower which is located beside Igreja dos Clé rigos Church. It is situated in the middle of the city, at a height of 75.6m, you will definitely not miss it. It has 225 steps in the building, when you are at the top of the building you can see panoramic view of Porto city.

On the left side of the tower, is the Portuguese Photography Museum – Centro Português de Fotografia. Converted from an old prison, this museum houses many old cameras and also hosted many photography exhibitions.

There is a famous bookshop tucked near the clock tower. It is known as one of the world’s most beautiful bookshops – Livraria Lello. It was built in 1881; the interior of the bookshop exudes an elegant feeling. Up the curvy staircase is a cafe where visitors can enjoy a coffee session and experience the antique atmosphere of this classical bookshop. Apparently, while J.K Rowling was writing the first book of Harry Potter, she was teaching in Porto and this place was one of the scenes in the story.

Walking towards to the riverside, you will pass by a Liberty Square and you will see the Porto old railway station-Estação de São Bento. It is the oldest railway station and in operation now. When you enter the railway station hall, you will see a big piece of art made from ceramic tiles by Jorge Caloco. It was made to tell the history of Portuguese,
it is one of the greatest art-pieces in the early 20’s centuries.

Porto old town is built on the hill side and hence, the houses were built on slopes. Most of the buildings still retained the traditional handmade ceramic tiles on it but the colours are fading off with the times. 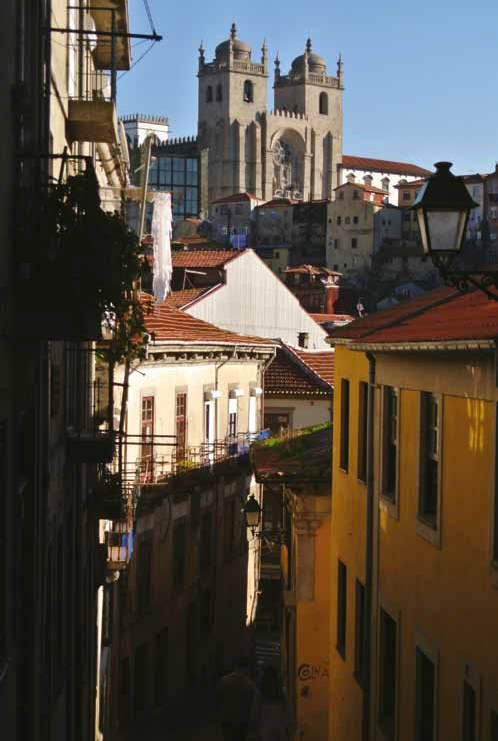 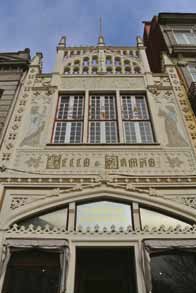 Livraria Lello is one of the most beautiful bookstores in Porto and the world. 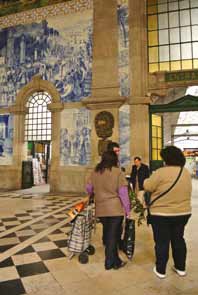 The historical station is known for its tile (azulejo) panels that depict scenes of the History of Portugal. 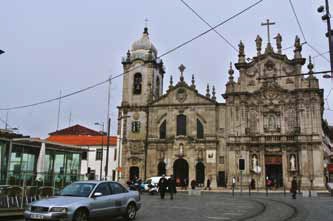 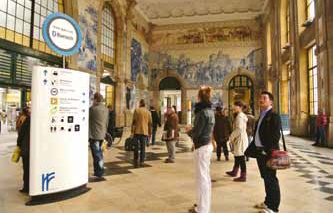 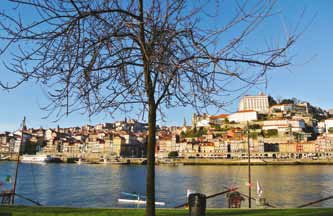 The city is extremely hilly, with many buildings built into a cliff face that overlooks the river. View of the old houses

About Porto
Porto is also known as Oporto in English. It is the second largest city in Portugal, after Lisbon, and one of the major urban areas in Southern Europe. People have been living in this place since the early of 4th centuries BC. The Porto town was built in the 5th century.

As the Portugal’s second largest city located by the Atlantic Ocean, this port city has a population of 263,000 people. The Douro River runs through the city, passing under the beautiful bridge. Till today Porto still retains its nostalgic atmosphere.

Porto is also known as a the home of wine, top grades grapes that grow in Douro River basin are the main material for brewing the best grape wine. The Douro River is the main waterway for transporting the wine out from the city since the olden days.

Since the 12th century, Porto has gradually transformed into a city with modern technologies, and it has a distinct Cultural District and the Business District. When it comes to the 20th century, it has become a bustling business area. Other than winery, Porto is also known as the home of football as their football club has won the 2003/2004 Euro Championship.

黑暗中的小旅行 · Dialogue in the Dark