The World’s Most Illuminated Christmas Tree at Universal Studio Japan 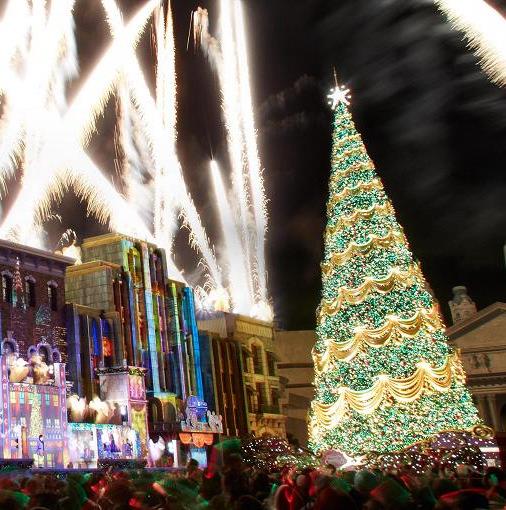 The World’s Most Illuminated Christmas Tree at Universal Studio Japan

A night show “The Gift of Angels II – The Song of an Angel –“ will be held in the Park this year again in response to expectations of many guests. Guests will experience a heart-moving climax at the moment when the Christmas tree is lit up and the stage is enveloped with spectacular lights created by a magnificent pyrotechnics (fireworks for stages), projection mapping, and overwhelming illuminations from the Christmas tree. Moreover, this year a new show, “Joy of Lights,” will make the World’s Most Illuminated Christmas Tree even more attractive.

During the daytime, new programs for families will be offered, such as Santa’s Toy March, a parade in which child guests can participate, and Santa’s Christmas Concert held at the Universal Wonderland. Enjoy this winter at the Park, the place that offers you the best Christmas-time, and deepen your bond with your dearest ones.

*1:Based on the results of USJ Co.’s in-house questionnaire survey for Park guests conducted from December 15 to 25, 2012
*2: “Largest number of lights on an artificial Christmas tree” (328,049 light bulbs, as of October 29, 2012). Guinness World Records™ is a registered trademark of Guinness World Records Limited. The number of light bulbs placed on this year’s Christmas tree will be announced at a later date.

a new show featuring the Christmas tree Illuminations, conveys your message to your dearest ones from the World’s Most Illuminated Christmas Tree.

A fantastical new show of illuminations and music, “Joy of Lights,” will be held embraced by illuminations from the World’s Most Illuminated Christmas Tree. During the show, messages submitted by guests will be projected on the stage screen by projection mapping along with the world’s most brilliant lights to convey their feelings to each of their dearest ones. Details of the submittal of message for projection will be announced on our official website at a later date.

a new daytime parade, will be joined by about 100 child guests in each time!
Popular Park characters dressed in costumes themed around toys and cakes parade on five colorful floats. Each parade marches along with about 100 adorable children in Santa Claus costumes, flashing smiles at spectators along the street.

At the climax of the parade, Santa Claus, the children’s favorite, appears like magic! The parade will make a lifelong happy Christmas memory for both children and their families. 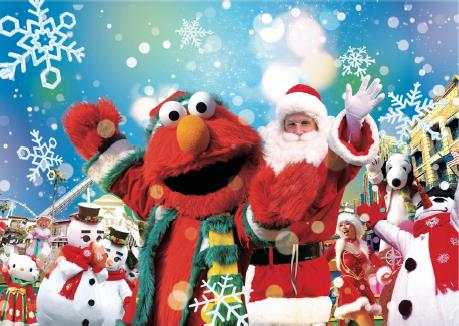 ——Snow falls like a dream, and beaming smiles of children spread——
Santa Claus will appear from a chimney at Universal Wonderland!

A new show featuring children’s favorite Santa Claus takes place for the first time at the very popular family area Universal Wonderland. In response to children’s call, Santa Claus suddenly appears in front of them after exiting from a chimney. He enjoys Christmas music at the concert while ringing a Christmas bell. In the finale of the concert, snow begins to fall as a pleasant gift for innocent children who believe in Santa Claus. Fully enjoy your precious Christmastime with your children at colorfully decorated Universal Wonderland.

The Gift of Angels II – The Song of an Angel – is sponsored by Edion Corporation, a Corporate Marketing Partner of Universal Studios Japan.