Leisure travel used to be viewed as something of a luxury enjoyed by the well-to-do, but thanks to budget airlines and do-it-yourself internet options, more people are taking the opportunity to see the world these days. 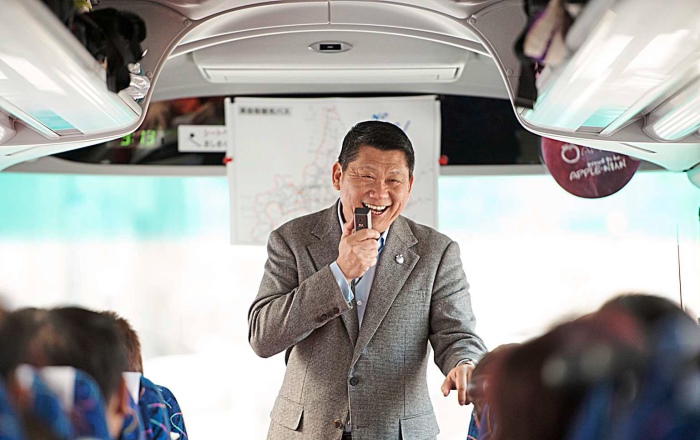 Despite his position in the company, Lee
still takes time to lead tour groups.

As more tourists traverse the globe in search of unique experiences, no one can be happier than Datuk Lee ee Hoe and Datuk Koh Yock Heng, founders as well as group managing director and deputy respectively, of Apple Vacations & Conventions sdn Bhd.

Both are tour guides at heart and have been in the travel industry pretty much all their lives.

Lee and Koh’s experience in organising tour activities go all the way back to their school days in Johor.

These childhood friends were avid scouts and regularly planned exploratory scouting trips for their school troops.

They took this interest a little further after secondary school by becoming licensed tour guides in Malaysia before pursuing their tertiary education in Japan in their mid-20s.

And even then, Lee and Koh continued to take on part-time jobs as tour guides in the Land of the rising sun.

Although both are economics graduates from the Tokyo international university, Lee saw an opportunity to start his own tour agency when he returned to Malaysia.

“in the mid-1990s, parents were keen to send their children to eastern countries such as Japan and Taiwan to continue their education because of the Government’s Look east Policy.

“However, many were unfamiliar with these countries. Having gone there ourselves, we thought there was an opportunity to serve people who wanted to travel to Japan,” Lee said.

With limited tour offerings to Japan at that time, Apple Vacations’ founders banked on their experience to provide a more customised experience.

Lee, who was the first to return to Malaysia, handled the outbound traffic back home while Koh took on the inbound duty in Japan.

Although they have years of experience in guiding tours, business was not smooth sailing when the company was established in 1996.

With a few big and established players already in the market then, Lee said it was not easy for Apple Vacations, a newly established outfit, to deal directly with airlines and other partners.

“We were not recognised and did not have a lot of capital to pay for higher fees. so we had to work harder and provide better service to build the brand and customers,” he said. 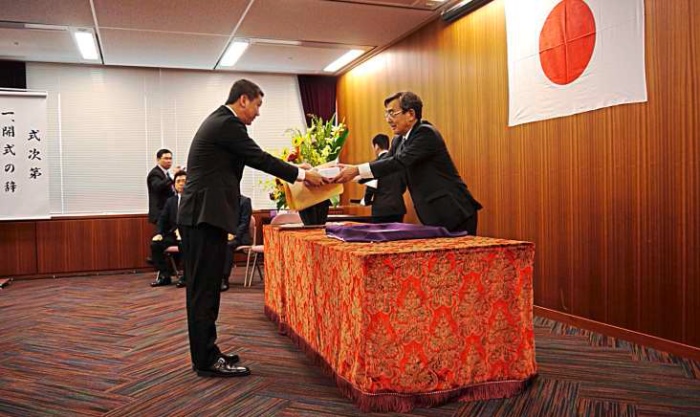 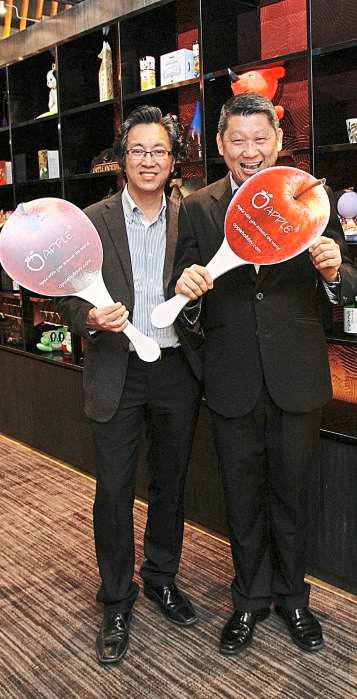 Koh and Lee have known each other ever
since they were boy scouts in school in
Johor.

Travelling with the times

Koh observes that travelling patterns have changed a lot in the last 18 years since they entered the business. While most tourists
were content to travel in large groups 10 years ago, travellers these days prefer to move on their own with customised itineraries.

“With the changes in travel trends, we have to be very market-oriented to stay ahead,”Koh said.

In Malaysia, the market is particularly segmented compared to other Asian countries like Hong Kong and Taiwan, due to the different cultures here.

In more homogeneous countries, it is easier to draw up travel packages that appeal to a wider group of people. But in Malaysia, the different cultural groups have different preferences.

Thus, there is a need to find a Malaysian style of doing business to meet different needs, said Koh. He believes that looking into the details is the key to success.

To ensure their products continue to interest customers, Apple Vacations has turned to offering themed tours so that travellers are able to go for a specific experience.

“Our tours are the type of visits that people dream of going but there is nobody who will bring them there, maybe because they are not the popular packages.

“For example, we have a tour for people to experience the northern lights, which is rare in the market,” said Lee.

Although Apple Vacations has enjoyed a successful run so far, Lee continues to lead some of the tours himself to remain at the frontline of servicing his customers.

Lee enjoys the experience of leading tour groups and educating them on the culture of a new country. Some of his most memorable trips were to Tanzania and Kenya.

“It is interesting to watch the animal migrations there, to see these herds of animals travelling three months across 500km to ensure their survival. It is like watching the circle of life happening. Our tour groups, all dressed in their safari outfits, would be excited to be able to witness the migration,”
he says.

Apple Vacations serves some 50,000 to 60,000 customers a year and the company has invested heavily in advertising and promotions (A&P) campaign to ensure their consumers are continually aware of its offerings.

The company spends more than RM1mil on A&P annually, said Koh, with a 15% to 20% increase in the A&P budget every year.

Lee and Koh’s efforts in building the Apple group of companies have paid off handsomely.

Moving up the value chain

While it may seem a rather expensive diversification compared to its core business, Koh said, “Businessmen see where the opportunities are. There are a lot of budget hotels around, but there is a need for small mid-range accommodations with unique characteristics where it is not downright cheap like the budget outfit or pricey with a four-star charges. We decided to cash in on this opportunity.”

Lee and Koh have big plans for the Apple Group.

The company will also be launching a 222-room hotel behind Avenue K mall in Kuala Lumpur come July, with more hotels in the pipeline.

They have also tied-up with Marriott International to open a hotel in Malacca.

“We have a lot of plans in Malacca to encourage tourists to stay longer in the state. This includes being involved with the Impressions (series of outdoor musical shows) project there. We are excited to be able to work on these opportunities. We have the experience in travel business and want to help improve the local travel facilities,” Lee said.

They are looking at growing the company into a RM1bil public-listed firm by 2018 with a workforce of 500 people.

“And we believe it is possible. We are growing and we just need to keep working hard,” he said. 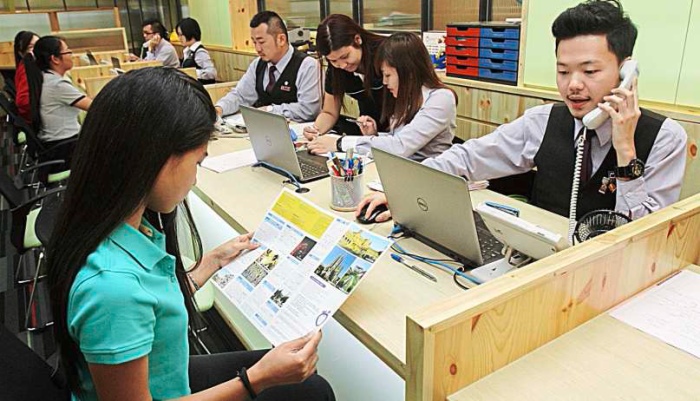 Having overcome the stumbling
blocks faced by most small
start-ups, apple Vacations now
generates revenue of about
rM200mil a year. 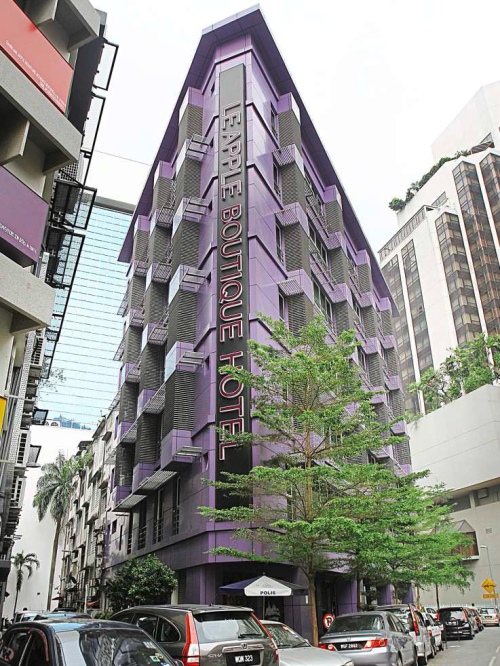 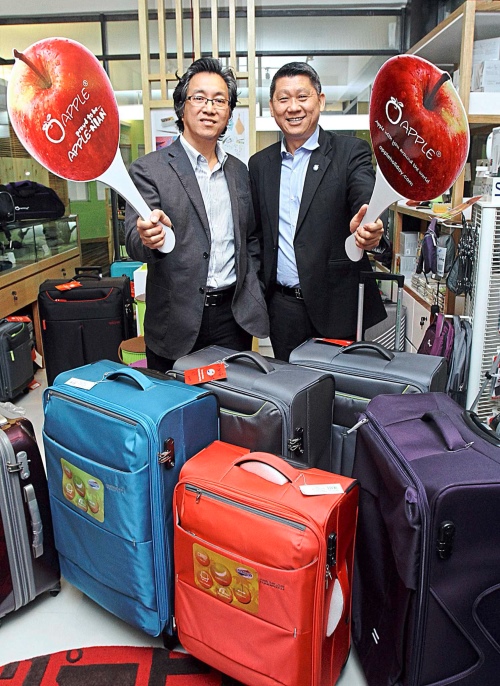 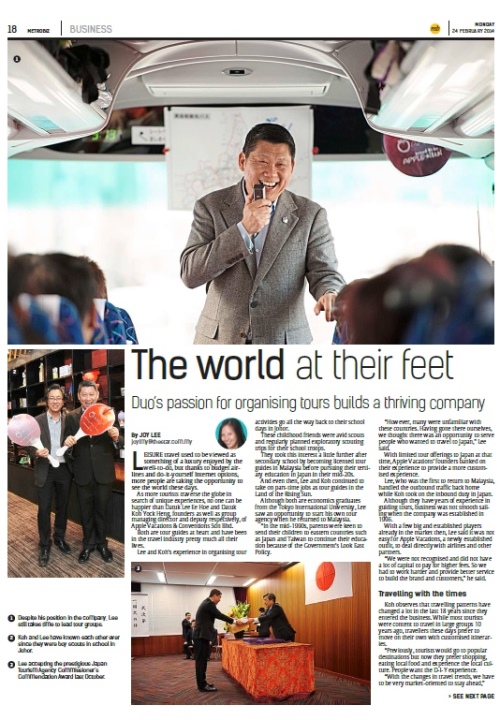 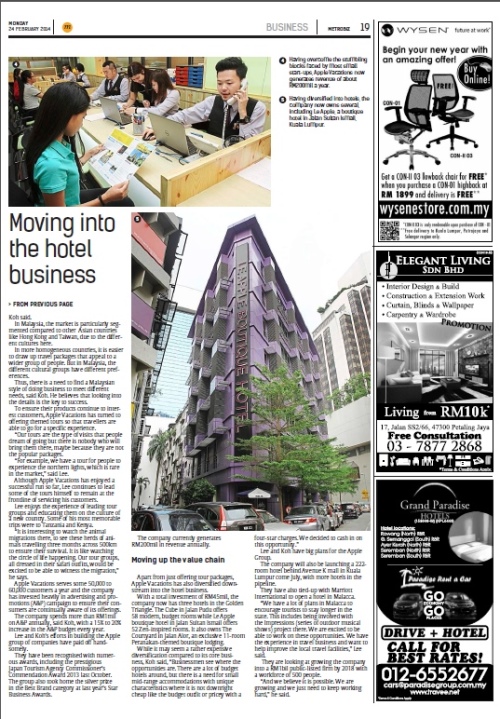 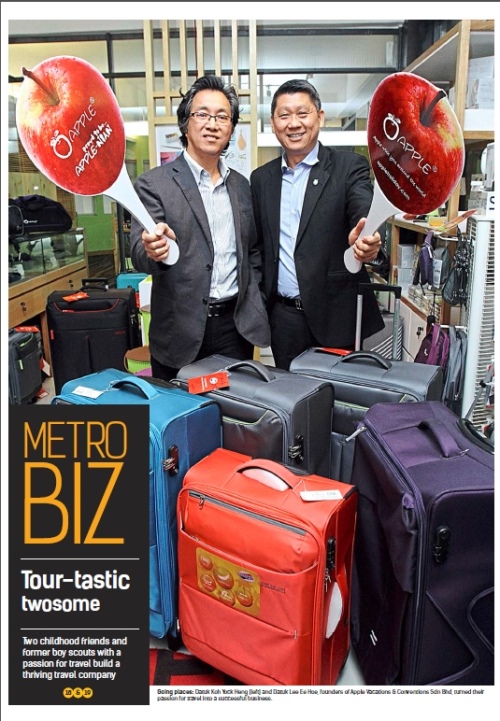 Businessmen do their bit for those in need – The Star