Malaysian arrivals to Japan have shot up by over 60 per cent, and are predicted to continue growing for the rest of year. S Puvaneswary finds out why. 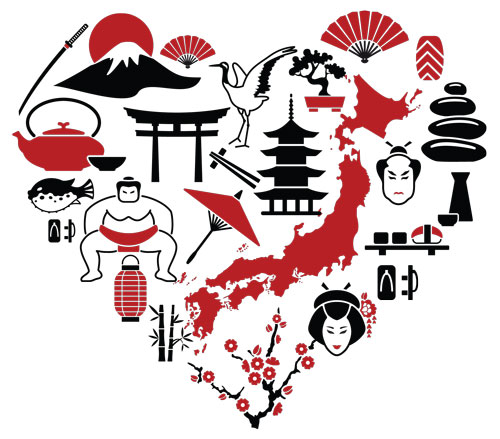 Malaysian arrivals to Japan have shot up by over 60 per cent, and are predicted to continue growing for the rest of year. S Puvaneswary finds out why.

Malaysian travellers are flocking in droves to Japan this year, registering record high arrivals from January to July (16,200) and growing 63 per cent over the same period in 2013.

What’s fuelling such figures? Besides the visa exemptions for Malaysians with biometric passports introduced last year, other reasons include the aggressive marketing efforts by Japan National Tourism Organization (JNTO), a weakened yen against the ringgit and growing flight connections between the two countries, pointed out the trade.

With this surge in arrivals to Japan, Malaysia has moved up in source market rank to claim second spot, while Singapore has dropped to third. Among South-east Asian countries, Thailand leads.

Susan Ong, deputy director, JNTO Singapore, which oversees Malaysia as well, said the market is an important one as Malaysians tend to buy full-board packages and are long-staying visitors, chalking up an average of six nights.

In 2014, JNTO Singapore increased its marketing fund for Malaysia by some 20 per cent, supporting joint activities with airlines and outbound travel agencies.

At the recent MATTA consumer fair in Kuala Lumpur, for example, JNTO Singapore roped in 150 delegates from across the travel and tourism industry to exhibit, occupying the largest booth space among all NTOs. At the upcoming B2B Visit Japan Travel Mart in Tokyo, JNTO Singapore will also host a large delegation from Malaysia.

Said Ong: “This will be an opportunity for participating travel (consultants) from Malaysia to network and familiarise themselves with new destinations.”

The NTO also recently partnered Singapore Airlines and Changi Airport to offer promotional airfares to Japan as well as airport shopping vouchers worth S$40 (US$32). Exclusive to Malaysians, this one-month campaign started on August 25.

Desmond Lee, group managing director of Apple Vacations & Conventions, said the deal is especially enticing for Johor residents who prefer to depart out of Singapore because of the southern state’s close proximity to the border. He added: “This promotion will help us sell packages through our company in Singapore known as Apple Singapore, as Johoreans are always price sensitive and looking for good value.”

Meanwhile, Ong said that JNTO Singapore will, in the second half of the year, reach out to more Malaysian travel consultants based outside of Kuala Lumpur, particularly those in Penang and Johor Bahru, through seminars and product briefings.

Ong explained: “We hope this series will create a desire for Malaysians to travel to Japan, and that the Muslim community in Malaysia will be aware of how Muslim friendly the destination is.”

Exhibitors at the recent MATTA fair were also eager to show how Muslim friendly they were. Among them was Yumi Takahashi, manager, aviation marketing, aviation sales division at Central Japan International Airport. She said the airport opened two prayer rooms and a pork-free Muslim-friendly restaurant when AirAsia X commenced Kuala Lumpur-Nagoya flights in March. AirAsia X is the only Malaysian airline flying to Nagoya, connecting the Japanese city to its first major Muslim market.

AirAsia X’s expansion into Japan has been a boon to Malaysian outbound agencies, as they anticipate that the LCC’s new direct service between Kuala Lumpur and Tokyo Narita beginning November will further stimulate the market, complementing the services of Malaysia Airlines (MAS) and Japan Airlines (JAL). The four-weekly flights will be increased to daily in May 2015.

Shen Nordin, senior manager, outbound division, Japan Travel Bureau (Malaysia), described the flights as a “refreshing alternative” to AirAsia X’s Tokyo Haneda service, which arrives late at night. He commented: “By the time one clears customs, it is past midnight. Travellers have no alternative but to take taxis that impose a midnight surcharge as buses and trains stop operations at midnight.

“The Narita flights arrive in the morning, leaving travellers with plenty of time in the day for sightseeing and shopping.”

Besides providing the needed competition to MAS and JAL, Apple Vacations’ Lee added that AirAsia X’s entry will help pump up capacity on these routes that are popular with Malaysians but unfortunately suffer from a seat crunch during the Malaysian peak travel season (March to May) and the year-end school holiday period.

Even after ringing in double-digit year-on-year increases in the first half of the year for Japan sales, outbound travel consultants in Malaysia are optimistic that this same rate of growth can be achieved in the second half.

According to Lee, Apple Vacations saw 30 per cent year-on-year growth in the first half, and he anticipates the second half will be equally good with external factors driving the market. The Ebola epidemic in Africa is causing travellers to look at other holiday destinations, while the downing of MAS’ flight MH17 has also made Malaysians fearful of flying over areas where war is raging, he observed.

Lee said his company will organise six, five-day charter services to Hokkaido this December and January using MAS’ A330-300. He said: “Flights are almost full as demand is very good. Charter services are the best option because it saves time. There are no direct flights from Malaysia to Hokkaido, thus if we go via Bangkok, Narita or Osaka, it will take approximately 15 hours. With our charter service, it takes approximately eight hours.”

Similarly, Shen said growth in the second half of 2014 “could be double” that of the corresponding period in 2013. He foresees Universal Studios Japan’s latest Harry Potter themed attraction would generate interest during the year-end school holidays. The company is also promoting new destinations such as Nikko, a UNESCO World Heritage Site as well as Nagoya, since there are now direct flights on AirAsia X.

From October 1, Japan’s appeal as a shopping haven will also receive a boost as its list of tax-free items will expand to include food, beverages, cosmetics and chemicals. Previously, tax-free items included non-consumables such as home appliances, clothing and bags. In addition, non-residents will be exempted from the consumption tax if the total amount of consumables purchased in a single shop in a day is between ¥5,001-¥50,000 (US$47-US$469), making this a lower criterion than the previous exemption of a minimum spend of ¥10,001 in a single shop in a day. 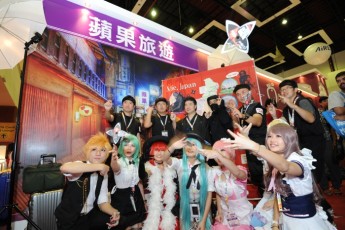