Wherever it is in the cities of the world the ‘locals’ that travellers meet are more often than not inauthentic. Believe it or not, the locals seemed to have disappeared…… 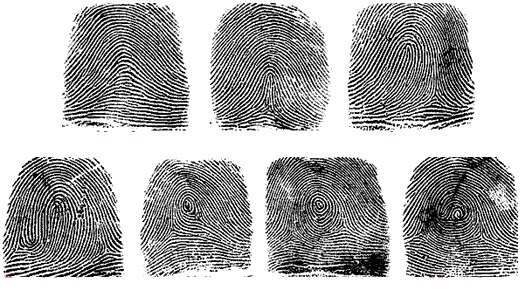 When I boarded a taxi in Manhattan, the driver of the taxi was a US citizen of Tanzanian origin. Workers at the market streets of Paris are mainly Myanmar, Vietnamese, Cambodians or Mongolians. In the casinos of Macau, their workers could possibly be enough to form another mini United Nations. Nearer to us in Singapore, the supervisors of Chinese restaurants are Malaysians while the coffee shop waiters are from mainland China. In the various cities of Australia, the people on the streets are most likely Asian Chinese. In Sidney and Vancouver, the bus drivers and tour guides are Chinese immigrants. Whereas in Prague almost all the food shops over there are operated by Eastern Europeans. Back in Malaysia, our tourist areas are almost taken over by the Middle Eastern people when many of them became owners of the stalls there. Well, the Mamaks are now dominating the operations of Malaysia’s 24-hour restaurants. It was no wonder the Japanese tourists told me the locals they met on Bukit Bintang Road don’t seem to look like Malaysians! Hence, when you travel to Dubai or other Middle Eastern fabulous cities, while you may admire at the design of their mosques, do not harbour too much of expectations in terms of traditions and culture.

Actually, travellers crave for the authentic experience in a local bar when Melbourne or when in Singapore they would love to interact with Singaporeans like the characters in Jack Neo’s movie. However, wherever it is in the cities of the world (be it New York, London, Sydney, Hong Kong, Dubai or Doha) the ‘locals’ that travellers meet are more often than not inauthentic. Believe it or not, the locals seemed to have disappeared. Those people who took over the locals are new settlers from various parts of the world. They are people with permanent residence, work permits, student permits, working holiday permits, illegal immigrant workers, and so forth. In fact, as more foreigners crowd into our cities, they form their own communities and we become more and more dependent on them as our labour force. Much against our desire, this scenario has become a new phenomenon and a new culture in most places.

In the tourism industry, what we initially started as experiential travel refers to the authentic culture that evolved through a long history. Then followed by the infusion of cultures from the new immigrants in certain countries like Australia, UK, USA and even countries in the South American continent that gave rise to places of interests like Chinatown, Italian Street, Western Street, Indian Street, Jewish Street, etc. Though long settled in their new land, these immigrants have retained the authentic culture from their country of origin. Their architectural designs, cuisines and lifestyles have attracted the interest from travellers. Their descendants have completely assimilated to the society and become a new generation of citizens – the “American” is a classic example of this. The Americans love their country, their national flag and have a unique culture. It is worth a visit to the United States.

In recent years, the immigration policies of several countries have been relaxed. Like in Singapore, millions of foreigners are accepted as their new generation of residents. Through the marriage of Finns with Thai and Vietnamese women, Finland produces a new generation of children with mixed parentage. To retain high-calibre students from around the world,Australia, UK and USA offers permanent residency to the eligible foreign graduates. Middle East and West Asian countries offer work permit until the age of 60 to attract professionals from India and the Philippines. With this new trend of demographic shift, the authenticity of ethnic identity is fading away in many countries. This is particularly felt in the tourism industry as travellers are less likely to experience the authentic lifestyle of the local people.

So travellers will now have to re-adjust their mentality and expectations.

On the other hand, will these new residents have as much patriotism as the Koreans, Russians and Australians? When the country is in trouble, is everyone responsible for it? The 911 incident has brought about an outpouring of patriotism and solidarity of Americans,regardless of race. After the 311 tsunami devastated Japan, the Japanese business community put all their efforts together to rebuild the country’s economy. During the Asian Financial Crisis, Koreans and Thais were known to have donated their personal gold bars to support their own countries.

Malaysia, a multi-cultural country, is the world’s 10th most visited country. With the recent MH370 incident, many travellers are observing the Malaysians’ spirit of faith in humanity. So, I hope all Malaysians will be come together in “solidarity and unity” to show to the world that Malaysians have the courage to cope with the situation and the courage to assume the responsibility of our cultural identity!