Authentic Cuba is fading out soon

As a traveller, I do not wish to see the proliferation of American culture on the streets of Cuba but I know it is inevitable. The authentic Cuban style will eventually fade out. 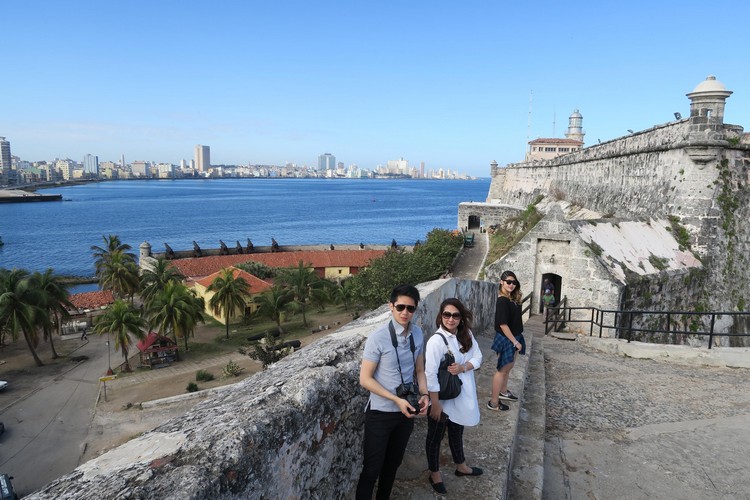 Authentic CUBA is fading out soon

Cuba, a colony of Spain for 387 years, was deemed as the ever-faithful island by the Spanish Empire. However, in 1898 the Spanish-American War helped Cuba escape from colonialism and gained independence in 1902. Then, another nightmare plunged Cuba into 144 years of standstill and isolation which has also contributed to the birth of the communist regime at the backyard of the United States. Since 1961, the United States imposed embargo on the Cuban economy and now 55 years later the sudden warming of US-Cuban relations shocked the world. Along with this, the Cuban culture and authentic atmosphere will be losing out to the infiltration of American fast-food culture. For a dose of authentic Cuba, it’s better to hurry up now. 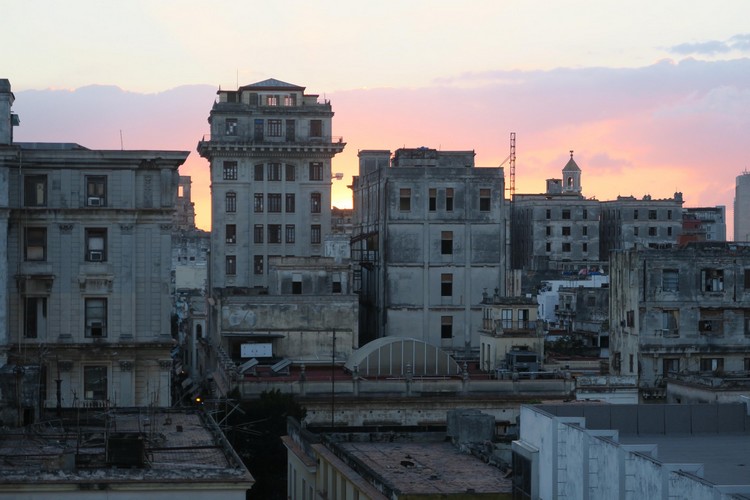 144 colonial buildings are earmarked for restoration.

Authentic Cuba is fading out soon

After the trade embargo 55 years ago, Obama normalised the US-Cuba relations in his outgoing year. While it is not too surprising, it is an impact to the world. As a traveller, I do not wish to see the proliferation of American culture on the streets of Cuba but I know it is inevitable. The authentic Cuban style will eventually fade out. So I made quick move to visit Cuba one month before Obama. Well, at least I could register in my mind the Cuban cigar, cane sugar, rum, antique cars, dilapidated buildings and things that hold the Cuban impression. 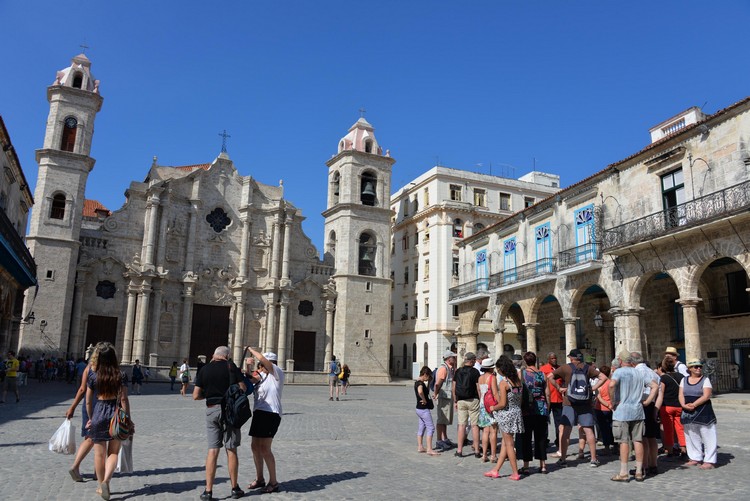 In the centre of Old Havana UNESCO World Heritage Site, the Cathedral of Havana hosted the visit of the Pope in February.

Before leaving for Cuba, I have heard reminders of danger, mafia gangs, pimps, pickpockets, swindlers and also starving people! Well, I said take a look at the reports in our Tourist Police department. Aren’t there tourists who are victims to motorbike snatch-thefts, robberies, swindles, overcharged taxi rides and tourist traps? And also count the queue at the soup kitchens in our city. On the contrary, the Cubans are considerably ethical perhaps they value the economic importance of tourism industry. Due to the situation where sugar cane industry is only 20% of its flourishing days; mining industry is sluggish; business is unstable; unemployment; 500,000 government servants laid-off; etc. life is even more difficult for the Cubans. Therefore, the annual 2 million tourists are too valuable to their economy. Hopefully, with the US opening to Cuba, the life of the Cubans will ease a little. By the mere presence of a (made-in-Jamaica) Coca-cola on our dining table, it looks like the inherent characteristic of the Cubans that was “frozen for 55 years” will soon be permeated by American culture. 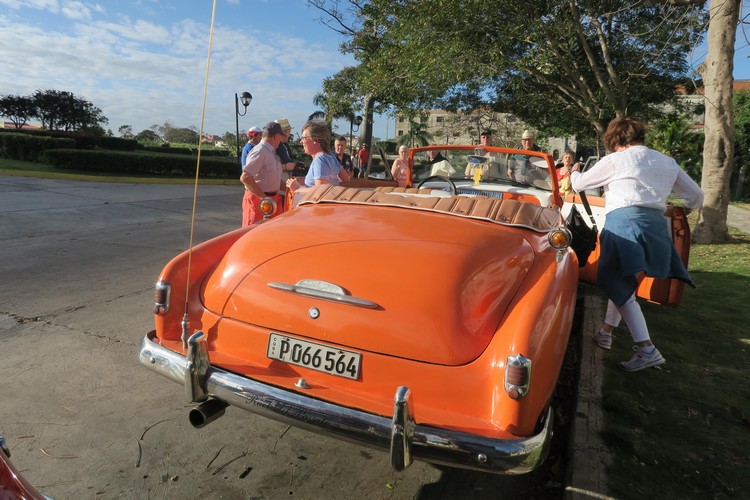 Classic car is the selling point of Cuba’s tourism. 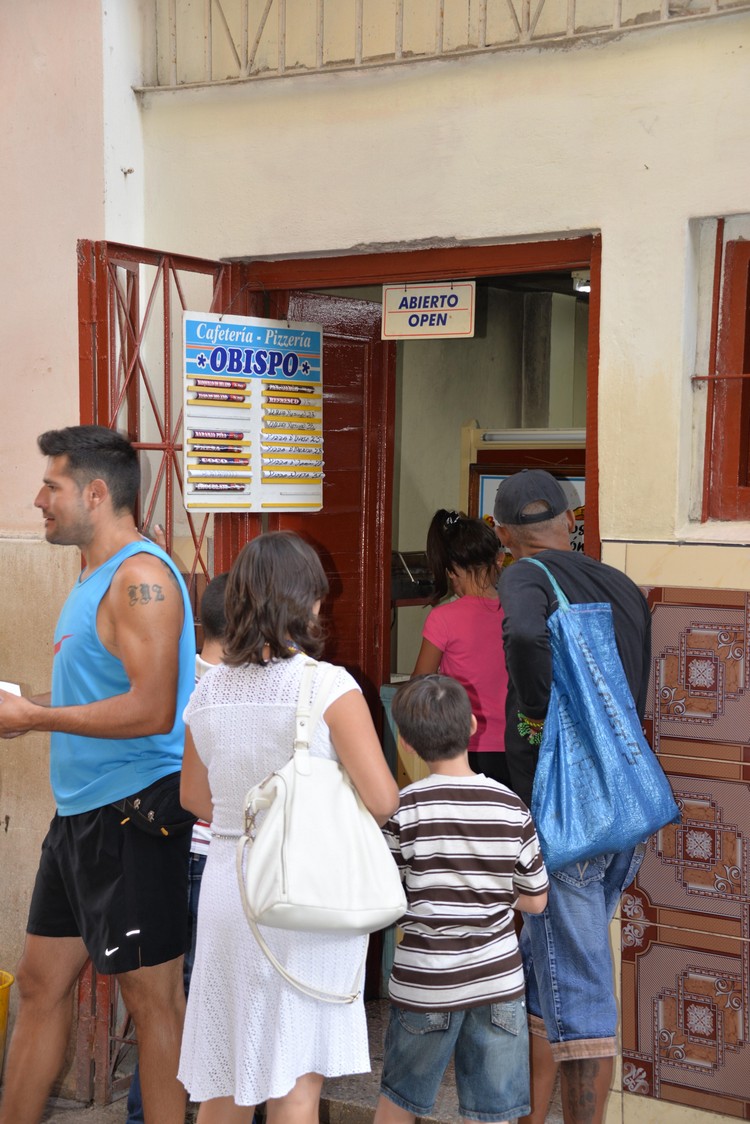 Small eatery operates from a small door or window. Tourists have to queue up just as locals do.

Strolling in old Havana, the dilapidated buildings are the legacy of the Spanish. While some of them have been restored, these century old designs are priceless buildings. During the chaos of the when communism took-over, the capitalists and the rich fled by boat 145km away to Florida in the US. Across the Caribbean Sea, they watched over the mountains of sugar cane and cigar of the Castro reign for 55 years. Most of these land and house became state properties until the economic reform in 2011 when the state sold them to private owners. The private sectors comprised mainly of Cubans in the US who anticipate that the prices will soar once the US revokes the embargo that will bring hardship to the people and also the hope of a better life in future. The worry is the damage to Cuba’s appearance.

Castro and Che Guevara are the symbols of Cuba’s tourism. 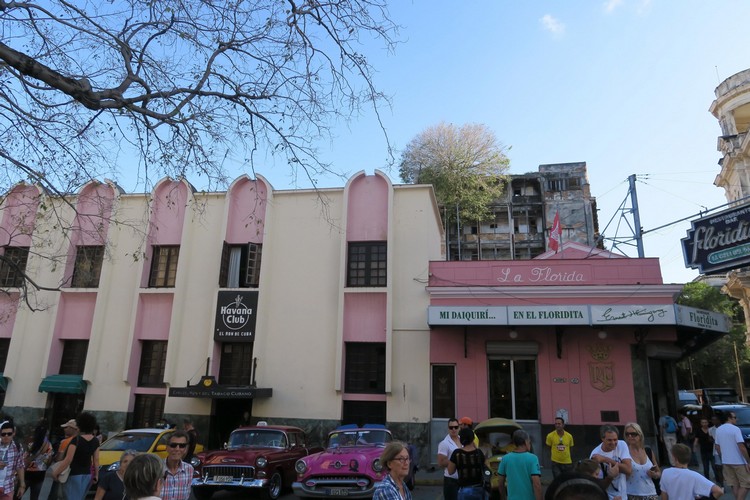 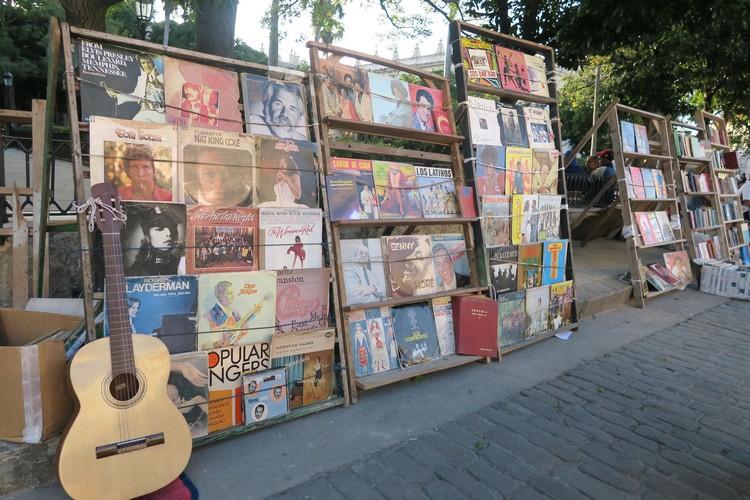 With the influx of tourists, all the old stuffs in Cuba are prized antiques.

Complexity of the Peso and Convertible Peso: Inequality of the institution

As I was curious about a long queue, the tour guide explained that these are the people who work for the public enterprises or factories and they are paid in Pesos which can only be used to buy food at the state stores. The queue is where they exchange 25 Peso for 1 Convertible Peso to purchase goods at the general stores. They have no choice as they suffered under the embargo for so many years. But as patriotic citizens they are still supportive of socialism. In fact as I observed in the city, besides the tourist restaurants, souvenir shops, Havana Club bars and hotels, there aren’t any decent shops for the locals. I bought some fridge magnets 3 pieces for 2USD but the shop assistant didn’t seem enthusiastic. Could it be language barrier or attitude problem? This reminds me of the expression of the North Korean workers. Even the staff at the Cuban airport also put on the expressionless face. Well just take it easy as part of an experience. 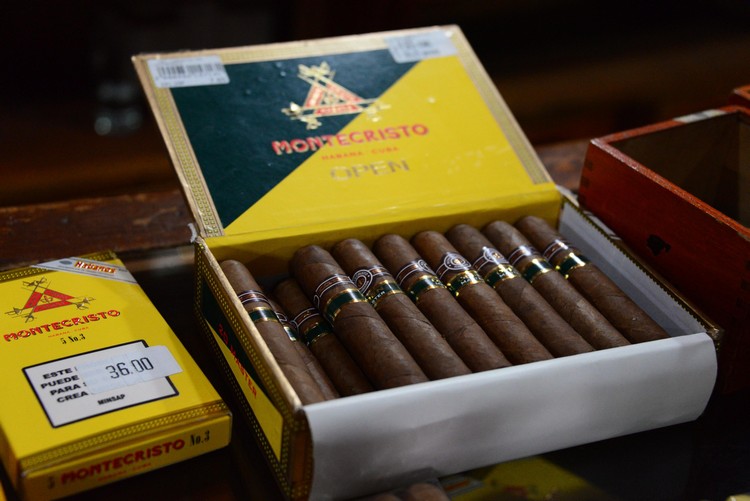 Cuban cigar is the best in the world. It captures 70% of the world’s top cigar market with production value of 4-6 billion USD.

The Cuban government is really serious about opening up the tourism industry. In the past decade, Cuba’s tourism infrastructure has reached international level. Firstly, the airport baggage is adequate despite a minor glitch, waited for 45 minutes. Next the immigration counter service is considerably fast. Russia and North Korea also seem to be relatively fast. Taiwan, Kuala Lumpur and Japan are relatively slower, probably due to the biometric scanning. This should be reviewed.

My most profound impression in Cuba is the antique car limousines that exude a retro feel. And also the China-made sightseeing buses are neat and uniform. Tourist restaurants are up to standard with clean environment and serve decent food accompanied with bands playing Latin songs and dance. But the hotel cleanliness has room for improvement. WiFi is slow and expensive, 5USD per hour. As for souvenirs, COHIBA cigar is the preferred choice and also Cuban coffee. Many of the knick-knack gifts are not expensive but made-in-China. Some friends suggested that seafood should be good in view of the island state. I tried the lobster, unfortunately it is frozen and not fresh, but at 20USD it is considered cheap.

Cuba in transformation; visit as soon as possible

Over half of the population in this country of 11 million people are Catholics. Little did they expect that this conservative country would welcome the visit of the Pope in February 2016. It is even incredible that after 114 years of bitterness and over a gap of 90 years, on March 21 & 22 this year, the Cubans actually opened their doors to the US President. Obama’s meeting with the revolutionary Castro thaws the relations, an incredible political wonder trending towards global unity. Well, we hope that with its transition, Cuba is able to retain its inherent tradition and authenticity. 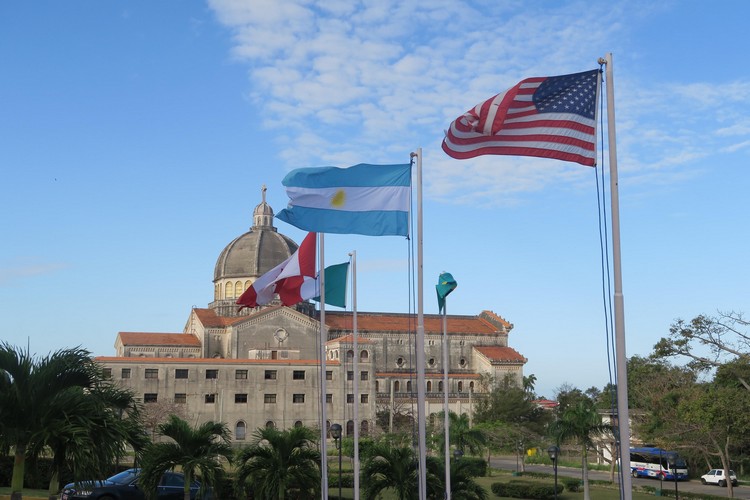 The US flag flying at Cuba’s cathedral; something unexpected 55 years later.