It’s not always about the pumpkins and the Grim Reaper.In Japan,Halloween has a distinctly different flavour.

The Japanese take their Halloween seriously – no, dead seriously! The world’s biggest Halloween celebration isn’t in the United States but in Tokyo, where the world converges in Shibuya for the annual street party.

Through four nights, Oct 25 to 31, Shibuya, a major commercial and business centre, turns into Zombie Land as thousands of revellers spook the narrow streets.

More and more people are descending upon the city each year and this time, it was by far the most chaotic and, well, demonic. Last week, five people were arrested for offences including fighting, groping, taking up-skirt photos and even flipping over a truck.

Three men, in their 20s to 50s, were arrested near the train station on suspicion of assault, including one man who allegedly kicked another on the street, a report quoted the Metropolitan Police Department.

Two others were detained for causing a public disturbance, including one man in his 30s for taking up-skirt photos of a woman and another in his 20s for touching a woman’s breasts.

The past Saturday, the devils literally took over Udagawacho’s popular entertainment hub of Shibuya Center-gai street, where several people climbed onto a light truck which got stuck in the crowds. 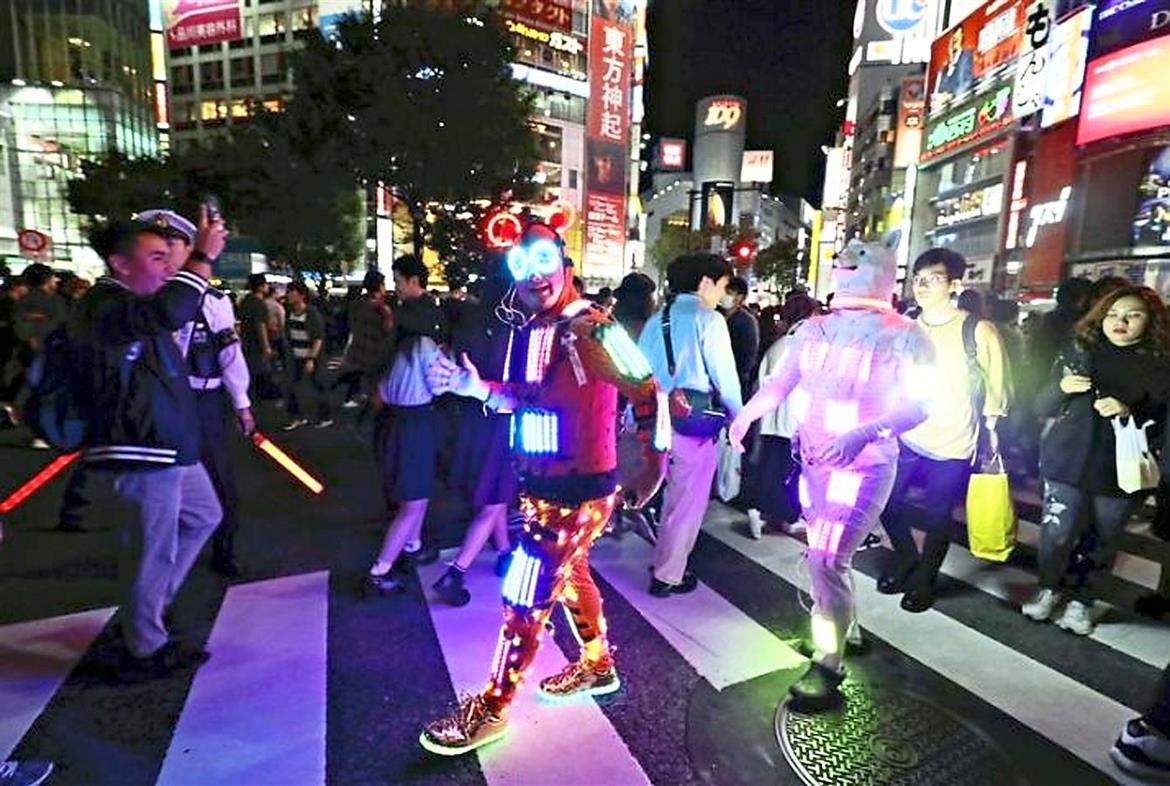 Halloween in Japan is a fun and spooky affair. Photo: The Japan Times

Scenes of individuals dancing on the vehicle and then overturning it have gone viral. Fortunately, the driver wasn’t hurt because he had fled the scene to seek police help.

All these devilish acts are very un-Japanese because they are, by nature, a very civil society. For two nights, Oct 25 and 26, I joined in the street parties, which surprisingly, were free of cigarette smoke. No matter how “wild” these parties seemed, with the outlandish and garish Halloween dressing, smoking is strictly banned.

I didn’t notice anyone holding liquor bottles either, unlike in Europe or the US, where drunks can turn unruly.

From my hotel room, I could hear the merry-making and look down to see it too, as I wanted the convenience of being close to the action.

I heard a siren at around 1am, but this uncle, who was already in dreamland (or experiencing a nightmare), could never imagine those super-polite Japanese going on a rampage. I can only conclude that they must have been possessed! Honestly, what the hell were they doing?

Halloween in Tokyo isn’t just about dressing up grotesquely, though – it is also an occasion for cosplay, which has become a Japanese sub-culture.

So, it’s common to see people dressed as Captain Jack Sparrow, Batman, Sailor Moon, Spider-Man, Samurai and all kinds of comic characters. But this is tame stuff compared to some of the other things that went on.

I saw three men dressed up as dinosaurs, along with spooky Nuns, and even two Chinese “hopping” vampires, all competing to see who would be the most photographed. If that wasn’t enough of a spectacle, imagine the dinosaurs rushing across the Shibuya interchange, said to be the busiest intersection in the world.

The Shibuya Crossing is described as a giant beating heart, with people heading in their desired directions according to the pulse of the light changes. Apparently, at peak times, more than a 1,000 people cross the interchange without running into each other.

But unlike normal days, during Halloween, you get to see young adults (some even with their pets) in all kinds of costumes and makeup running across the busy street.

This year, the most haunting theme must be the demonic nuns, clearly inspired by the horror movie The Nun. It is, without doubt, the most popular Halloween dress theme at the minute. 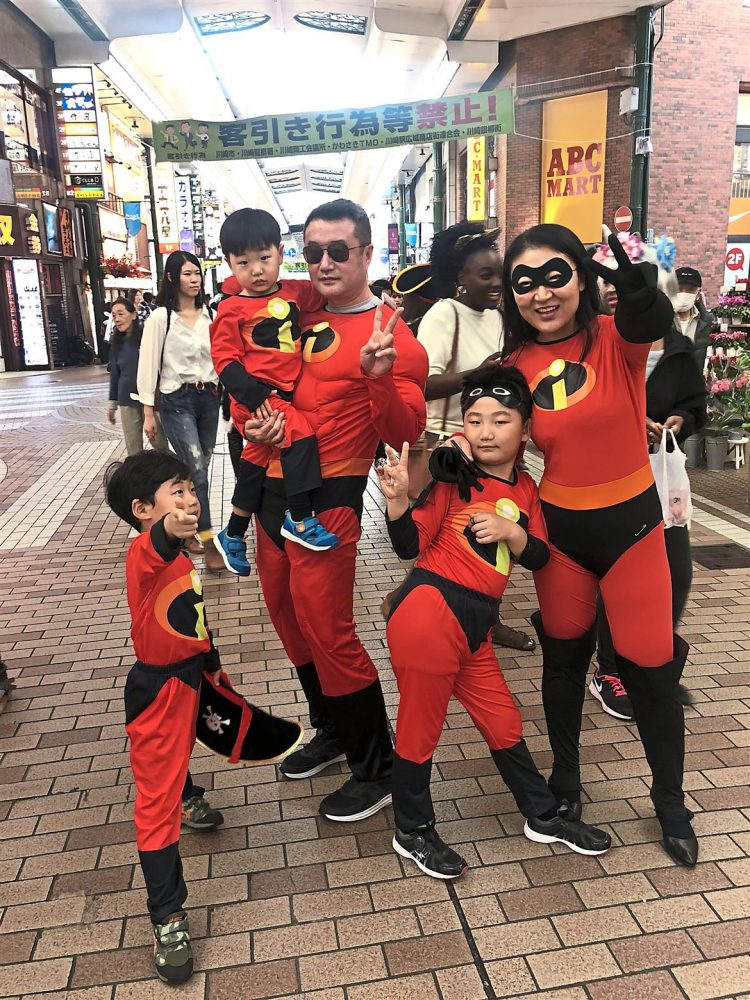 A sporting family dressed up as The Incredibles at a Halloween party in Kawasaki, Japan.

But the celebration isn’t confined to just Shibuya. Kawasaki, in the south of Tokyo, has a Halloween parade which has run for years.

Although it is tailored to families and children, this one has a different dimension – the LGBT component.

The Kawasaki Halloween event is the most famous of its kind in Japan, and the inclusion of the Pride Parade barely raises contention, or eyebrows.

Families (their children included) sportingly join LGBT participants in the parade which runs along a 1.5km course in the JR Kawasaki Station locale and the nearby La Citadella shopping centre.

I intended for this trip to coincide with Halloween after watching videos of this macabre celebration on YouTube. There was no way this was going to wriggle out of my “off the beat” bucket list.

It was as bizarre, grisly, ghastly and loathsome as I expected, but in a fun way, and it certainly lived up to my expectations.

This was Halloween beyond the realms of kiddie trick or treats. This was a purely adult, bonkers Halloween street party for four nights.

It was an incredible experience to see the narrow streets around Shibuya filled with people in strange costumes and makeup, having the biggest and craziest party. It completely altered my perception of the Japanese being traditional and conventional. 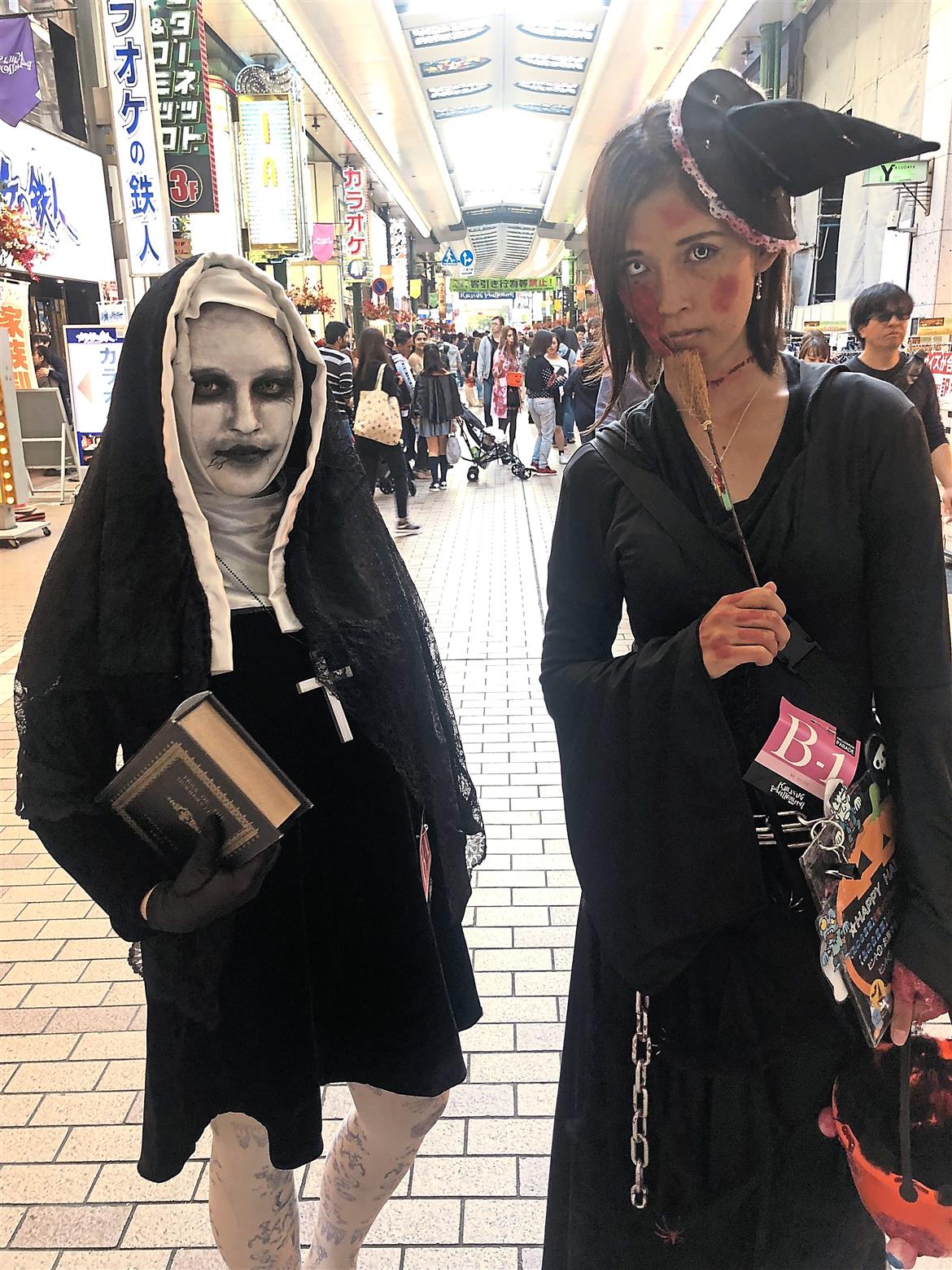 What happens when The Nun meets a witch?

They certainly know how to party and do it in the manner they know best – combining their passion for cosplay and the Halloween theme. I have never seen that many “nuns” (in their traditional frocks, no less) in my life!

Shibuya, at its decadent and morbid best, is not recommended for the family or those with a serious disposition. It is preposterous and wacky, but then, that’s what Halloween should be about.

For those who still want a dash of Halloween, but in a more conventional and predictable way, there’s always Disneyland, with Mickey Mouse and the many villain characters. And if that fails to excite, there’s even the Hello Kitty theme park, both of which sit just outside Tokyo.

But I recommend trying something devilishly impulsive and reckless, just for one night. All right, that’s a lie – it’s in fact, four nights. So, for a walk on the wild side, Shibuya is the answer. 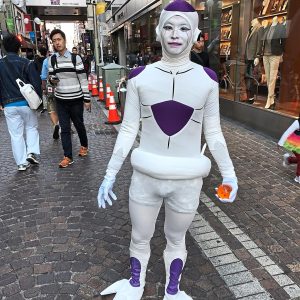 Is it an alien or a robot? 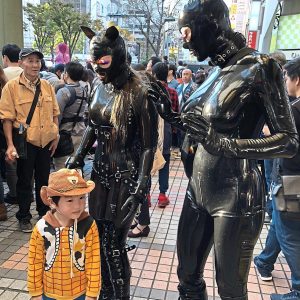 The Halloween costumes come in all shapes and sizes. 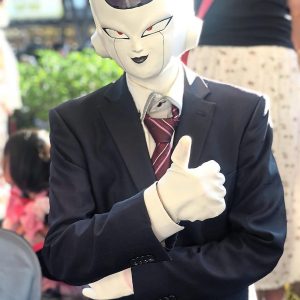 Creativity runs high in the eclectic display of costumes during the Halloween period in Japan. 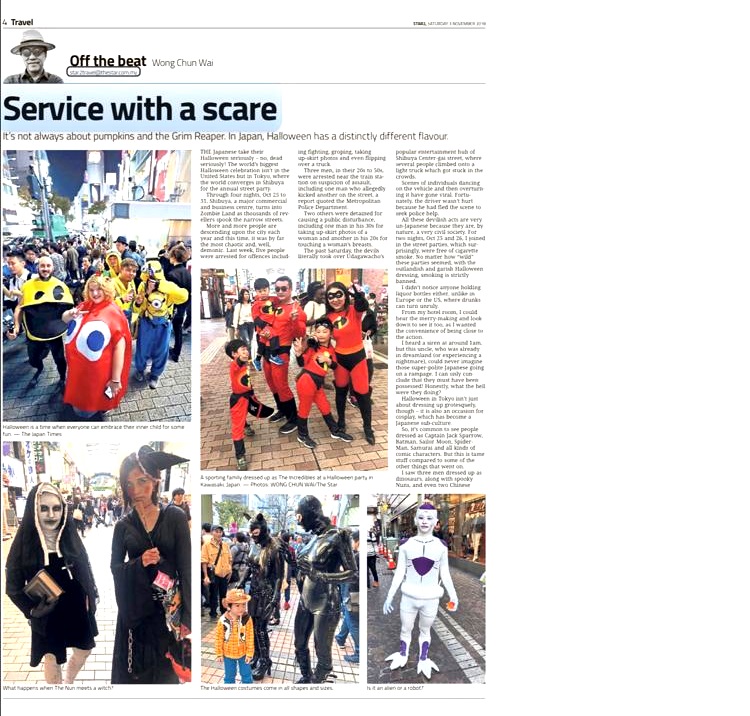 Off The Beat: Getting spooked in Shibuya, Japan(1) 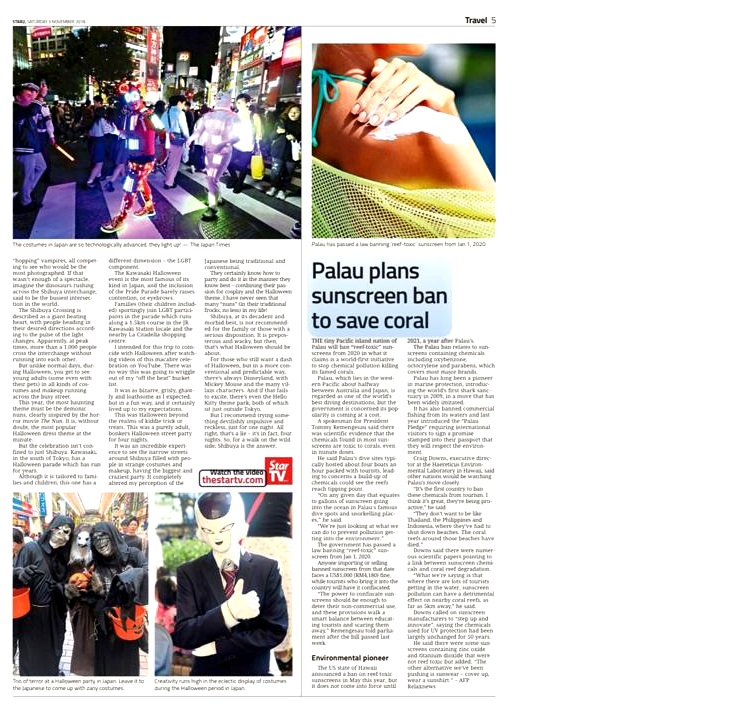 Off The Beat: Getting spooked in Shibuya, Japan(2)