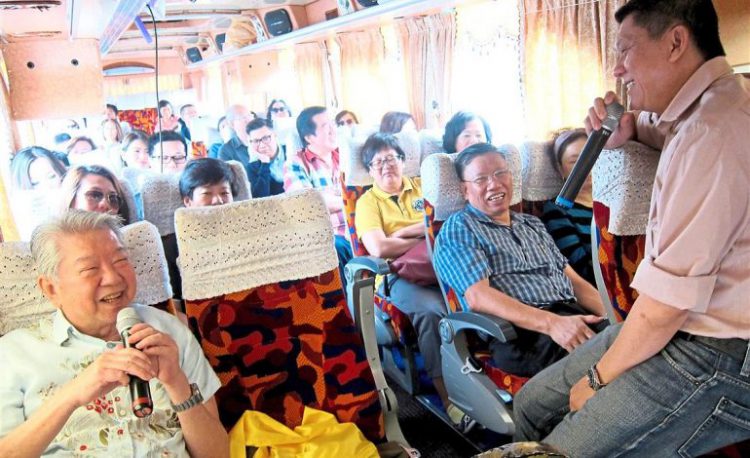 Leesan (right), sharing stories with his guests on the tour bus in Hokkaido. Photo: Leesan

We were on a night flight to Hokkaido, Japan and the lights in the cabin had just been dimmed to allow passengers to rest or enjoy the in-flight entertainment.

All was calm and quiet in the Economy Class cabin until someone started saying something into the air vent above his seat. I took off my headphones and heard him say, “Coca-Cola, Coca-Cola!”, much to the amusement of the other passengers. When I asked him why he was doing that, he told me that he wanted to order a soft drink.

As I talked to him further, I discovered that someone was pulling a prank on this poor guy, a first-time flyer. Apparently, he was told by a friend that he could make in-flight requests by shouting into the “speaker”!

When we arrived, I started talking to my guests on the tour bus about the benefits of onsen, or hot spring bath. It is supposed to make your skin look beautiful and even help with digestive problems like constipation. Onsen experiences in Japan would normally involve being naked so I had to remind my guests about that.

Later, one of the guests, a 70-year-old woman, told me a funny story. She said she took off all her clothes in her hotel room to get ready for the onsen. She asked her husband how she looked. The man said, “Apart from the wrinkles, the others are alright. Let me get an iron to help you straighten them out!”
The woman was at first annoyed by his response but it dissipated once they were both at the open-air onsen. Soon, the couple were happily giggling away, enjoying their time together. The soothing and calming environment of the onsen had an immediate positive effect on everyone and is said to help bring relationships closer.

Onsen is an important part of Japanese culture as it helps support longevity, among others. 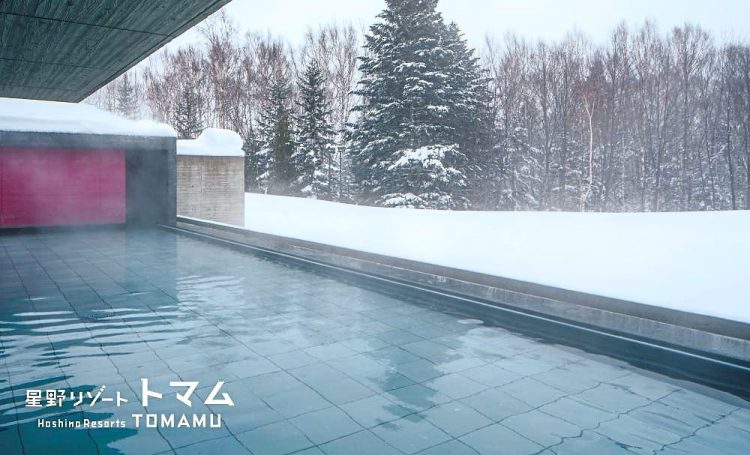 One of the best things to do in Japan is to go to an onsen. Photo: Hoshino Resorts

Teething problems
After that, while on our way to the next destination, one of the guests came to me and said, “I lost my dentures! I must have left them in the hotel room.”

I thought it was funny and quickly asked the man, “Grandpa, how did you manage to eat your breakfast this morning?” He was a little embarrassed and smiled sheepishly. I made some frantic phone calls to the hotel, and the manager was so nice that he went out of his way to courier the man’s dentures over to our new location. The delivery person actually told the guest in a humorous way, “This is the first time I have ever had to deliver dentures!”

At dinner, we checked in to the new hotel. While walking along the corridor, we were shocked to see some of the rooms with their doors wide open. The guests were in their pyjamas and going from one room to another, talking loudly and sharing cup noodles. In the morning, these same guests were arguing with the front desk staff about a huge cleaning bill that the hotel had charged them for. But since the guests were clearly in the wrong, the hotel had every right to do so.

It is trouble-making travellers like these that has caused most countries today to set up new laws to help hotels deal with the problem. These days a hotel would impose fines on guests who leave noticeable stains on sheets and furniture, or smoke in non-smoking rooms/areas.

What you pay for

Some hotels have resorted to putting these kind of hairdryers in the rooms to avoid theft.

Some hotels have resorted to putting these kind of hairdryers in the rooms to avoid theft.

When it was time for us to return home, I noticed an elderly woman clutching a bag that looked quite heavy. I asked her if she would like to check the bag in but she refused. But by the time we were at the security check point, I knew something was very wrong when her bag triggered an alarm.

She was asked to open her bag. Before doing so, the old lady said that she had “nothing, only forks and knives.” Apparently, over the course of our seven-day trip, the woman had collected silverware from all the places we had gone to, thinking that “all-inclusive fare” meant being able to take anything you wanted!

This is actually a big problem that many hotels face. The most commonly stolen items include bathrobes, towels, hairdryer and hangers. Sometimes, guests may think that because they’ve paid for the hotel, these items therefore belong to them.

This brings me back to a trip to Phuket, Thailand in 2000. A tour leader had to force his guests to open all their bags in the hotel lobby as the hotel claimed that the TV, telephone and hairdryer from the rooms had all gone missing!

Once we were all on the plane, a woman with long hair refused to take her seat by the window as she was worried that the wind would ruffle her hair …

I was a little stunned by this but nevertheless tried to change her seat. But while I was doing that, another guest had proclaimed that she wanted to sit all the way in the front, otherwise she would feel giddy. Basically, she wanted to sit in the Business Class cabin.

Finally, as I sat quietly on my comfortable seat, ready to rest, I started thinking about all the funny and interesting things that I have come across in all my years of travelling. It put a smile on my face and in my heart. I am glad that we can all grow from experience and are willing to try our best to be more civilised in our travels.

Travel plays a big part of many people’s life and it is important. Travelling should make us more humble because it makes us realise just how small a space we occupy in this world. Unfortunately, sometimes we will unknowingly behave badly but as long as we learn from our mistakes, we will be alright.

Also, I believe that tour leaders and tour guides need to be more open minded when we do our duties.

My musings were disrupted when I heard the air stewardess asking, “Hi sir, would you like any coffee or tea?”

Making the move fearlessly – by leesan