In the whole world, one can only see mountain gorillas in Rwanda, Uganda and Congo.Fly to Doha in Qatar, from Kuala Lumpur and take a connecting flight to Kigali, Rwanda.

Tips For Malaysians Travelling To Rwanda And Uganda 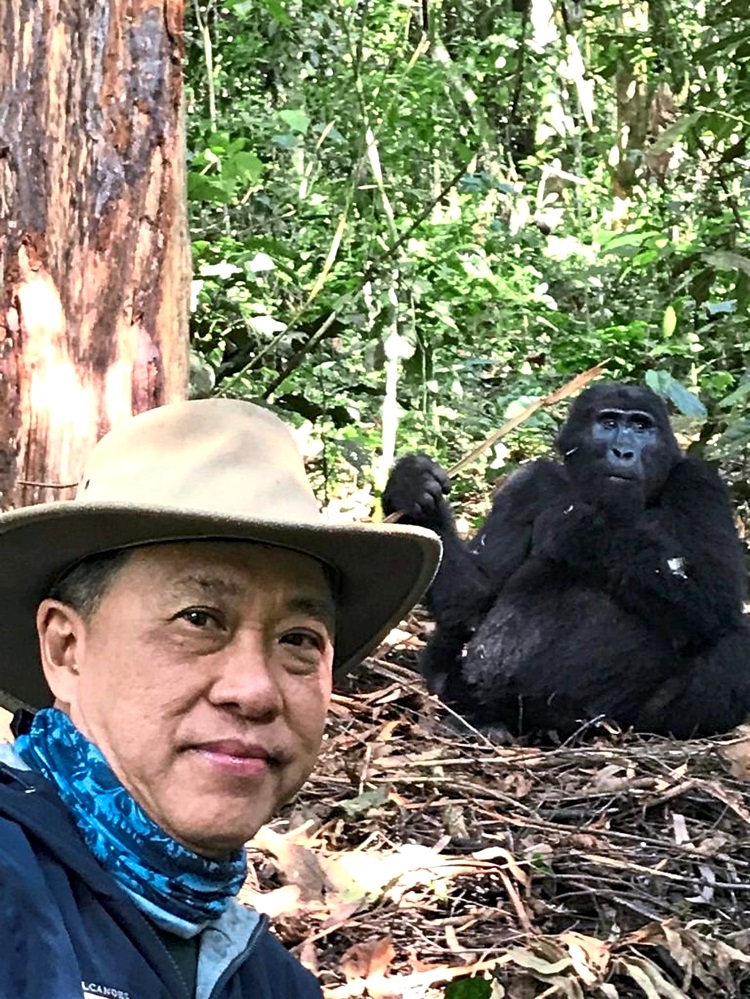 You can get close to the gorillas in Rwanda, but only if the ranger gives the all-clear. Photo: Florence Teh

In the whole world, one can only see mountain gorillas in Rwanda, Uganda and Congo.Fly to Doha in Qatar, from Kuala Lumpur and take a connecting flight to Kigali, Rwanda. From Kigali, it’s a two-hour drive to a lodge near the Volcanoes National Park.

In Rwanda, these primates can be seen in the Volcanoes National Park. As of 2016, there were seven mountain gorilla groups habituated; 56 gorilla permits are granted to visitors to Rwanda every single day. Only eight people (per group)can trek the jungles to see these endangered primates.

Getting to the Bwindi Impenetrable Forest in Uganda requires a drive across the border from Rwanda. In Uganda, take a 30 minute flight on a light aircraft from Kisoro airstrip to Kihihi for transfer to Bwindi.

Rwanda is rated as one of the safest countries on the continent, while Kigali is lauded as “Africa’s cleanest city”, which is a boost to its ecological campaign. The country’s 2008 ban on non-biodegradable plastic is often commended by environmentalists. 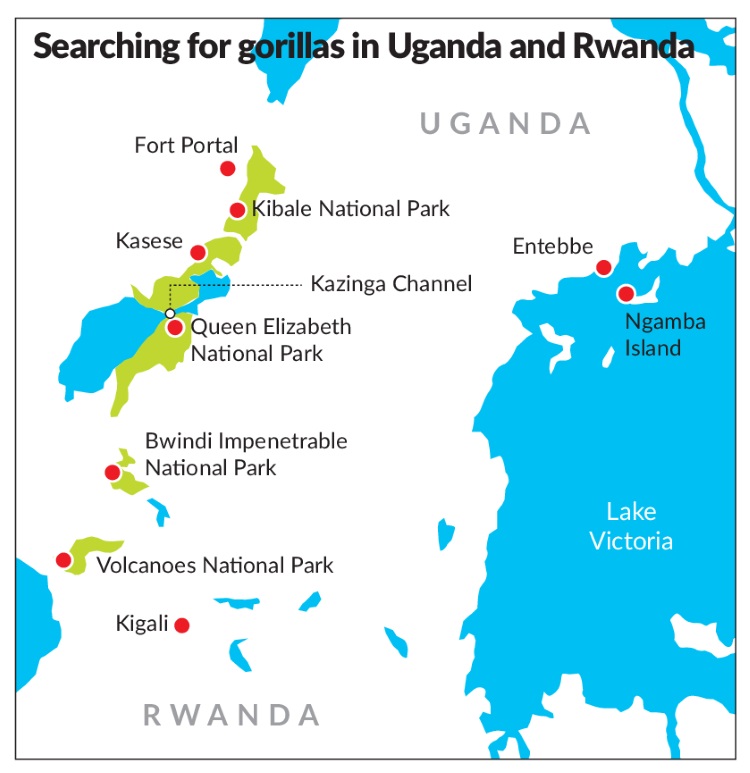 Another eco programme is a nationwide endeavour to clean up public spaces every last Saturday of the month, very much in the spirit of our gotong-royong. It’s called Umuganda, which means “coming together to achieve a common purpose”.

It is far cry from the genocide that saw a million people killed, mostly Tutsi by the Hutu-led government in the Rwandan civil war of 1994.

A well-run memorial and museum are also a must-see for first-time visitors. There’s even a side exhibit which offers comparisons between the country’s history and similar government-executed operations in other countries against their own minorities.

In Uganda, visit Queen Elizabeth National Park, in southwest Uganda, where one can easily spot elephants, hippos, baboons, herds of Uganda kob and even tree-climbing lions. At the Kazinga Channel, large numbers of hippos, crocodiles and great flocks of birds, including pelicans and eagles, gather while chimpanzees inhabit the Kyambura Gorge.

Yes. Search online and compare prices. Better to sign up with a reputable agency/lodge, even if it costs a little more.

Read more about Off The Beat: Gorillas in East Africa