Taiwan through the eyes of photographers

At a glance, you would not be faulted for thinking he was just one of the farm hands; but to my surprise, he was the owner of one of the leisure farms we had visited. 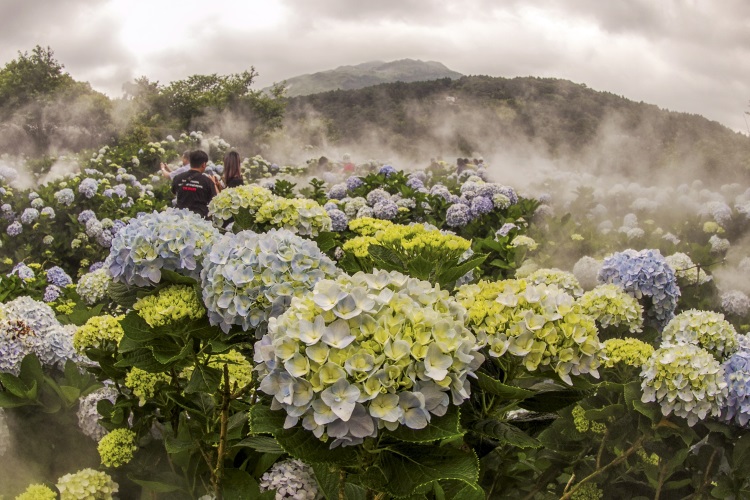 BEADS of sweat rolled down the face of the tanned worker as he pulled the weeds at a pineapple farm.

At a glance, you would not be faulted for thinking he was just one of the farm hands; but to my surprise, he was the owner of one of the leisure farms we had visited.

I noticed all of the leisure farm owners I met during my eight-day trip were tanned from toiling under the sun, their hands calloused from all the hard work.

One would not expect the owner of a leisure farm to personally toil under the sun, yet they undertake various duties around the farm on their own. 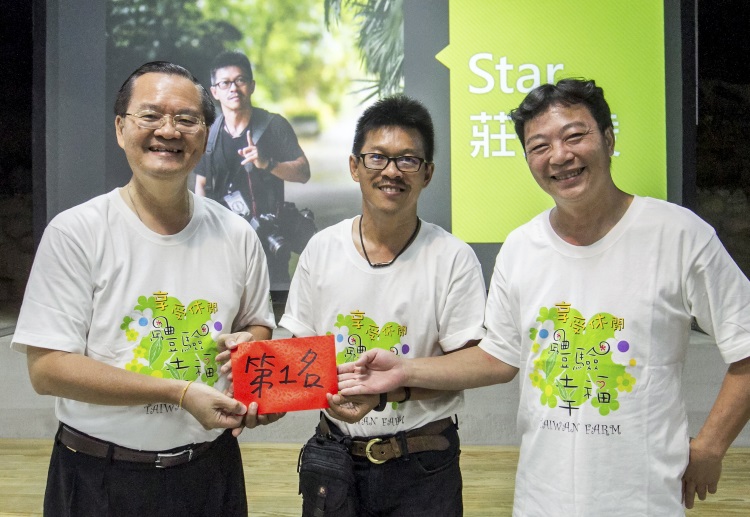 From driving tractors to harvesting, mending fishing nets and repairing machinery, they toil from dawn to dusk.

I was impressed with their dedication and hence, they became my inspiration for the final photo essay in the Malaysia Media Photography Competition at Taiwan Leisure Farm.

I was pleased the judges liked my work, which had won in a few categories. 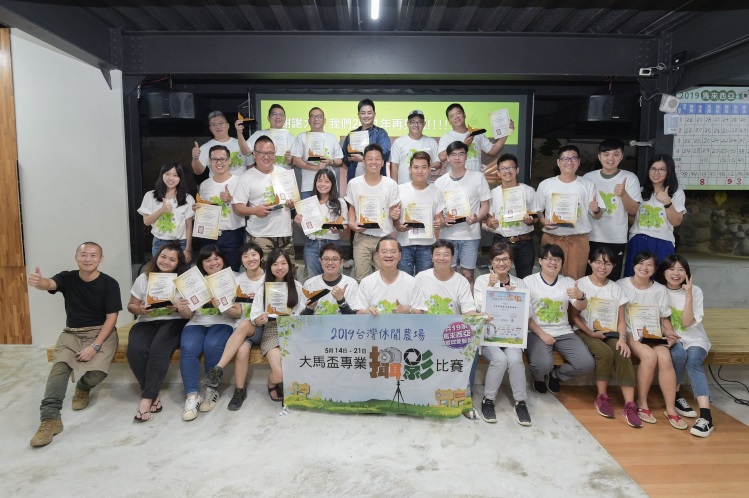 Participants of the media photography competition together with the organising committee and judges.

Aside from the photo essay, there were also daily competitions where I was the champion twice and also selected as the overall winner, which netted me a US$1,000 (RM4,163) cash prize plus a trophy.

A fish farmer’s hand from a series of shots for a photo essay.

taking part to capture the beauty of leisure farms in Taiwan.

This year is its fifth installment, and I was invited to participate. 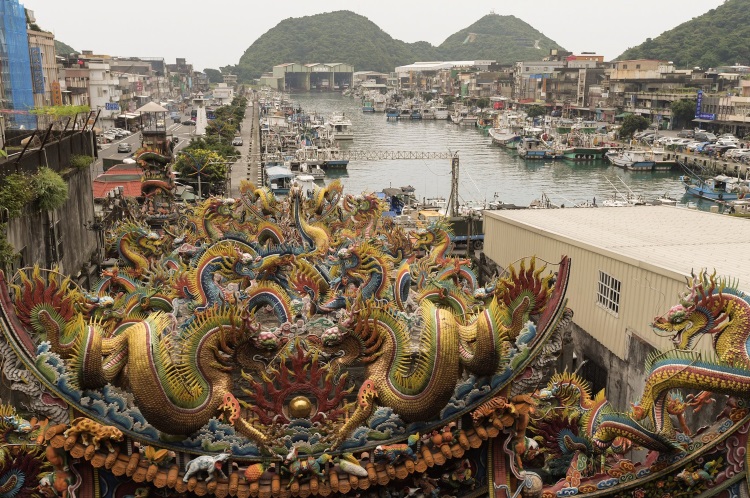 At the southern side of Su’ao Harbour is Nanfang’ao, a major base for coastal fishing. The abundance of fish caught here has made Nanfang’ao one of the three largest fishing towns on the island. There are three fishing harbours and markets at Nanfang’ao, each with its own unique characteristics. The first market is the site of fresh fish auctions, held daily around 2pm by the fishermen’s association. The second market is a retail market for seafood, with the fishermen selling their catch from 3pm to 5pm each day. Along the third fishing harbour is Yugang Road, which is packed with seafood restaurants and stores selling special products of the area. It is regularly packed with tourists as well.

It was co-organised by Apple Vacations and Conventions and the Taiwan Leisure Farms Development Association to promote Taiwanese leisure farms as tourist destinations.

It was the first time I had taken part in this photography contest, along with experiencing the challenges of being under heavy rain and the scorching sun.

Taking photographs according to the theme was hard but the scenery and rural lifestyle inspired me a whole lot.

The Star’s photo editor Ng Kok Leong and Taiwan’s famed author and photographer Kaas Chen Chih Tung were the judges this time around. 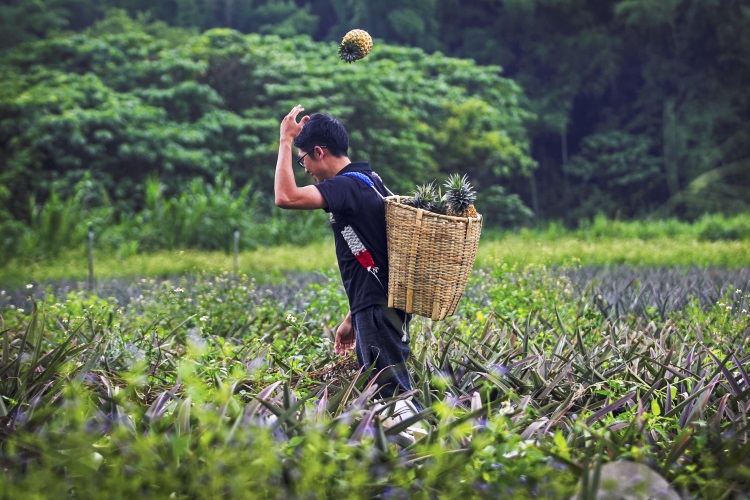 A farmer throwing a freshly harvested pineapple in to his basket at Pingtung Mingquan Farm.

Each day, we had to submit 20 pictures, representing the different themes given, to battle for the top five places and a consolation prize.

They drew lots and we were divided into groups which were then sent to different locations to complete our assignments. 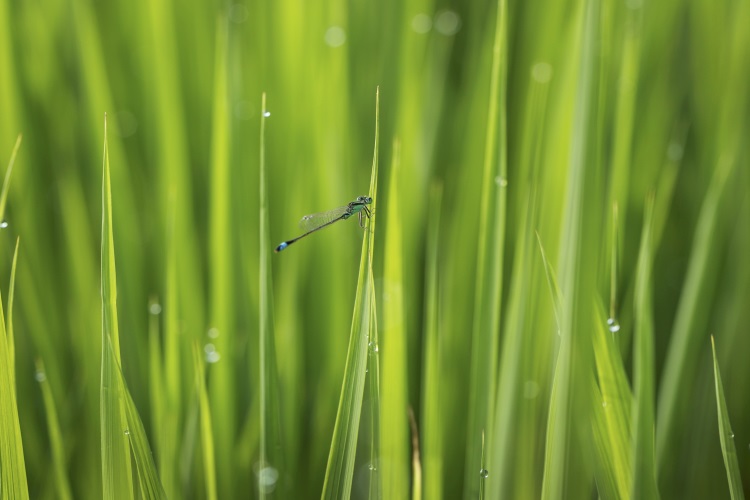 Life among the padi fields.

On the first day of the contest, I scouted for scenes that would reflect that day’s theme, “Green and Fresh”, at the prawn farm.

I came across fresh prawns caught in a net. That picture made it to first place among all submissions from that day’s field trips.

I always love to use elements of movement in photos, as they make the pictures look more lively and artistic. This could be seen in the pictures captured at a hydrangea flower farm at Zhuzihu Hydrangea Flower on the second day of the contest – agriculture sprayers covered the fully blossomed flowers with mist, creating an ethereal feel. 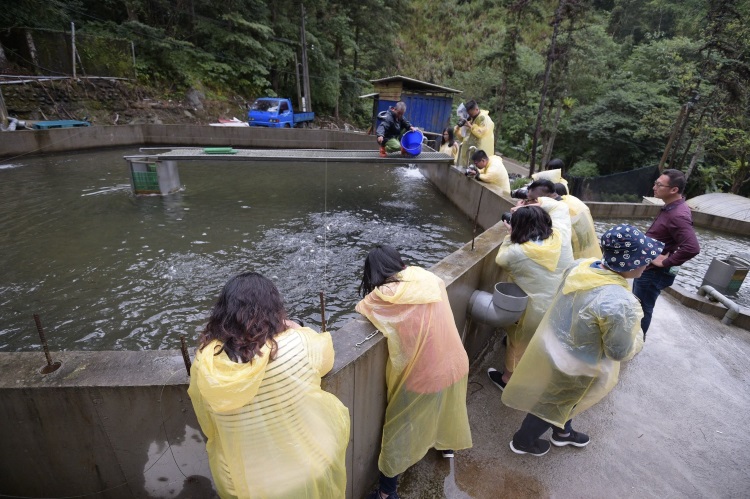 Participants at Chungu Squid Farm waiting for the right moment to snap.

The pictures were deemed special because they captured the scene surrounded by huge swathes of flower and mist, making it look like a sea of flowers, which fitted that day’s theme, “Wave”. 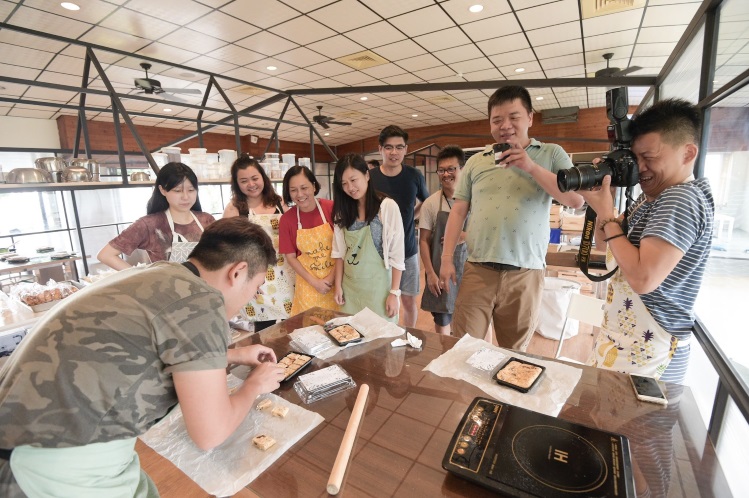 Participants are taught how to make cookies during a cooking demo at a Taiwan Fairy Lake Leisure farm.

On the final day of the contest, photographers were given the chance to flex their photojournalism skills and produce photos accompanied by a short, descriptive story.

The countryside is beautiful with lush greenery and cooling water flowing in the streams, but the weather could get quite hot. 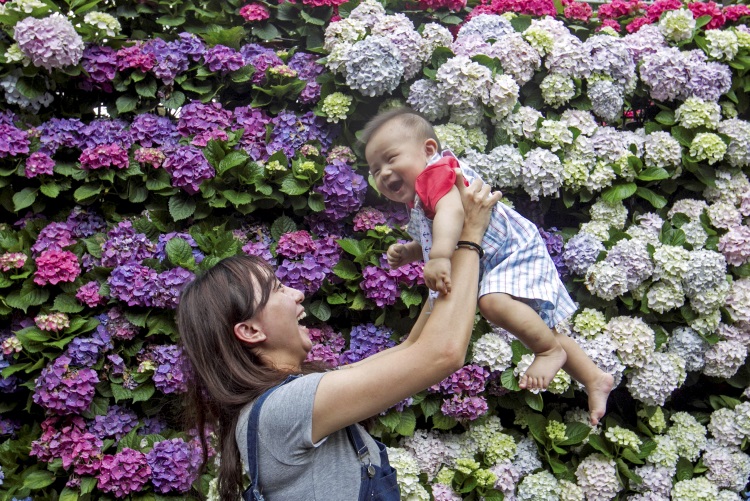 A smiling face amid a sea of flowers at Miaoli Flower Dew Leisure Farm.

It was tiring scaling all the different terrains to get the pictures, but winning the competition made all the hard work worth it.

To view all the winning shots, go to apple101.com.my or www.taiwanfarm.org.tw 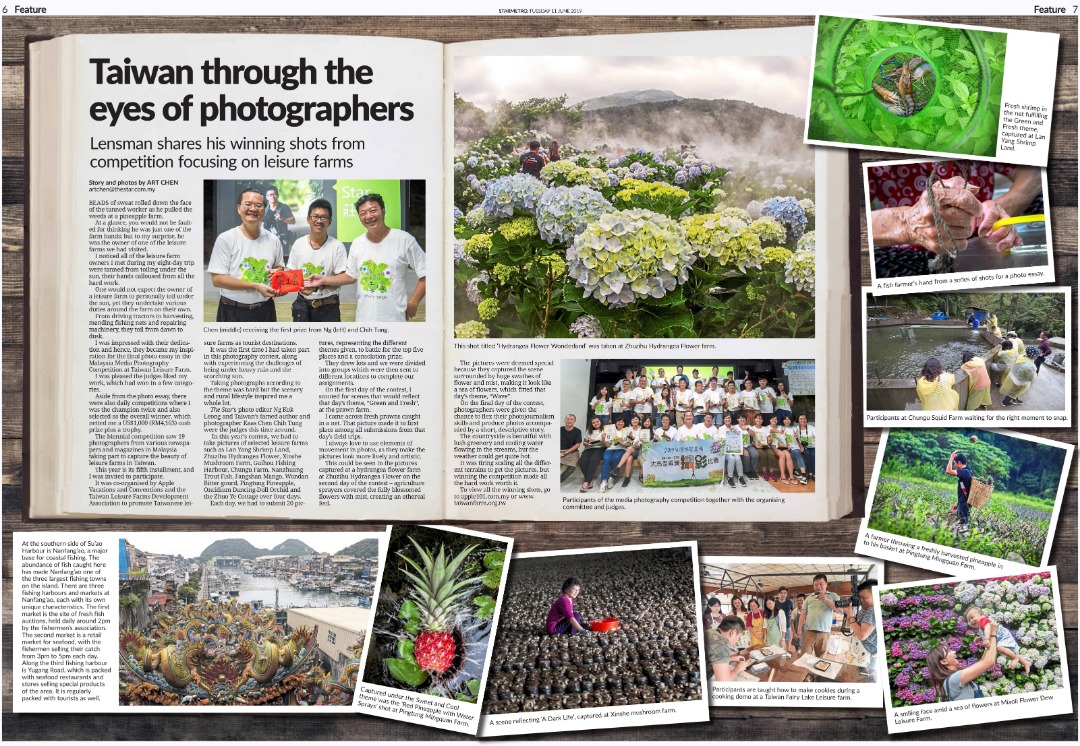