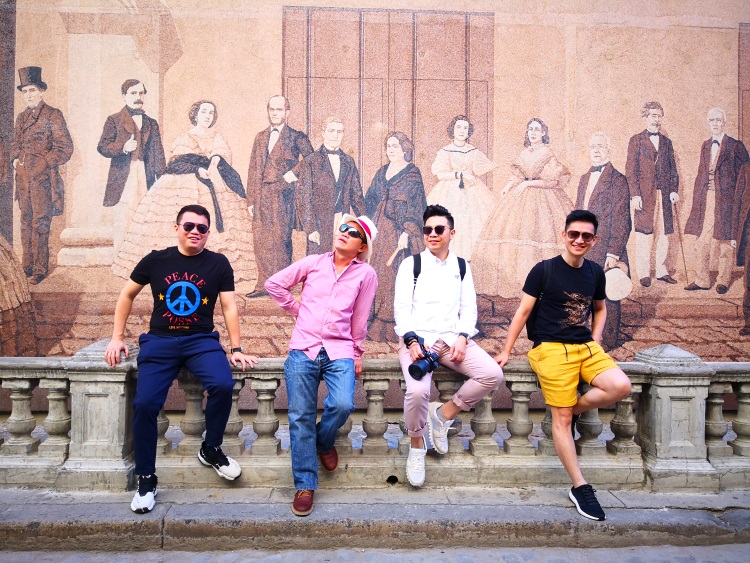 With the influx of tourists, all the old stuff in Cuba are prized anqitues. ─ Photos: APPLE WEST

As more tourists make their way to the Caribbean island, many wonder if foreign influencers will take over Cuba’s cultural heritage.

Cuba, a colony of Spain for 387 years, was dubbed the “ever-faithful island” by the Spanish Empire. During the Spanish-American War in 1898, Cuba managed to escape from colonialism; later it gained independence in 1902.

Almost a century of political unrest, and the birth of a communist regime, had not helped Cuba flourish, however. In fact, the country remained isolated from the rest of the world for many decades.

It does not help that the United States has imposed an embargo on the Cuban economy since 1969.

But now, 55 years later, things are finally starting to change. After the trade embargo in 1969, former US president Barack Obama normalised the US-Cuba relations in his outgoing year. This made an impact to the world.

As a traveller, though, I do not wish to see the proliferation of American culture on the streets of Cuba but I know it
is inevitable. The authentic Cuban style will eventually fade out. Authentic Cuban heritage and atmosphere will take start to take a backseat as American culture is assimilated into the country.

So, I made a quick decision to visit Cuba one month before the deal was made. If you’re also looking for a truly authentic Cuban experience, you should definitely put it on your travel itinerary soon. 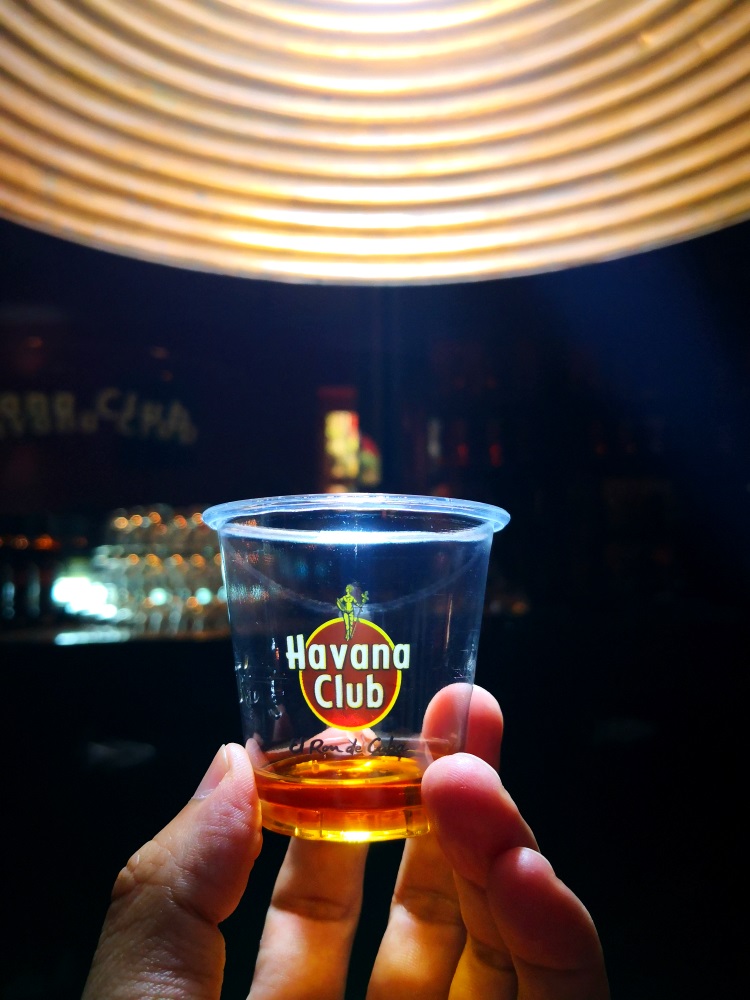 Havana, Cuba, founded in 1519, is a visually fascinating and culturally rich city.

Before leaving for Cuba, I was told about how dangerous the place was and to always be on the look out for bad guys like gang members, pimps, swindlers and pickpockets. Someone also mentioned starving people!

Well, if you take a look at Tourist Police reports in our own country, you will also read of cases of snatch theft, scams, illegal taxi overcharging and other tourist traps.

And don’t forget, we also have a worrying case of homelessness.

On the contrary, the Cubans are considerably ethical people as they value the economic importance of the tourism industry.

Due to their bad economic situation (sugar cane industry only rakes in 20% of what it used to make; unemployment rate increases etc), life has become a lot more difficult for many Cubans. Therefore, the annual two million tourist arrivals are deemed too valuable to their economy.

Hopefully, with the US opening to Cuba, the life of Cubans will start to ease. 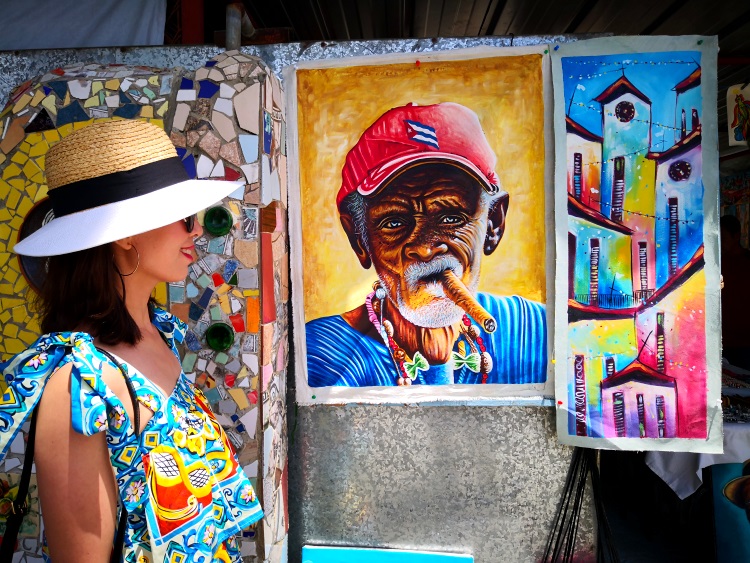 Havana is so much more than classic cars, cigars, and mojitos! Check out street art here!

Strolling in old Havana, you will see many dilapidated buildings, the legacy of the Spanish. While some of them have been restored, these centuries-old designs are nonetheless priceless buildings.

Most of these lands and houses became state properties until the economic reform in 2011 when the government sold them to private owners. When communism first took over, capitalists and the rich fled the country by boat, mostly to Florida in the US.

The private sectors comprised mainly of Cubans in the US who anticipated that the prices will soar once the US revokes the embargo.

Inequality of the institution
As I was curious about a long queue in the city, the tour guide explained that these are the people who work for the public enterprises or factories and are paid in pesos which can only be used to buy food at the state stores. The queue is where they exchange 25 peso for 1 convertible peso to purchase goods at general stores.

They have no choice as they suffered under the embargo for so many years. But as patriotic citizens they are still supportive of socialism. In fact, as I observed in the city, besides the tourist restaurants, souvenir shops, Havana Club bars and hotels, there aren’t any decent shops for locals. I bought some fridge magnets for US$2 for three, but the shop assistant didn’t seem enthusiastic about it. Could it be a language barrier or attitude problem?

This reminded me of the facial expressions of the North Korean workers. Even the staff at the Cuban airport have these expressionless faces. Well, I just took it as part of the Cuban experience.

The airport baggage system was adequate despite a minor glitch (we waited for 45 minutes). The immigration counter service moves considerably fast, like in Russia and North Korea. Things at KL International Airport KLIA and Johor Baru airport are relatively slower, probably due to the biometric scanning. This should be reviewed.

My most memorable experience in Cuba is seeing antique car limousines. They’re just so retro! 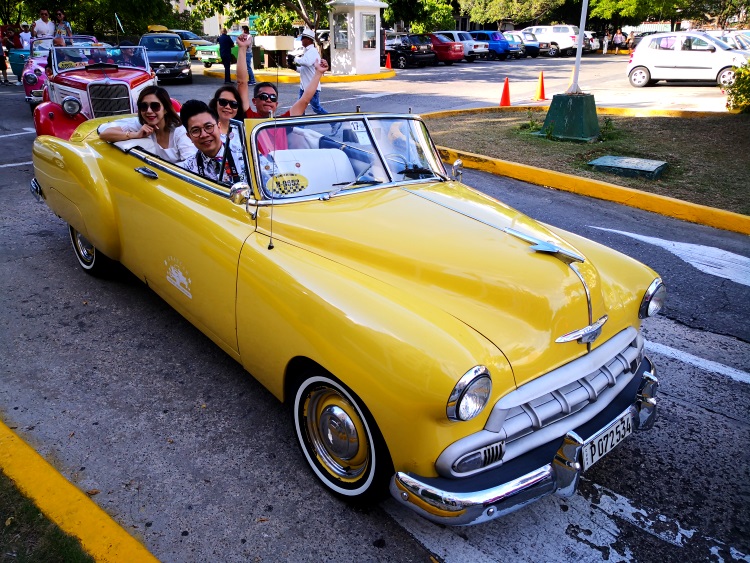 Classic cars are the selling point of Cuba’s tourism.

Meanwhile, the China-made tourist buses were neat and uniform. Tourist restaurants were up to standards with clean surroundings and they serve decent food.

Some friends suggested we try the seafood since Cuba is an island state. I tried the lobster, which unfortunately was frozen and not fresh, but at US$20 (RM80) it was considered cheap.

Many of these restaurants also provide live entertainment with bands playing Latin music.

However, there’s room for improvement when it comes to hotel cleanliness. WiFi is slow and expensive (US$5/RM20 per hour). As for souvenirs, Cohiba cigars are the preferred choice and also Cuban coffee. Many of the knick-knacks you find at souvenir stores are cheap but they are not locally made.

Visit soon
On July 20, 2015, the US and Cuban embassies, which had been closed since 1961, reopened in Havana and Washington respectively. This was followed by an official trip by Obama in March 2016. Today, several US airlines fly direct into Cuba.

However, current US President Donald Trump’s new policy sees a ban on business dealings with the Cuban military, and toughened restrictions on Americans travelling to the country.

According to Forbes, this year could be a banner year for Cuban tourism. As the Caribbean island continues to court ternational holidaymakers, the tourism ministry announced that they expect over five million visitor arrivals in 2019. Well, we hope that with this transition, Cuba is able to retain its inherent tradition and authenticity.