More people are looking to Okinawa in Japan for a well-rounded holiday…
and tips for longevity. 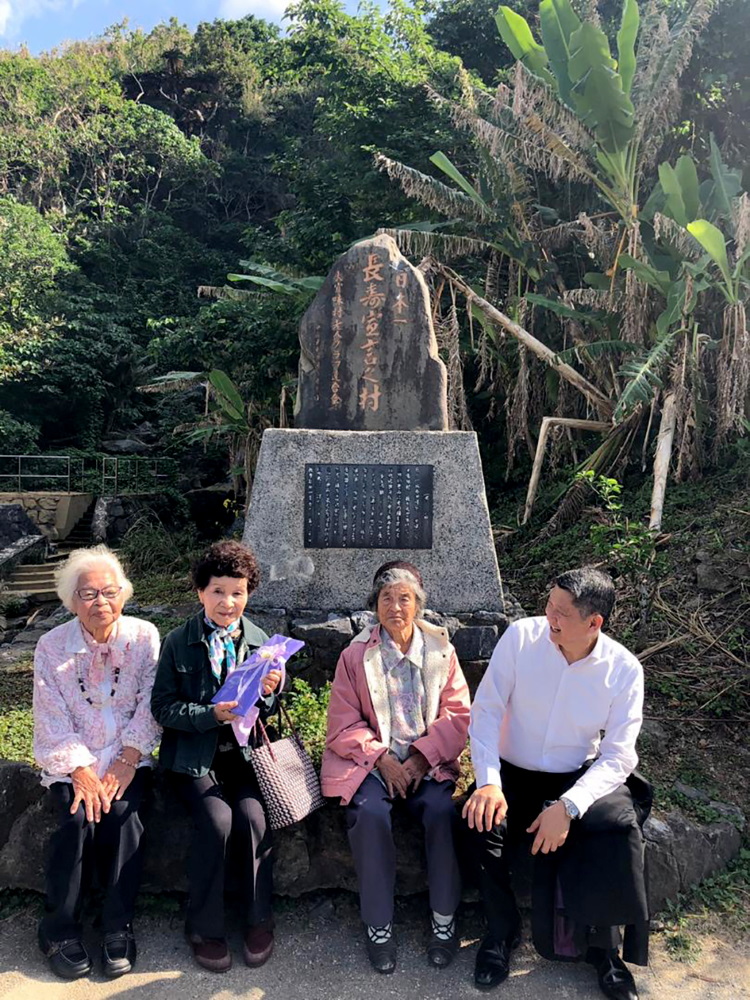 The writer (right) with folks from Ogimi Village, the world-famous Longevity Village in Okinawa. Photos: LEESAN

Around the same period, Li Manting wrote the Chinese words to Hua Xin (Flower Heart) which was composed by (Okinawa folk legend) Shoukichi Kina. It was sung by (HK pop star) Wakin Chau. The song shook the Chinese world, unexpectedly initiating the “Okinawa heat flow”, and spurred the idea of going to Okinawa to find love.

Once upon a time, the archipelago bowed to China and was documented as Ryukyu Kingdom, gradually becoming a country. Somewhere along the line, this name was changed to Okinawa.

When the Americans held administrative control over Okinawa from 1945 to 1972, they decided to call it by its 15th century name, Ryukyu Kingdom. However, this changed again and the island became known as Okinawa.

Then, when the Okinawa Prefecture Governor formally asked the central government for independence in 2015, he used Ryukyu as its official name. Prime Minister Abe will never agree to this; Okinawa is a territory hard-won by Japan’s Emperor Meiji in 1879. How can it be let go of so easily? 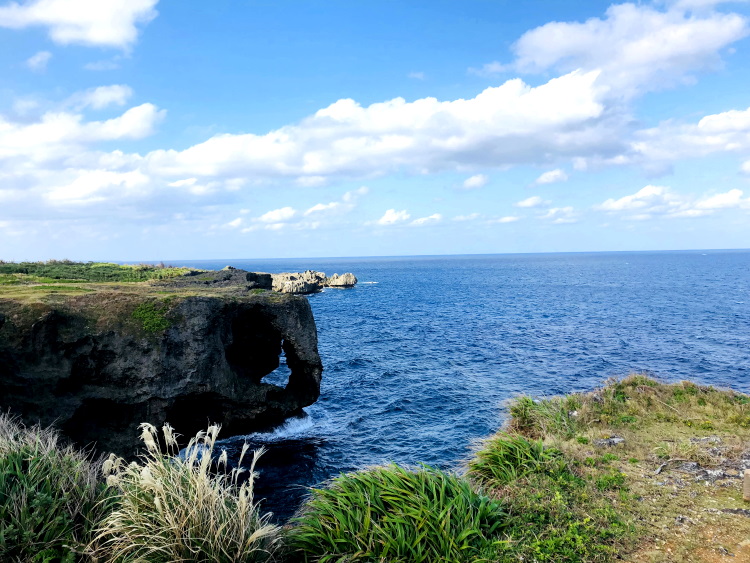 Cape Manzamo, a place well known for its superb views located in Onna village in the northern part of the main island of Okinawa. — Photos: LEESAN

The United States and Japan were enemies during World War II. Okinawa lost 140,000 people to the war while the US lost about 100,000. Today, however, Okinawa is the frontline military stronghold of the Japanese-American coalition forces against China and North Korea. It’s strange, but true.

Okinawans were not happy with the Okinawa Reversion Agreement between the US and Japan (1971), in which the former returned the island to Japan. In this agreement, the US Armed Forces are allowed to occupy the Okinawa Islands – that has a total area of 1,400sq km – and have access to its facilities. Nearly 130,000 US troops are stationed there.

The US Air Force base in central Kadena, covering an area of 20sq km has 200 jetfighters and 9,000 American soldiers is (or should) be a major concern to the 1.4 million Okinawans. This is the largest air force base in the Far East!

In addition, 2.13 million international tourists mainly from Taiwan, South Korea, China and Hong Kong, and recently supplemented by cruise passengers from Vietnam and Singapore, visit the Okinawa Islands. Of course, the US military base and the American Village are also listed as two of the valuable tourist attractions there. 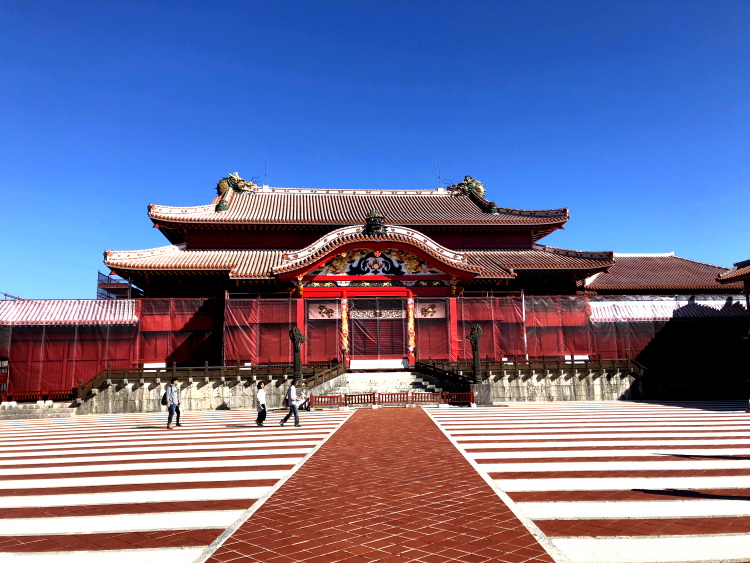 Shuri Castle is one of the Unesco World Heritage-designated castles of the Ryukyu Kingdom islands. Photos: Leesan Shisha on a roof top, it is a traditional Ryukyuan cultural artifact and decoration derived from Chinese guardian lions, often seen in similar pairs, resembling a cross between a lion and a dog, from Okinawan mythology. Photos: Leesan

In such an island where it’s spring and summer throughout the year, surely there lies some irresistible lure and charm?

Board any boat or plane out from the island, and the world’s top seascape in Okinawa will be completely “exposed” – don’t leave your sunblock and high UV sunglasses behind!

For thousands of years, the world has been seeking the “pill of immortality”. Recently, this journey to unearth the secrets of longevity took place in the Okinawa Islands. Scientists have spent decades trying to reveal the mystery behind the longevity of Okinawa people, including their genes and lifestyles. The number of centenarians in Okinawa is worth mentioning.

Okinawa has 68 centenarians per 100,000 inhabitants, three times more than the US. Even by Japanese standards (Japan is the country with the highest average life expectancy in the world), the Okinawans’ life expectancy is still very prominent.

Compared with the other parts of Japan, Okinawans are 40% more likely to live longer than 100 years.

This writer unexpectedly found that the Ogimi Village at the north-eastern corner of Okinawa is the world-famous Longevity Village. It is said that thousands of villagers there are over 100 years old!

Unfortunately, when we entered the village at 5.30pm, the seniors all seemed to be sleeping and we did not want to wake them up. 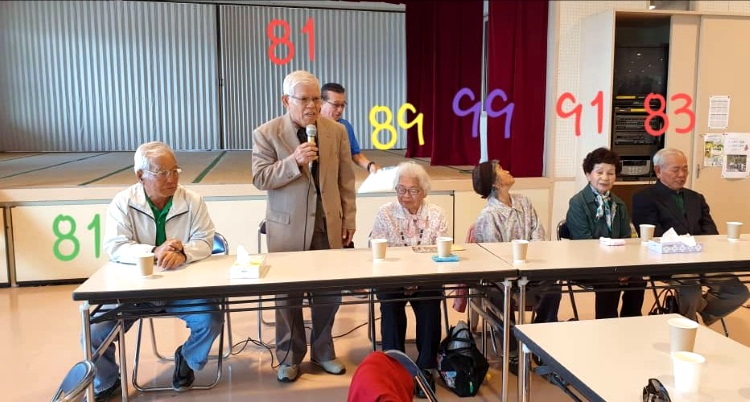 I stayed at the famous Ritz Carlton Golf Resort in the northern part of Okinawa. General manager Sasaki strongly recommended the famous AGU black pork of the local breed, accompanied by soba buckwheat noodles in clear Okinawan broth and a salad of sea grapes. This combination reflects the multi-dimensional character of Okinawa, completely different from the main Japanese islands.

Okinawa’s sightseeing brand packaging is not inferior compared to Hokkaido. The sea salt from 22m beneath Miyako Island is known as the priceless “snow salt”, while the Ishigaki cattle carefully cultivated in Ishigaki Island are used for its signature teppanyaki.

Kaori, the sales assistant at the hotel, said that the ratio of Ryukyu and Japanese people on Okinawa may be 75:25, but it is widely accepted to live together and intermarry without opposition.

Although the Ryukyu people were assimilated into the Japanese mainland, fortunately, some of the old Ryukyu people who returned unyieldingly retained the characteristics of the old Okinawa, especially the food culture, architectural style, Shisa stone lion, Feng Shui, Shigandang (stone tablet to ward off evil spirits), clothing, accent and attitude.

Kaori said: “Please don’t misunderstand us, this is not a show for tourists! Because Okinawans are Ryukyu people!”

At the Naha Airport in the south, I accepted radio and newspaper interviews and reiterated that the reputation of Okinawa is undeniably strong on the international map, and this is why we had 378 people on board our chartered flight. Throughout our five days and four nights in Okinawa, the tour members felt and experienced the personal warmth of Okinawa.

Perhaps we may forget the US military base, but we definitely can’t forget the azure blue skies, AGU pork and Ishigaki beef, and obviously the bikini beauties in Okinawa! 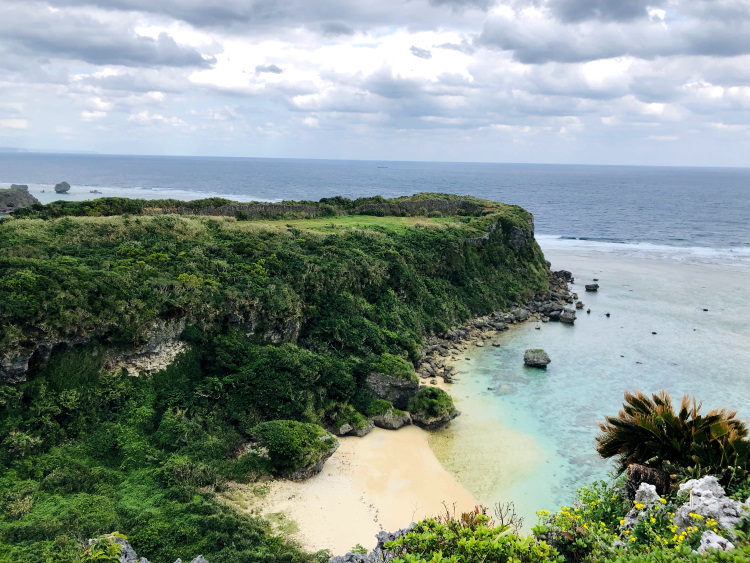 Leesan, the founder of Apple Vacations, has travelled to 123 countries, six continents and enjoys sharing his travel stories and insights. He has also authored two books. 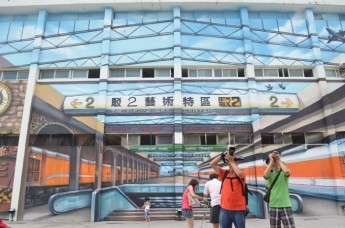