Samarkand in Uzbekistan is where one goes to learn about ancient Asian history. 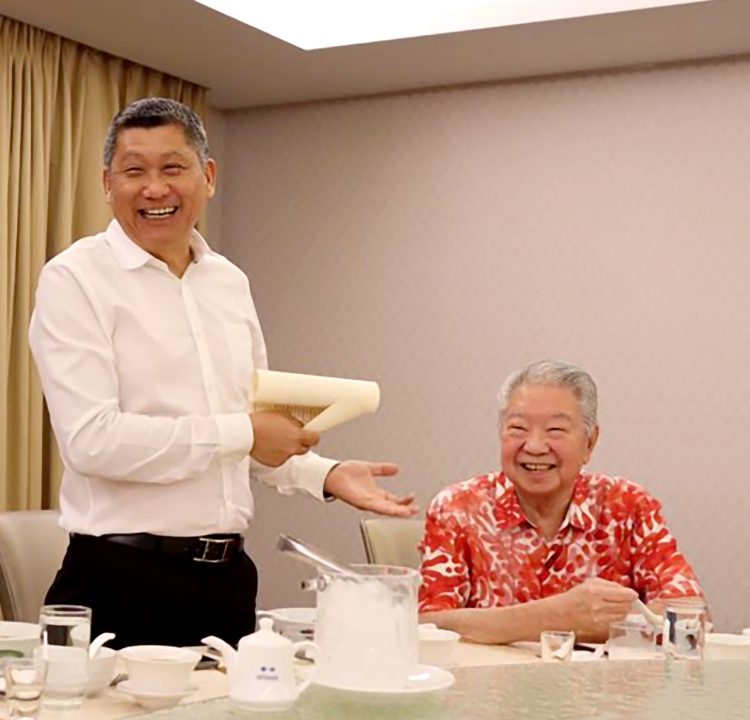 There is no doubt that popular Hong Kong-based columnist, food critic and film producer Chua Lam truly loves Nanyang (Nanyang here refers to the region from China’s Yunnan province to Singapore in the south). He makes trips down south several times a year with a clear purpose – to return to familiar places, find good food and visit old friends, and to simply remember his hometown, Singapore.

The fact that Chua Lam loves coming to Nanyang is enough to crown him as the region’s ambassador. Did you know that Chua Lam has more than 10 million followers on Weibo? That’s almost a small country!

It’s too bad that our tourism minister does not know how to capitalise on Chua Lam’s popularity. When Tan Sri Ng Yen Yen was the Minister of Tourism, Arts and Culture (from 2009 to 2013), she successfully “made use” of the Jimmy Choo brand to promote Malaysia’s fashion industry in the international market.

Doesn’t “Chua Lam” have similar value as a brand name? Once upon a time, Chua Lam tried his first Musang King durian, and began writing about it. As soon as this happened, this particular Malaysian fruit gained popularity worldwide; it truly became “the king” of durians!

The Black Thorn durian was also featured in his Weibo, and it too became a top choice for many durian fans. Other dishes that Chua Lam has helped popularised include crab curry, river fish, char kuay teow, Hokkien mee, bean sprout chicken, pig’s organ soup, yong tau fu and bak kut teh.

I believe that these dishes, which we Malaysians regard as street food or hawker food, became famous internationally because of Chua Lam’s recommendations. I think today, he can account for half of the tourism revenues of both Malaysia and Singapore!

In fact, you can see this through the success of the Lot 10 Hutong food court in Kuala Lumpur. Each food stall at the venue had been selected by him not only for their delicious dishes and top quality but also for their wonderful history. Today, many tourists from Hong Kong, Taiwan and China who visit KL will head to Lot 10 Hutong for a taste of authentic local cuisines. I told Chua Lam that the duck egg char kuay teow he chose is flavourful and aromatic – it’s my favourite.

Last week, Chua Lam and his friends revisited the Eastern & Oriental Express, which departed from Bangkok in Thailand and headed down to KL and Singapore. When we met in KL, he told me not to make any special arrangements for banquet-style dinners or lunches. “The various snacks at Malaysian coffee shops are my favourite, they are better than abalones and shark fins!” he said.

He made his way to the Win Heng Seng Restaurant at Imbi Road early one morning for breakfast. He also went to the Capitol Cafe at Bukit Bintang and ate curry noodles, Fuzhou egg pan mee, ABC and more, satisfying his tummy. Of course, he also could not leave the city without having a cup of local kopi-O.

“These dishes that have been etched in my memory from a young age are the kind of comfort food that can appease my taste buds at this age, ” he has said countless times. Chua Lam was born in Singapore in 1941, the same year Japan invaded and ruled Malaya. He grew up in Singapore but then left to continue his studies in Japan, where he stayed for a short while.

He remembers his mother telling him that during bad times, she could only hand-grind tapioca into flour and use it as a substitute for milk to keep the children from being hungry. Fortunately, after the war, their lives improved and he got the opportunity to eat the various Chinese cuisines of Singapore. He particularly likes Teochew food, like Teochew porridge, Teochew steamed fish and vegetable soup. He likes Hakka noodles, too.

Because of his work (he has produced dozens of movies including a handful starring Jackie Chan), Chua Lam has lived in various countries around the world including Italy, Portugal, Spain, Thailand, South Korea, Yugoslavia and of course, Japan. This has helped him develop his taste buds even more. 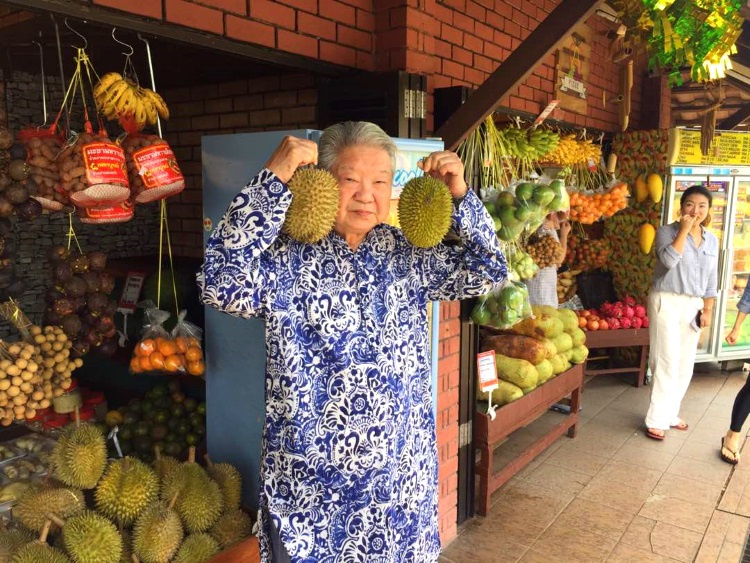 For many years, Chua Lam has been considered one of the four great talents in the world by Chinese communities and deserves to be taken seriously. However, he does not agree as he thinks Louis Cha “Jin Yong” is an even more worthy candidate. From an onlooker’s perspective, we can see just how many personalities have modelled their careers based on Chua Lam’s. But even though they imitate his actions, they can’t quite emulate his spirit.

Chua Lam is not only elegant and sophisticated with his words and actions, he is also a charismatic man. This is evidenced by his calligraphy skills. Every time I watch Chua Lam wield his pen, I am mesmerised just seeing the swishing of his brush. His calligraphy flows freely between the three kinds of Chinese letterings, and they look so natural and spontaneous.

‘If you ask me how sad I can be, it’s just like a pot of erguotou’ (to drink and forget), as cleverly written by Chua Lam.

Chua Lam’s brush strokes follow his mood – he writes different “fonts” when he is faced with different sights and seasons; that is what I call the special “Chua lettering”. It is truly unique yet easy to recognise, making it a fine piece of art.

He writes words and phrases that are light-hearted, playful and thought-provoking, as well as full of life and energy. Some of them include, “live in the present”, “flowers blossom and flowers wilt”, “spring blooms and autumn bears fruit”, “do whatever you want”, “have a Boho spirit”, “enjoy food to the utmost”, “thought of you suddenly, and laughed at myself” and “if you ask me how sad can I be, it’s just like a pot of erguotou” (to drink and forget).

“It is my pleasure to share with others – whether it is my books, my words, my restaurant, my taste or my travels. I hope to (awaken) everyone’s five senses, ” he said. He added that he is planning to visit KL and Penang sometime in April to meet fans and to share stories about his travels and his life, to do some calligraphy work and to sign his books.

Chua Lam’s affiliation with South-East Asia is by no means a coincidence. He always talks about the region in his interviews and books, introducing us to the world. I asked him, “You are a celebrity, yet you promote Nanyang so unreservedly. Why is that so?”

He just smiled widely and replied, “Let me be!” 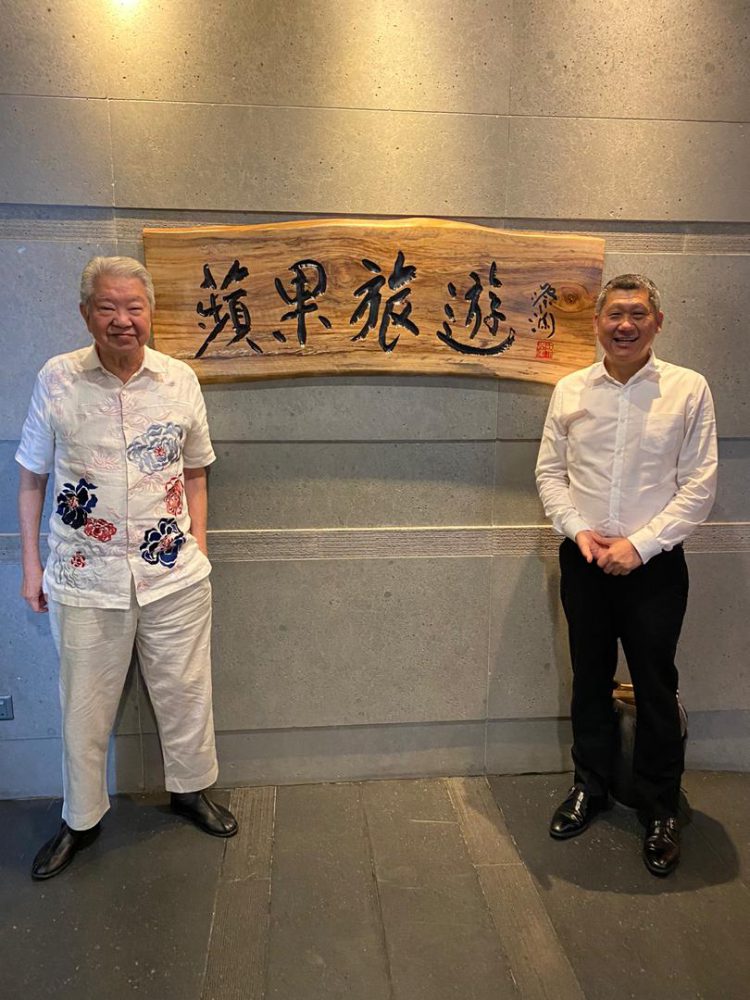 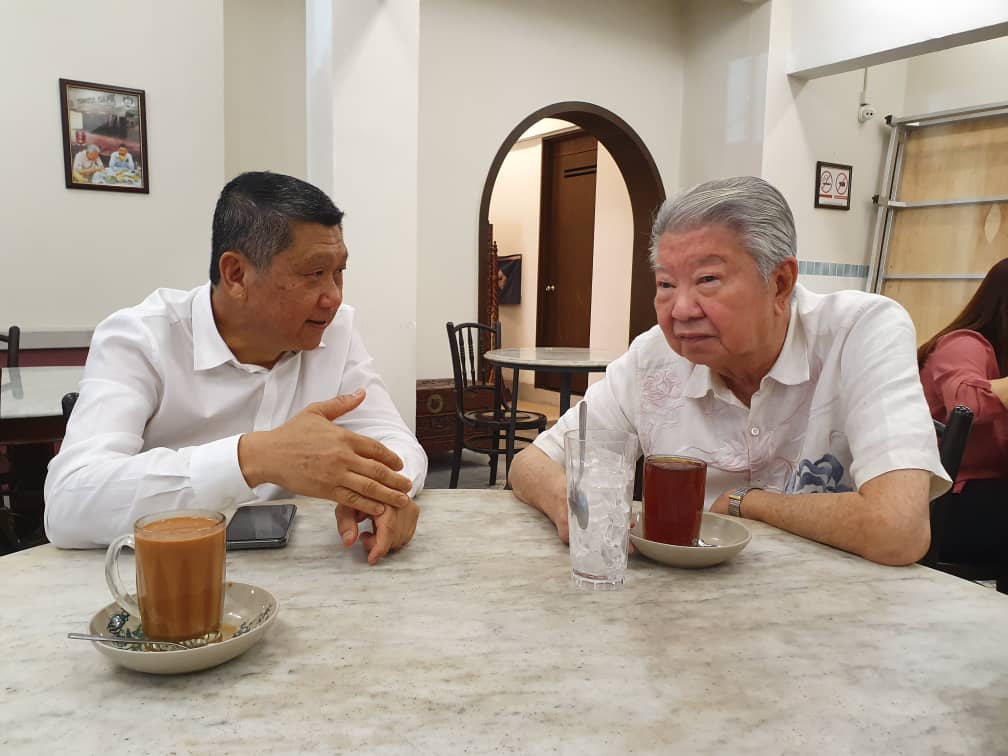 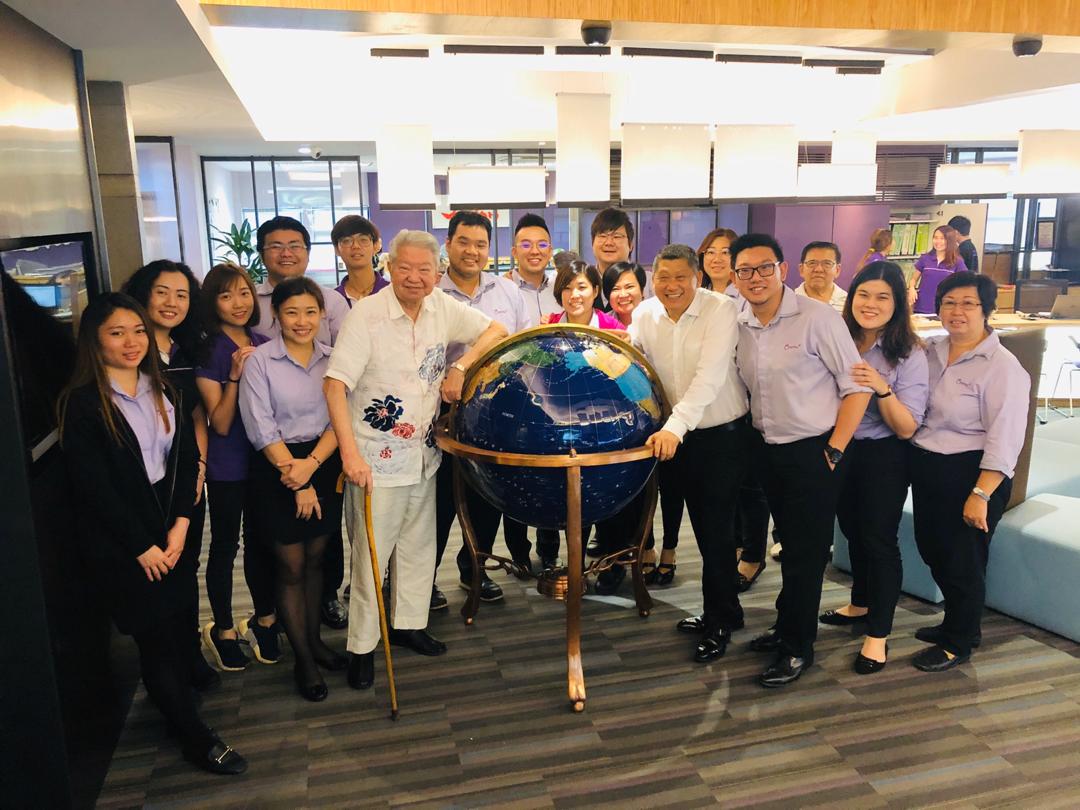 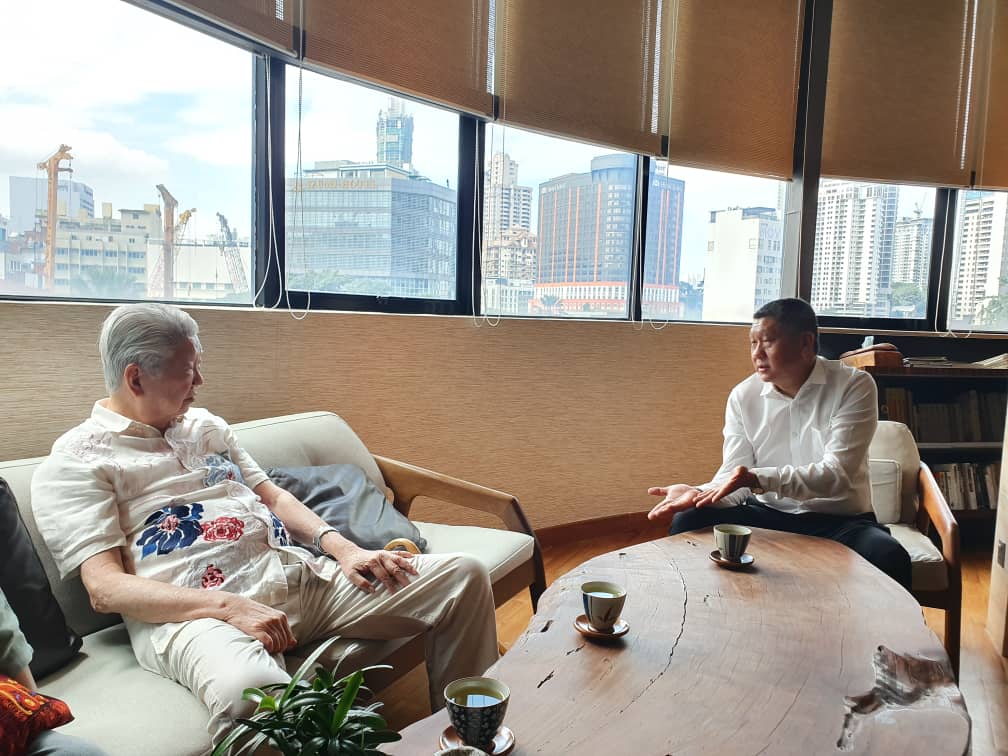 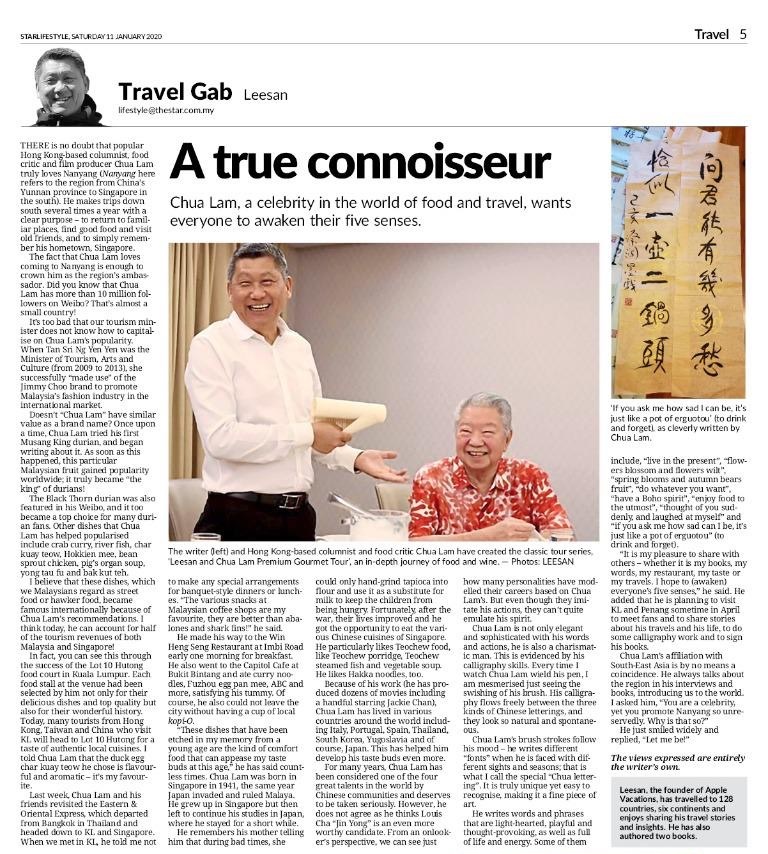 Let’s get beefed up – by leesan