a county in taiwan is fast making a name for itself as the place to be for agri-tourism. TAIWAN had been colonised by Japan for 50 years before World War II. At the time, Japan considered Taiwan their permanent territory, and developed the island in accordance with the highest Japanese standards.
These developments include infrastructure like railroad, airport, harbour, roads and towns, as well as industries like agriculture, ranching, fishing and forestry. These works were not limited to just Taipei and Taichung on the west coast, but across the island.

Even a county like Yilan, located in a remote and mountainous area, has benefited from the occupation and development by the Japanese.

Located in the northeast corner of Taiwan, Yilan is 131km away from Taipei. It is only an hour’s drive away on the National Highway No.5, traversing through the 13km Hsuehshan Tunnel. At present, Yilan, with a population of about 500,000 people, focuses primarily on agriculture and ranching while its hospitality industry plays a secondary role with leisure farms flourishing and blooming.

In the early days, the Japanese cut through the mountains and established coastal roads making railway access directly into Yilan and Luodong as well as Hualian and Taitung, which are more to the south. This railroad serves as a logistics network which is extremely strategic and of great significance. As Yilan was identified as a strategic area, the Japanese placed much importance in the building of the Suao Port and the old military airbase.

According to records of the Pacific War, the support for the Kamikaze Commandos was despatched from this airbase.

During the Japanese rule, Yilan took on the role as a food reserve for Taipei with rice, vegetables and fish as staples. The Japanese planted the high-quality Penglai rice, fruits and vegetables in the Lanyang Plains. The harvests were shipped out from Suao Port to Japan and various occupied territories in South-East Asia for the Japanese soldiers and their people.

This shows that Yilan is blessed with a very fertile soil that has been yielding a rich harvest since way back then. Throughout the 50 years of occupation, the Japanese military personnel and civilians often took time off their busy schedule for a retreat in the hot springs of Yilan. Being surrounded by mountains on three sides and overlooking the Pacific Ocean lends a sense of tranquillity and seclusion to this place.

Along with the greenery of the farms, it renders the right ambience for physical and mental healing. As the Japanese sow the seeds, the future generations reap the fruits. When they surrendered in 1945, the Kuomintang government inherited the excellent infrastructure of the island.

The Taiwan Leisure Farms Development Association (TLFDA), a non-profit organisation, has its nationwide headquarters located in Yilan city. Established in 2000, it has been working behind the scenes assisting farmers nationwide in their transformation, conducting education/training programmes and revising regulations.

The founding chairman Chang Ching-lai who is also the owner of Shangrila Leisure Farm and the secretary-general Dr Yu Wen-horng have been actively negotiating with the government and the agricultural committee to resolve issues concerning agricultural land and homestays.

Meanwhile, second-generation farm owners were mentored to participate whole-heartedly and revolutionise these leisure farms with tourism in mind. With the joint effort from a total of 457 leisure farms in Taiwan (data source: TLFDA), the agricultural industry has achieved high product values.

In Yilan County alone, there are 60 farms that have been successfully transformed into new tourism products encompassing farming with farm-stays that have a nostalgic ambience, which has attracted a steady stream of tourists both domestic and foreign.

Chang Ching-lai, the “farmer tycoon” made this analysis of Yilan: “The reason that Yilan was made the food reserve during the Japanese colonial days was due to its good soil, good air and good weather. It seemed that the Japanese found the secret to the water quality in Yilan. In fact, there is an underground spring that flows endlessly with crystal clear water which is very suitable for farming and fish rearing; and even more suitable for the pace of life after retirement.”

Meanwhile, as he was grilling Ayu fish on a barbeque pit, Lin Wei-Chuan, the owner of River Forest Resort, remarked that 60% of the Ayu fish in Taiwan came from the Yilan spring water. The spring lake next to the farm stay is teeming with bubbles and the water is so clear with many fish swimming around.

Yu has a good relationship with the Malaysian Chinese media. He is looking forward to a new business venture with the second-generation owner of San-fu Leisure Farm, Lusia Hsu and her husband Arche Chang. They are collaborating with well-known Japanese architects to transform the original farm stay built by her father Hsu Wen-Liang.

Yu felt fortunate to be the first guest in their new home even though it was only 80% complete. San-fu Leisure Farm is famous for applying the biocontrol technique of breeding mosquitoes to combat the problem of … mosquitoes. Her creation of purple potato coffee is well known far and wide, too.

Yu led me to the Feng Chun Villa where I first stayed over in 2005. It is interesting to note that Lin Song-hao, the second-generation owner introduced his mother’s traditional recipes as the menu of the “Farm Kitchen” and thus promoting the concept of traditional cuisines to the world. This is also one of the major efforts by the TLFDA to systematise the tradition of “private farm kitchen” menu.

The river Forest resort is beautiful. 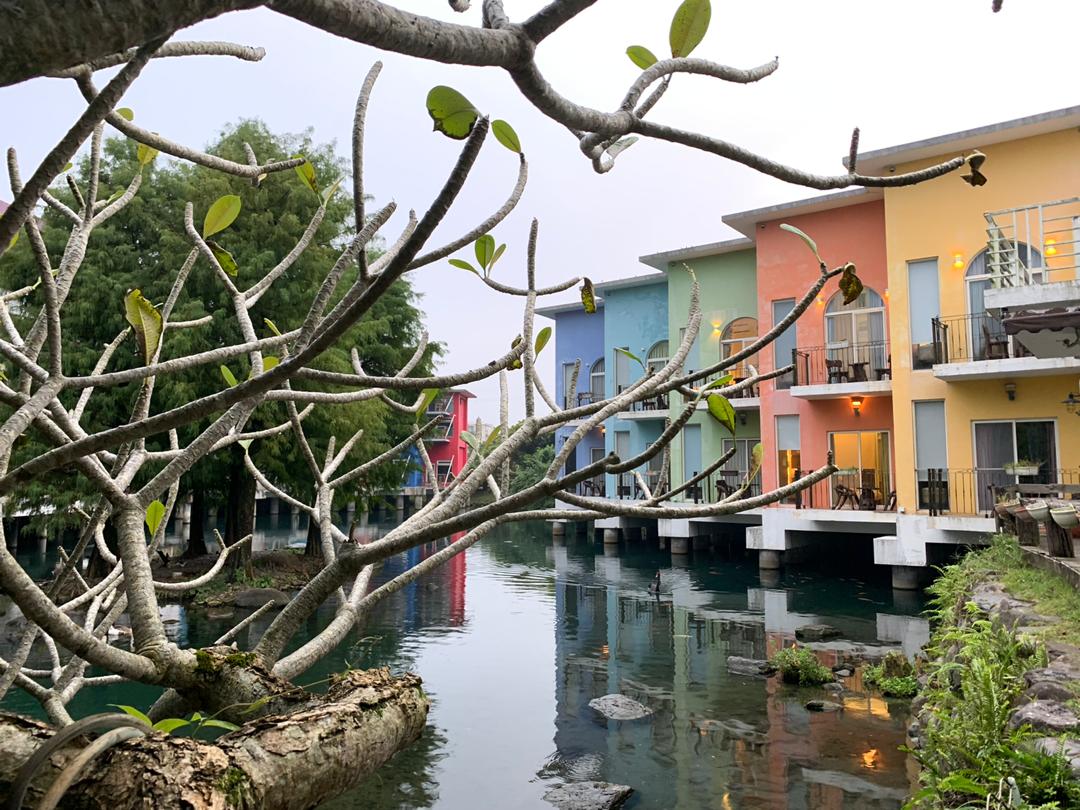 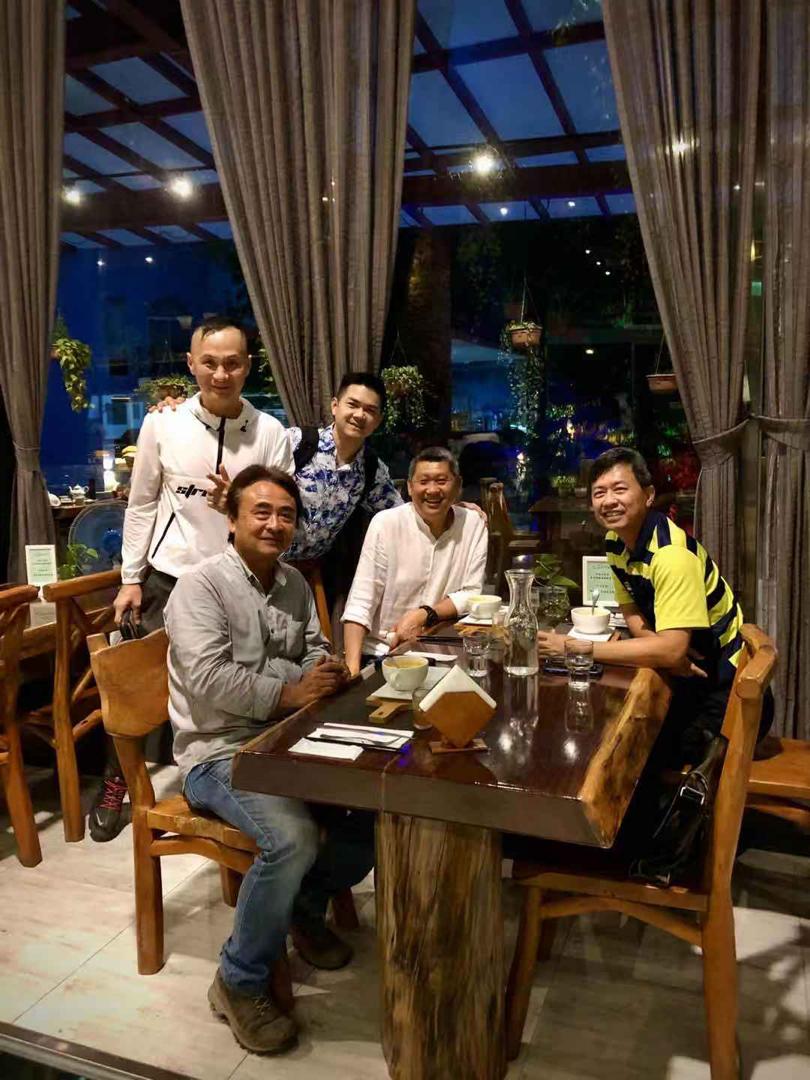 The writer first stayed over at Feng Chun Villa in 2005. 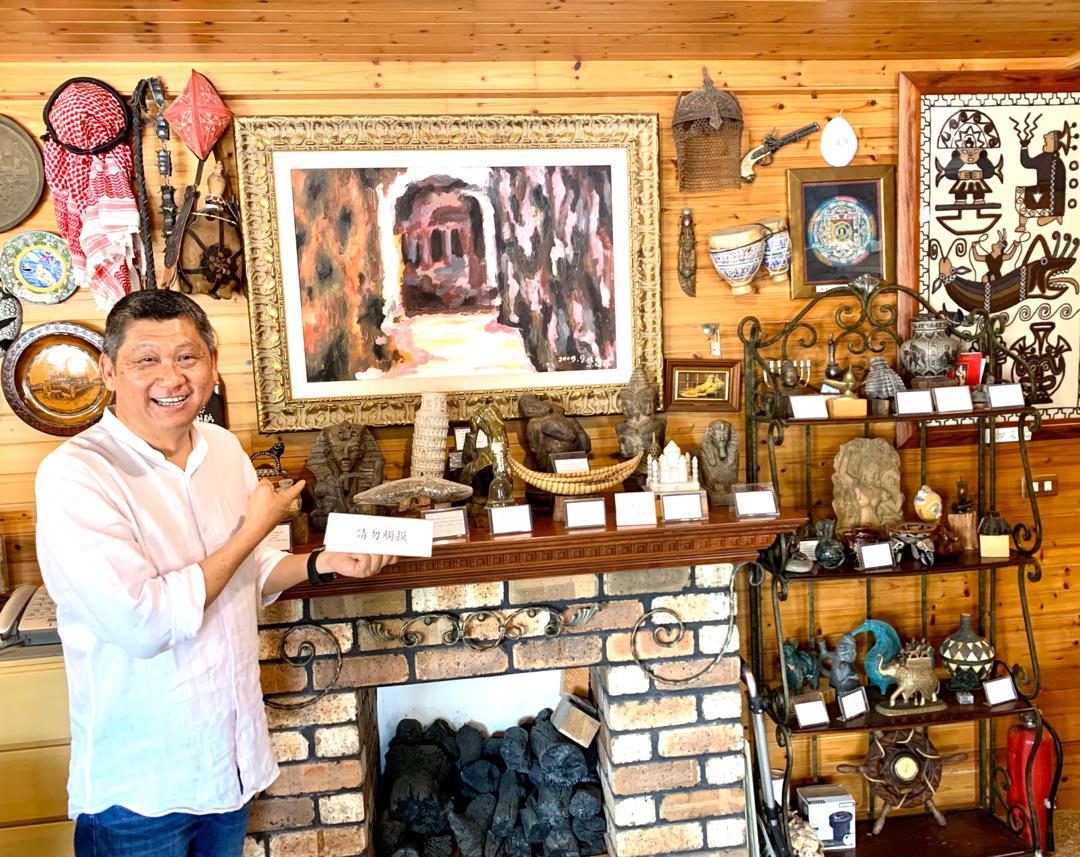 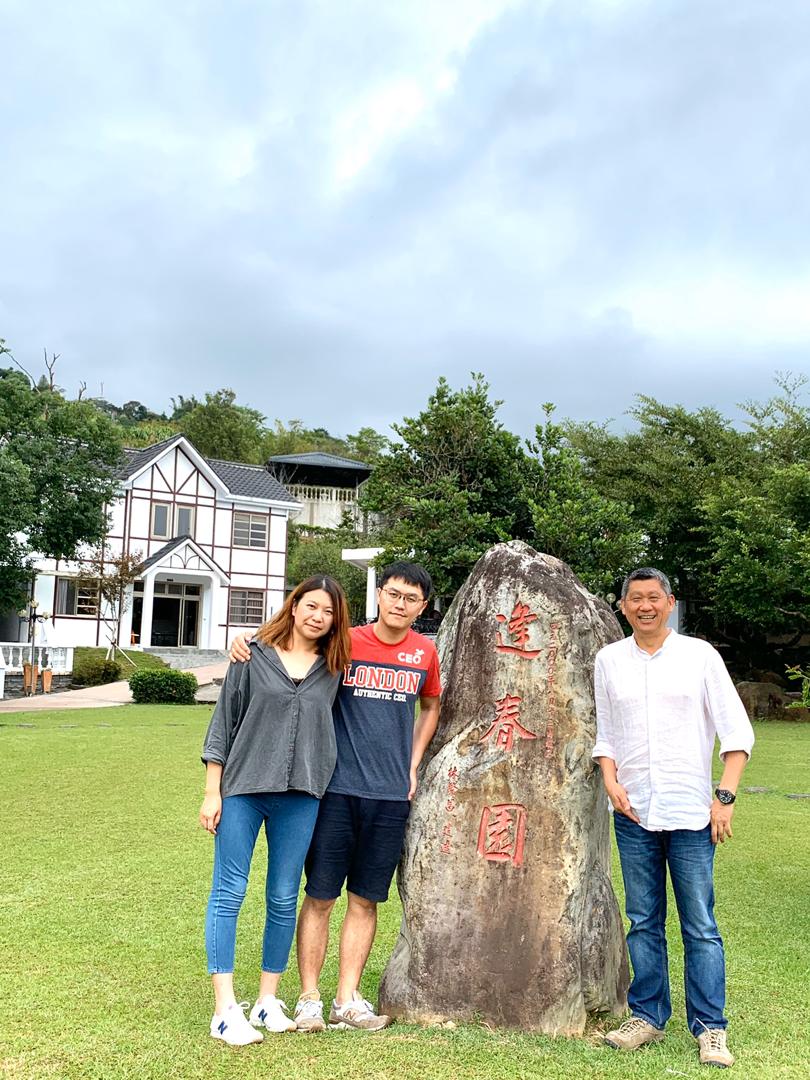 At Fairy Story Ecological Farm B&B, I met the owner Wu Li-zhu who put in a lifetime of effort to create dream homes by the farm so that families are able to enjoy great bonding time.

Madam Cho of Toucheng Leisure Farm, meanwhile, makes use of her farm stories to allow students and the public to get up close with farm life.

While the role of local farmers of Yilan might be small, it is a heavy responsibility that has a long way to go. Yilan is a land of abundance and comprises one city, three towns and eight villages. 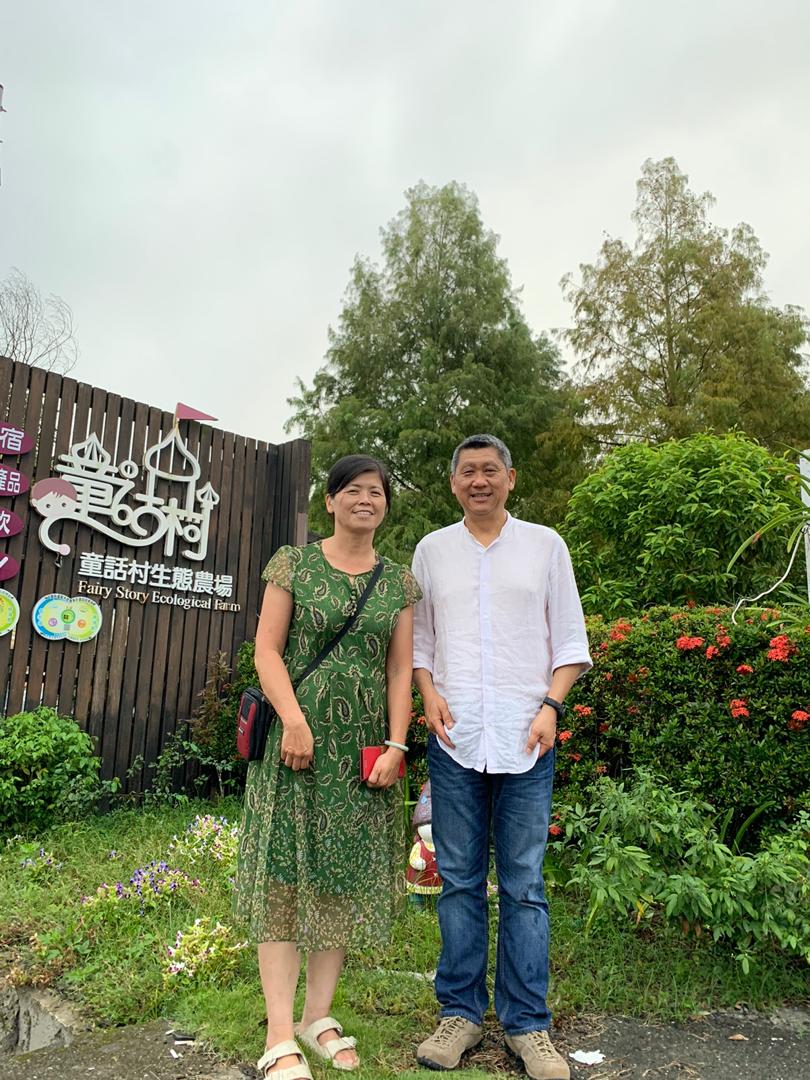 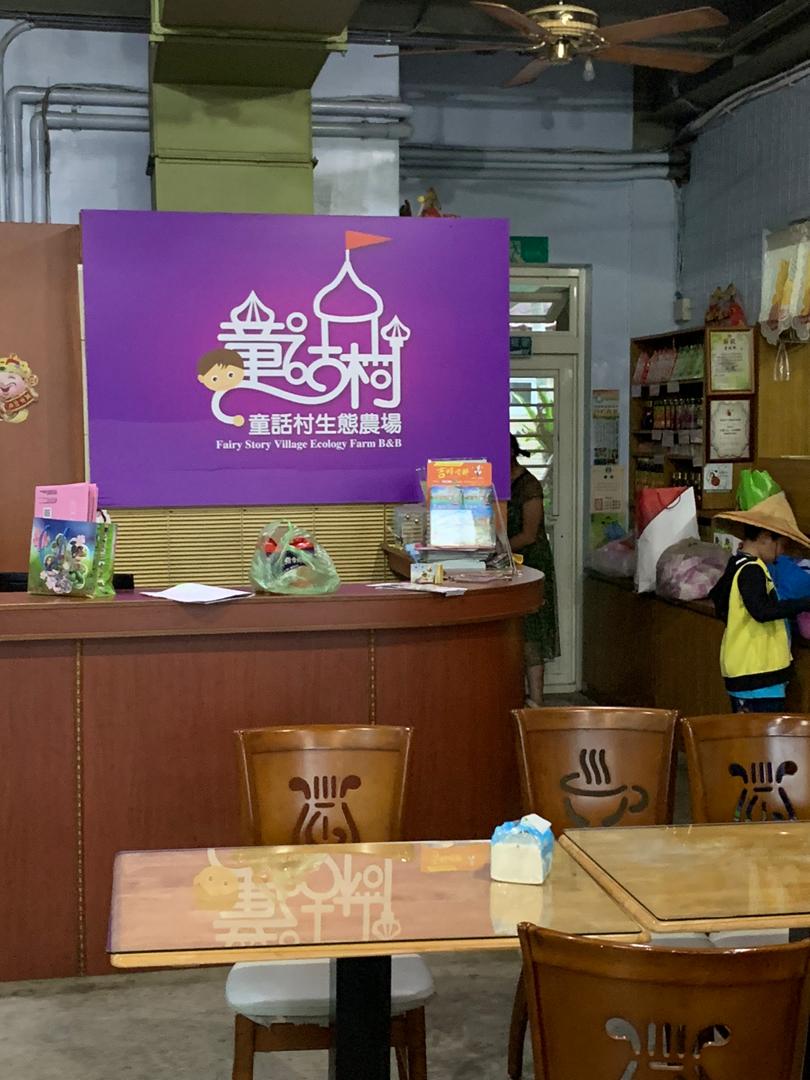 The San-fu Leisure Farm is a family-run business. 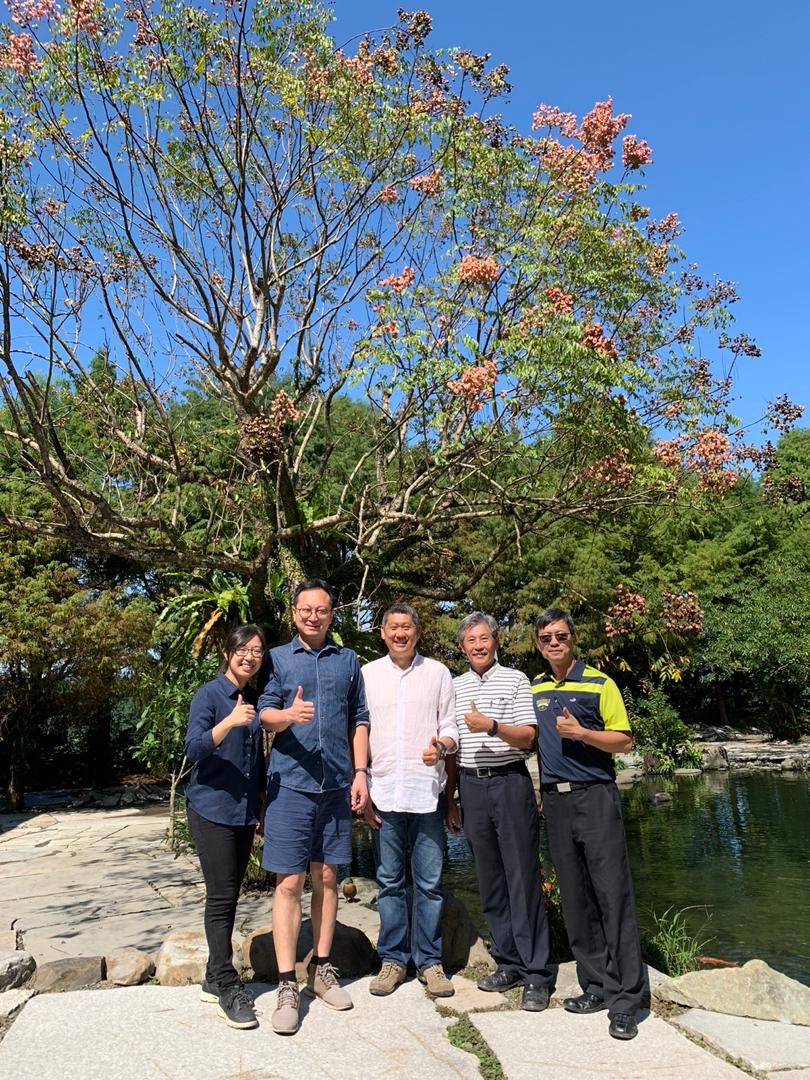 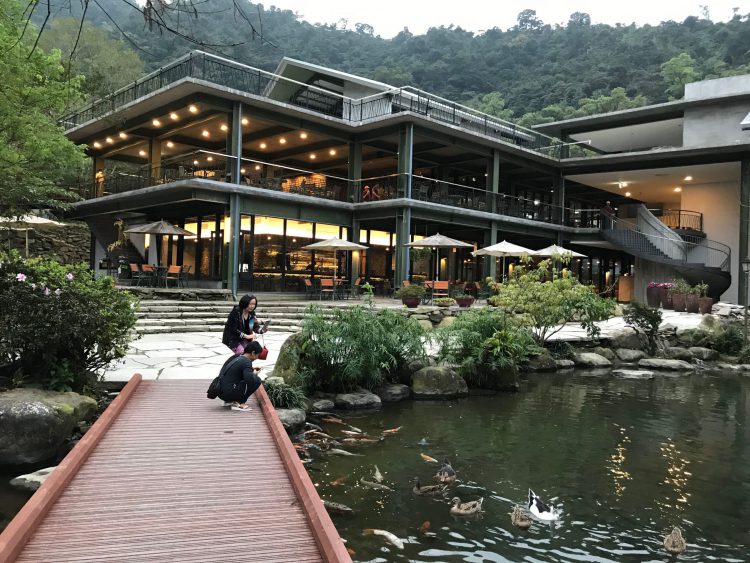 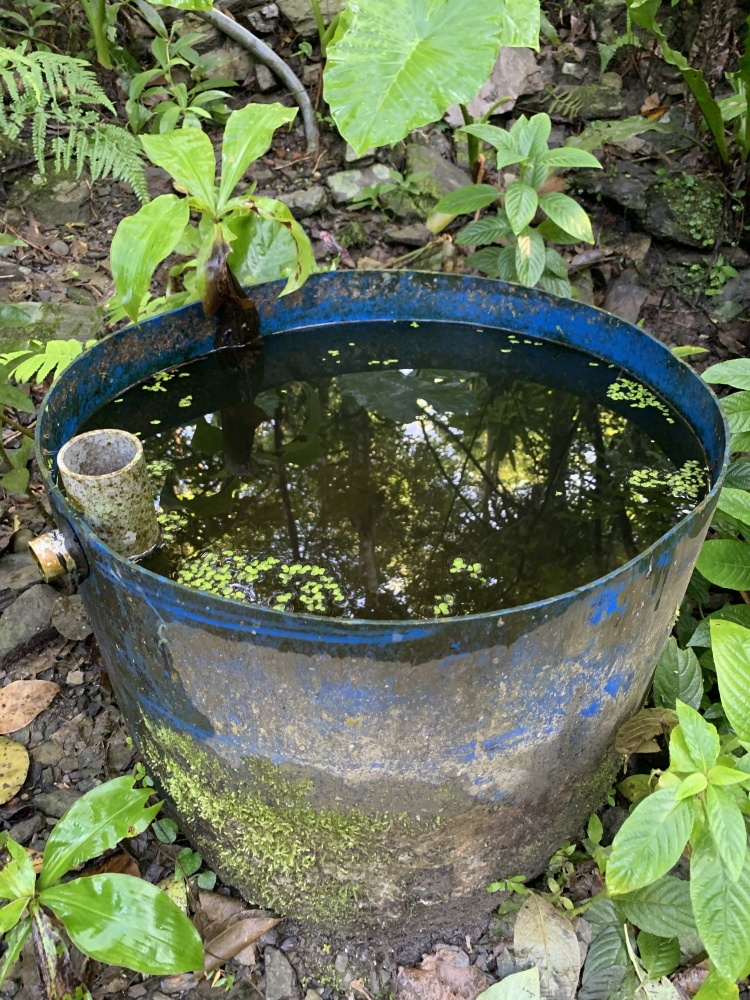 Due to the preferential development during the Japanese rule, industrialisation was not implemented in Yilan. Until today, agricultural produce like livestock, fruits and vegetables remain its basic economic activity. It is still flourishing!

I started my collaborations with the Taiwan Leisure Farms on Oct 10, 2005. For the past 11 years, leisure farms from across Taiwan have invited journalists from Malaysia to experience their farm stays. To date, more than 200 Malaysian journalists have become members of this unique Taiwan Leisure Farm Alumni Association. The views expressed are the writer’s own. 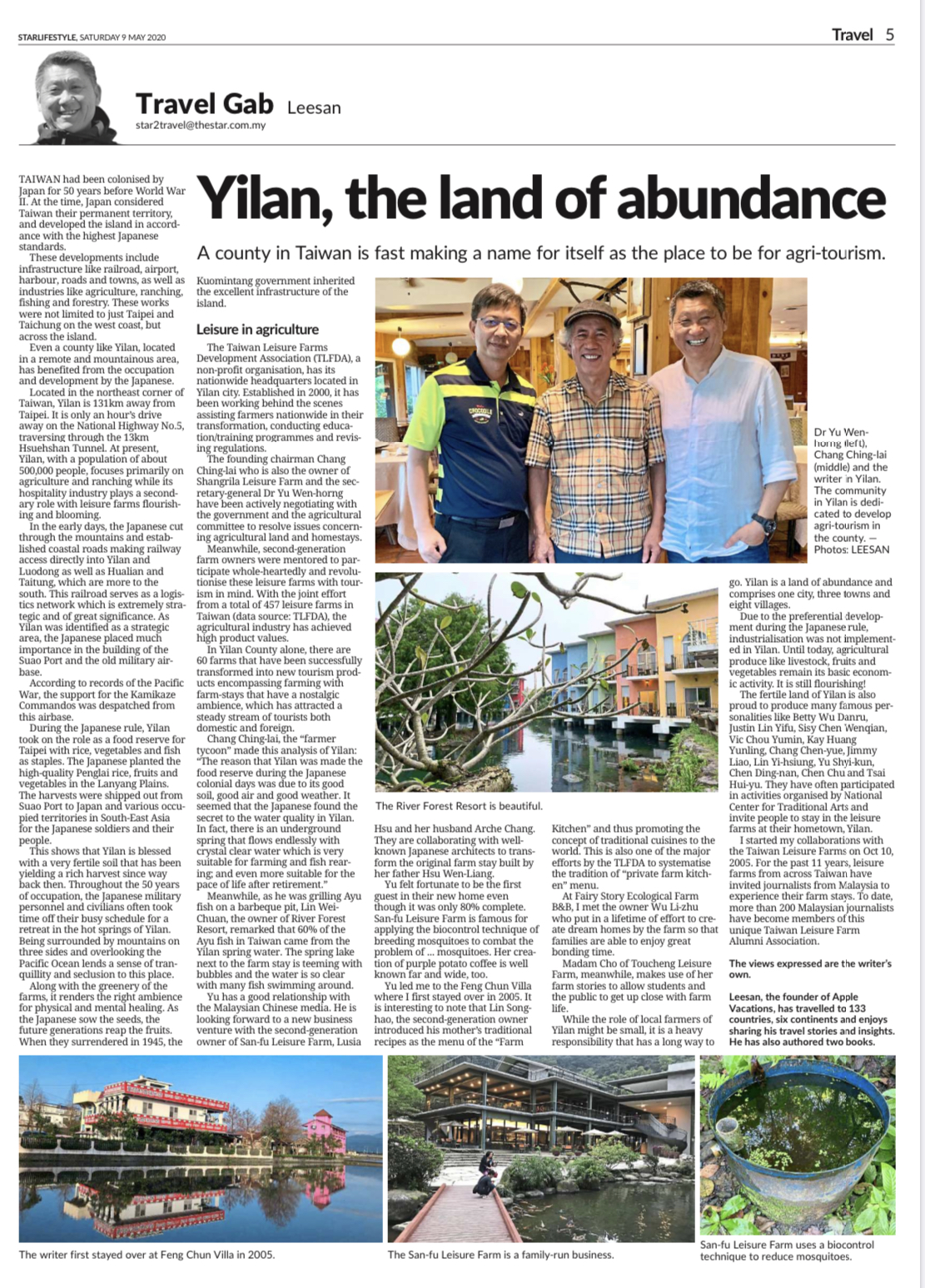