Whenever I would take a tour group around Japan, I would invariably set a task for the members: Look carefully at the asphalt roads in any city and try to find any pothole or crack. If anyone manages to get one, I’ll reward them with 7-Eleven’s famous anpan (red bean bun).

One mustn’t think it’s a free giveaway because finding a pothole on a Japanese road could be a tall order! 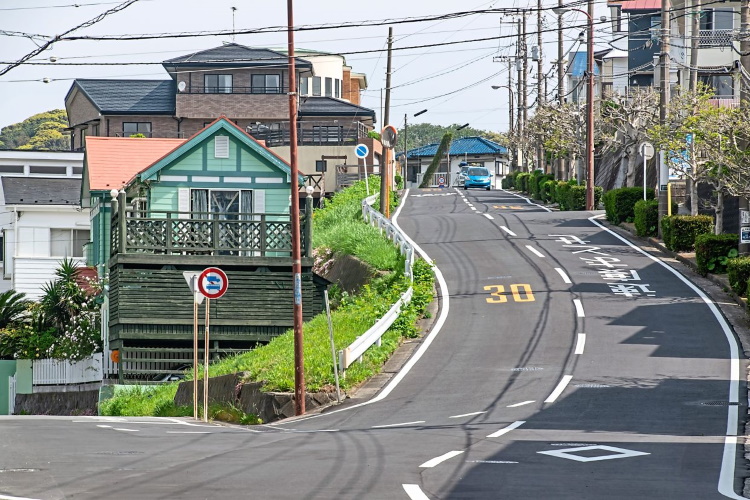 A city street in the Kanagawa prefecture of Japan. The lines on Japanese roads can always be clearly seen. — Photos: Handout

However, you may be able to win an anpan or two if you went all out and checked the pavements or sidewalks.

The lack of flaws or imperfections on Japanese roads goes very well with their “Wabi-Sabi” philosophy, which means simplicity and quietness. It is all about appreciating imperfections – coarse on the outside but impeccable on the inside. As such, the Japanese are known to regularly spray wash their asphalt roads, probably to mask the imperfections.

Everything that crosses your path in Japan is not just meant for your eyes, but to be appreciated with all your five senses, comparing its internal and external beauty as well as practicality. 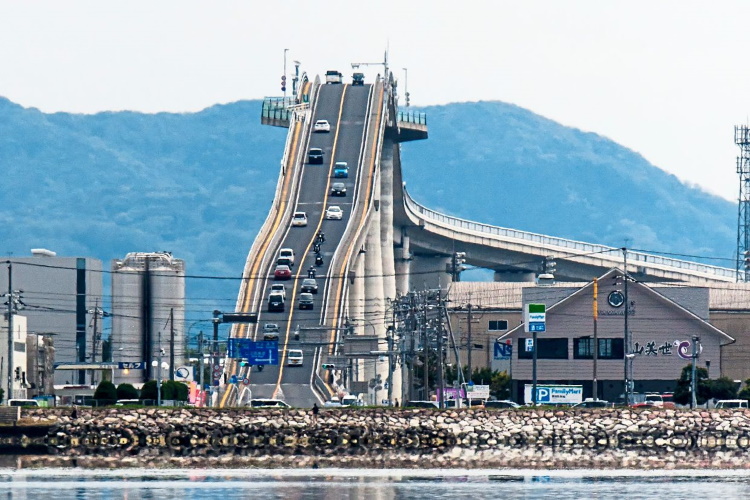 This incredibly steep bridge in Japan is more like a rollercoaster, and it connects the cities of Matsue and Sakaiminato, above Lake Nakaumi. You definitely won’t find any pothole on the road on this bridge. — Photos: Handout

As a matter of fact, the appreciation of Japan’s asphalt roads is among the highlights of the country’s “enjoy and experience” attractions for me.

Indeed, the Japanese are very particular when it comes to the smoothness and drainage, as well as the safety aspects of their roads.

The quality of roads in Japan is among the best in the world. The surface is pitch black in colour, soft and exceptionally durable, and will not wear out your tyres, thanks to the superior quality of natural bitumen suitably mixed with high quality locally-processed additives. So far only a handful of Scandinavian countries, Germany and Singapore can boast comparable pavement quality.

Notably, China has made remarkable improvements over the last 10 years in its own environmentally-friendly asphalt pavement technology, and is catching up fast to Japan.

Once we bumped into a team of technicians patching the pavement in an alley in Kyoto. Guess what? I willingly took out my wallet to buy everyone the promised 7-Eleven anpan. What a rare chance for me to lose a bet!

I then declared, “The professional Japanese technicians are not merely mending a road, they are also restoring a piece of artwork.” While munching on the anpan, the group members stared at me in bewilderment.

“Look! After carefully taking the measurements, these technicians in full working gear will start running their muted road cutters, and then use a vacuum cleaner to suck the debris, ” I continued. “And as if that wasn’t not enough, they are also doing so with minimal disruption, in consideration of the nearby residents and businesses, as well as pedestrians and vehicles.” 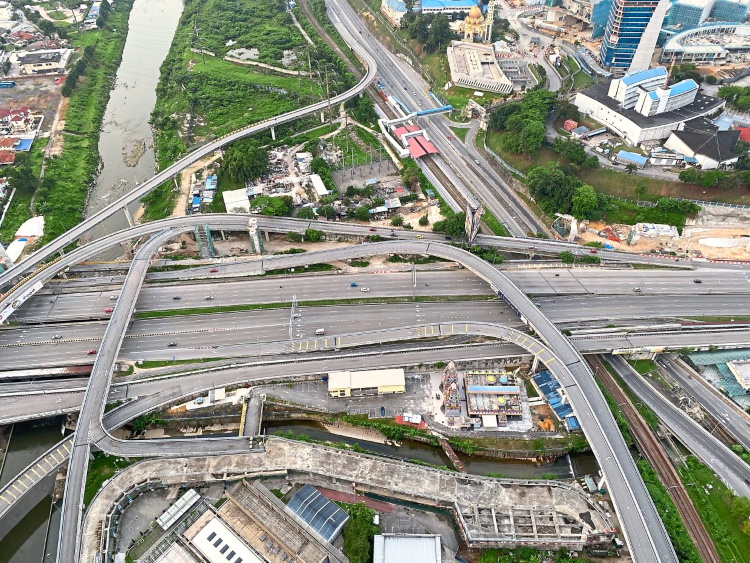 The Japanese will not patch up a whole road surface just to cover up a defect. Instead, they will redo a new “four-layered cake” consisting of sub-grade, sub-base course, base course and surface course – they do this layer by layer and properly press them to firmness.

“They must make sure the colour of the newly paved asphalt is almost identical to the existing one for visual consistency and smoothness, ” I shared.

The entire road restoration process perfectly embodies the essence of superior Japanese craftsmanship and utter attention to detail while ensuring the newly paved surface will not compromise in the future.

This is why I say that Japanese roads are a key attraction that any visitor to the country should learn to appreciate.

“Look again. The white lines painted on the road surface are so neat and clean, there’s no sign of fading, ” I concluded. 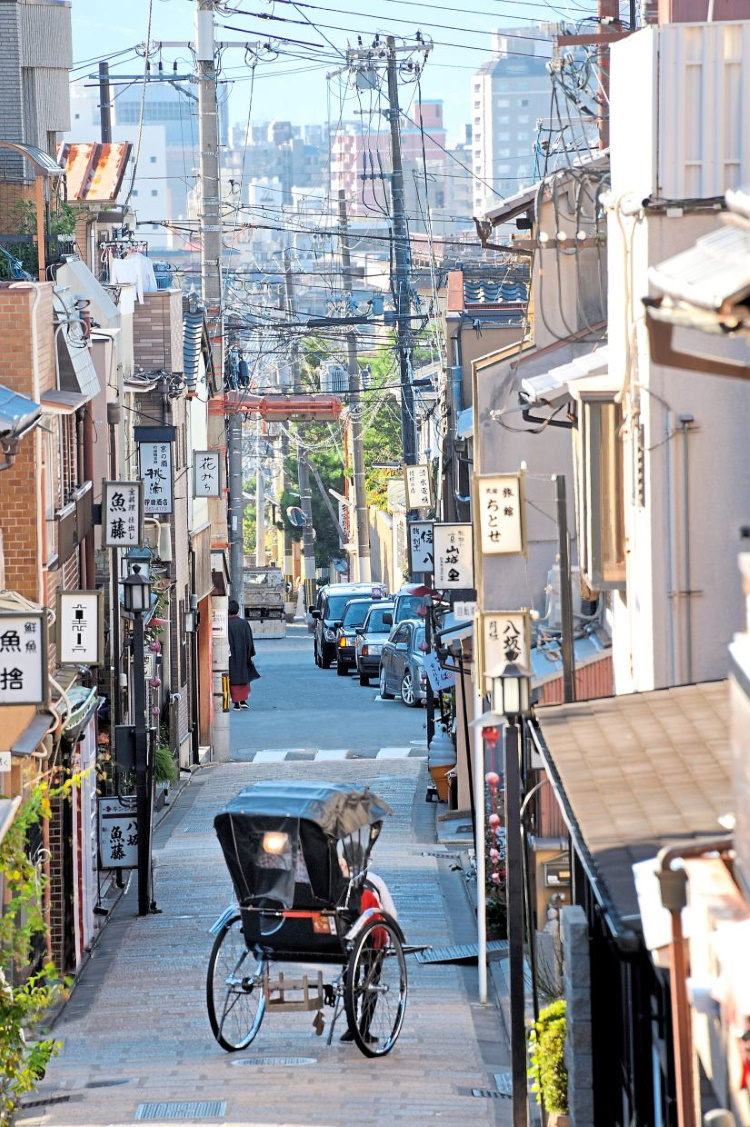 A street in the old part of Kyoto city forms a unique historical ensemble.

Asphalt first came into being in Scotland some 200 years ago, around 1820AD. I checked the encyclopaedia and learned that one day, Scottish engineer John Loudon McAdam accidentally found the gravel road surface “contaminated” with something like bitumen, but it was actually good for the road.

After doing some research, he mixed several other substances to the bitumen and came up with the world’s first ever asphalt road building technology, which is today known as the patented Macadam technique.

A hundred years later in 1920, his company developed an improved version of asphalt and road construction technique, the Tarmacadam technique which has since been adopted in Japan and EU countries today. I realise that newly constructed roads in Vietnam are beginning to adopt this technology, too.

As a matter of fact, many developing countries are rushing to upgrade existing rock hard gray-ish concrete roads into softer and more durable black asphalt roads using the Macadam technique. I wonder why Malaysia has not picked up on it.

Actually, I’m quite disappointed with the tar roads in Kuala Lumpur.

In Chinese, roads are generally called “ma-lu”, firstly because they are “ma-ca-dam-lu”, hence abbreviated as “ma-lu”.

Secondly, before cars were invented, roads were primarily used by horses (“ma”), and are therefore called “ma-lu” (horse road).

Whatever kind of road it is, be it a dirt road, mud road, gravel road or a road full of potholes, a road has come into existence because people long before us walked on it, step by step, day after day, and year after year. In the end, it becomes a passage that links one man to another – it is called a network route. And it is very important.

Ps: I have no idea when I am able to take anyone along for a holiday again. But in the meantime, let’s travel between the lines, through shared stories and photographs.

One of Japan’s best attractions is its beautiful roads.