Stars shining bright above us – by leesan

The columnist heads to Uluru in Australia, known to locals as the ‘belly button of the Earth’.

Uluru is famous for many things, including its spectacular sunrises and sunsets. – Photos:Apple Vacations

DID you know that the Earth kind of has a “belly button”? It is located in the middle of the Gulf of Guinea, in the South Atlantic Ocean.

However, Australia also has its own belly button, the Uluru, located in the middle of an endless expanse of barren wilderness in the Northern Territory. As I have long heard of this massive monolith and have always been curious about it, I decided to take our first travel group from Malaysia to venture overseas after two years to discover more about this natural wonder. According to the local Anangu aborigines, Uluru is known to the community as the “belly button of the world”. It is considered a sacred place in aboriginal folklore and culture, “the guardian of our safety and growth over the generations” said one Anangu man we met.

In 1983, Britain’s Prince Charles and his then wife, Princess Diana, travelled across the globe as set foot on this expansive desert plain. They scaled the 384m-tall Uluru, enjoying an unobstructed out-of-this-world vista. However, the Anangu people were not too happy about this.

As Uluru is a sacred place where only traditional ceremonies and rituals are meant to be held, no one is supposed to climb it – let alone a foreigner!

So, when tourists, both local and from overseas, start climbing the Uluru, many locals were unhappy. For many years, the Anangu fought for the right to keep Uluru a safe place for the aborigines, and to stop people from climbing the rock.

Finally, on Oct 26, 2019, the Australian government imposed a ban on climbing the Uluru. 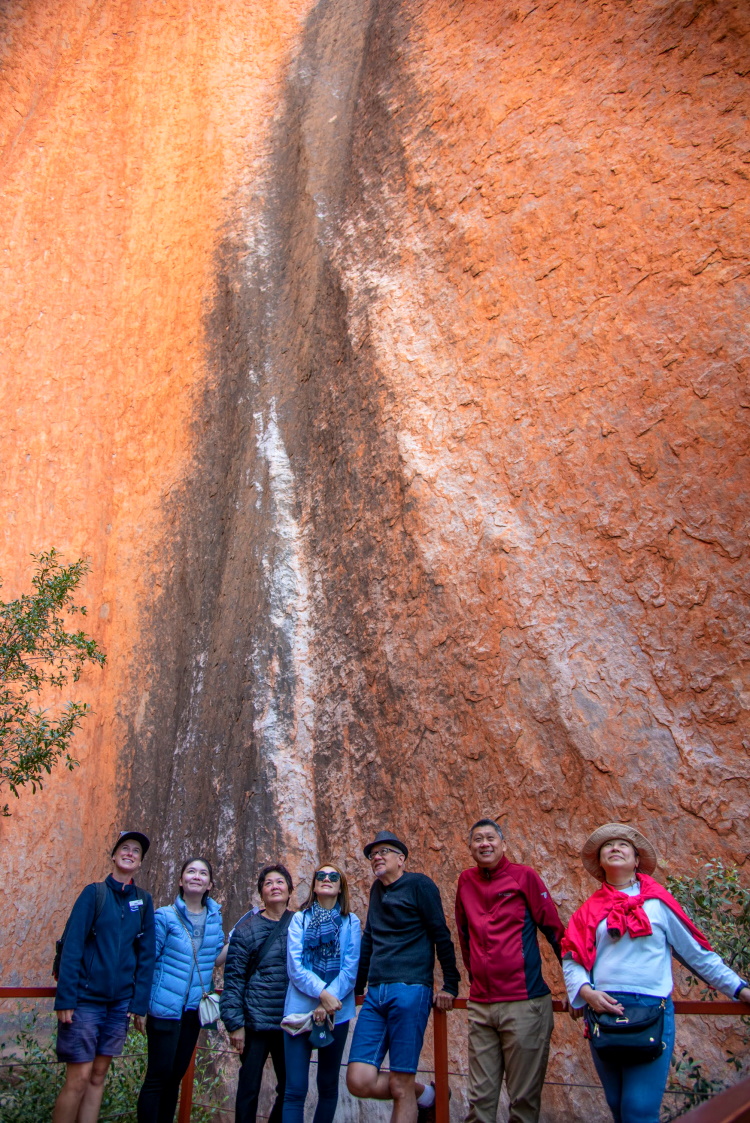 The Walpa Gorge is a mystical and stunning place.

Embracing Uluru
We travelled 1,900km from Melbourne to get to Uluru in the North Territory. It was autumn in Melbourne so the weather was quite cool but in the desert, it was pretty hot and dry. As we flew by the area, we got an aerial glimpse of this world-famous belly button, standing majestically in the desert.

My dear Uluru, it’s nice to finally meet you!

There are many legends and myths surrounding Uluru, one being that it is actually the remnants of a large meteorite that fell to Earth millions of years ago.

Some also say that about 70% of Uluru is buried under the sand and what we see on the surface is just the tip of the monolith. I believe that this rock came to be after millions of years of the Earth’s movements and other environmental changes and incidents like erosion.

A part of the rock surface is glossy, while it also has non-uniformed steep edges, troughs and shallow trenches. The oxidised iron and other mineral ores present here are what give the rock its beautiful red hue.

Standing 867m above sea level, Uluru was first discovered by a South Australian surveyor in 1873. It boasts a circumference of 9km, a height of 348m and length of 3km, and is the biggest monolith in the entire world!

Uluru, together with nearby Kata Tjuta National Park, was listed as a world natural heritage site in 1987. 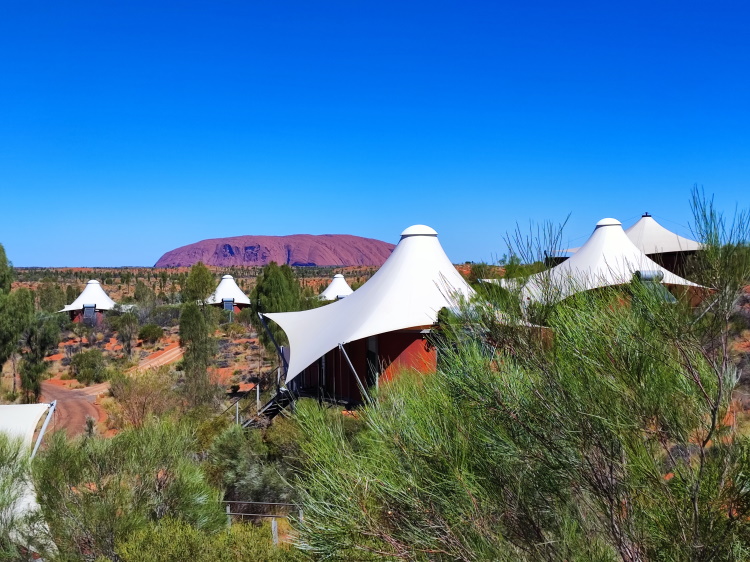 Longitude 131°, the luxury desert basecamp at Uluru-Kata Tjuta is set among the red sand dunes in a remote, secret location, offering luxurious, eco-sensitive and romantic experience of Australia’s spiritual heartland.

Gorgeous sunsets
I stood on a platform on the western side of the rock, with the big orange sun behind me. Its rays were like a massive spotlight that projected the Uluru on a super wide “screen”. When the sun slowly retired, the colour of the rock changed into a dazzling mix of hues.

And in the darkness, we could still faintly see the Uluru’s form, thanks to the moon.

The endless stretch of desert around Uluru, however, was plunged into complete darkness at night, which made it the perfect place for us to marvel at the celestial splendours of the stars and galaxies. The darker the night sky, the brighter the starlight, they said. Occasionally, we saw a shooting star or two.

We also experienced a romantic candlelight dinner under this starry sky. This made the trip even more special and memorable.

Early in the morning, just before the sun rose above the horizon, the sky above was already painted with a splash of colours. As the sun slowly came up on the eastern side of Uluru, the rock’s uneven surface created a fascinating canvas of light that alternated with dark spots, somewhat creating a mesmerising artwork.

The Kata Tjuta
About 40km away from Uluru is the Kata Tjuta rock formation, or Olgas. Covering a larger area, it comprises 36 red colour sedimentary rock domes each with its unique shapes and varying sizes.

Our eco-guide Britt had arranged for a spectacular day for us: At 3pm, walked about 700m along the rocky trail to Walpa Gorge. In the afternoon sun, the two massive rocks looked like they were miraculously split into two to form a narrow slit overgrown with lush vegetation.

Currently, the only accommodation option around the ancient Uluru is a 16-tent luxury resort camp. Unpretentious yet full of character, Longitude 131° is an exquisite “glamping” resort. When you stare out of your tent, you can see the Uluru standing tall right before you.

We dined at Table 131°, which is the resort’s restaurant. When you dine here, you’re completely surrounded by nature, with shooting stars right above you. If you ever get to experience this, try not to waste such a wonderful moment by looking at your devices and instead, focus all your attention on your surroundings and the people you are with.

In Uluru, I felt like I could touch the sky and sleep soundly in the centre of the Earth. This is the first time I have “met” Uluru, even after decades of travelling, and I couldn’t help but think just how lucky we are to have such a unique geological phenomenon on our planet.

I love seeing untouched natural wonders like this and being under beautiful, colourful skies. What else can we ask for in life? 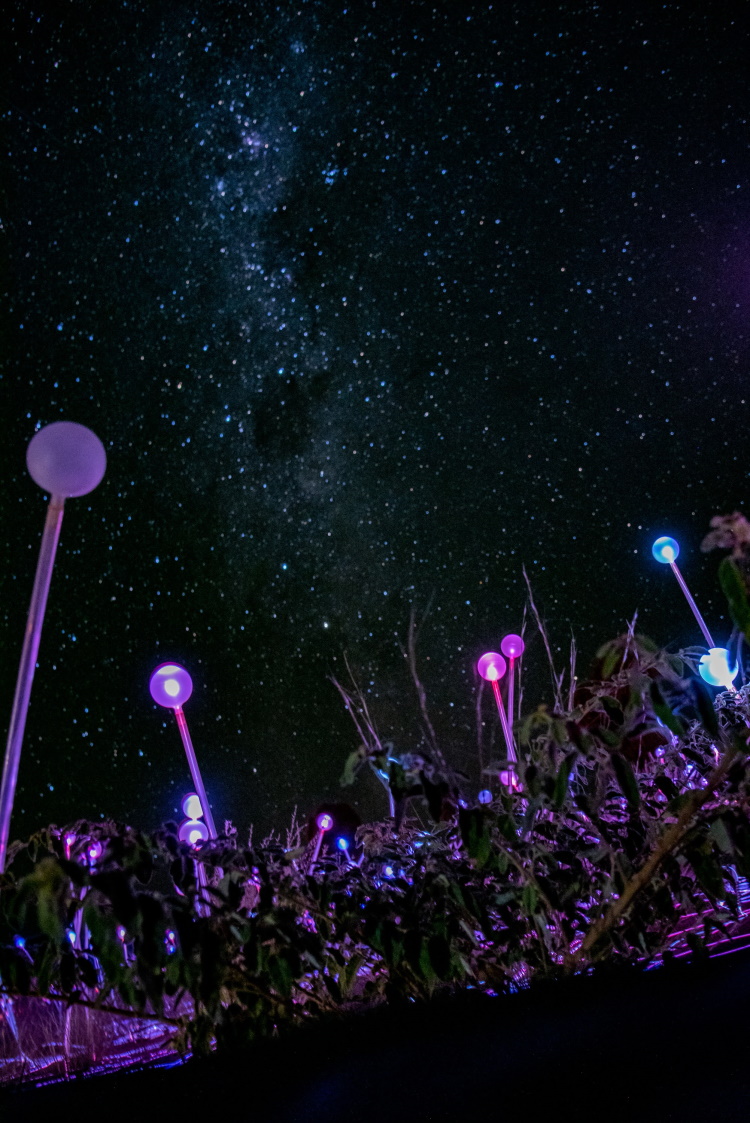 Love stargazing? The Uluru is one of the best places to do this, particularly in the Field of Light. 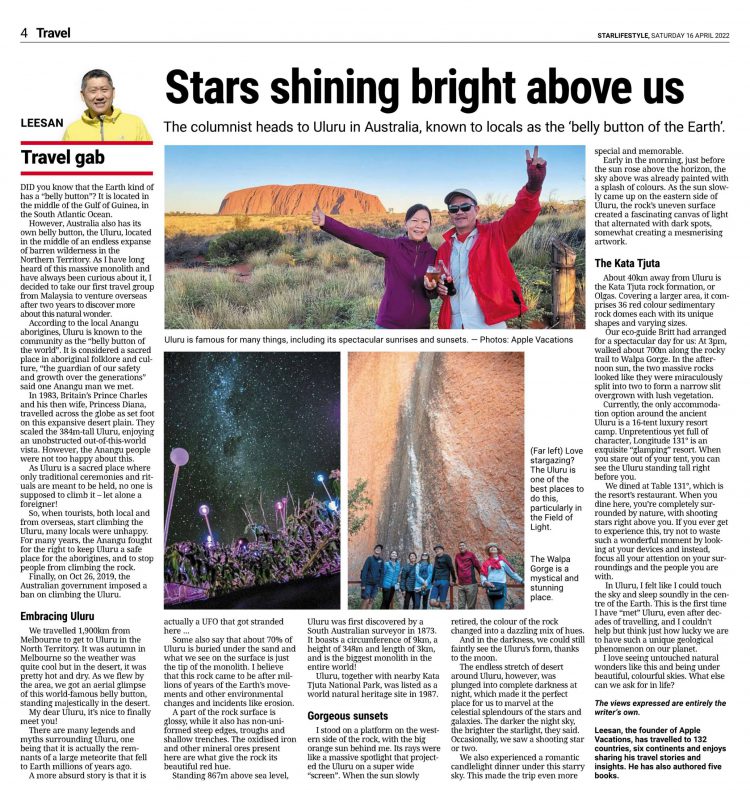