Take the time to ask friends around the world, especially those who are affected by conflict or natural disasters, how they are doing. 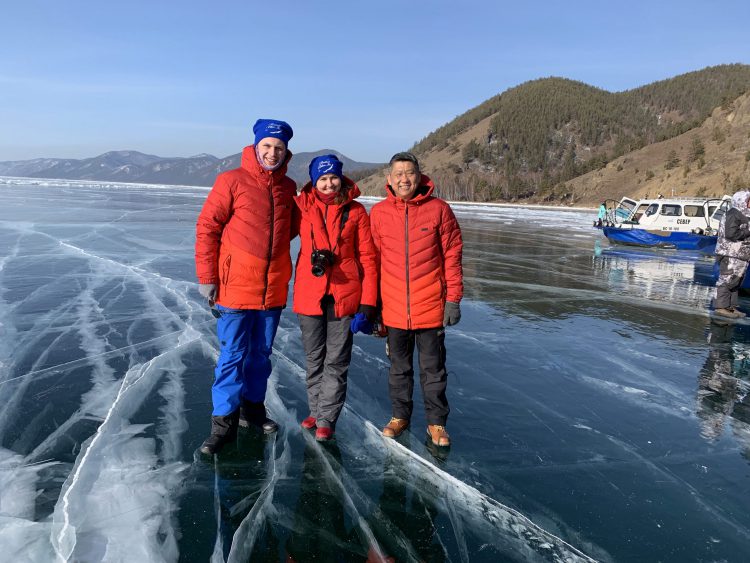 The columnist with Artem and his wife Evgenia at Lake Baikal a few years back. – Photos:Apple Vacations

ON the 70th day of the Russia-Ukraine conflict, I spoke to Artem, an old friend who is currently staying in the Siberian capital of Irkutsk. Artem is the owner of a small local inbound tour agency while his wife Evgenia is the company’s chief executive officer. They have two very lovely sons.

I have known Artem and his family for nearly 10 years now. We have met a few times – in Russia, Kuala Lumpur, Singapore, Taipei, Taiwan, and Finland – and we often chat about our travels to new places, and about life in general.

When I went on my first (and second) 9,288km-long Siberian railway trip, Artem was our guide throughout the 12-day journey from Vladivostok to Moscow. He made sure to take care of all our needs and requests, no matter how big or small.

Artem had a few surprises in store for us too during the trips too, like arranging for ethnic welcome dances for us at every railway stop. His gestures were simple, yet always full of sincerity.

The unforgettable memories of those journeys were what inspired us to curate our own Russian-themed tours.

At the 2017 Singapore International Travel Fair, Artem and his wife told me that if I were to launch a Lake Baikal Winter Tour for Malaysia, they would give me their full support and cooperation. Artem’s proposal back then was actually perfect for our company, as it was aligned with what I initially had in mind, as well as my own core values.

Later, Artem managed to get a 50% waiver on ground arrangement for my tours, which made it so much easier to pomote our new themed holiday package, the Lake Baikal Winter Tour. Since then, this package has been very popular among our clients.

Building on the initial success, we finalised a third Siberian Railway Tour, originally slated to launch in October 2020. This was supposed to be an extended version of our transcontinental railway expedition, from Mongolia to Siberia through

Moscow and St Petersburg, before heading all the way to Helsinki. 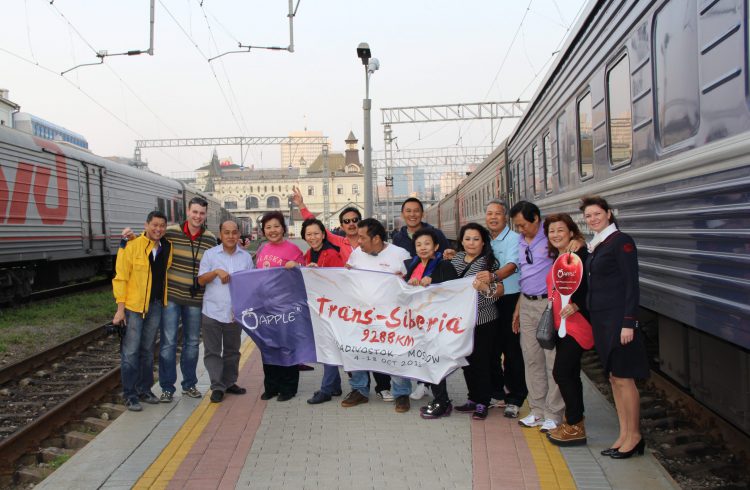 Unfortunately, the Covid-19 pandemic happened and all our plans were shelved.

Before I continue, I would like to share that Artem is a very enterprising man who speaks excellent English. He belongs to that generation of young Russians who have a modern perspective on life and on how the world works. At the same time, these young folks also love their home country tremendously. For Artem, that love is for the land of Siberia.

He has always said that Siberia with its four distinct seasons boasts an exceptionally beautiful natural scenery, and harmonious coexistence of its diverse ethnicities and cultures. And he isn’t lying! Please don’t think that Siberia is just a very, very cold region with nothing much to see and explore.

Siberia is actually a land with tons of of charming places to visit, as well as a colourful history and interesting cultures. And of course, let’s not forget their legendary vodka.

All this is part of the reasons why Artem and Evgenia used to travel around the world every year to attend international travel fairs – they were enthusiastic about promoting and showing off what Siberia and Russia have to offer. All their efforts paid off well for them, as – pre-pandemic – there was a growing interest in Russian tours from the Europe, China, Japan and South-East Asian markets.

Artem had even planned on building a resort at Lake Baikal but unfortunately, the pandemic as well as the changes taking place in his country have seemed to crush his dream.

While on the phone with him that day, Artem talked about all his worries. He said that bad luck kept coming one after another, from the pandemic to the war. And it looks like there’s no end in sight to all these issues, he shared.

Siberia may be known as the “sleeping land”, but will it remain that way forever?

The couple never fails to promote Russia and Siberia at every trade show they attend.

In fact, due to the pandemic and many natural disasters, the planet has been suffering different degrees of stillness over the years. While natural disasters are beyond our control, we can do something about man-made problems, like the war in Ukraine and Russia, for example. The ones who suffer the most in this conflict, are the innocent and unarmed civilians of both nations, including people like Artem and Evgenia.

While there is nothing much we, the regular rakyat, can do from our side of the world to help, we can at least take the initiative to send greetings to friends living halfway across the globe, and ask: Are you still alright, my friends?