A tug-of-war over workers – by leesan

A tug-of-war over workers – by leesan

Labour shortage is a global problem but when it hits too close to home, we need to look at how we can retain the workers that we do have.

THESE days, as soon as I step foot in a cafe or restaurant, I am warmly welcomed and greeted by the workers. It seems like all of a sudden, servers at these eateries have adopted a high level of professionalism; one can say that customer service certainly has improved post-lockdown in Malaysia.

And if we were to take a closer look at these workers, most of them would be in their 20s. Even at traditional kopitiam joints – where in the past, most of the servers and helpers were migrant workers – are now filled with these twentysomethings. They are the ones making our kopitiam favourites like Hainanese coffee, shredded chicken hor fun, curry noodles and more.

Let’s put aside the question of whether these young folks are just part-time workers or not, or students looking to earn some income. The thing is, it is refreshing to see a growing group of energetic young people who are enthusiastic about the service industry, doing their jobs with a smile and putting smiles on their customers’ faces at the same time. It is indeed a wonderful transformation.

To me, this is a positive sign and a win-win situation that many of us have longed to see.

However, back in the office, my senior manager is having a stressful time – it seems like several of our team members have been poached by another company! I was perplexed and wondered why or how this happened. I was always under the impression that our team members were happy, as they have previously said that they have found a sense of belonging in the company.

The senior manager quickly corrected me and said that while they are happy working with us, they do not think they can make much money in the company.

I asked, “So, were they poached by our competitors?” I was surprised by the answer.

Out of the nine team members that were leaving, four were poached by competitors. Three were moving to another industry and another two were going to work in a hot pot restaurant.

“I myself am thinking of leaving. According to an advertisement, Singapore Changi Airport is urgently in need of workers – you only have to work for four days a week but you can earn up to RM10,000 a month!” said the manager.

I was dumbfounded and speechless. I was not aware that the local labour market had quietly started a job poaching “war”, and a very aggressive and unapologetic one at that!

Just as the market appears to be recovering post-lockdown, job-hopping has become so rampant across all economic sectors. And sure enough, the highest bidders will always get their workers.

This then puts a lot of pressure on many business owners, as they will again have to worry about company cash flow and added operating expenses.

Unfortunately, this is part and parcel of the complications and challenges of the business life post-lockdown, which also includes acute labour shortage and job poachers offering attractive remunerations.

So, it is no surprise that an inexperienced cafe worker could earn upward of RM2,400 a month now, while a degree holder gets at least RM3,500. And that does not even include all the perks and benefits each worker gets in a company. 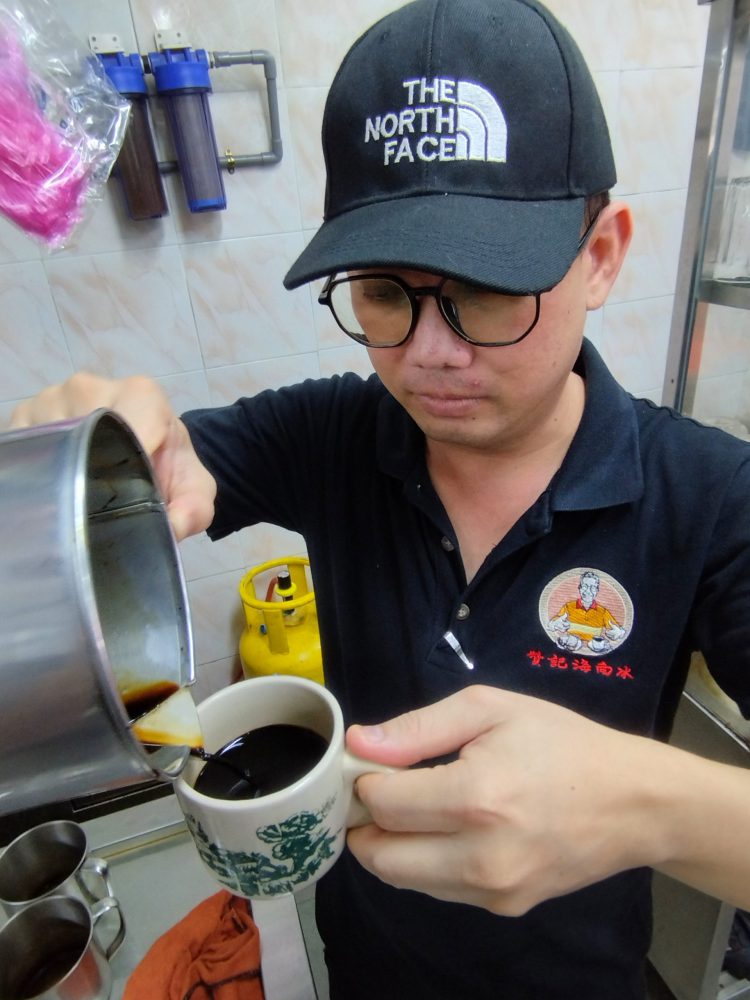 Vincent Chee used to sell cars before the pandemic but when Covid-19 hit, he learned how to brew traditional Hainan coffee and started his own F&B business.

I met a tutor named Chen who said that Malaysians’ salaries were really very low before the pandemic, which caused many to seek jobs abroad. Unfortunately, some were also duped into working as scammers or doing other illegal activities, but that’s a completely different issue to talk about.

“At the same time, we also brought in millions of labour workers from other countries for cheap. Now that the minimum wage has been raised to RM1,500 a month, our local youths should get at least RM1k more, which is perfectly reasonable,” Chen shared.

Moreover, he added, with higher salaries, their living standards and moods will also be improved while the consumer market gets the much needed boost. Perhaps job efficiency and service quality will also be raised proportionately. That’s why we are greeted so warmly at shops these days.

What business owners should do now is to improve their products or services so that they can sell at better prices and make enough profit in order to give bigger bonuses and incentives to their loyal staff.

I also think we (business owners) should stop grumbling about the higher cost of doing business. We should learn to move with the times and prosper together with our employees.

I initially planned to talk more about the predicament currently faced by the travel and hotel industries, but after Chen’s analysis, I now think I ought to choose to forge ahead with these young people and scale new heights with them together, right? But the thing is, Chen never talked about whether consumers are willing to accept the reality that they have to pay more for the skyrocketing retail price …

As you all are aware, prices of goods have surged between 15% and 50% today, and it is unlikely that the pay increment will be able to catch up with the rate of price hikes. The fact is, we are all stuck in this quagmire. 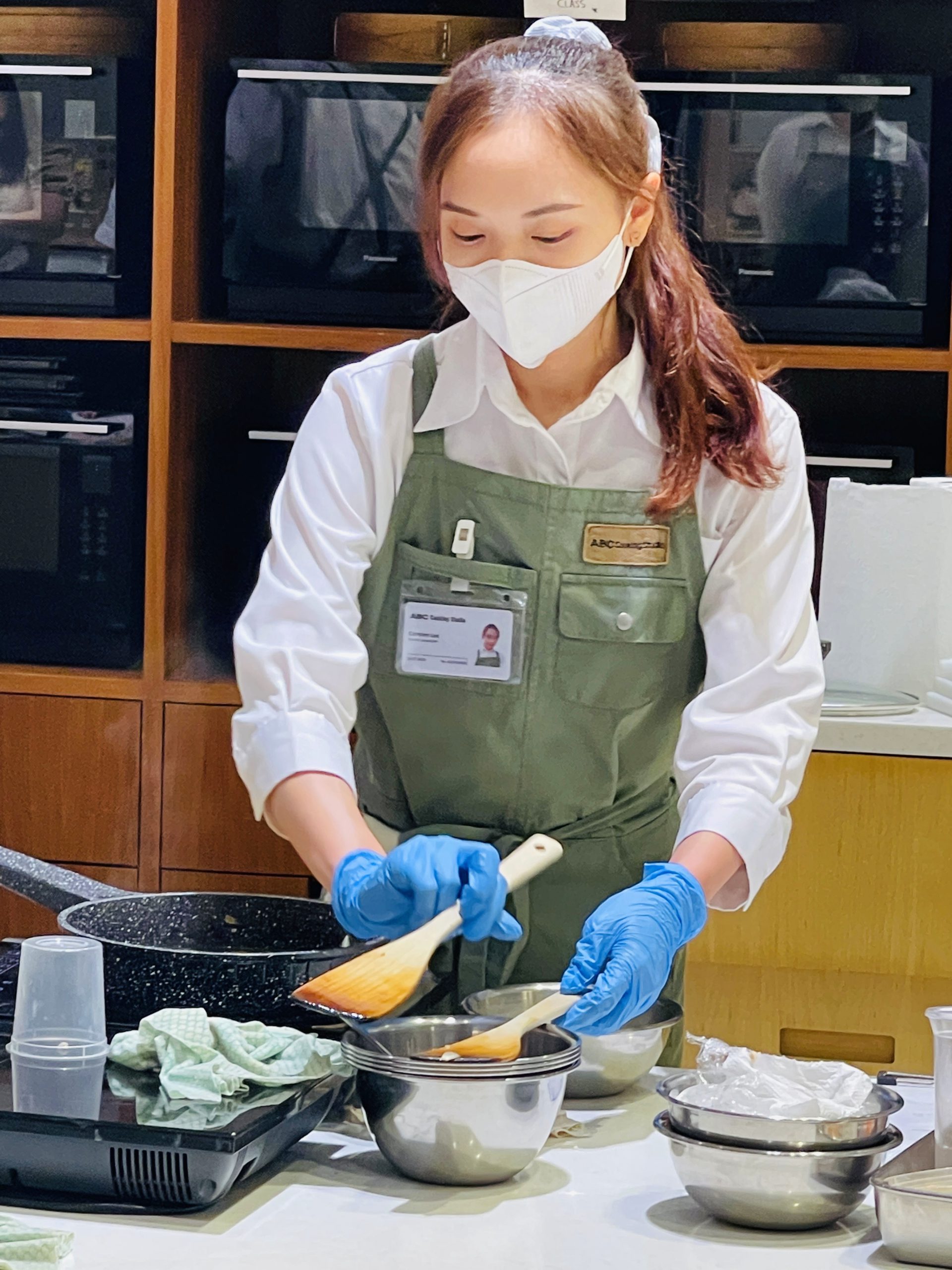 Carmen Lee works at a centre that organises cooking classes. She aspires to provide a friendly and relaxed environment for her students so that they can have a joyful learning experience. 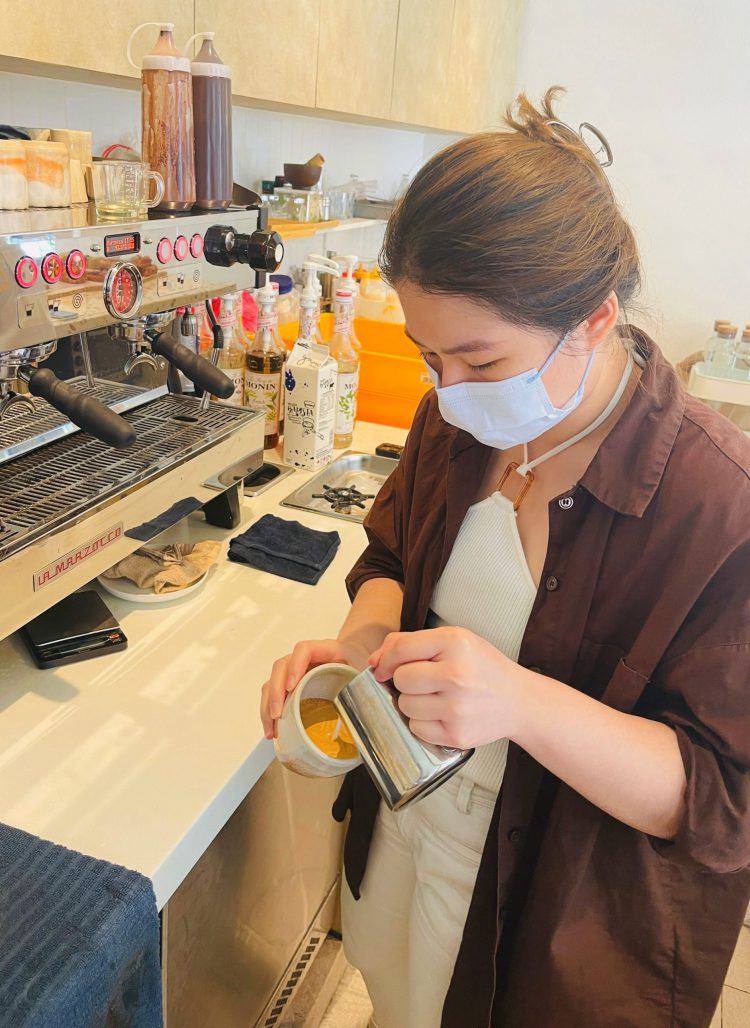 It seems every young person out there wants to become a barista, just like Kate Choy. It’s a wonderful profession that it in demand globally.

Travel agencies have finally seen the light at the end of the tunnel, but even though many of us have raised tour fees by at least 30%, air tickets, hotels, tour coaches, food and manpower costs have all gone up dramatically, causing us to suffer at least a 5% drop in our profits (GOP), notwithstanding the higher fees charged to the customers.

Fortunately, our team members who are sticking by us have remained high-spirited in anticipation of better times ahead after the pandemic hiatus. Gambate!

Meanwhile, staring at the computer screen back in the office, I began to wonder: “Should I also be out there poaching and getting a hold of competitors’ workers?”

I can understand that the reason why most people hop to a rival company or switch to a different career path has a lot to do with salary. But I hope that workers also consider a company’s corporate culture, vision and mission, work environment as well as interpersonal relations among colleagues before leaving. Come on, don’t rush to send in your resignation letter, let’s have a little talk first.

Leesan, the founder of Apple Vacations, has travelled to 133 countries, six continents and enjoys sharing his travel stories and insights. He has also authored five books. 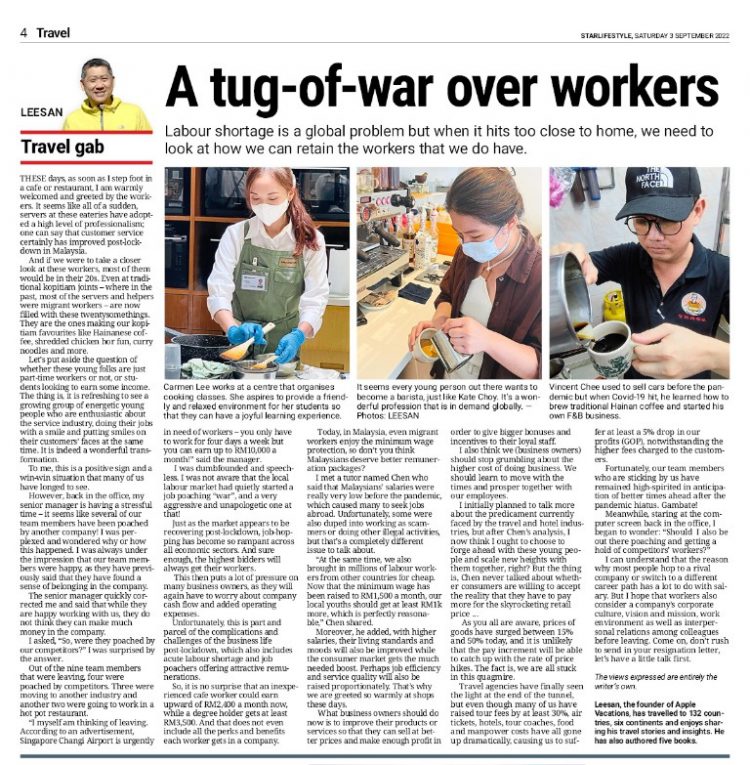 Treasure life and live it to the fullest – by leesan