The noblest of them all – by leesan

The noblest of them all – by leesan

If you want to see the emperor penguins in the ‘wild’, you’d have to go (almost) to the end of the world.

The emperor penguin colony lives in icy terrain, unperturbed by the difference in class, faction, seniority and belief, as they lend each other support for the well-being of their children.

THE emperor penguin species of Antarctica, as the name suggests, is the “emperor” of all penguins. They live in cold, frozen lands on the southernmost end of our planet, making them one of the most rare animals that humans can actually spot in the wild.

As a matter of fact, it is going to be harder to see emperor penguins in their natural habitat as global warming continues to be a major concern, with many reports stating that icebergs are melting at unprecedented rates. Today, we only have slightly more than 10,000 of these adorable creatures in the icy continent, and they are being forced to migrate even further down south for survival.

Luckily for me, I recently caught a few in action. For those of you who remember, I was actually stranded with a few travel buddies on an Antarctica cruise in March 2020, unable to dock at the nearest port or return home because the whole world had gone into lockdown (or so it seemed at the time).

It felt good to be back in Antarctica, though this was actually my fifth time travelling to the continent. My ultimate goal had always been to see the emperor penguins in person, and this trip was no different. However, this time around, I had to take the electric icebreaker through thick floating ice blocks, towards the extreme south to get to where they were. These emperor penguins are not only “noble” but they are also almost unreachable!

Although we were on a different cruise, we partnered with the same captain from our short-lived 2020 cruise. I told the quick-witted and capable French captain: “We’ve come from 12,933km away to meet you again, with the goal of seeing these seemingly unreachable ‘emperors’. I am going to lay all my hopes on you to help me fulfil my dream!”

There are 17 species of penguins in this world, and the emperor penguin is one of the five largest bird species on the planet. Each emperor penguin weighs between 25kg and 45kg, and measures an average of 110cm in height. They are considered a very rare species, listed in the Red List of International Union for Conservation of Nature (IUCN) as a “near threatened” species. 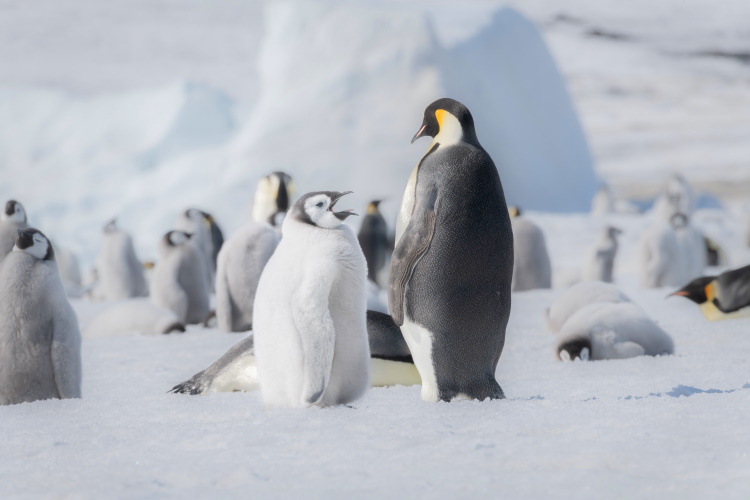 In my earlier expeditions to Antarctica, I witnessed with my own eyes all the broken ice shelves, collapsing icebergs and melting glaciers. And now, cruising in the remote southern seas, what greeted me were countless floating ice sheets. Sure, they looked “grand”, but in reality these were actually heartbreaking to see.

And if that’s not enough, the south-east coast of the Antarctica peninsula is now barren, with the exposed dark rock surfaces looking sinister and alarming.

Compared to other penguin species, the emperor penguins boast some exceptional features. For instance, they only live on ice, and in the absence of ice, they will have to migrate further south to survive.

The most unusual characteristic is that they only have one faithful partner in a year, and together their common goal is to take extreme care of their chicks until the second year, when they separate and bid each other farewell. They then look for a different partner for the coming year.

While watching the penguins, I suddenly remembered something an expedition guide once told me. He said that the albatross with their enormous wingspan unfurling in the southern skies will strictly adhere to the principle of monogamy and will stay faithful to their one and only partner for up to three decades! 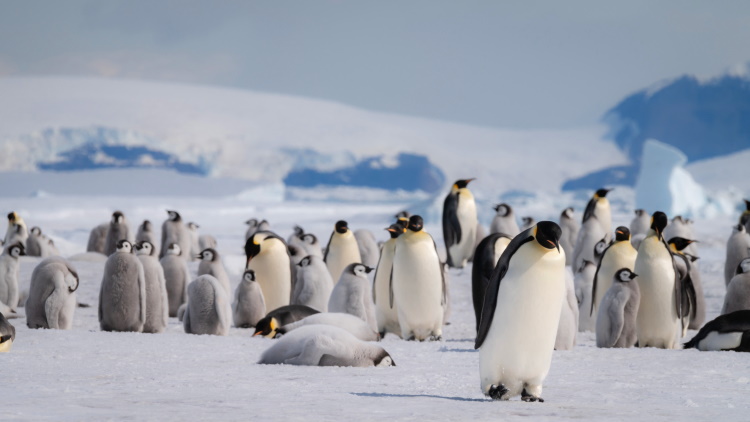 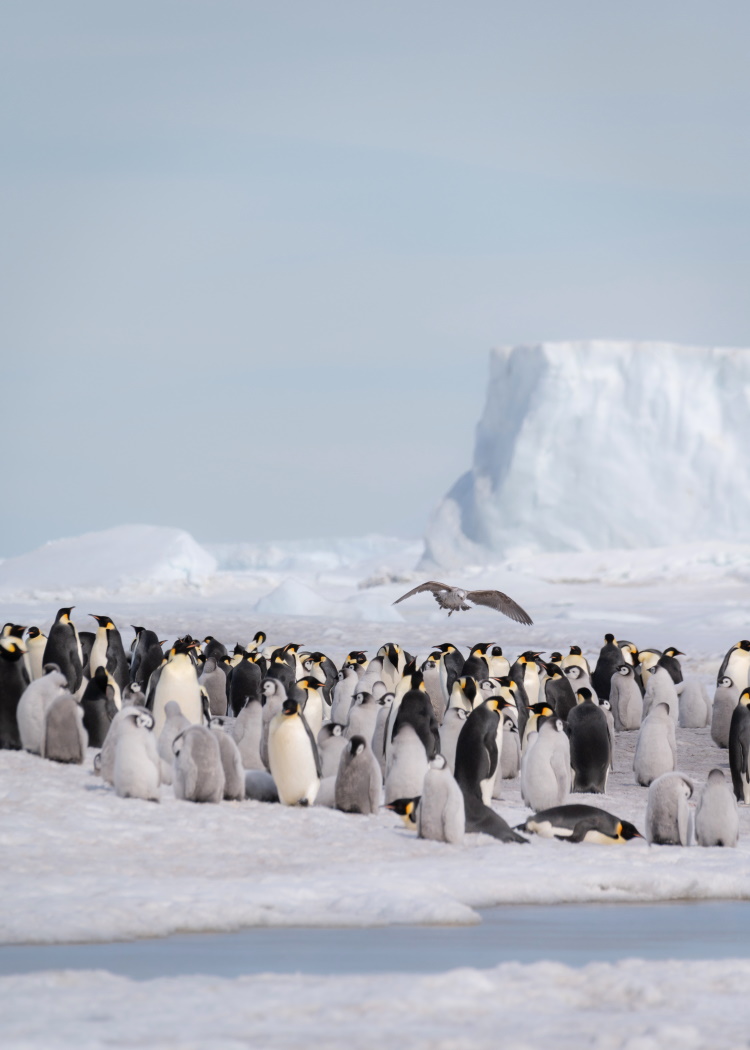 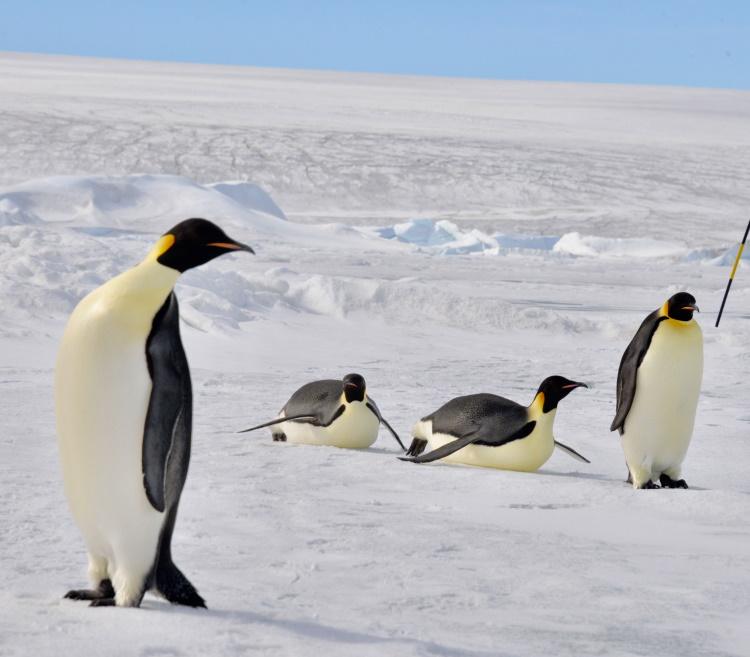 The emperor penguins, meanwhile, are social animals and will stand close together and hug one another tightly to fend off the icy winds and extreme cold during inclement weather. They can normally live for between 10 and 20 years and spend most of their time feeding, mating and hatching, before repeating the whole routine over and again, year after year.

Winter begins in March and April in Antarctica, when sexually mature male and female emperor penguins above the age of five leave the coastal areas to feed. They travel between 50km and 120km to the breeding zone, which is further inland, where they mate, lay eggs and hatch.

The temperature inland could dip -30°C, which is very much below freezing point during this time, while high winds can travel up to 150kmph.

In May and June, the mother penguin will lay her eggs and then travel to the ocean some 70km away to look for food to replenish her energy. While she’s gone, the father is responsible for the egg, taking care of it and keeping it warm for at least 65 days. During this time, the father does not eat or drink or move about, as the egg is kept between his legs.

Even after the egg hatches the father would continue to take care of his baby as the mother would still be away by then. She only returns to the breeding zone after two months in the sea.

Upon returning, the partners will look for one another by making their “special call” – partners will always be able to recognise each other’s unique sounds. Once reunited, the mother will then regurgitate all the food she has collected from her trip to feed her new family.

When the father has had his fill, it is then his time to leave and look for food.

The parents will take turns to feed their chick until the summer in November; by this time the whole family will travel together to the icy cold ocean to hunt for food.

And in the following year’s winter, sexually mature penguins will travel again to the breeding zone and repeat the whole process.

One sunny morning, our icebreaker was slowly cruising into the Snow Hill floating ice zone where the largest emperor penguin feeding habitat can be found. I followed the expedition team, treading the 8km trail with thick and soft snow for five hours, just so we could see the thousands of male and female emperor penguins and their four-month-old chicks!

Emperor penguins are different from other penguin species in that they are tall and round … and are absolutely adorable. When they walk, they would occasionally fall flat on the icy floor, so that they can glide through the ice on their bellies. These penguins are very versatile and adaptable to their changing environments.

This trip has made me fully comprehend the eternal law that everything comes into being for a reason. If we humans are able to lay down our ego, learn to live peacefully with one another and take care of Earth, then we are assured of a perfect habitat to live on this planet.

But, while gazing at the lovable birds, I pondered and prayed that this new team of capable leaders will bring all of us Malaysians together in perfect harmony, as the nation forges ahead towards greater prosperity.

Leesan, the founder of Apple Vacations, has travelled to 134 countries, seven continents and enjoys sharing his travel stories and insights. He has also authored five books. 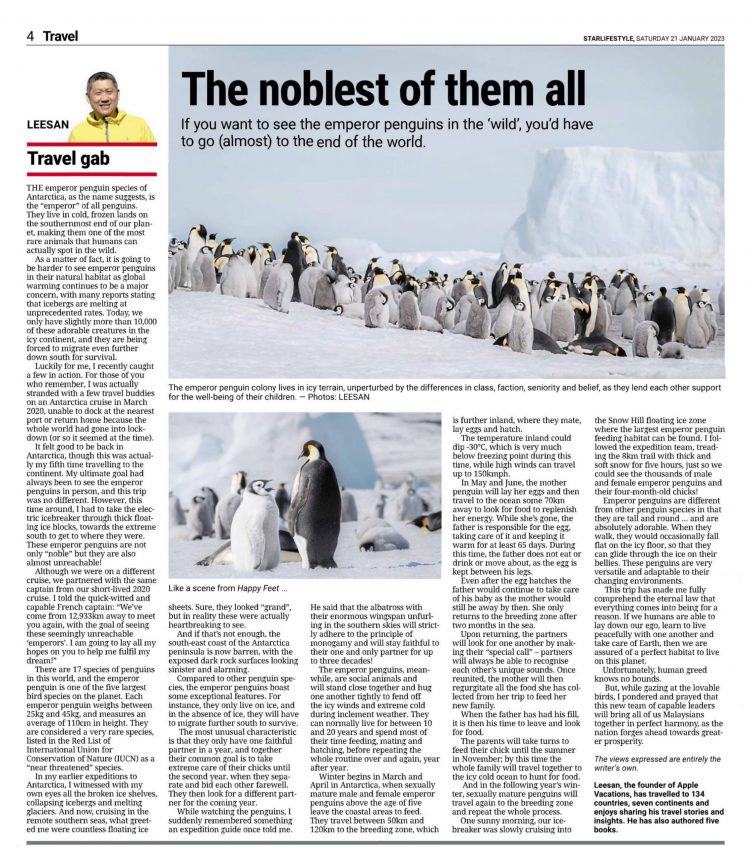 Sorry, thank you, I love you! – by leesan 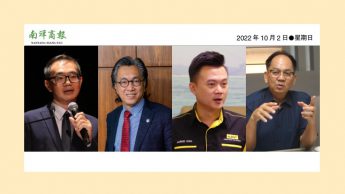