Japan has been on the road to recovery since the 311 disaster. Due to the subjective influence of local news and media, we might think that the tourism industry of Japan at this moment is slow moving, but the truth is, this idea has been proven wrong…… 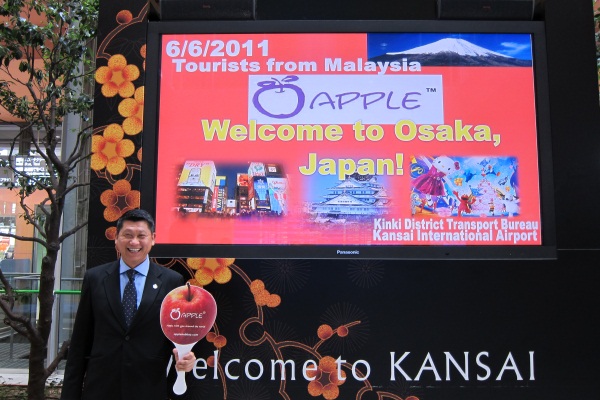 Text and photos by Louis Ng

Japan has been on the road to recovery since the 311 disaster. Due to the subjective influence of local news and media, we might think that the tourism industry of Japan at this moment is slow moving, but the truth is, this idea has been proven wrong the moment we reached our first travel site – The Universal Studio. Our tour group, co-organized by Apple Vacations and Malaysia Airlines departed on the 5th of June with 84 tourists, 13 media representatives and MAS Senior VicePresident, Mr. Azman Ahmad, headed by Dato Desmond-leesan JP, Group Managing Director of the Apple Vacations.

There were throngs of people visiting Universal Studio. Our excitement was immediately toned down when we saw the long queues. The crowded mass of people shows that Japan is still a very lively tourist spot.

This is something worth mentioning – 70% of the visitors were Japanese and most of them brought along their young for family trips. Despite it being summer, visitors spread their umbrellas and sat patiently in front of the stage, waiting for performances to start. Everywhere we turned to, we could see laughter and heartwarming interaction between parents and children. 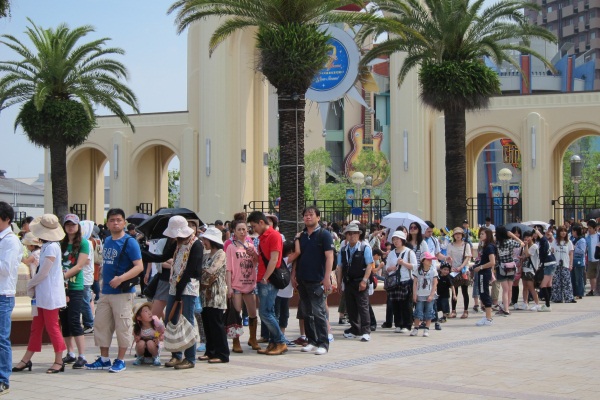 We visited Kyoto on our second day in Japan. It is said that the cherry blossoms during spring and lush maple leaves during autumn are the most attractive times to see Kyoto. A group of us followed Lee San, the professional of thematic tours – we roamed the streets of Kyoto, from markets to the historical places; from the subway to the bullet trains, we witnessed the life of the Japanese – usually not seen in most of the other tours to Japan. The people in Japan are used to walking and there are picturesque sceneries wherever we walked. The thematic tour arranged by Lee Sang is definitely a unique experience. 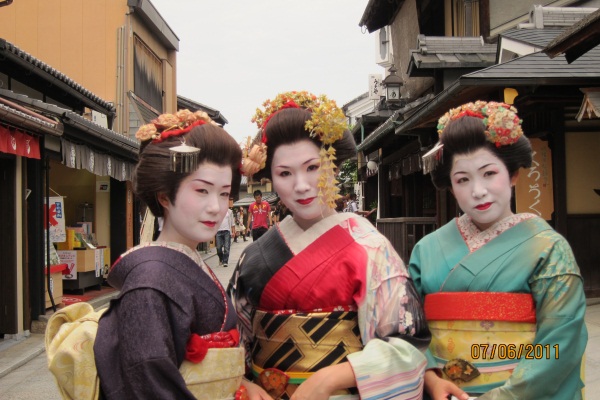 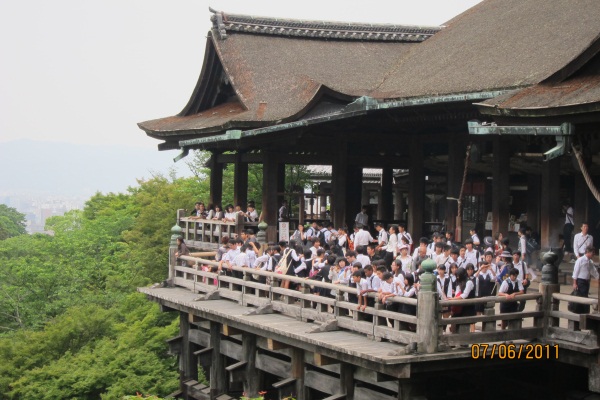 Mt. Fuji is located in the middle south of Honshu. This is highest peak of Japan at 3776m above sea level. The peak reaches the clouds and it is always covered with snow. The conical shape of the mountain makes Mt Fuji looks like a folding fan that has been turned upside down. Mt Fuji is always capped with snow because of the cap clouds hovering above the peak. The peak can only be viewed about 90 out of 365 days.

Tokyo ranks the first among the top ten richest cities. Once known as “Edo”, Emperor Meiji moved from Kyoto to Edo and changed its name to Tokyo. We visited Shinjuku, Ginza, Asakusa Temple, the famous Akihabura Electric Town and the Tokyo International Forum. In Ginza, we found many world class shopping complexes, restaurants, bars and night clubs along the 1km street. Asakusa Temple is a must go travel site in Tokyo. 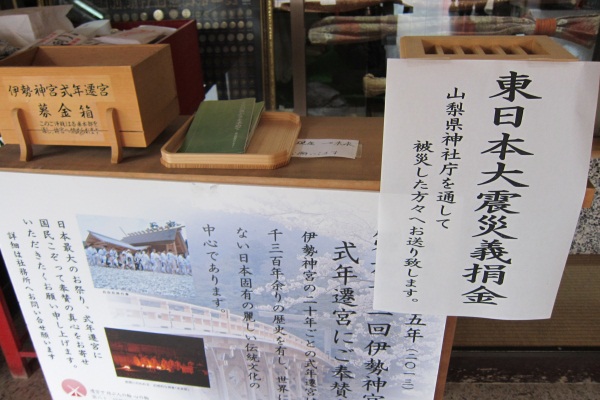 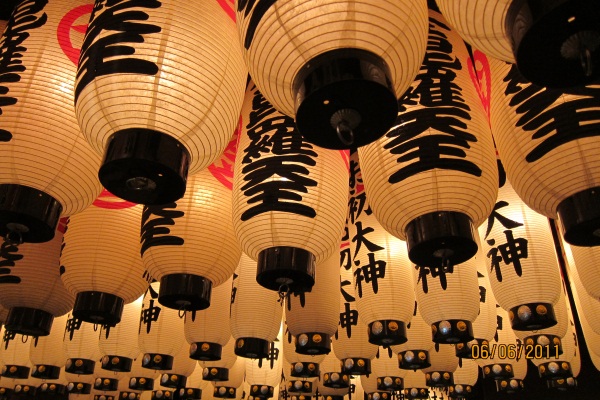 As one of the five largest cities of the world, Tokyo is extremely modern and always very busy and crowded with people and vehicles. Yet, Tokyo keeps the traditional side of its heritage and you can find well-maintained temples in the heart of the city.

Tokyo Disneyland the 3rd Disneyland in the world, after the first two in The States. It was also the first in Asia, occupying 51 acres of land. Each year, Tokyo Disneyland welcomes about 27million visitors, this is equal to the total population of Malaysia. It has been almost three months since the disastrous Tsunami struck Japan, yet we saw throngs of tourists in Disneyland. It seems that not everyone was affected by the disaster and they really enjoyed themselves. 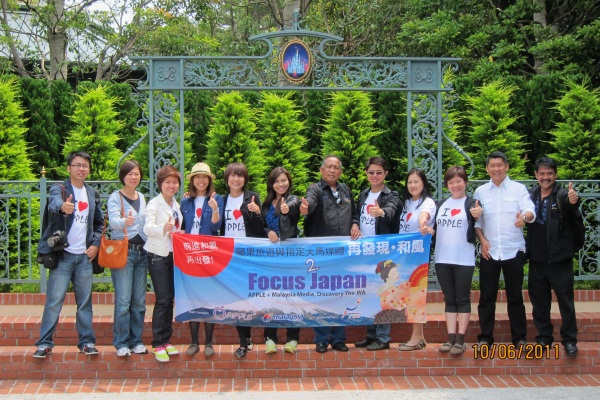 Mr. Hiroshi Suzuki gave us an unforgettable answer to this – “The people of Japan are very optimistic about the current situation of their country. Disneyland will continue to operate because we want to bring joy and happiness to the public, and we hope to see the smiles on the faces of the children every day.”

Japanese cuisine is also an unforgettable experience. We tasted Shashimi and Ramen, as well as the most celebrated cuisine in Japan – Puffer Fish! 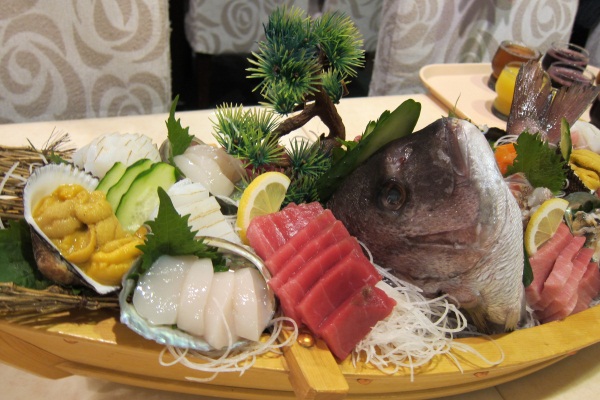 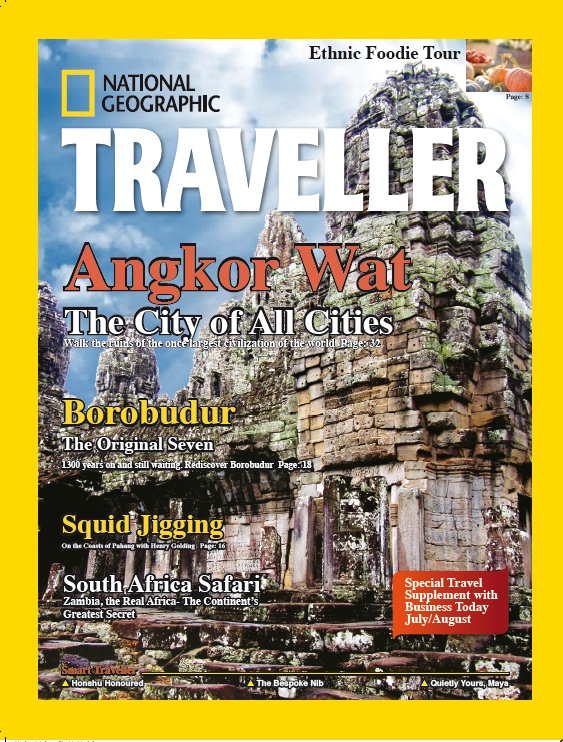 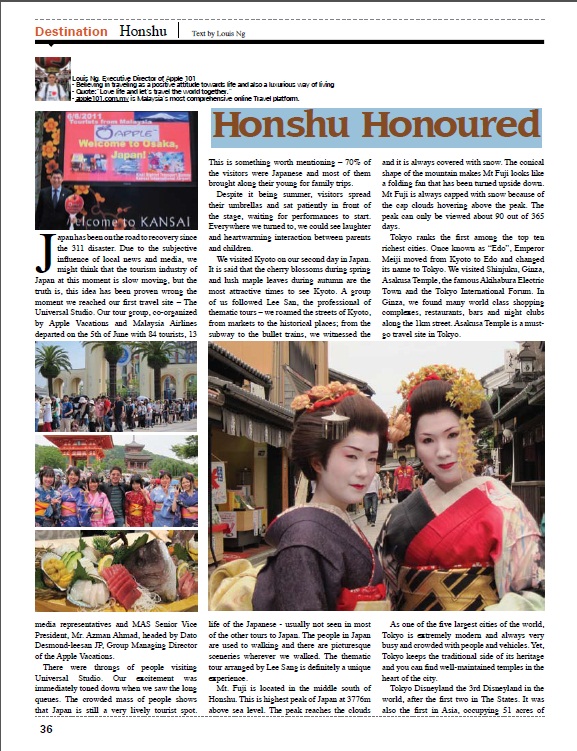 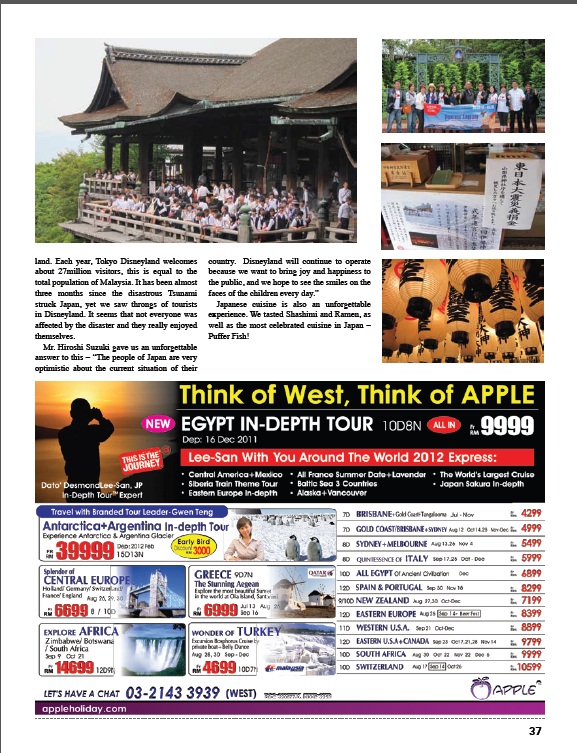 It’s a Matter of Paint

仙台的复苏之路（Road of Recovery of Sendai）