Smiles of the Rising Sun Japan

In this journey in relishing the spirit of the rising sun, we were showered with sweet smiles and warm hospitality. We were so overwhelmed by the generosity of the Japanese. And this is the typical Japanese hospitality rendered to any visitor. In this journey in relishing the spirit of the rising sun, we were showered with sweet smiles and warm hospitality. We were so overwhelmed by the generosity of the Japanese. And this is the typical Japanese hospitality rendered to any visitor.

This is my tenth visit to Japan and it is the most relaxing and in-depth experience ever. Led personally by Dato’ Desmond Lee (Group MD of Apple Vacations), we had an expedition like never before. Armed with only cameras and a map (without any itineraries and schedules), we set off to savour the excitement of Japan after recovery.

This route took us from the vibrancy of Osaka to the nostalgic Kyoto and breathtaking Mount Fuji before ending at the trendy and amazing metropolitan Tokyo. With a rejuvenating hot spring bath and exotic cuisines like Puffer fish sashimi and the giant Taraba crab – it is the most memorable Japan trip for me. 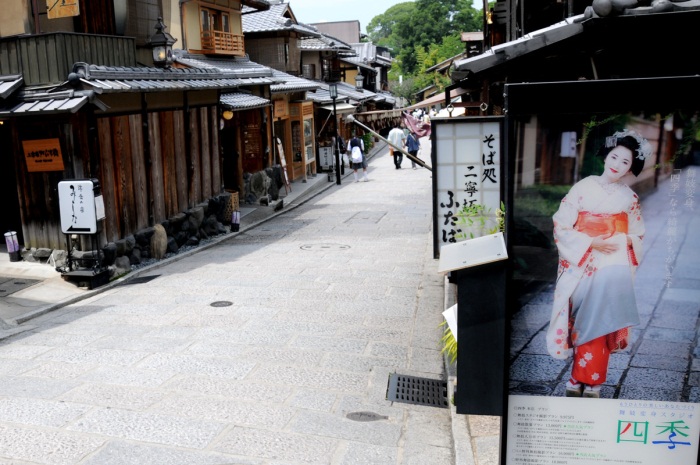 Meander through the narrow streets and alleys of the villages in Kyoto to catch a glimpse of Maikos passing by. 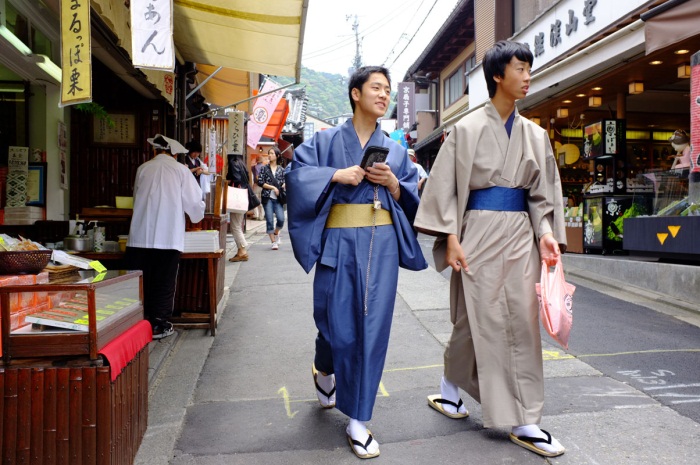 Buying souvenir or gifts for friends is a common practice of most Japanese.

Right after we touched down at Osaka’s Kansai Airport, we dashed straight into a world of fun at Universal Studios Japan. The crisp and cool morning air was refreshing and fortunately, the night flight on MH-52 did not tire us out at all.

At the Gramacy Park, the musical show “Dreams Are Universal” is a special musical in celebration of the 10th anniversary of Universal Studios Japan. The show features a heart-warming story where the dreams of the Nakamura family members have come true while they spend their day in the park. It is really an appropriate show that made us feel how wonderful it is – the power of dream and wish as well as the love and bond in the family. This musical is obviously the most popular anniversary program that runs from March 3rd this year to January 9th 2012, twice a day. Many families with young and old members thronged the Gramacy Park and waited patiently in the mid-day heat for the show to start. 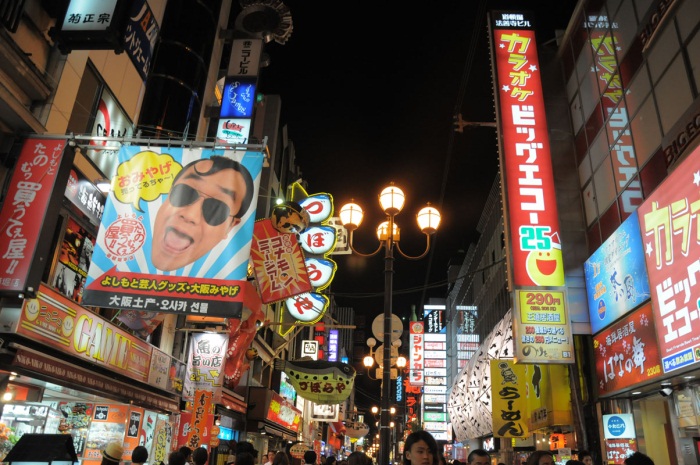 It’s a war of lights when night falls in at Osaka. Say “chiizu” and get warm smiles for a snapshot.

The second biggest city in Japan, Osaka city is also a city that never sleeps. One of the most vibrant commercial areas in Osaka is the famous Shinsaibashi shopping arcade which is the gathering place of many high-end boutiques, department stores, specialty shops, entertainment as well as a market place for fresh food and sundry goods.

As soon as the sun goes down, the whole street comes alive with multi-hued neon and LEDs. It is not only an interesting place to shop or just browsing through; there are also many watering holes and eateries for people to unwind after a hard day’s work.

What a lovely place to meet up with friendly locals! Meander through the streets and alleys, you are sure to bump into locals in their traditional kimono costumes. They are so kind and pleasant, always ready to oblige for a snapshot.

No visit to this former capital city of Japan would be complete without exploring its temples or shrines, and a stroll through the Gion district for a chance of catching a glimpse of the charming “Maiko”. There are an amazing 17 World Heritage Sites in this city. Among those that I know off are Kiyomizu-dera Temple, Kinkaku-ji (Gold) Temple, Ginkaku-ji (Silver) Temple, Nijo-jo Castle, etc.

This is the 3,776m high mountain that is literally synonymous with Japan. To be able to catch a glimpse of the majestic snow capped Mt. Fuji depends on sheer luck for it is often shrouded in mist. 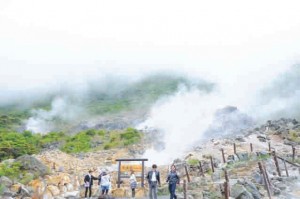 Owakudani at Hakone is an active volcanic zone where sulfurous fumes, hot springs and hot rivers can be experienced. On clear days, Owakudani has good views of Mount Fuji.

Do not despair if it doesn’t show up. At least the drive up to the 5th station has scenic views to captivate your eyes. Well, take the chance to breath in fresh mountain air as well. There are also many other activities that we can enjoy at the foot of the mountain. Mt. Fuji is bordered by two prefectures i.e. Shizuoka and Yamanashi. The foothill of Mt. Fuji has a fair share of attractions like hot springs, the Fuji five lakes (Fuji-goko). Serene and calm waters at the one of the Fuji Goko (5 Lakes). The majestic Mt. Fuji that appeared only for a few seconds.

This huge metropolitan city with more than 13 million residents is one of the most populous cities in the world. Almost everything measures in superlative scale. It has the traditional section like the Asakusa temple that dates back to the Edo era and the young trendy area of Shibuya. While night life is a prominent feature at Shinjuku, Ginza is the shopping area for many high street brand-names. 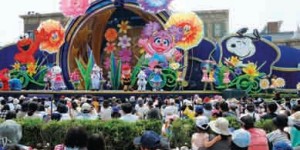 The musical show Dreams are Universal with characters like Hello Kitty, Beetlejuice, Peanuts and many others; is showcase of the Japanese spirit.

Not to be missed – the Tokyo Disneyland which has become so assimilated in the life of the Japanese. The Tokyo Disneyland initially catered to young people and as the young people have grown to become parents, the park is now a family centre for the young parents and their next generation. Indeed, I can observe there are many prams around the park now compared to more than 15 or 20 years ago. The theme for this season – Easter Wonderland – has a series of programs and parades that catches the fancies of kids and adults alike. Tokyo Disneyland resumed its operations on 15-April after being closed since the March-11 earthquake. While more than 70,000 people were stranded in the park after the earthquake, Disney employees provided blankets, disposable heaters and raincoats to visitors who had to camp the night in the park. It was so touching to hear that food, drinks and snacks were all on the house and nobody went hungry until it was safe to leave the park. By the way, there was minimal damage to the park as only park of the car-park was flooded by seawater. 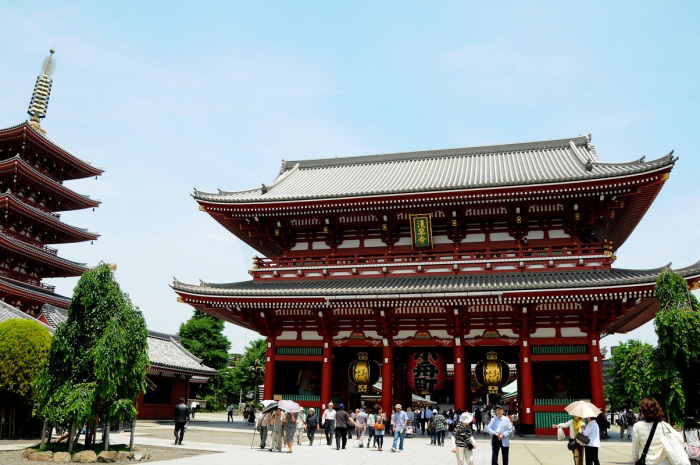 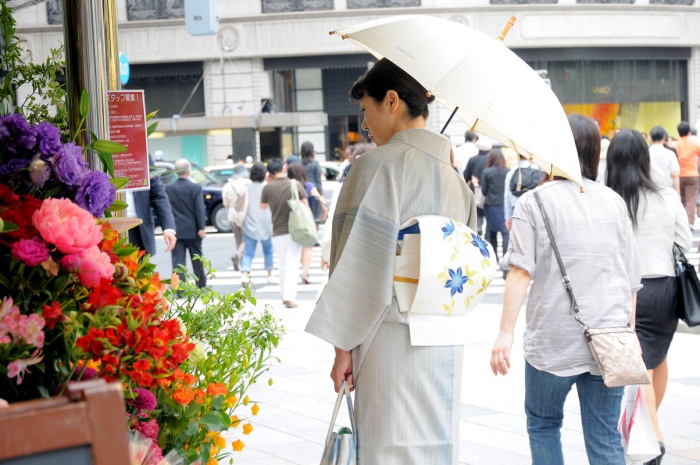 Browsing in Ginza may end-up in a shopping spree when the sales are on.

Over the past seven days, amazingly, I found the smiles of the people from the land of the rising sun have not faded despite their calamity. Before our flight took off from Narita, I secretly wished that I will be back again soon for the current special deals for Japan trips are simply irresistible. Look up for great bargains from Apple Vacations www.appleholiday.com and Malaysia Airlines www.malaysiaairlines.com

During the aftermath of the March 11 earthquake, we gasped in amazement as the Japanese ordinary people faced the disaster with grace and strong determination. True enough they are such a resilient lot. In such a short span of 3 months, Japan is ready to welcome her visitors with warm open arms. During our 7-day trip last June, life goes on as usual at the places that we visited; the locals are not deterred at all. The return of foreign visitors will definitely provide a boost to their tourism industry.

Note: With the lifting of the travel advisory by our Ministry of Foreign Affairs, Malaysians can now travel to Japan. (Malysians are still advised to defer non-essential visit to the north east region and within 80km radius of the nuclear power plant). Fukushima is approximately 250-300km away from Tokyo.

Japanese make their wishes in “Omikuji” and tie them to a tree or racks. 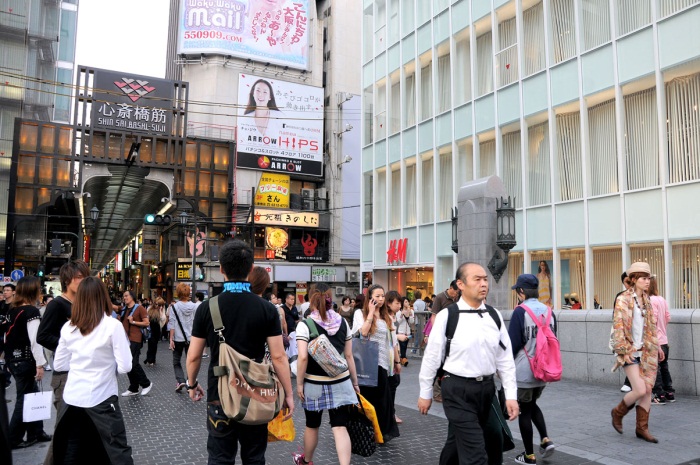 The bustling shopping arcade street at Shinsaibashi of Osaka. Unique way of eating clams,barbeque them!

Ramen is the favourite of many a tourist. The exotic Puffer Fish sashimi that can be prepared only by qualified chefs. The tasty “black eggs” are boiled by the natural hot steam of Owakudani. The cleansing ritual before entering a temple. 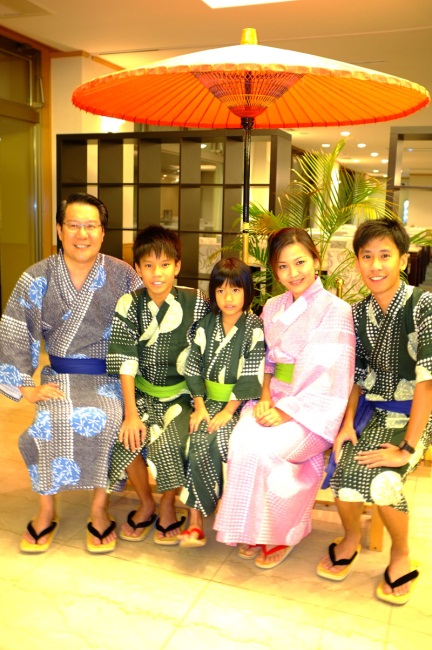 Mr. Raymond Gan and family getting ready for a rejuvenating dip in the onzen (hot spring) at Fuji Mihana Hotel. He smiles broadly for he gets to enjoy a wonderful holiday with his family without burning a hole in his pocket. Of course, the kids are all excited to meet their favourite cartoon characters at Tokyo Disneyland. 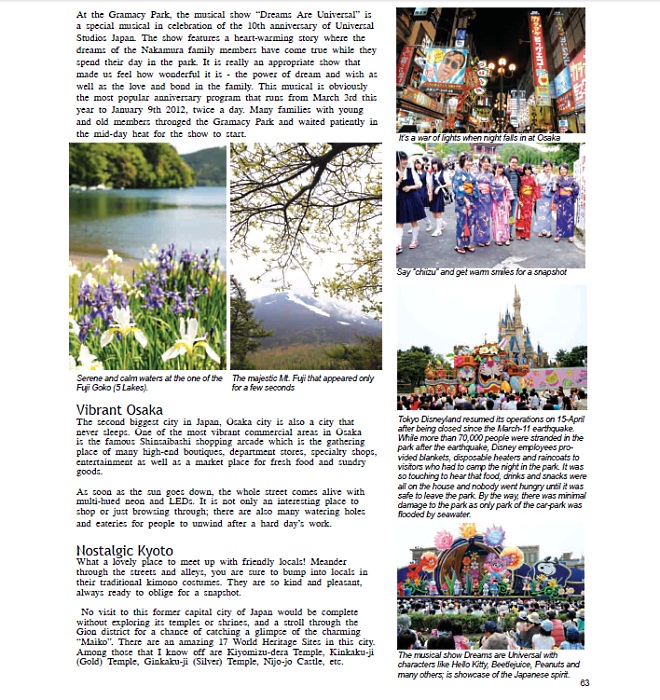 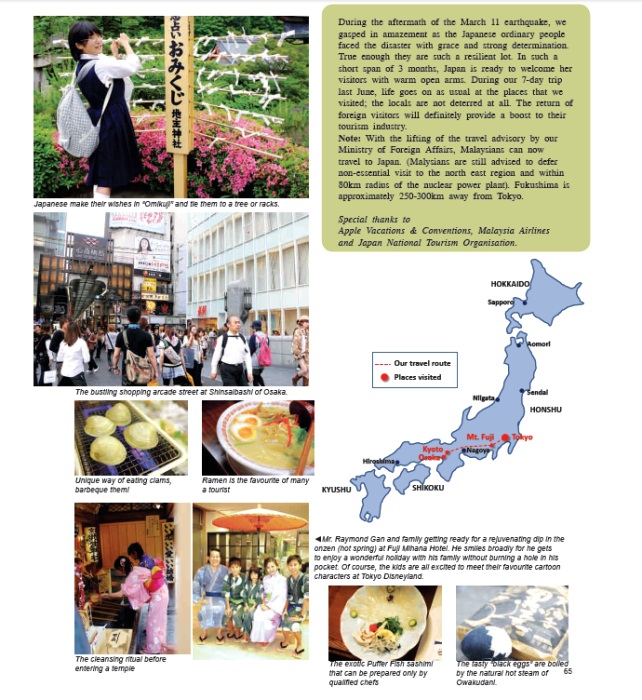 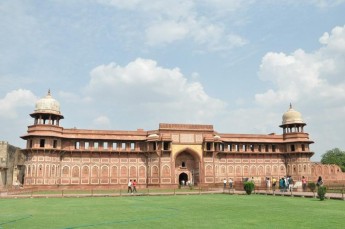