The Norwegian Fjords – an absolute destination for themed travel to Scandinavia

If you mention Nordic Scandinavia most people do not know what is there to experience, see or eat. What more if it is a fjord. Ironically, the fjords of Norway are actually taught in our secondary geography books. Anyway, it is really a euphoric experience to be able to set foot on this great natural wonder of the world. 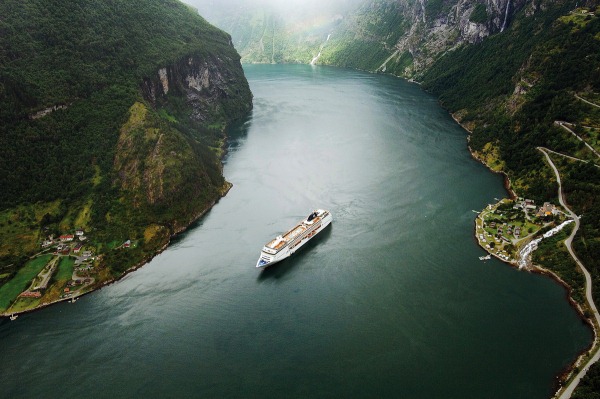 Once upon a time during an early summer of July, a group of unusual visitors stirred quite commotion in a little village in Norway. They were none other than the 32 member group led by Desmond Lee-san on their frenzy themed travel to Norway. So enthralled by the captivating sights of the Norwegian Fjord were they that they broke into a thunderous chorus of Rasa Sayang and the likes.

Well, if you mention Nordic Scandinavia most people do not know what is there to experience, see or eat. What more if it is a fjord. Ironically, the fjords of Norway are actually taught in our secondary geography books. Anyway, it is really a euphoric experience to be able to set foot on this great natural wonder of the world. 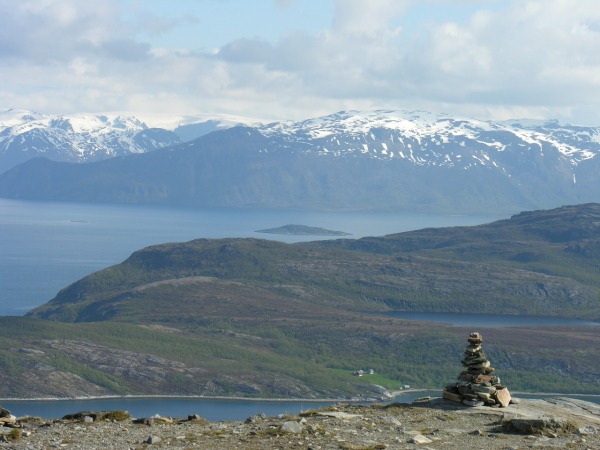 This extraordinary Sognefjord is the world’s longest fjord at length of 205km and a width of 5km. Reaching a maximum depth of 1350m, it is also the world’s deepest fjord and a UNESCO World Heritage.

The amazing thing about the fjords of Norway is the fact that they were formed way back in the Ice Age. Over time when the glaciers melted, the melting ice eroded the rocky mountain and thereby, cutting the high mountains into deep valleys that is lower than the sea level. Then when the sea water overflowed the valleys were filled with water forming narrow inlets with many twist and turns.

Norway has the world’s largest spread of fjords. With more than 120 tributaries, a total length of more than 30,000km, a depth ranging from 100m to 1,500m, cliff height reaching 2,405m and a series of jagged coasts – these are amazing gifts of nature. In my opinion, amongst all the fjords in this world like Alaska, Canada, Chile, Greenland, Norway, New Zealand and Scotland, none is as spectacular as the ones in Norway. Throughout the two and a half hours of ferry cruise on the Sognefjord, what we see is a unique landscape, cliffs of height that is twice the width of the river,the excitement of near misses and all the extremes that made the Sognefjord famous. 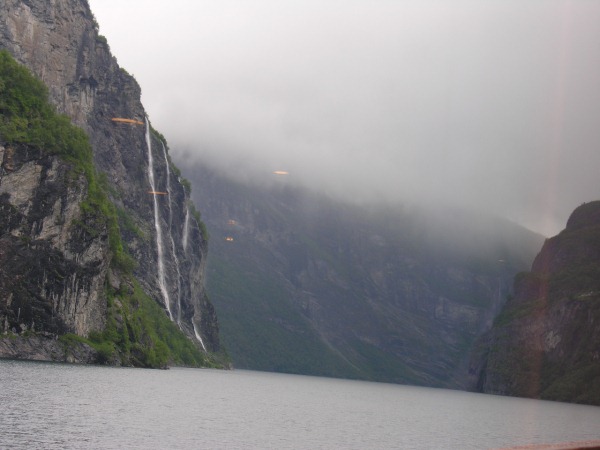 Fjords of Norway defies the norm

Though Norway has a long and freezing winter, the strange fact is that the fjords are not frozen in ice. The cruise is still passable on the fjords of Norway! Due to its geographical location, the winters of Norway is moderated by the warm currents from the Gulf Stream. As a result, the sea is not frozen and Norway has a relatively warm winter. Hence, the fjords became Norway’s transportation hub. The mild waters of the fjord and coastal area is conducive for a thriving fish industry in Norway. Wild or farmed salmon and trout they grow well in the fjords. The Norwegian salmon production accounts for more than half of the world’s production which is the envy of her neighbours. Eating the fresh oil-rich salmon in Norway is really a tremendous joy. Some of our group members who were not so keen on salmon had found it delectable and even better than those in Hokkaido!

What a wonderful learning trip we’ve had! 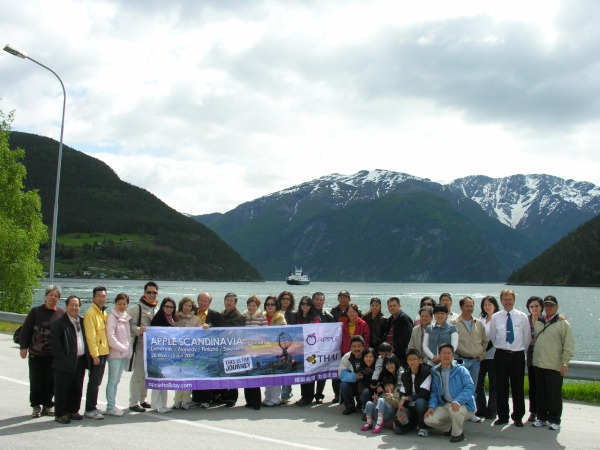 Where there’s a fjord, that’s the way.

At one time, Norway was one of the poorest countries in Europe with the fjords cut across the land making it difficult to establish a proper transportation system. So the people live in clusters of small communities on both sides of the fjord. The fjord becomes their main transportation route. It wasn’t until the opening of the oil fields that the infrastructure improves. Today the splendour of the fjord is not only a resource for a flourishing tourism industry but also a beautiful paradise of Norway. The Geirangerfjord (also a UNESCO World Heritage) coupled with the famous Seven Sisters waterfalls they are simply heaven on earth!

The fjords of Norway clustered around the fjord capital, Bergen. At 150km up north is the world famous Sognefjord and its tributary Naroyfjord, the world’s slimmest fjord with 250m at its narrowest part. The Naroyfjord cuts across from west to east into Sogndal fjord and then turn north traversing fjords one after another. The magnificent fjords and their waterfalls pieced together like a poetic work of art.

Visiting the fjord should not be a touch and go affair. While some tourists merely view the surface of the fjord on a cruise, its inner beauty is not discovered. It is only with our fjord land tour that visitors are able to explore the fjords from different viewpoints. Soaking in the breathtaking scenery of the fjords from the Eagle vantage point is certainly an “ichiban” experience!

As we cruised along the fjord, we were so captivated by the gorgeous little red and white village houses dotting both banks of the river. The locals must be so blessed to live in such a place as beautiful as a dreamland with sea view, mountains view, lake view and fresh air.

How to get to the Norwegian fjords

• Thai Airways operates direct flights to Oslo, Norway
• Or fly from the United Kingdom to Bergen
• From major bus stations board the “Summer Fjord Tour” bus or join the local tour “Norway in a nutshell”.
− Arrives at major fjords by about 3 to 5 hours.
− Includes major fjords like Preikestolen (Pulpit Rock) of Lysefjord, a large platform with 360 degrees full view overlooking the mountains and fjords.

When is the best time to go 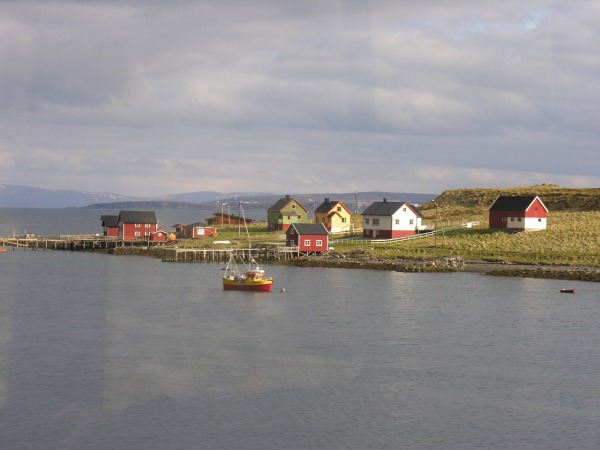 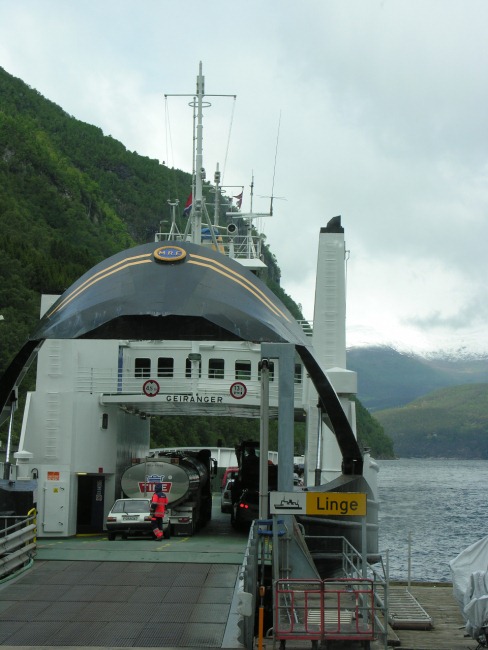 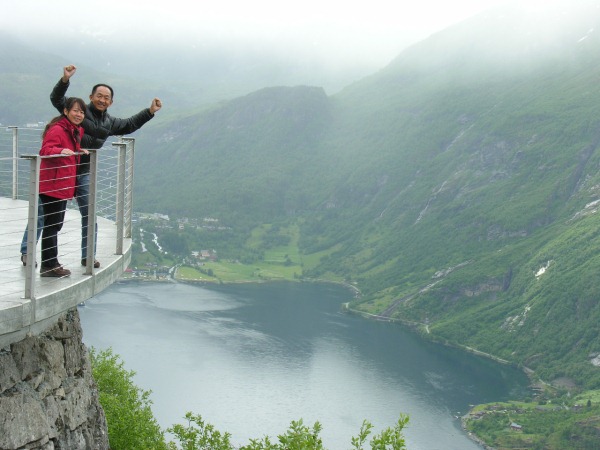 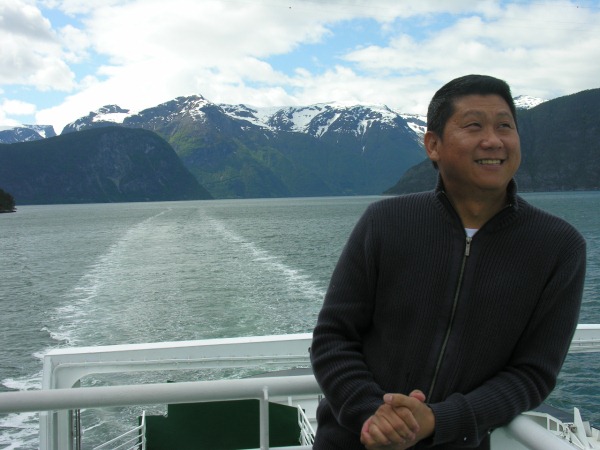 Message from the Governor of Hokkaido, Sept 2018