The Transformation of Guangzhou

After an absence of 5 years, I revisited Guangzhou, one of China’s main cities, again in November 2011. I was absolutely impressed with the urban transformation in China. The progress of Guangzhou has reached that of international level and perhaps even better than Singapore. 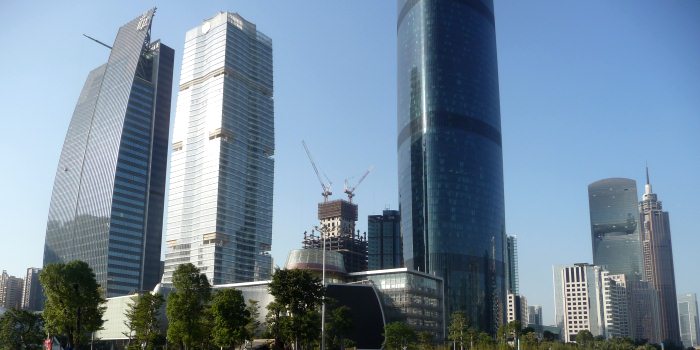 The progress of Guangzhou has reached that of international level and perhaps even better than Singapore.

After an absence of 5 years, I revisited Guangzhou, one of China’s main cities, again in November 2011. I was absolutely impressed with the urban transformation in China. The progress of Guangzhou has reached that of international level and perhaps even better than Singapore.

In terms of the quality of urban structure, Hong Kong also loses out to Guangzhou. The only difference is that the shopping experience over here is not as “happening” as that in Hong Kong.

As for us in KL, are we at a standstill or is it that others have made more rapid progress than us?

5 years ago, Guangzhou was a polluted city. Because of their strong determination to host the 2010 Asian Games, all the factories within the 3843 sq km city area were moved out to some place 50 km away. Even the Baiyun International Airport had to move out of the city.

Of course, their effort didn’t stop here. They even cleaned up the two main rivers in Guangzhou to the extent that the Mayor and his committee could plunge in for a swim. I don’t know when our KL Mayor and Tourism Minister would dare to do the same in our Klang River. Let’s back our claims to make Kuala Lumpur a world class city that is famous in the world.

The old Guangzhou was built 2,300 years ago and now it is occupying an area of 7,434 sq km with a total population of 12.7 million. Although a bit crowded in terms of population density, traffic on the expressways, flyover, main roads or small lanes are flowing smoothly without any bottle neck. Clean taxis, comfortable buses, multitude subway lines and the 300 km/h high-speed rail constitute the standards of a well-ordered city. Most surprisingly, the new generation of Guangzhou citizens have joined the queue to board public buses. It was even more amazing that not even one motorcycle is seen on the road. The whole city is orderly neat with greenery and flowers, and no unsightly rubbish. The average temperature in the city has since dropped by 2 degrees and becomes a liveable city all year round.

In the recent 5 years, Guangzhou has added a number of aesthetically pleasant high-rise architecture, while some iconic structures like telecommunication tower and residential buildings are made eco-friendly. Of course, the heritage buildings are also preserved and the surrounding old trees continue to grow with the flourishing city. What impressed me is that the century-old restaurants are still operating there, especially the “Bing Sheng Restaurant” that I cherished most.

If at all I have to find a fault with Guangzhou, I only have this to say “civilisation is not that far from Guangzhou”.

But our Kuala Lumpur is easily 20 years behind them.