The Malaysian Ladies Golf Association (MALGA) today announced that the 29th Malaysian Ladies Amateur Open 2012 will be held at the Kuala Lumpur Golf and Country Course, Bukit Kiara from May 29-31. 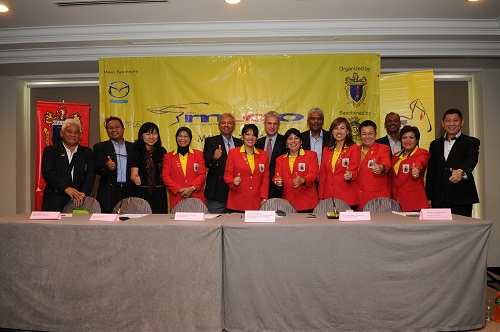 29th Malaysian Ladies Amateur Open 2012 will be held at KLGCC.

21st April, 2012, Wednesday– The Malaysian Ladies Golf Association (MALGA) today announced that the 29th Malaysian Ladies Amateur Open 2012 will be held at the Kuala Lumpur Golf and Country Course, Bukit Kiara from May 29-31.

In announcing the dates and venue,president of MALGA , Yam Tunku Puteri, Tunku Puan Sri Dato’ Seri Jawahir Almarhum Tunku Ja’afar, said that after the last three years having organised the MLAO at The Mines Golf Resort, another opportunity to host a premier golf course like KLGCC, has certainly elevated the status of the championship in the region to a premier and prestigious championship. 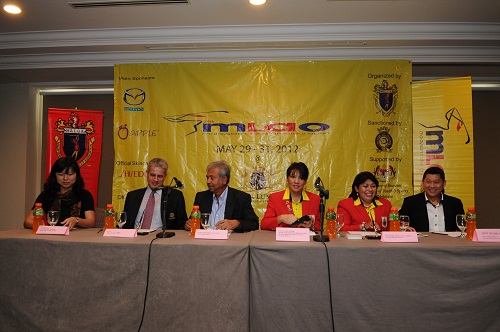 “Today, the relaxed elegance and natural beauty of this golf resort course with its 36 holes, has become a landmark as the most luxurious golf resort development in Malaysia. KLGCC is also the venue of the SIME DARBY Ladies Professional Golf Association (LPGA) event” said Tunku Puan Sri Dato’ Seri Jawahir.

The closing date of entries for the championship is April 20, and although MALGA does not have full entry list yet, the top amateur golfers from the neighboring countries are expected to participate.

“Last year we had golfers from eleven countries competing from Australia, Hong Kong, Taiwan, Philippines, South Africa, Singapore, Sri Lanka, Korea, Norway, Thailand and Indonesia. We are expecting all these countries compete again and we might have more countries this year with the growing popularity of our championship,” added Tunku Puan Sri Dato’ Seri Jawahir. 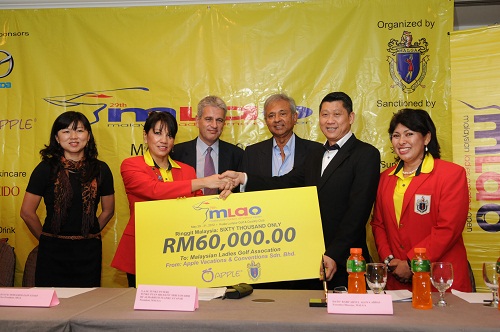 Tunku Puan Sri Dato’ Seri Jawahir also thanked the sponsors who have already come on board which include main sponsors, Mazda, Apple Vacations Sdn. Bhd., KLGCC, the venue host, Shiseido, Gatorade(official drink) and also the Ministry of Youth & Sports as well as Ministry of Tourism Malaysia for their continued support.

“Organising an event like this is costly, and without the sponsors, it would have been difficult for MALGA to have organised it successfully year in and out.

“However,we are still short of founds and MALGA is appealling to the corporate organisations and well wishers to come forward and support us. We still have another two months before the championship and we are looking forward to see more supporters come abroad.”

Tunku Puan Sri Dato’ Seri Jawahir said that MALGA is a dynamic association which work hard to promote women golf in Malaysia and does extensive development work to achieve their goal to produce some top women golfers.

“Our “Golf For Girls” grassroots development program was initiated in 2006 and is showing good results with top local players such as Kelly Tan (Batu Pahat, Johor) and Aretha Pan (Kota Kinabalu, Sabah), both of whom were identified and groomed through this program”

Kelly now is based in Brisbane, Australia now, is the defending champion of the championship. We are also proud to announce another girl Nur Durriyah Damian just won last week the Under 16, Asia Grand Finals of the Nick Faldo series at Mission Hills, China. Durriyah has now qualified to play alongside Sir Nick Faldo in Grand Finals in Ireland.

“There are many girls in the program who champion in the making, but they need the support. We need more funds to groom them with proper training by qualified coaches as well as to continuously expose them to more high level international tournaments. 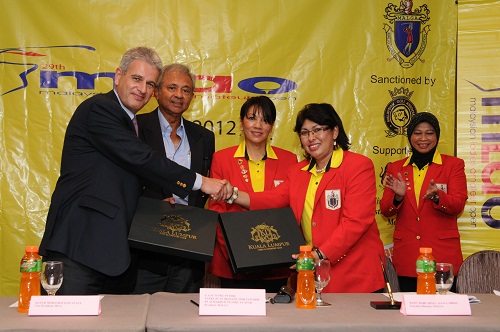 MALGA signed a MOU with KLGCC as the host venue.

“Thus, we appeal to more spnsors to come forward to support and be part of our program to play role in the development of women golf in the country,” Tunku Puan Sri Dato’ Seri Jawahir plead.

“We are happy that MGA now recognise our efforts in developing ladies golf and we working well together to bring ladies and junior golf to greater heights.”

She also added that the MLAO also helps to boost Sports Tourism and cited last year’s record where out of 120 players competing, 70 were foreign players, who are not only good golfers but good spenders.

“They usually stay on longer after the championship and visit our local destinations, besides shopping,” she said.

Next month MALGA will be organising the Malaysian Ladies Amateur Closed & Junior Closed Championship from April 19 to 20 at Staffield Golf Resort which is another effort by MALGA to have more tournaments to develop ladies golf and to expose more of the upcoming juniors. There will also serve as a warm-up championship for the Team Malaysia Players who will be participaing in 34th Queen Sirikit Cup at the Tanah Merah Golf and Country Club in Singapore from April 28th to 30th .

Based on the National trials in January and the recent Kuala Lumpur Amateur Golf Open, for the first time, the committee of both MGA & MALGA jointly selected this year’s team. The players selected to represent Team Malaysia in Singapore will comprise Aretha Pan, Kelly Tan and Viviene Chin. The committee have also appointed Dato’ Rabeahtul Aloya Abbas as the Team Captain and Ms Koe Lai Yin as the Team Coach. We do hope our this strong team will be able to do well and gain as much experience whilst competing alongside top players from 12 other countries including Korea, Japan, Australia and China.

Tunku Puan Sri Dato’ Seri Jawahir concluded her address saying that it was clearly evident that MALGA is a very active association in their effort to promote women golf in Malaysia and hoped for the media and sponsors’ continued support.