Spring’s here, and that means a new crop of travel picks. Here are ten tripswhat is your favorite destination?

Spring’s here, and that means a new crop of travel picks. Here are ten tripswhat is your favorite destination? 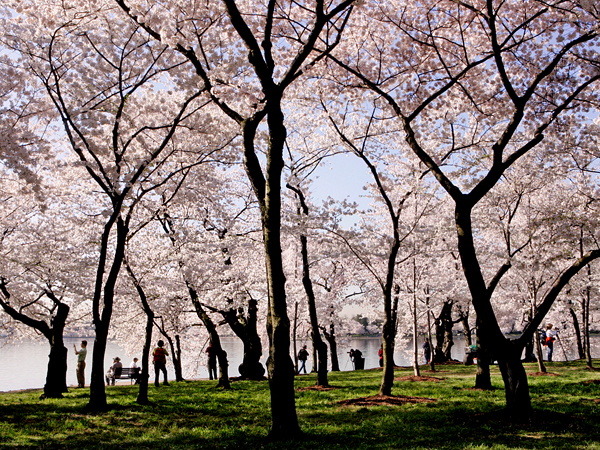 Blooming pink and white blossoms have heralded spring’s arrival in the nation’s capital since 1912 when the people of Tokyo gifted Washington, D.C., with 3,000 ornamental cherry trees. The living gift spawned the nation’s signature springtime celebration, extended to five weeks (March 20 to April 27) for the 2012 centennial edition. Daily events pay tribute to the relationship between the United States and Japan. While some—like the high-energy National Cherry Blossom Festival Parade on Saturday, April 14—are date-specific, many extend through summer.

The National Geographic Museum’s “Samurai: The Warrior Transformed” exhibition, March 7 to September 3, explores the history of the samurai military tradition and includes artifacts such as a suit of armor presented to President Theodore Roosevelt. Also on display is the early 20th-century hand-tinted photographs of Japan taken by Eliza Scidmore, the first woman to serve on the National Geographic Board. Scidmore played an integral role in bringing the cherry blossoms to Washington.

The free Library of Congress exhibition, “Sakura: Cherry Blossoms as Living Symbols of Friendship,” illuminates the story of the landmark trees through watercolor drawings, Japanese color woodblock prints and books, and photographs.

During the festival, take the U.S. National Arboretum’s self-guided “Beyond the Tidal Basin” tour to learn about ongoing efforts to preserve the District’s blooming cultural ambassadors. 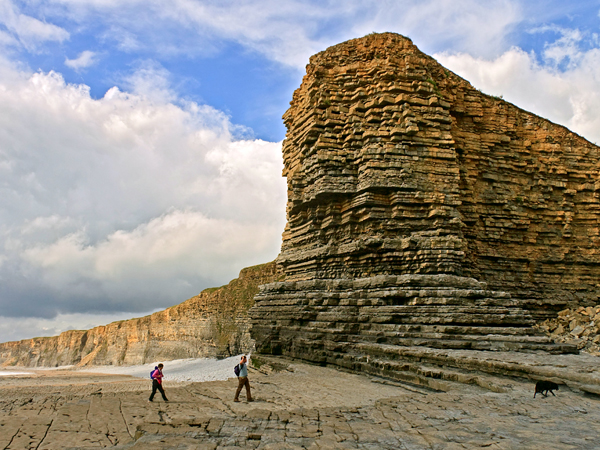 Highlights along the 60-mile North Wales Path from Prestatyn to Bangor include Coedydd Aber National Nature Reserve and Medieval Conwy Castle—one of a hundred still standing in the country. Book a room facing the castle at Bodysgallen Hall & Spa, a 17th-century manor house with lily ponds and 16 stone cottages spread across 200 woodland acres. 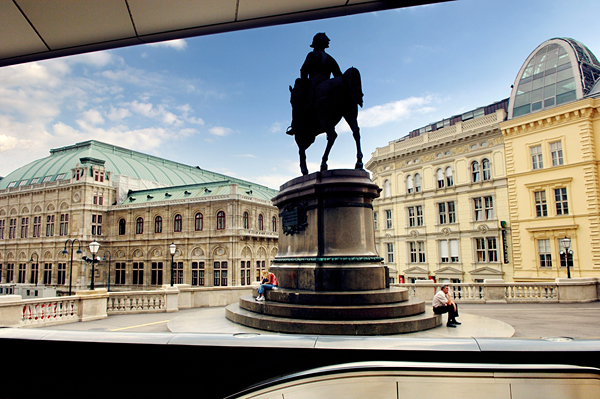 Statue of Duke Albrecht in front of the Albertina. In the background the opera house.(Photograph by Steinhilber, laif/Redux)

Austria’s romantic, richly ornamented city of the Habsburgs, Mozart, and Lipizzan stallions is turning up the lavish, Old World charm for Klimt 2012, a year-long anniversary salute honoring “Gustav Klimt and the Birth of Modernism in Vienna.” The artistic genius and Art Nouveau pioneer would have celebrated his 150th birthday in 2012.

Special Klimt exhibitions are scheduled at city museums throughout the spring. (Pictured here is the Albertina museum.) Lighter, pre-summer tourist volume makes it easier to purchase tickets for multiple events, navigate the historic First District’s narrow cobblestone streets, and linger over Viennese kaffee und kuchen (coffee and cake) at landmark Café Central. Baroque Belvedere palace (actually two palaces), housing the most extensive collection of Austrian art from the Middle Ages to the present, boasts the world’s largest collection of Klimt paintings, including “The Kiss” and “Judith I.”

From May 25 to October 14, 350 Art Nouveau textiles from the collection of Klimt’s partner and muse, Emilie Flöge, will be displayed publicly for the first time at the Austrian Museum of Folk Life and Folk Art. 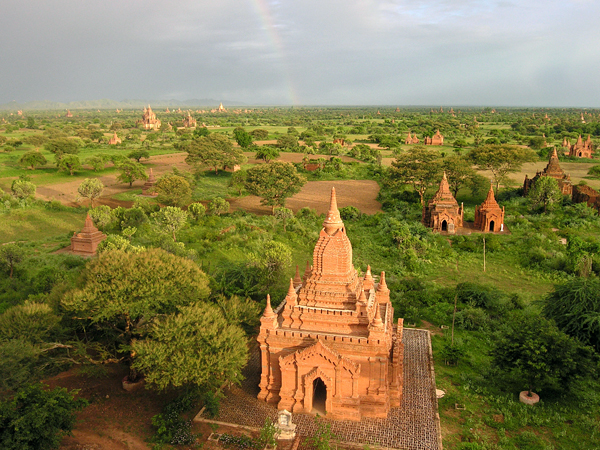 Bagan, founded on the banks of the Ayeyarwaddy River around, is considered one of the greatest archeological sites in Southeast Asia.(Photograph by Pascal Sittler, REA/Redux)

The fledgling “Burma Spring” has opened an unprecedented travel window into mystical and mysterious Myanmar. As the Southeast Asian state tentatively emerges from 50 years of isolation, pro-democracy advocates urge visitors to seek out authentic geotourism experiences supporting local communities. The country’s poor infrastructure makes solo travel through Myanmar’s unexplored valleys and ancient villages challenging at best. To visit the must-see ruins of ancient Buddhist temples in Bagan (pictured here), bike to the Amarapura Monastery, and cruise down the Irrawady River (immortalized by Rudyard Kipling as “the Road to Mandalay”), sign on with an established outfitter like Woodland Travels.

Founded in 1995 by Myanmar native Win Aung, Woodland specializes in guided treks to some of the country’s most remote and exotic locales, including the Mergui Archipelago islands, where you can kayak the mile-long granite formations of Great Swinton Island. And, although Myanmar’s military government moved the country’s capital to remote Nay Pyi Taw in 2005, daily Singapore Airlines flights from New York and Los Angeles connect to Yangon (Rangoon), the former capital and largest city. 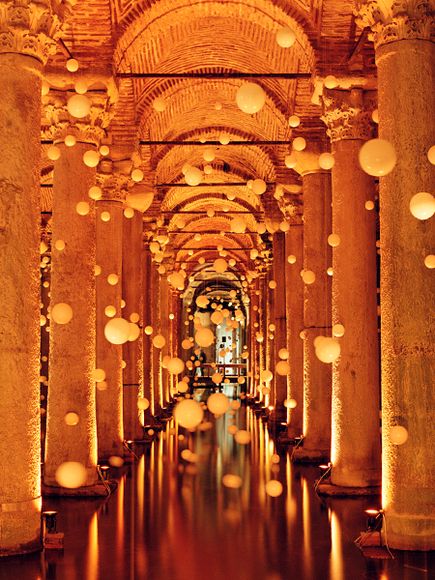 Legendary hub of the Byzantine, Roman, and Ottoman Empires, Istanbul has managed to retain its character through centuries of successive change. But unprecedented urban construction and proposed development around and over the Bosphorus Strait could forever alter the fabric and feel of the city.

Pay homage to the past while visiting April’s citywide International Tulip Festival or June’s 40th anniversary Istanbul Music Festival (May 31-June 29) featuring 750 artists and 23 music performances. Wake to the call to prayer in Sultanahmet, the city’s ancient core, where navigating the maze of alleyways can feel as mystifying as the must-see places: Hagia Sofia, Turkish and Islamic Arts Museum (housing 800-year-old Selçuk rugs), the Blue Mosque, the Grand Bazaar (last stop on the Silk Road), and the hauntingly lit Basilica Cistern (the largest of the ancient reservoirs hidden beneath the city), pictured here. To gain perspective on the potential impacts of Bosphorus development, soak in the passing panorama from the deck of one of the continent-dividing strait’s ubiquitous ferries. 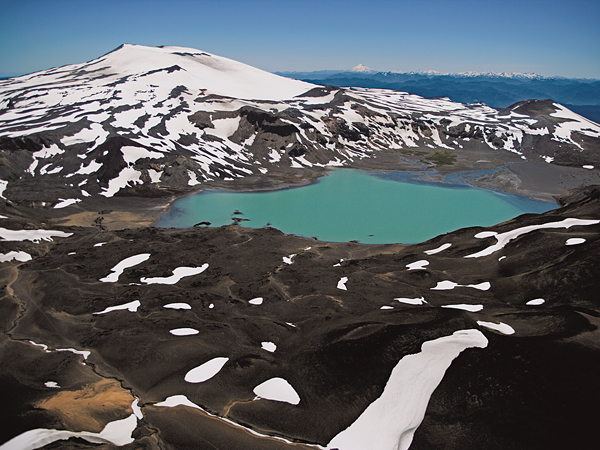 This glorious landscape of fuming volcanoes and emerald green lakes, ancient forests and steaming hot springs lies in the heart of Chile between northern Atacama and southern Patagonia. Settled and still cherished by the native Mapuche people, the region has ten volcanoes, scores of lakes and white-water rivers, and ten national parks and reserves. Pucon, a bustling adventure-sports town at the foot of Villarrica Volcano—centerpiece of Villarrica National Park—offers hiking (on volcanoes, mountains, and around lakes), white-water rafting, and soaking in natural hot springs. Two hours south is Huilo-Huilo Biosphere Reserve and its rare double volcano. Here, soar through the rain forest on three zip-line networks, glacier-trek on volcanoes, and walk the new Cultural Route showcasing local crafts like bee-keeping, weaving, and the making of traditional “wood fairies.” A final three-hour drive south leads to Chile’s largest lake, Llanquihue; its most photographed volcano, Osorno; and its first national park, Vicente Perez Rosales. Stay where “nature is the protagonist”—at the sustainably built Arrebol Patagonia Hotel in Puerto Varas. 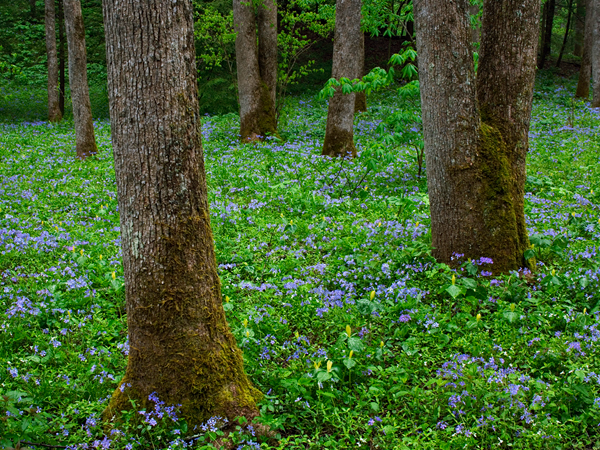 Location—it’s within a day’s drive of half the U.S. population—helps make Great Smoky Mountains the most visited national park. But with over 800 square miles of terrain and more than 800 miles of hiking trails spread across some of the oldest mountains on Earth, there is plenty of room for everyone to roam. Spring is prime wildlife and wildflower viewing season in this international biosphere reserve. Spot wild turkey, deer, black bear, and elk in one of the park’s least visited areas, western North Carolina’s isolated Cataloochee Valley. Throughout the Smokies, pink lady’s slipper, painted trillium, and Dutchman’s-breeches are among the blooms blanketing stream banks, woodlands, and mist-shrouded meadows.

The 62nd annual Spring Wildflower Pilgrimage, April 25-28, features 134 walks and programs led by rangers, botanists, entomologists, naturalists, and storytellers. Register online or at the park to join a wildflower trek along the Appalachian Trail through old growth spruce fir and pristine beech wood forests, learn the herb lore of Appalachia, or discover why the Smokies are called the Salamander Capital of the World. 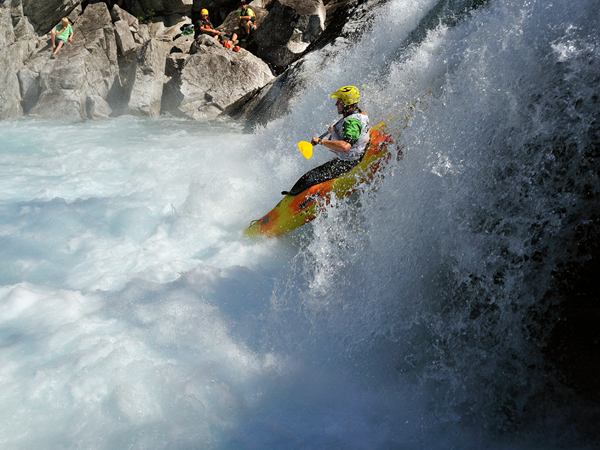 Kayaker dropping down a waterfall in profile(Photograph by Jørgen Opsann, Alamy)

Voss’s southwestern location—between Hardanger and Søgne fjords, an hour’s train ride from Bergen—make the adventure sports capital a best-bet home base for day trips in, on, and around Fjord Norway. Immerse yourself in the world’s largest concentration of saltwater-filled glaciated valleys on a Fjord Tours “Norway in a Nutshell” trip (departing Voss daily, year-round). The daylong introduction to the fjordlands combines serpentine train trekking along the famous Flåm line (one of the world’s steepest, climbing 2,900 feet in less than an hour) and cruising through the Nærøyfjord World Heritage Area, an archetypical fjord landscape considered among the world’s most scenic and best preserved.

Spring is tune-up season for Voss’s annual adrenaline-fueled outdoor festival (Extreme Sports Week, June 24-July 1). Before the crowds descend, create your own adventure challenge experience. Depending on when you visit (early-to-mid-spring is still winter sports season), ski or snowboard at Voss Resort, raft the Strandaelva and Raundalselva rapids, or negotiate the climbing-balancing-zip-line obstacles of Voss Klatrepark, a challenging high-ropes playground open mid-May to mid-September. 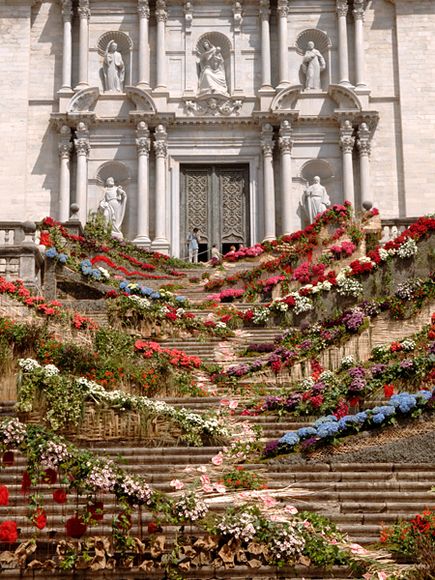 From Girona, hop an early train to Figueres, where native son Salvador Dalí conceived or designed every aspect—from the giant white rooftop eggs to the geodesic dome—of the Dalí Theater-Museum. The surrealist masterpiece (inside and out) houses the world’s single largest and most diverse Dalí collection, as well as the artist’s crypt. 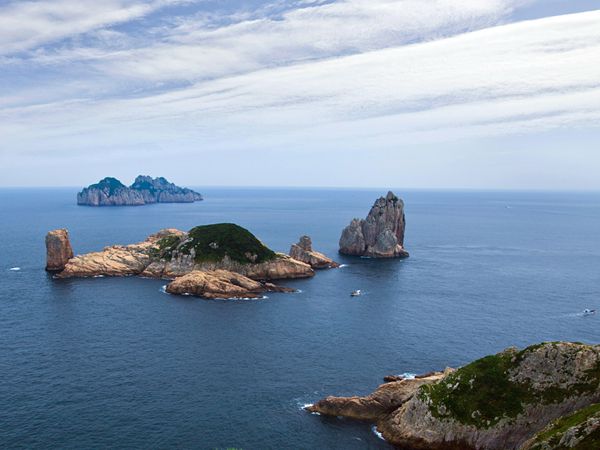