During economic downturns when unemployment rate is high and houses are confiscated,I noticed the Americans have a high sense of civic mindedness, especially the general public of California. Even though they are very troubled, they still behave in a civilised way. 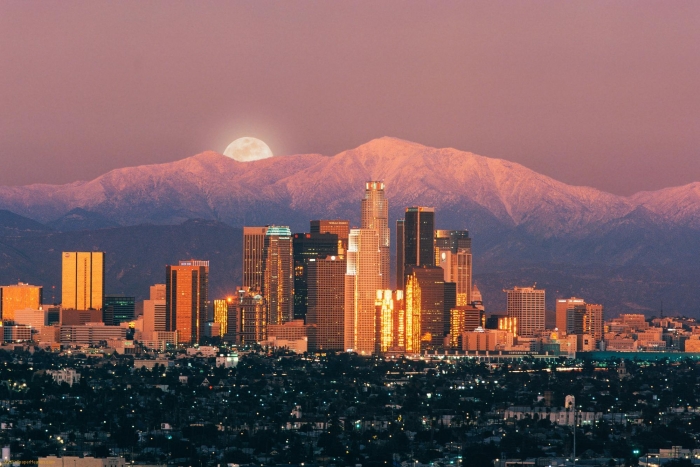 When dreams are shattered,

During economic downturns when unemployment rate is high and houses are confiscated, I noticed that there weren’t many homeless people loitering in California. The streets are still very clean. People are still doing their level best in life. Even though they are in trouble they do not vent their dissatisfaction on public properties.

I noticed the Americans have a high sense of civic mindedness, especially the general public of California. Even though they are very troubled, they still behave in a civilised way.

In terms of area, California is 22% bigger than Malaysia and its population is 31% more than ours. California’s average GDP alone is ranked number nine in the world whereas the entire country of Malaysia is only ranked 63 in the world. California is also the third most important state in the US.

Today the 38 million population of California are facing the dilemma of shattered dreams. Employment, house and education are the three main elements of the American dream. When all these fail to materialise, they will surely sink into bad mood. The golden age after the World War II is beginning to come to an end.

In the whole of US, more than 1.49 million houses are confiscated and unemployment is rising from 9% to an all time high in nearly 30 years. Unemployment of those aged 25 and below reaches 17%. This is probably resulting in 3 million homeless people. California is on the verge of bankruptcy, by far one of the most serious states in the economic tsunami. However, Americans do posses a high sense of culture and values, they still project their positive attitude in such times of trouble.

Promotions to stimulate spending
When I spent a few days in Los Angeles, San Francisco and Cupertino (the Apple HQ city) I found the theme parks filled with visitors having loads of fun. It could probably be that the US government pushed the promotions in the tourism industry to stimulate retail spending and job opportunities, even though they could be temporary placements. More than one third of the population in California are migrant workers, especially Mexicans and Chinese. The Americans tend to lose out on job opportunities but they are still getting on amicably well.

Civil-minded Drivers
Even though Californians live in a highly pressurised condition, I noticed that their drivers a a whole lot more courteous. At pedestrian crossings, the safety of pedestrians is the priority. When there is a stop sign, everybody literarily stops. I was so impressed because it’s a different scenario in Malaysia.

In the state of California, there are about 400 universities and colleges. They have to recruit over 10,000 overseas students to activate their economy.

I feel that the world is borderless now. The rise and fall of the great powers will eventually have an effect on the world. No matter how bad is the US economy, it is undeniable that the current US military power, economic power and innovation ability is still occupying the top place in the world. Their achievement boils down to their perseverance in their American Civilisation.

How about us? We may get the top marks in our civics test but look at the 428 incident. Did we become more civilised or did we lose our conscience?