From You To Me….Sea of Galilee

From You To Me
….Sea of Galilee

I saw you raging on the earth amidst the storm

In the swaying ship, we covered our ears, closed our eyes,
the fiery storm was about to engulf our ship

But then you stepped out on the water steadily and smiled.

Although the name is sea, it is in fact a lake. 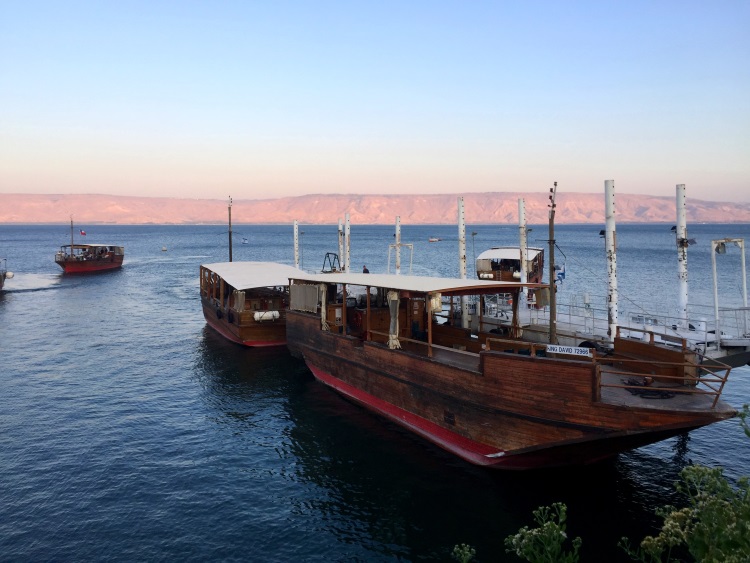 In the final three years of your life, you have enriched the Sea of Galilee. Some people say the water in this lake is sweet. Some say the fish produce is abundant. Some say this water nourishes the earth. As I gazed over the sea, my heart is filled with calmness.

Perhaps people’s emotion is often a result of visual perception. Even though you are not with me, that I heard you have been here is enough for me to decide how much to immerse in your charms. 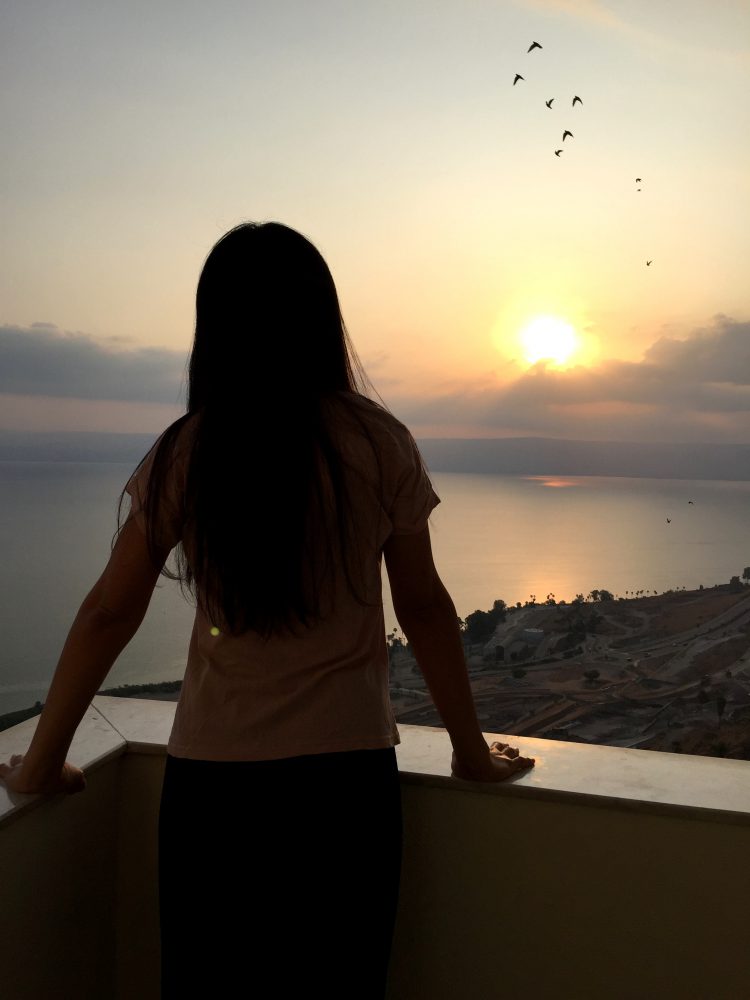 Although the name is sea, it is in fact a lake. A lake so calm that you can sleep deeply in the night. But I have heard that you hailed a storm in the still of one night. That the native fisherman so sighed “The Sea of Galilee is like a woman. Sometimes she’s gentle and yet sometimes violent, you have to understand her temperament.” Even for a person like me who is not knowledgeable of the characteristics of water, I still understand that there is not a sea that is always calm. Just as our life will not be.

Here, I am just a traveller, so I did what a casual tourist usually does. That is, went on a boat cruise. As the sun sets over the horizon, the sky is rosy pink and we were singing “10,000 Reasons” while the flag was raised. That was such a touching moment when we realised we were so connected regardless of country, time and space.

As the boat moves forward, it leaves no track on the water. While I am just a passer-by, you are the native rooted here…. you have gone through so much. I know deep inside there is so much fear that my inner-self would not dare to face. And you wished that we would be more like you but I doubt if I could.

Yet I know that you want me to believe and to focus how you came from there to here where I am. You didn’t let yourself sink and neither will I. 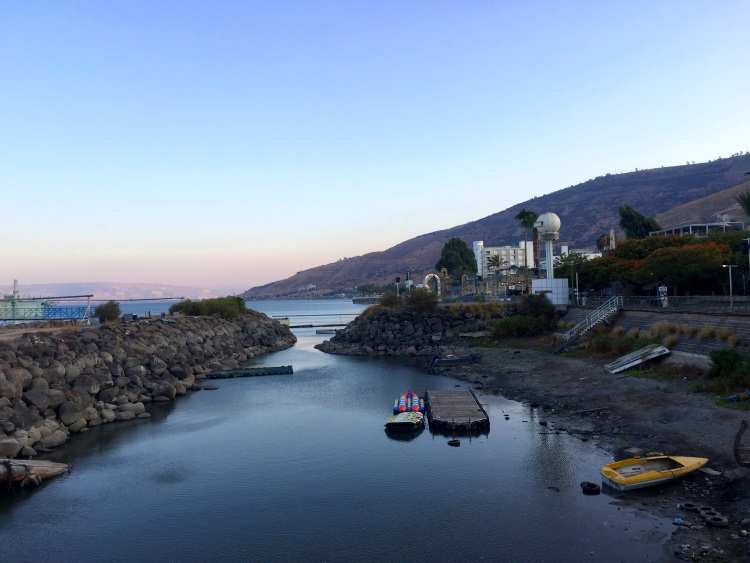 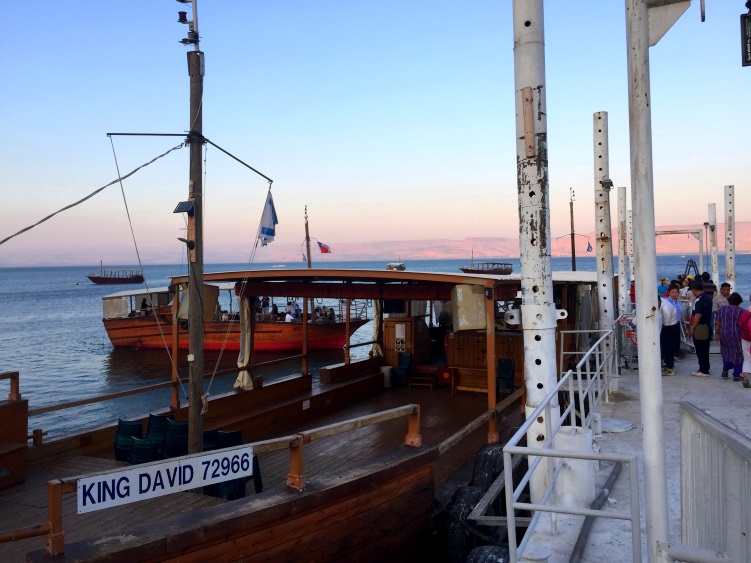 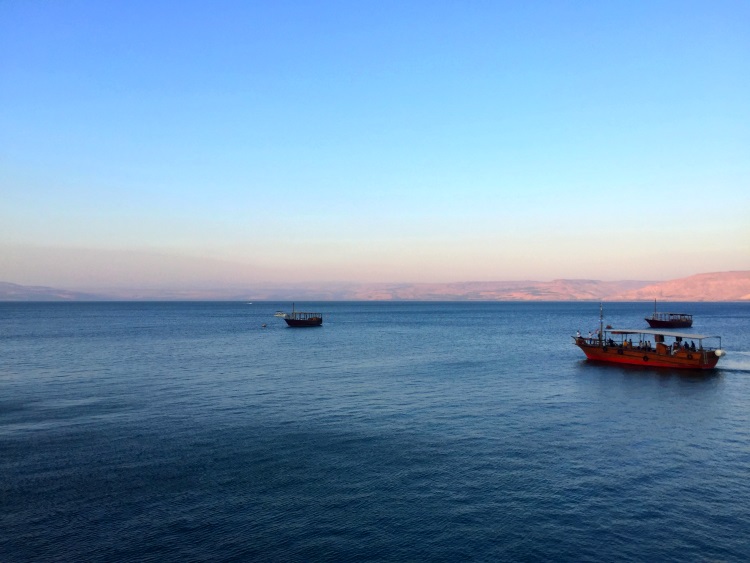 Trees and mountains surrounding the Sea of Galilee make it so picturesque. 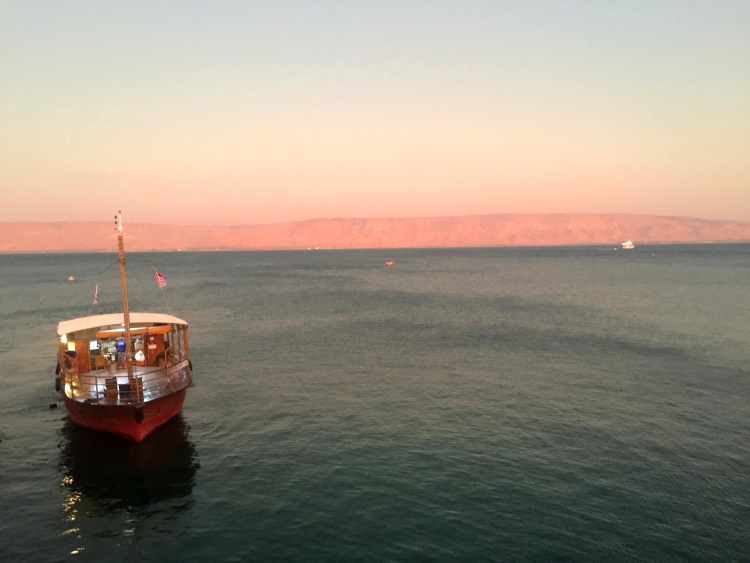 If we ever meet again and if I have not lost my memory, I will have many questions to ask and one of them is “Why did you choose the Sea of Galilee?”

Among the many stories that I heard was that a talented young person resigned from his job when he felt no support from his peers. The last assignment from his superior was to check out the difference between the Dead Sea and the Sea of Galilee. Is there really any difference? Both are bodies of water – one fresh water and the other salt water. Both are lakes but named as sea. Both came from the same source and both have the same natural compositions.

However, the buoyancy is higher in the Dead Sea and anyone can easily float on the water. And the concentration of salt is so high that no microorganisms could survive. The Sea of Galilee is an open lake where water comes in and flows out. Regardless whether it is a river or lake, as long as the water flows, life flourishes and water is drinkable. However, the Dead Sea has no outlet and accumulation of salts make the water stagnant. The water is not fit to drink and lifeless.

This is so true to whatever we have around us. Perhaps it is due to this that after more than 2,000 years I can still see the smiles coming from you, the Sea of Galilee, to me.

As the sun sets over the horizon, the sky is rosy pink. 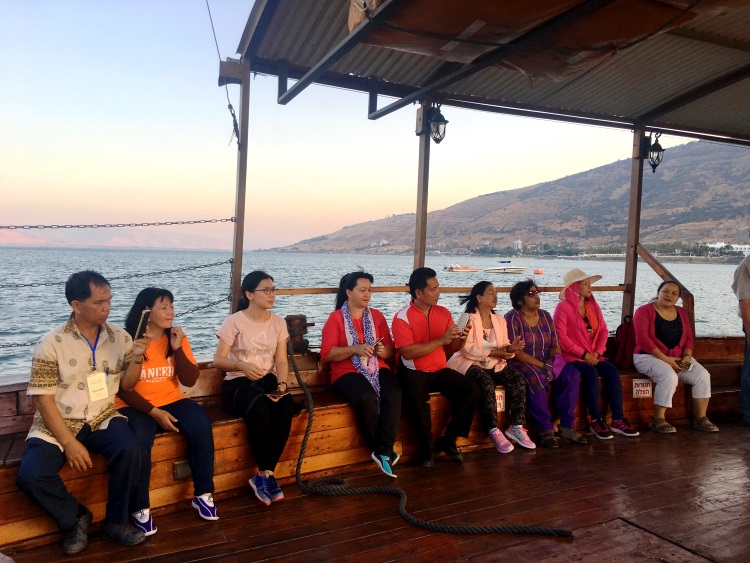 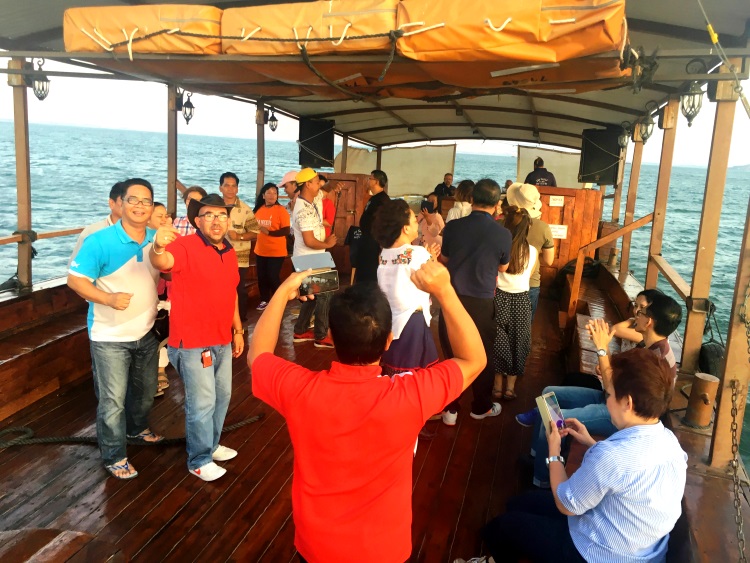 In my life time of travel experiences, sailing on the Sea of Galilee is one that will always be close to my heart. 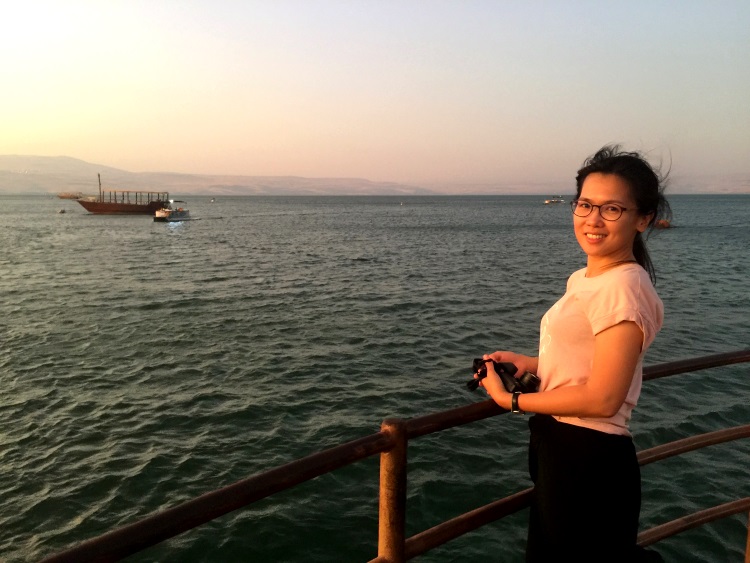 For more：
i) Jerusalem Biblical Tour