The global coronavirus situation has somewhat come under control now, prompting some Malaysians to speculate which countries are going to open up very soon.

The global coronavirus situation has somewhat come under control now, prompting some Malaysians to speculate which countries are going to open up very soon. To be precise, “green lanes” and other New Normal ways of traveling between countries and cities have been in practice in the three Baltic States and EU member countries. And in Asean, Singapore is pioneering this initiative, starting with business travels to stimulate the regional tourist economy, which is a good move indeed.

But the thing is, the virus is extremely sly and unpredictable, and the government is rightly concerned about a second wave of infections. The second wave of coronavirus infections in 19 states of the US and the city of Beijing, among other places, is beginning to cast doubts over countries eager to be among the first to introduce “travel bubbles” such as Australia and New Zealand, in addition to the reported deferment of first round of “safe travel circles” by countries like China, Japan, South Korea, Hong Kong and Macau. Taiwan just announced its border closing until 31st July. Sounds desperate?

What about those having near-term vacation plans?

Without traveling, I’m afraid many would have been turned into stalactites! Wait a minute! What will life be without traveling? The virus is only able to momentarily restrict human movements, but will never incarcerate a powerful lust to see the world! Moreover, without the lucrative 1.5 billion annual cross-border travels worldwide, governments will have shuddered at the thought of the imminent collapse of their economies, with an ensuing unemployment tide that would very well galvanize regime changes!

You just need to take a look at the tiny window the government opened on June 10 to allow restriction-free travels between East and West Malaysia to realize how contented Malaysians could get with freedom of movement. While the government is fighting the virus very hard on the one hand, it is liberalizing economic sectors on the other hand to spearhead economic development. Gradually opening up international travel is an unavoidable trend. 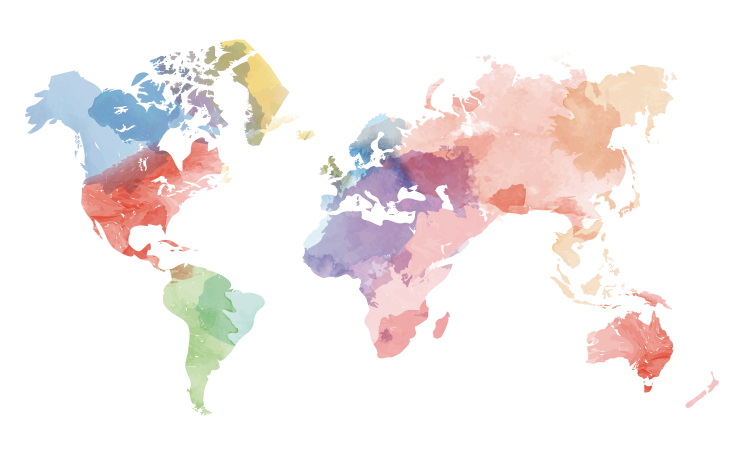 The world is waiting for you (tourists) to fill in 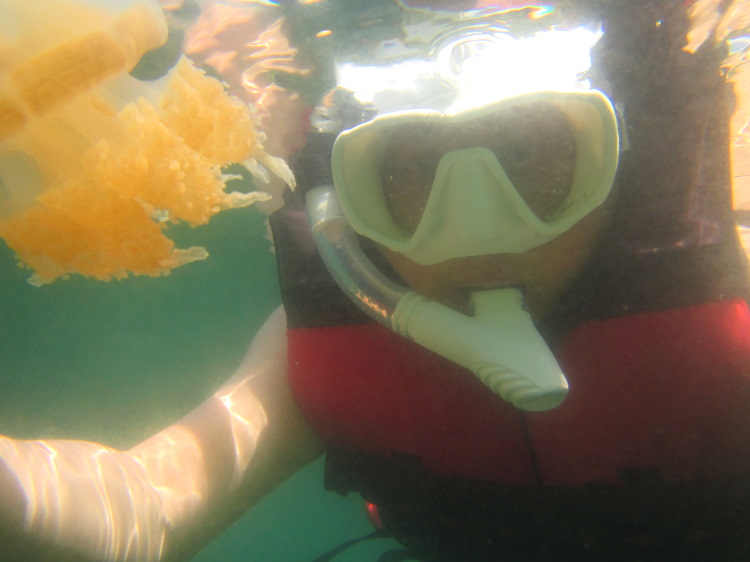 Palau island ‘ swimming with jelly fishes ; among 12 countries has no COVID -19

I have been tipped that Middle Eastern, Turkish and Singapore’s airline companies are planning to partially and conditionally reinstate scheduled flights to Kuala Lumpur beginning mid-June, while Korean Airlines, China Airlines, EVA Air, Cathay Dragon, JAL, ANA, Royal Jordanian, AirAsia X and others explore the probability of resuming flights to KL (or Penang) from July 9.

Really? I’m getting excited now, searching the drawers high and low for my passport! Hope your passport is still safely kept somewhere at home! Wanna go with me to Taiwan’s recreational farms to sip gourmet coffee surrounded by nature, plus the legendary Bib Gourmand street food?

Now comes the critical question: can you grab a ticket freely to fly all around now? Not yet. As mentioned earlier, the airline companies are still exploring the possibility. In addition to “special visa” requirements, governments on both sides still need to agree on several things, including unlocking their doors and exempting travelers from 14-day home quarantine.

So, when online sources tell you which-and-which airline companies are going to resume flights tomorrow, let me tell you this is only a presumed possibility that can be changed the next minute. So please be patient, but make sure you don’t misplace your passport!

China’s Zhong Nanshan has anticipated a marketable vaccine this autumn. Hopefully this will constitute a new indicator for the world to fully open up cross-border travels.

I can understand how frustrated to miss the March cherry blossom season, but rest assured that you can still make it for lavender fields in full bloom this July. For your information, Japan is trialing the first batch of “green lane business travel” schemes with Thailand, Vietnam, Australia and New Zealand. As expected, Malaysia is not in the list. But trust me please, I have not given up any chance to fight for Malaysian passport holders to visit Japan as soon as possible. We are looking at the fall colors, onsen baths and autumn harvests. Anyone joining us?

Orangutans: The star attraction of Malaysia 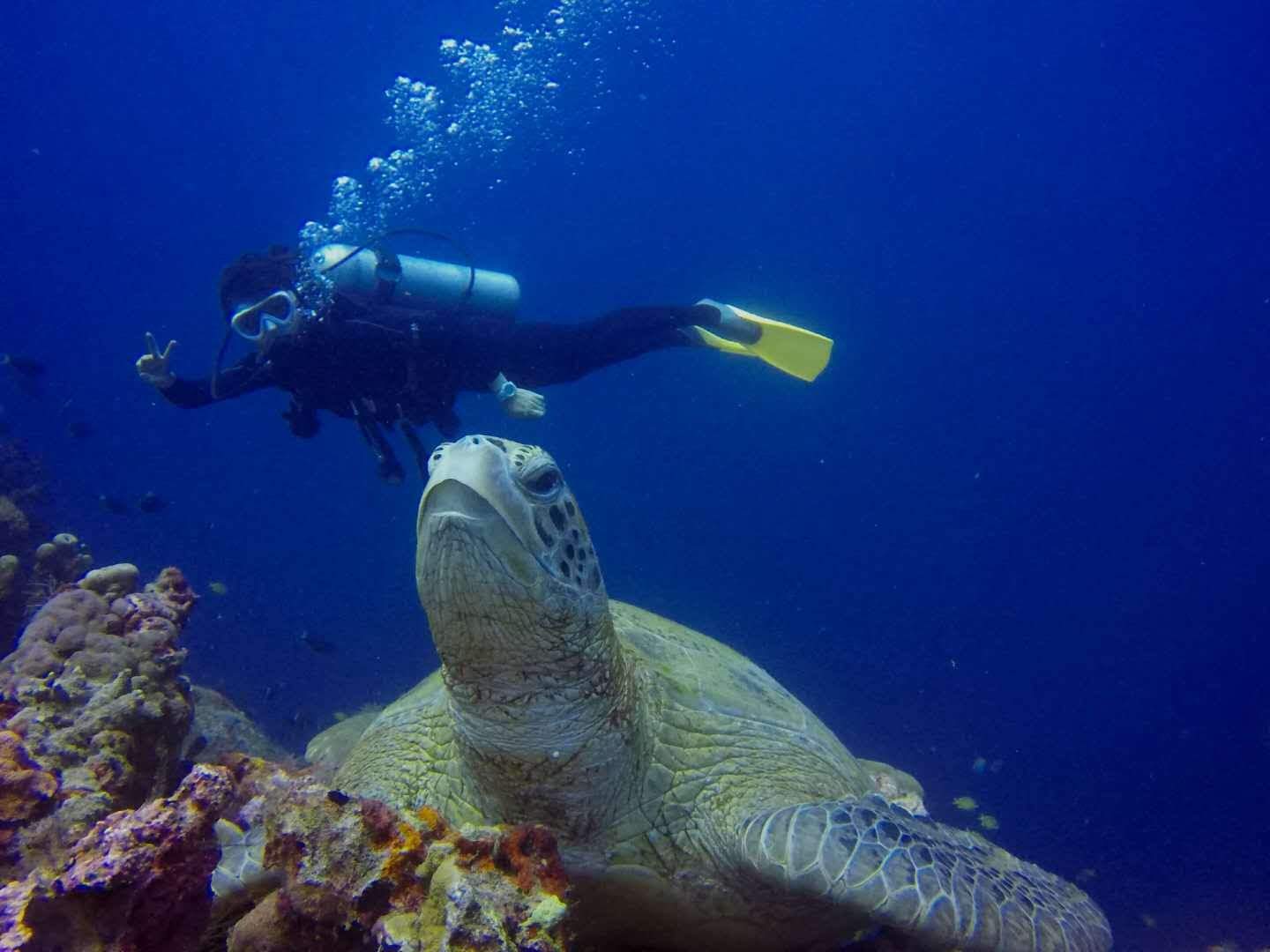 Sipadan, one of the most beautiful scuba diving spots in the world

Sipadan lies in the center of the Indo-Pacific basin, one of the richest marine habitats in the world

Anyway, from now until August 31 this country is technically in the Recovery MCO phase. Why not let governments have a little more time to negotiate the details? I am nevertheless pretty sure we may have a RMCO-2 in two and a half months’ time. Perhaps the government can first open up bilateral borders with Singapore. Thailand and Brunei while permitting two-way social visits with green zones in Asean such as Vietnam. I insist that this should be prioritized because Asean countries contribute about 75% of our tourist arrivals. I believe our leaders and medical experts will find a balance point between battling the virus and feeding our people. Many are already grumbling they could die of starvation before they get the virus!

Actually, I have before this openly proposed on several occasions a “real name domestic travel voucher” scheme to boost retail consumption in a bid to kick start the national economy. Unfortunately the government seems to be uninterested. In Taiwan, the government has launched the group travel discount coupons whereby each participant of a ten-member 2D1N domestic travel tour will get an equivalent of RM200 government allowance, in addition to RM200 tour guide allowance each day. With that, everyone on the island starts traveling around. Of course, precautionary measures still have to be adhered to. Taiwan is also mulling “green lanes” for visitors from Singapore, Malaysia, Hong Kong, Macau, Thailand, Vietnam, Australia, New Zealand, Japan and South Korea.

With or without government allowances, we can always start with our Cuti-Cuti Malaysia first. How about eagle feeding, sunset, seafood and 5-star accommodation in Langkawi, visiting the leatherback turtles and fishing villages in Terengganu, playing wau in Kelantan, having a date with the orangutans in Sandakan, or stopping over at a longhouse and savoring the Sarawak laksa? How about hitting the heritage trails of Melaka, Ipoh, Taiping and Penang?

As for oversea destinations, don’t worry, you’ll get to visit them all someday! Come October, a more pristine world vista is beckoning. The Silk Road, Lugu Lake, Paektu Mountain; Jordan, Israel, the Aurora spectacular in Norway, the enthralling glaciers of Switzerland, and the still vigorous and cheerful Santa Claus north of the Arctic Circle… and don’t forget about the Shiraoi Wagyu cows waiting for you to milk in Hokkaido!

Did we learn to appreciate life more having gone through this pandemic? Did we learn to seize the moment and be more prepared to embrace the New Normal philosophies in life? If you did, congratulations! You have passed this stringent test of a lifetime!