A TRAVEL buddy told me that he had heard about “fugu” (pufferfish), and that eating it is good for one’s health. But because it’s also poisonous, he wouldn’t dare try it.

The story behind one of Japan’s unique delicacies, fugu.
A TRAVEL buddy told me that he had heard about “fugu” (pufferfish), and that eating it is good for one’s health. But because it’s also poisonous, he wouldn’t dare try it.

During the Shogunate Era, around 270AD, there were reports of samurais dying after eating fugu. As such, at the end of the 16th century, General Toyotomi Hideyoshi banned the consumption of fugu. However, people living in the Yamaguchi prefecture in Kyushu still ate the so-called deadly fish, simply because it was so delicious.

In October 1868, at the start of the Meiji Restoration, the Japanese people – who were under a new emperor – secretly started eating fugu. But due to a shortage of chefs who were capable of handling fugu professionally, many people were poisoned and died after eating the fish.

Consequently, the Meiji government tightened its control on the consumption of fugu.

The fugu’s liver is intensely toxic, and a person could be killed within 10 to 30 minutes after ingesting the toxin by accident, unless he or she is rushed to the hospital immediately.

Having said that, though, the proteins in fugu have exceptional medicinal value, and you can be sure that the courageous Japanese people are not going to give up such a wonderful god-sent delicacy. 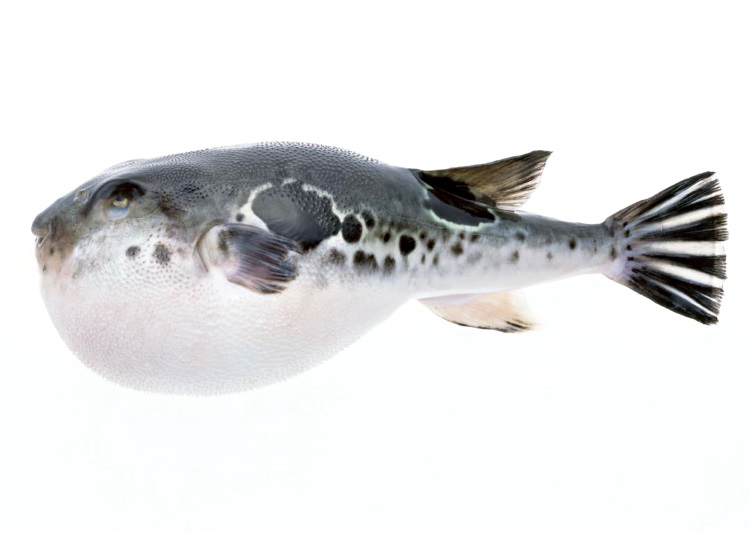 It may look a little ugly but it’s so delicious.

Hirobumi Ito, who became Japan’s first prime minister in December 1885 (and served for a total of four terms) tried for the very first time a fugu hot pot dish specially prepared for him by Fujino-san at Shunpanro restaurant in his native Yamaguchi prefecture. He was impressed by the meal.

Ito later insisted that everyone should try this wonderful gastronomic gift from heaven. In 1888, he lifted the ban on the consumption of fugu, and naturally, Shunpanro became the primary base for fugu ryori or the cooking of fugu.

Other prefectures and cities, meanwhile, could not keep up with Yamaguchi as there weren’t many chefs who knew how to handle the delicate fish.

For example, the 29-day negotiation of the Treaty of Shimonoseki, one of the century’s most monumental historical events between Japan and China, was held at Shunpanro in 1895. Ito served fugu to the 72-year-old chief negotiator from China’s Qing dynasty, Li Hongzhang, and his delegation.

Unfortunately, Li declined the meal for fear of getting poisoned.

Li and his delegation were aware that fugu was such a precious premium culinary treat, and turning down the meal may have consequences. During the course of the negotiation, Li was shot in his left cheek by a rebel named Toyotaro Koyama.

The Meiji government apologised to the Qing dynasty government.

On June 16, 1909, Ito again enjoyed his favourite fugu hot pot at Shunpanro. The following day, he boarded a ship to the Korean peninsula, which followed a trip to Dalian in China. He arrived at the Harbin railway station on June 26, but was unfortunately killed there by Korean nationalist An Jung-geun.

Ito had objected to the colonisation of Manchuria by Japan, but he couldn’t do anything to change anything. His assassination was about 10 days after he ate fugu for the very last time.

(Some of these historical facts on fugu are based on Hisako Kuroiwa’s book, Diplomacy On The Tip Of The Tongue.)

Today, whenever Japanese folks enjoy a fugu feast, they may just be reminded of Ito, I guess. He once said that it is a heavenly food all Japanese people must enjoy together. 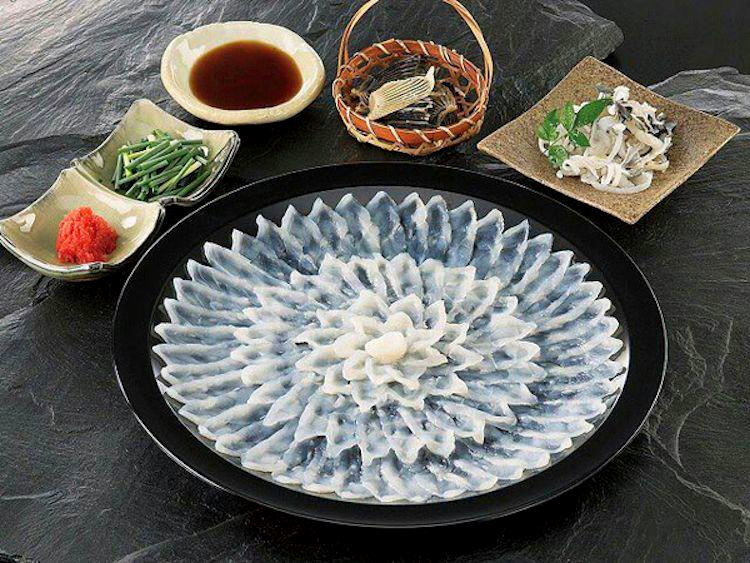 Have you ever tried fugu sashimi? 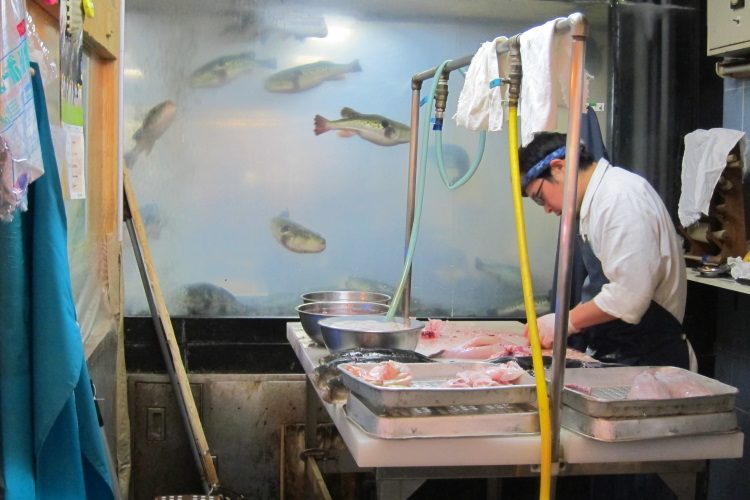 A chef demonstrated how to kill a live fugu outside Hamato Fugu Restaurant at Kuroshio Market in Osaka. 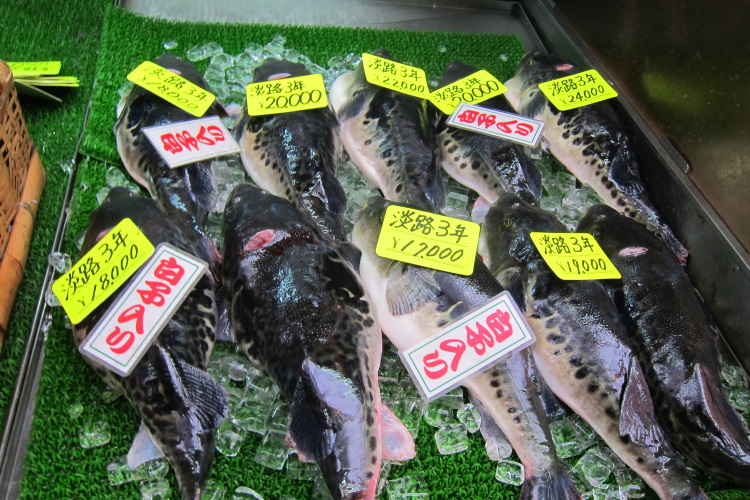 The concept of “no risk no gain”, are you Willing to Risk Your Life for a Taste of Fugu Sashimi?

While fugu has slowly become a unique delicacy that ordinary citizens can enjoy today, the dish is only available for dine-in customers at specialised fugu restaurants. Most of these shops offer five different ways of enjoying the fish, namely shredded fish skin in vinegar; thin sashimi slices; deep fried fish fillets; hot pot with fish meat, fish bone, cabbage, tofu and kombu; and fugu rice porridge with egg and seaweed.

During the last Fukui tour that I led with renowned food critic Chua Lam, he made a special arrangement for group members to go to the Hamato Fugu Restaurant at Kuroshio Market in Osaka for lunch.

At this restaurant, the chefs demonstrated how to kill a live fugu, which was impressive. But while they did this, many in the group began to worry whether the toxins from the fish would splash onto them!

Chua assured them that will never happen as the folks who work at the restaurant are all seasoned fugu chefs. He also playfully said, “Look at the fugu sperm. The gentlemen here should try the fugu sperm wine later, there is no fishy smell at all. It’ll make you strong tonight!”

I think that most foodies are not afraid of the fugu toxin, and would not think twice about eating the fish – provided it was handled by experts, of course. Some especially like to challenge themselves and try the fugu’s liver and stomach lining, usually served finely chopped and seasoned with green onion vinegar, and a special Japanese condiment.

I must say that this dish is particularly delicious – simply heavenly!

When we can all travel again, I’ll take you to Shunpanro to eat fugu. 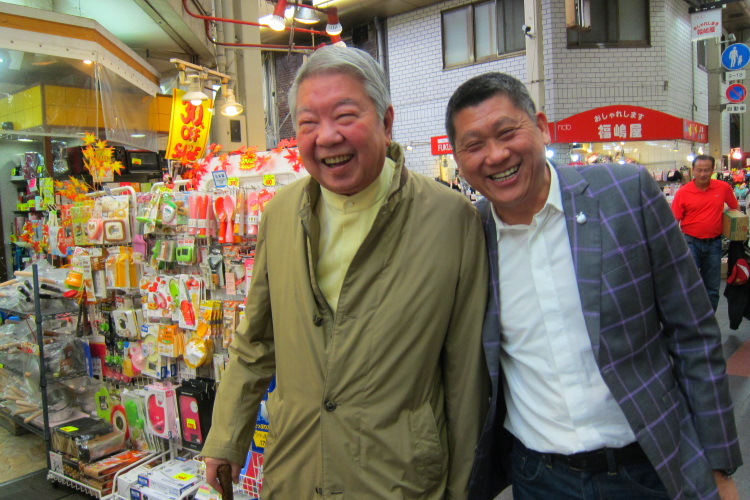 The writer(right) and fruit critic Chua Lam at the Hamato Fugu Restaurant in Kuroshio Market, Osaka, where they were introduced to fugu sperm wine.(Photos:LEESAN) 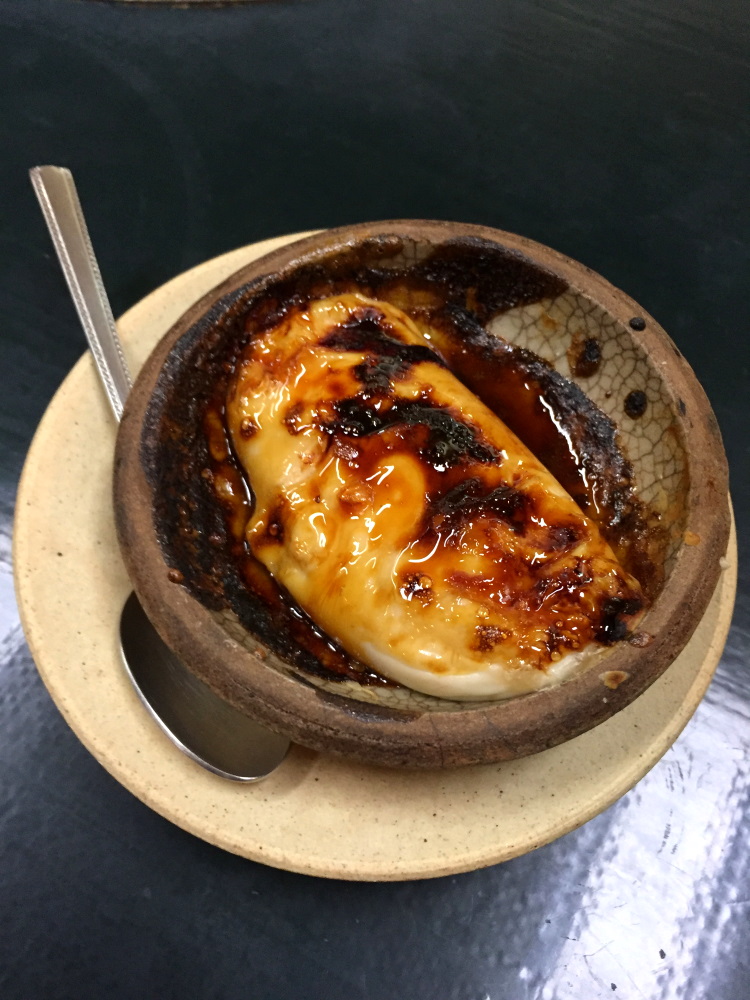 The Fugu Shirako or Puffer fish sperm might seem like a piece of tofu. In fact, it doesn’t have much taste when eaten raw, after roasting it is soft and smooth, and it is fragrant and very delicious. 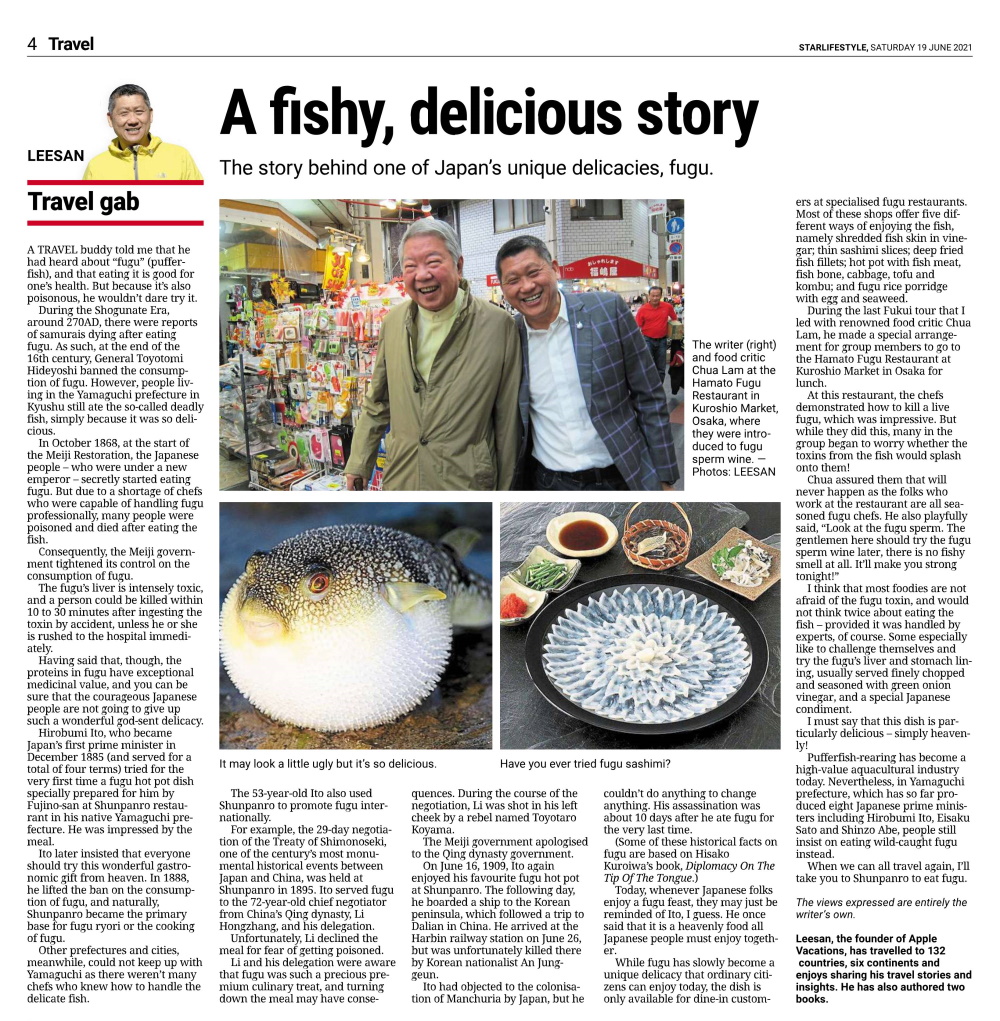