However, my first day out was an exception because we finished the day’s itinerary in Kuantan, Pahang which was quite a long drive from Singapore. Bear in mind that in 1987 the North-South Expressway was a long way from being completed so we had to use trunk roads and other alternative routes.

The columnist recalls his first local tour with foreigners more than three decades ago. 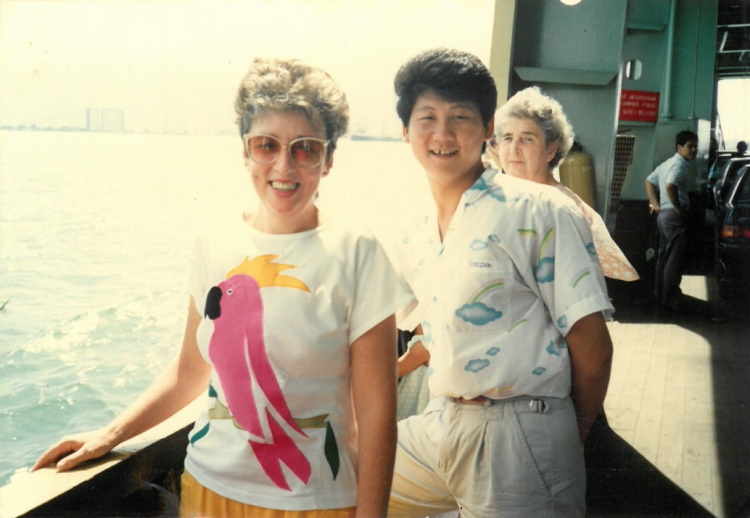 Over the years, the columnist has learned a lot from just sharing and exchanging stories with his foreign guests. – Photos: LEESAN

IT was 8am on a … well I don’t remember what day it was, but I do know that it was sometime in late 1987. My “sifu” Ramli and I picked up five Australian tourists at the Hotel Phoenix Singapore in the company nine-seater vehicle.

Ramli gave a brief welcome speech, followed by some important details on immigration processes; we were on our way to Malaysia via the Johor Causeway. I believe Ramli had given this speech over a hundred times before with other guests, but still, he remained sincere and earnest, uttering each word clearly.

He was very serious about always giving the best first impression to his guests. As the Japanese would say, each rendezvous could be the last for both parties.

This was my first working trip as a tourist guide involving foreigners, specifically, Caucasians. It was a trip with a company called Reliance, and the package was “Batik Route B”, departing from and ending in Singapore. As part of the company’s standard operating procedures when handling overseas tourists, we had to set off from the pick-up point at 9am, and check in at a hotel by 4pm.

However, my first day out was an exception because we finished the day’s itinerary in Kuantan, Pahang which was quite a long drive from Singapore. Bear in mind that in 1987 the North-South Expressway was a long way from being completed so we had to use trunk roads and other alternative routes.

But the guests were actually elated once we started driving into Jalan Wong Ah Fook in Johor Baru, excitedly asking, “When can we stop at a roadside stall?”

I guess having been in Singapore’s urban jungle before that, they were eager to experience something more rustic.

We were fine with their requests of stopping by roadside stalls, but Ramli and I were a little worried about the cleanliness of the toilets in coffee shops and petrol stations, should any of them need to go along the way.

Driving on the Federal Route 1, we passed by numerous rubber and oil plantations, Malay kampungs and Chinese settlements, all of which are familiar or even common sceneries to any Malaysian. But to our foreign guests, these were the best spots to take pictures.

Also, each time we stopped at designated rest areas in Johor (either in Ayer Hitam, Yong Peng or Segamat) for tour buses, these tourists would always buy sugar cane drinks, sweet corn and steamed groundnuts that are on sale there. Of course, we were glad they enjoyed themselves and helped boost local economy, but I did worry about them getting stomach aches! 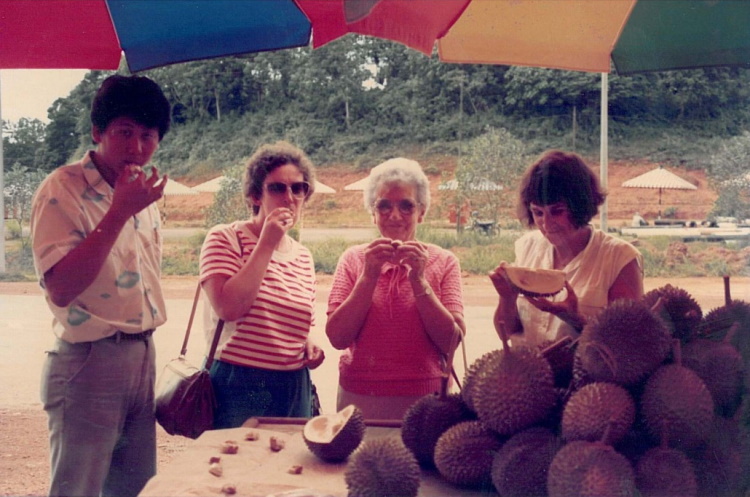 At last I found durian for the Mat Sallehs: smell likes hell, taste like heaven.

The way Westerners travel is very different from how the Chinese and other Asian travellers do it.

Firstly, the guide does not need to give them detailed accounts of the country’s culture and history. A short explanation of a particular place or attraction is all the guide needs to give, and this is followed by another 10 to 20-minute leisure time for the tourists to snap pictures and roam around.

Of course, occasionally, the guide would also talk about things that happen unexpectedly, or if a guest sees something interesting along the way, like a mangosteen, jackfruit or durian tree, or a unique-looking flower.

We would also leave the guests for the most part of the journey so that they could rest on the bus to maybe read a book, listen to music or just look out the window and enjoy the view.

But back to that particular assignment. The first night was spent at Teluk Chempedak in Kuantan. On the second day we arrive in Terengganu, where we put up for two nights at the Tanjung Jara Resort. One of the tourists told us during dinner that this was the kind of travel experience they were hoping for – to stay, or at least see, a typical Malay kampung house on stilts.

At 5am the next day, I drove them to a nearby fishing village to wait for the sunrise and see the fishing boats return to shore with their catch. This was followed by a short drive around the village to see how local fishermen dry fish under the sun, as well as monkeys plucking coconuts!

Later, we had dinner on the beach accompanied by a beautiful symphony of waves from the majestic South China Sea, and we gazed into the star-studded sky.

To me, such a job is absolutely relaxing and enjoyable. As my guests put it, I get paid for my holidays!

As for experiences, the wau, a traditional batik printing process and top spinning in Kelantan were what really fascinated the tourists. And upon seeing an all-women vendor line-up at the main market in Kota Baru, our guests asked, “Where are all the men?”

They also liked the local snacks sold at the market as they were visually pleasing and palatable.

Who can deny that the three East Coast states in Peninsular Malaysia are culturally rich travel destinations? I’m sure when the East Coast Rail Line becomes operational, these places will be holiday destinations that are much sought after.

We then had to drive along the East-West Highway from Kelantan, toward Perak. We had to arrive before dark as a curfew was in enforcement during those days because it was suspected that communists were still active along the Malaysia-Thai border.

In the morning, we submitted a list of passengers’ names to the border police post in Kelantan’s Jeli district before proceeding with our journey along Route 4. On the way, we made a brief stop by the picturesque Banding Lake (upstream of Temenggor Lake). Traffic was sparse throughout the three or four-hour journey, but the scenery was breathtaking.

There were thick tropical rainforests, verdant hills, pristine lakes, lots of wildlife roaming around and occasionally, even an elephant or two. Such a sight was all the more rewarding for our guests.

From the rustic East Coast, we travelled to the more densely populated West Coast, and the vista became increasingly sophisticated.

I actually enjoy this way of travelling, where the accommodation and routes are pre-planned but sightseeing details were all left to the guide. Stories and anecdotes are only shared with guests as and when something interesting comes our way.

Western tourists would usually do some research on their holiday destination before arriving, so in a way they already know what they want to see and experience. At the same time, I too get to learn about my own country from them! It is interesting what kind of information they could gather back then (ie, pre-Internet).

During our journey, one of my guests said that they were very much looking forward to visit Penang, one of the three Straits Settlements in Malaysia, soon. Well, I will tell you about that adventure, next time!

The columnist and his Australian guests at Terengganu’s coconut beach village in 1987.