The columnist and his travel buddies take a trip up north to learn about cultural preservation.

PENANGITES always take pride in their identity wherever they are in this world. I am actually envious of this, though I don’t really have a clue why they love their hometown so much.

Whenever two strangers start talking in their familiar Penang Hokkien outside of the island, the atmosphere will instantly change – it’s as if they have known each other for years! And as if that’s not enough, even some non-Chinese Penangites can speak or at least understand local Hokkien.

It seems like this dialect has become some sort of heartwarming bridge that bonds all the “Penang-lang” together.

And that’s not all. The people of Penang also carry with them a deep sense of pride in their 1826 Straits Settlements heritage.

We felt like we were travelling back in time, back to the colonial days as we tried to gain a deeper understanding of the city’s rich history and culture.
It was an interesting and meaningful journey indeed. 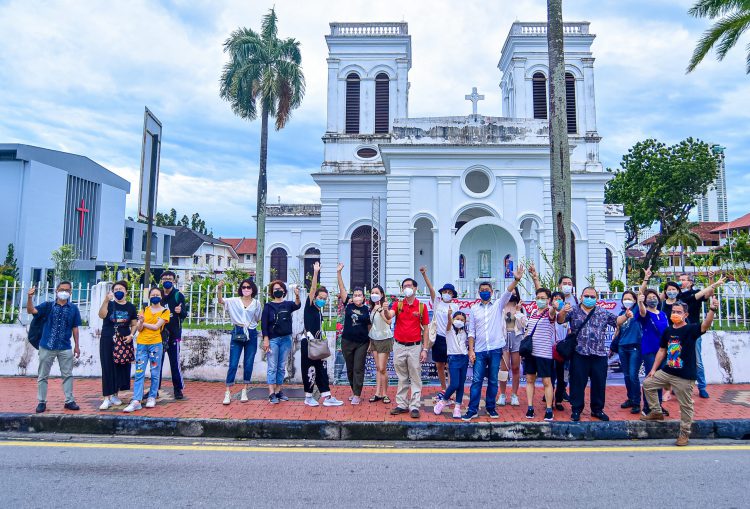 Earlier history could be traced back to the Hakka Chinese migrants (the Teohs, Khoos and Behs) in 1745 and Captain Francis Light, the first Superintendent of Penang in 1786. After that, there was Cheong Fatt Tze, the richest man in South-East Asia at the time, who was appointed vice-consul of the Qing Dynasty in Penang in 1890.

Of course, there’s also Dr Sun Yat-Sen, who made Penang his overseas revolutionary base in 1910.

Collectively, these great people’s lives and stories make up almost 300 years of Penang’s history. Of course, let’s not forget all the historical icons from other races too; everyone’s contributions made a difference.

As foreign visitors are still not allowed into our country for tourism purposes, let us take this time to discover or even rediscover all the wonderful old stories that the tiny alleys and lanes in Penang have to tell.

Ooi Bok Kim, a Penang-born architect and antiquities expert, took 26 of us “tourists” along three historical walking trails: Through the colonial government-related buildings, George Town’s migration zone, and the intangible heritage zone. Each trail took about two to three hours to cover.

We felt like we were travelling back in time, back to the colonial days as we tried to gain a deeper understanding of the city’s rich history and culture. It was an interesting and meaningful journey indeed.

Pointing at the enormous 68-storey office tower spanning across 11ha, Ooi said, “Although this massive building is the most recognisable landmark in Penang, unfortunately hundreds of old shophouses that were more than 200 years old, flanking four major roads here, were bulldozed for its construction.

“The worst thing is that this tower is architecturally a complete mismatch of the surrounding old townscape. It’s both glaring and disheartening!” Ooi, of course, was speaking of Komtar Tower.

In the late 1970s, many people in Penang took to the streets to protest the construction of Komtar, creating a unique opportunity for the protection of the city’s heritage buildings. These heritage enthusiasts, architects and other professionals teamed up with the local civic society and entrepreneurs to set up countless associations for the preservation of Penang’s heritage buildings. This was meant to safeguard every heritage brick-and-mortar shop along all the streets in their beloved city, so that its priceless and meaningful legacies could be preserved.

Thanks to their unrelenting efforts, some 5,000 structures that were erected around the colonial times, including residential houses, temples, churches, mosques, government buildings, schools, sculptures, road signs, clan jetties and old commercial signboards, have survived to this day.

Next on their agenda was to get Penang listed as a Unesco World Heritage Site, which finally became a reality in 2008.

So, the people of Penang deserve to be proud of their city because of the exceptional achievements and efforts of these wonderful guardians of heritage.

That’s not all. Because of their tireless work, we too got to experience and feel the intrinsic beauty of the city. Numerous dilapidated colonial mansions, villas, humble residential houses, and temples have been restored to their former glory and given a new lease of life by local Penangites, including Christopher Ong, a Penang-born Baba. Ong had initially moved to Australia and worked as an investment banker, but returned to Penang in 2007 to begin his new passion in preserving heritage buildings, and the hotel industry.

Ong has spent quite a fortune locating and acquiring genuine Baba Nyonya antiques from all over the world, which he believes should remain within Penang’s Baba-Nyonya community. He also believes in preserving traditional Baba Nyonya recipes.

There are plenty of private museums in Penang like the Pinang Peranakan Mansion and Colonial Penang Museum that visitors can check out to learn more about the state’s history. These museums showcase authentic pieces of antiques and material, many of which were passed down from generation to generation. That’s why I always say that the Penang lang are such a blessed lot!

The trishaw has witnessed the past and present days of Penang. 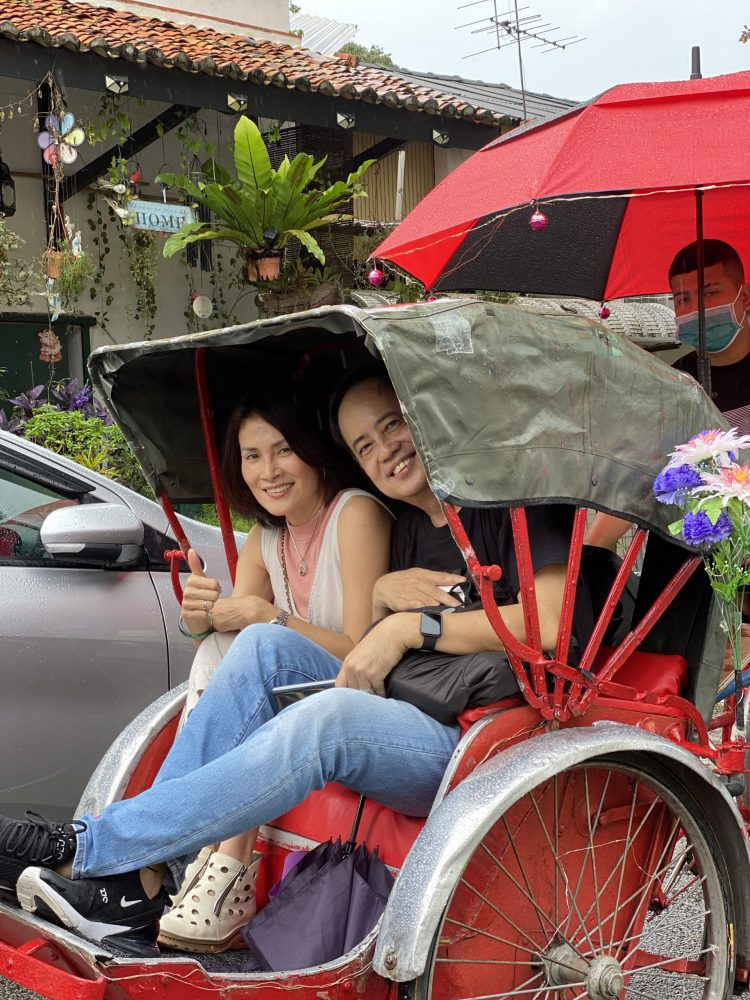 Strolling along the streets of George Town, appreciating a Unesco World Heritage Site with a restorationist proved to be a fruitful intellectual journey. 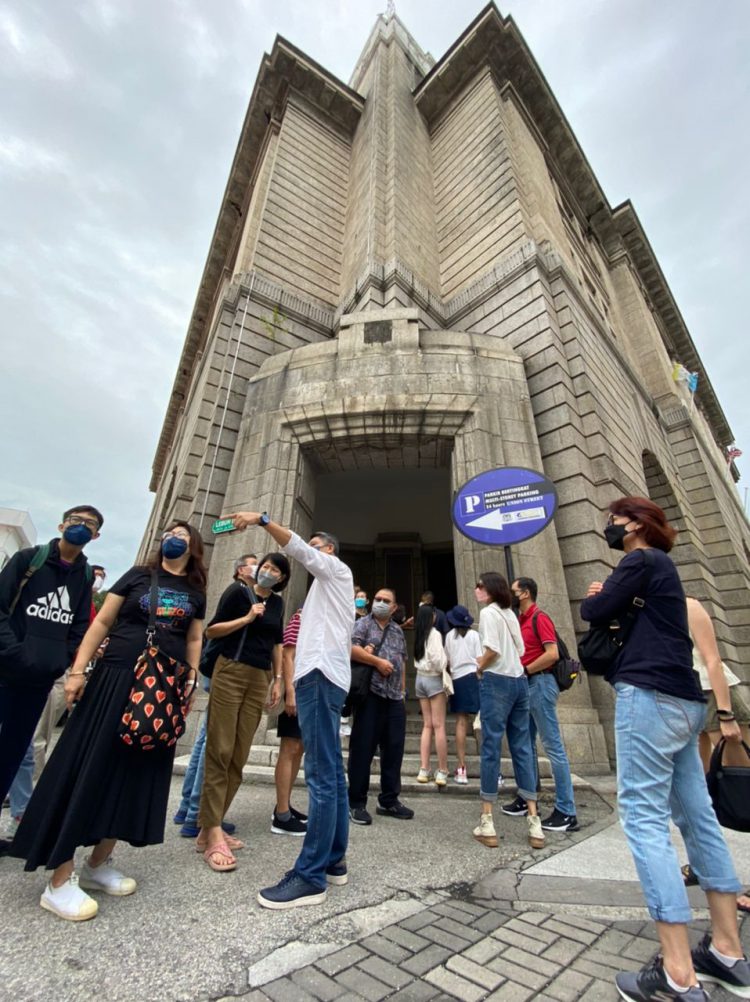 For example, early that morning, we visited the 211-year-old Thai Pak Koong Temple in King Street and its committee chairman and members were waiting to greet us, with a big smile on their faces. The temple had just won the 2021 Unesco Asia Pacific Awards for Cultural Heritage Conservation!

Indeed, this award couldn’t have come at a better time. From what we know, three other heritage buildings in Penang have previously received the award, namely Cheong Fatt Tze Mansion (2000), Han Jiang Ancestral Temple (2006) and Suffolk House (2008). Many other old buildings are currently being restored.

This explains why Penang has seen such a large congregation of architects and professional restorers. 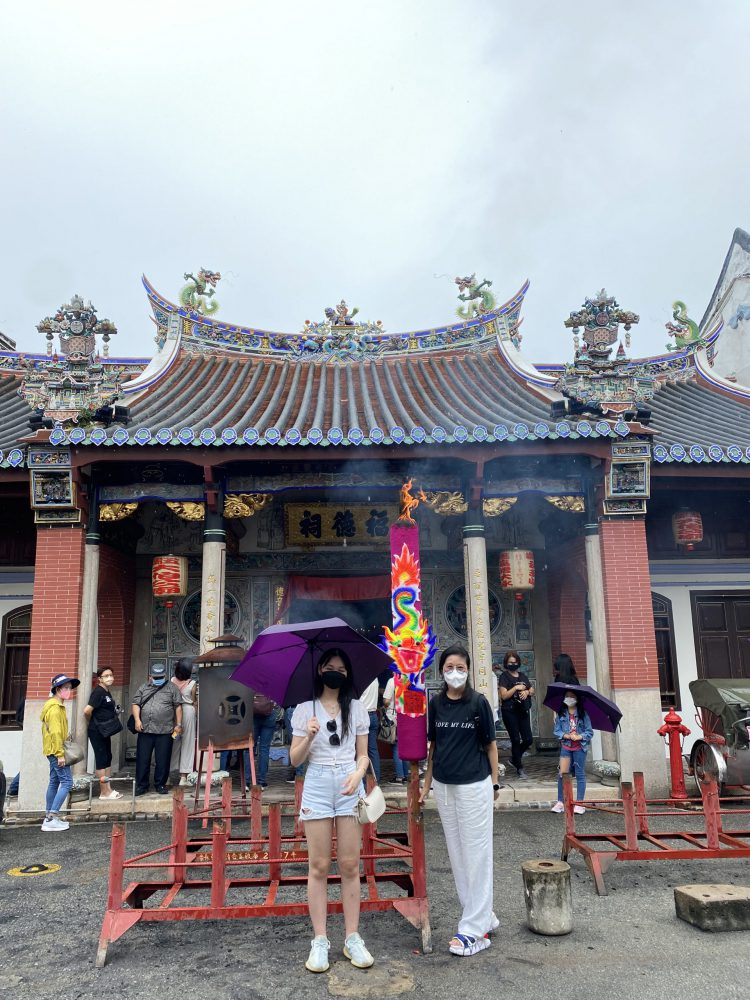 Today, Penang is a lot more than just a foodie’s paradise, it is where you’d go to learn and appreciate a part of the country’s history.

Ooi also told us that all food stalls in Penang are required by law to hire only local cooks in a bid to ensure that authentic flavours are preserved too. This is a good thing as the Penang cuisine has been highlighted in many international documentaries and reports, so it is only right that we preserve its authenticity.

During this latest trip to Penang, we skipped all the major tourist spots and instead met up with the unsung heroes of Penang who have made the island such a wonderful place. It was definitely worth it.

Blue Mansion was built in the 1880’s by one of the most powerful Chinese trading and shipping tycoons, Cheong Fatt Tze.
He was also once regarded as the richest man in Southeast Asia at the time. 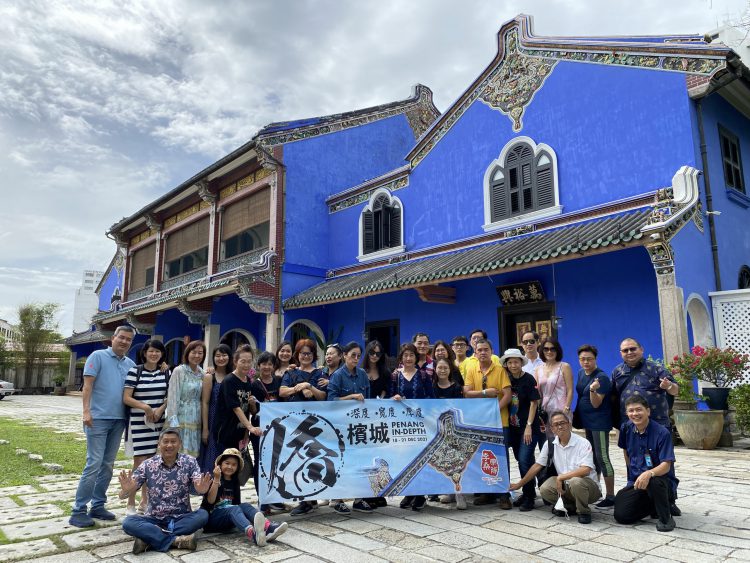 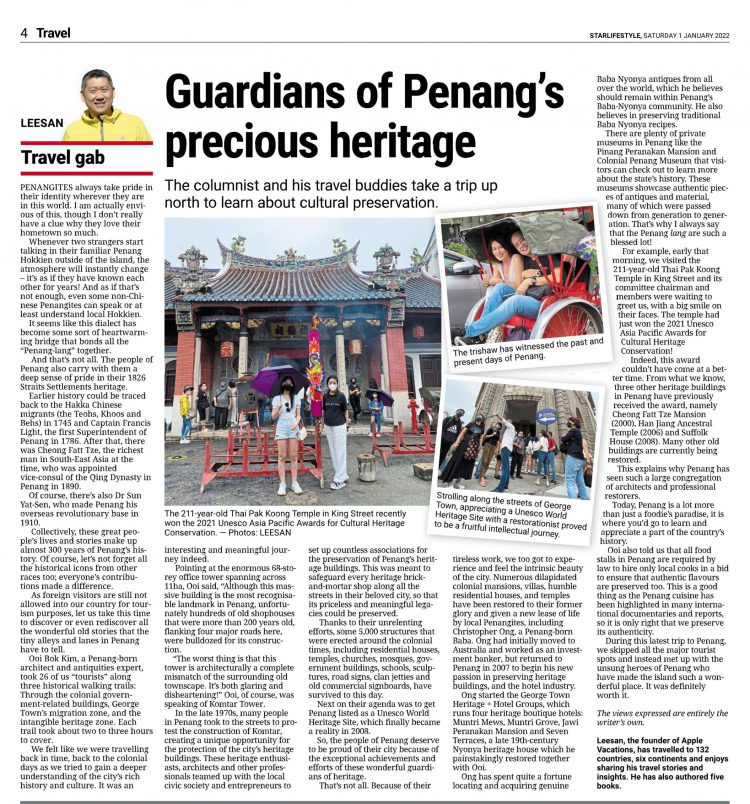