Back alleys, when developed properly, can be a thriving hub for locals and tourists alike.

I have always loved strolling around the backstreets and alleys of Japan. When you visit Shibuya, Shimokitazawa and Jiyugaoka, weren’t you impressed by their back alleys?

As a result, the stores facing the back streets are covered with sunshades and rain covers, which are the most popular and prosperous shopping streets in Japan today. The best examples here are Osaka Shinsaibashi and Kyoto Shijo Kawara Street.

The alleys in Japan are clean and comfortable.

The back alleys of Hokkaido, Fukuoka and Shinjuku are filled with many bars, snack shops, convenience stores and small hotels. The best part is, you’ll find locals hanging around with their colleagues after work to have a glass (or two) of Kirin beer, some yakitori and even a bowl of hot ramen.

The alleys in Japan are clean and comfortable. 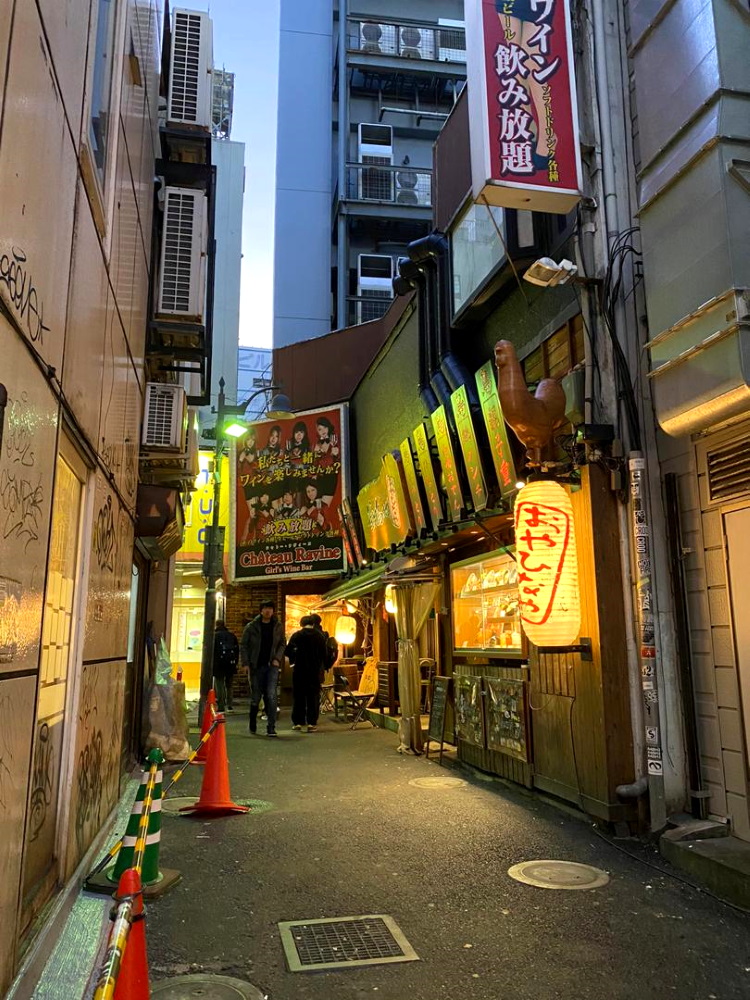 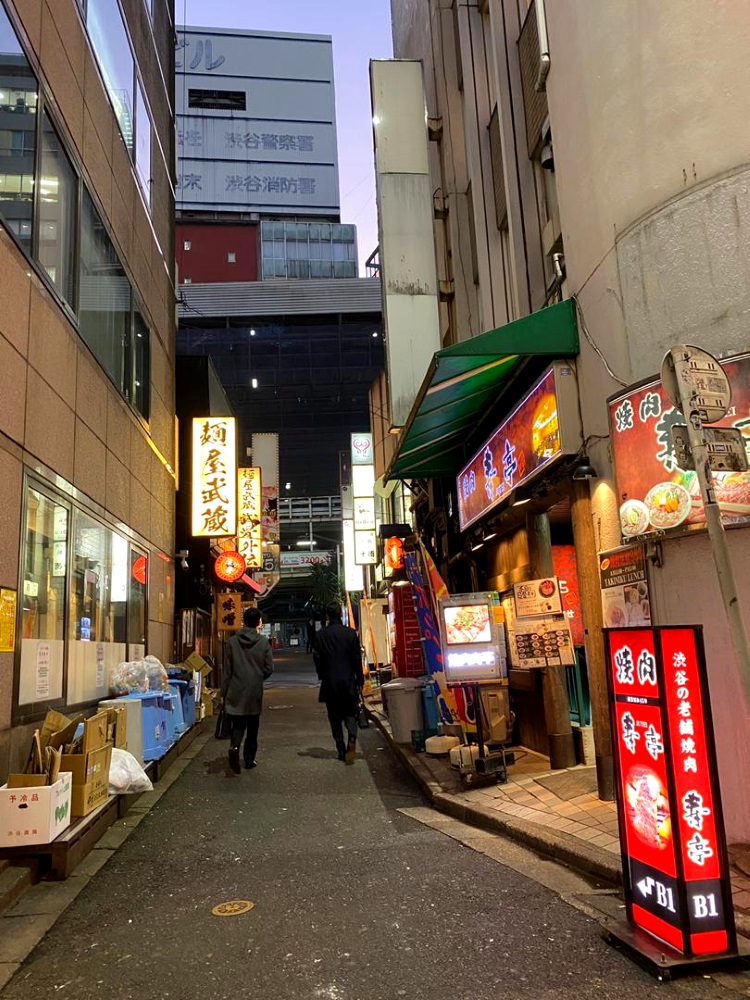 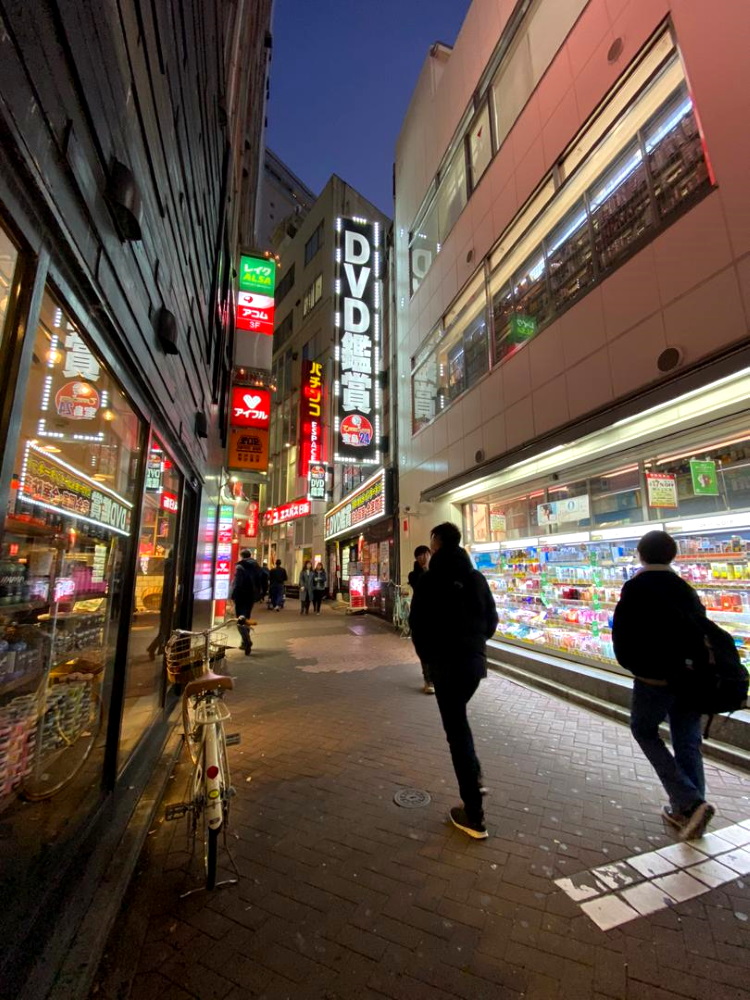 In fact, these clean and neat back alleys are attractive to tourists as they offer a glimpse of local culture. Moreover, the rentals are relatively low, enabling the sustainability of the businesses. This has been cheekily referred to as ‘backstreet economics’.

A friend of mine from Taipei’s Zhongxiao road once told me that backstreets are a diverse life circle. Whenever the garbage truck comes around, the place turns into a momentary chatting ground; a certainly heart-warming sight!

Taipei is not lagging behind when it comes to keeping their back alleys cool. 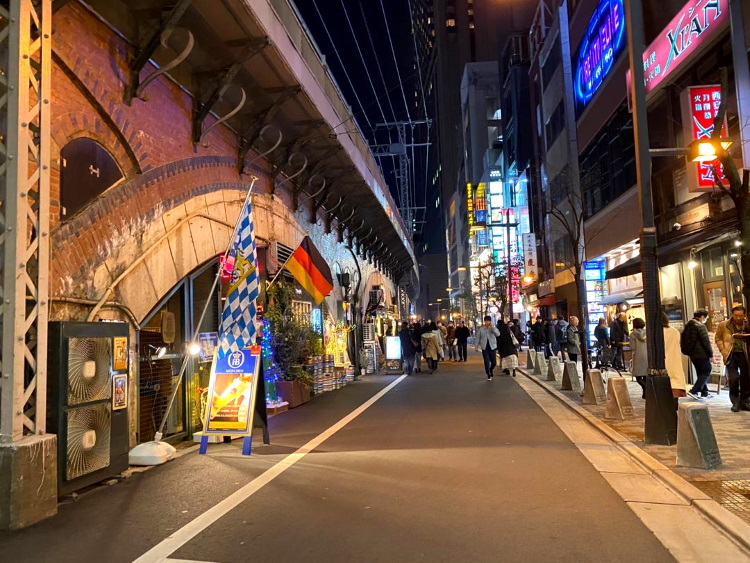 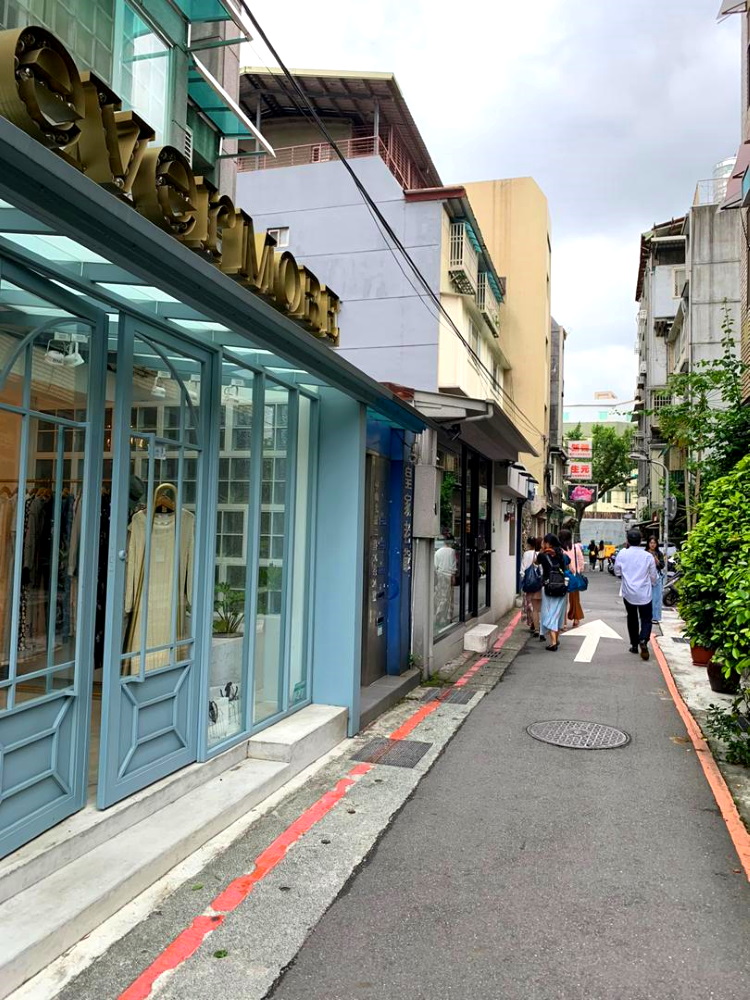 Many governments in this region are actively creating economic benefits within its cities’ back lanes. In Singapore, the backstreet of Bugis has now become an orderly and lively “Middle East Food Street”.

Therefore, governmental urban planning experts are concerned with integrating with the community to create economic benefits in the city’s back lanes! Closer to home, Kuala Lumpur will certainly benefit from having well-planned, clean, comfortable and safe backstreets.

I understand DBKL is currently beautifying and upgrading some areas in downtown KL, such as within Bukit Bintang and Jalan Alor. Works will be carried out in phases, where the first step involves repainting old buildings with colourful murals, paving walkways, upgrading drainage and piping as well as relocating streetlight poles and cables. This is a good start, no doubt, but there’s also a possibility that it will end up as a breeding ground for rats, garbage bugs and even drug addicts!

There is still a long way to go to make the backstreets in KL beautiful. 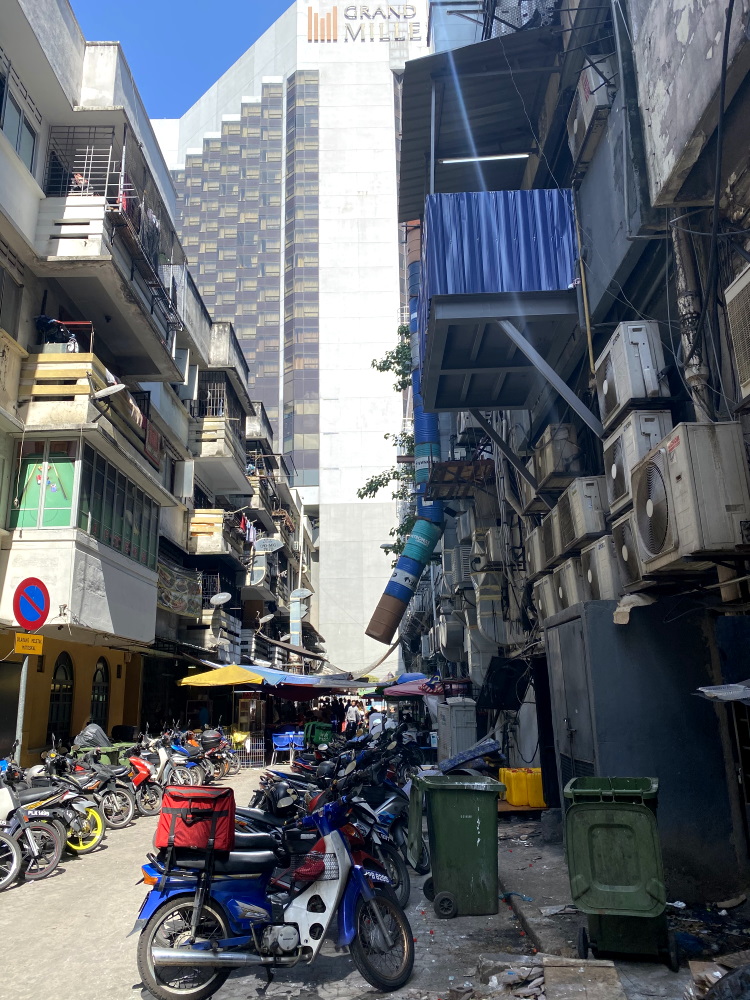 Apart from budget allocation, the development and success of the back alleys depend on proper enforcement and comprehensive planning. An example of good partnership between city council and business owner can be seen in the back alleys of Kuta and Legian in Bali Indonesia.

In Bangkok, the culture of maintaining good back alleys is also apparent. The alleys in the Land of Smiles are always so clean, tidy and full of people. I’m amazed by the level of civic consciousness among the Thais. The streets are so clean that there are hardly any litter bins and street sweepers found. At the same time, the street cleaners maintain a good relationship with the food stall owners around the area, helping and supporting each other to build a ‘back-alley economy’ together.

Densely populated cities tend to make good use of their back alleys. In London, Hong Kong, Seoul, Spain and Portugal, a 4,000 sqm piece of land could easily have a block of 15 to 20 storey residences with multi-storey parking lots, while making efficient use of available spaces between the buildings. There are usually stores and market places at the back alley, lending it a lively atmosphere.

“Actually, our Malaysian construction skills and technology are BOLEH too. However, it is DBKL’s policy that prevents us from doing so!” a renowned architect repeatedly emphasized.

This proves that our land can be well planned and fully utilised. The concrete city can also be a wonderful home for many. Unfortunately, it seems as though we are going backwards in KL.

The situation in KL’s back alleys – such as in areas like Imbi, Central South, Jalan Alor, Jalan Ipoh and Cheras – leave much to be desired for. I always caution others to be careful so as not to accidentally step on the potholes; or being splashed by the dirt water from the roadside puddles; or being hit by trash thrown from the high-rise apartment.

Very often due to gangsterism and corrupt officials, the backlanes become a sanctuary for illegal construction, criminals, drug addicts, rat breeding grounds, garbage, diseases, illegal parking extortion, and snatch thefts. Are these terms to continue being synonymous with the backstreets of KL?

From a tourism perspective, the backstreets of Bukit Bintang is an ideal area to be developed. Unfortunately, all these areas are still pending action from DBKL. KL, with a total area of 240 sqkm, has six areas but with different planning and development in each area.

Before the change of government, KL was neglected by the city hall due to the difference in political alliance. Even though KL is now an area under the ruling party, somehow the local citizens are still being ignored. At the least, the roads have to be paved sans potholes and the roadsides cleared of rubbish. Otherwise, how could KL live up to its name as an international capital city?

The views expressed are entirely the writer’s own.
Published in STAR 2, 14 Dec 2019 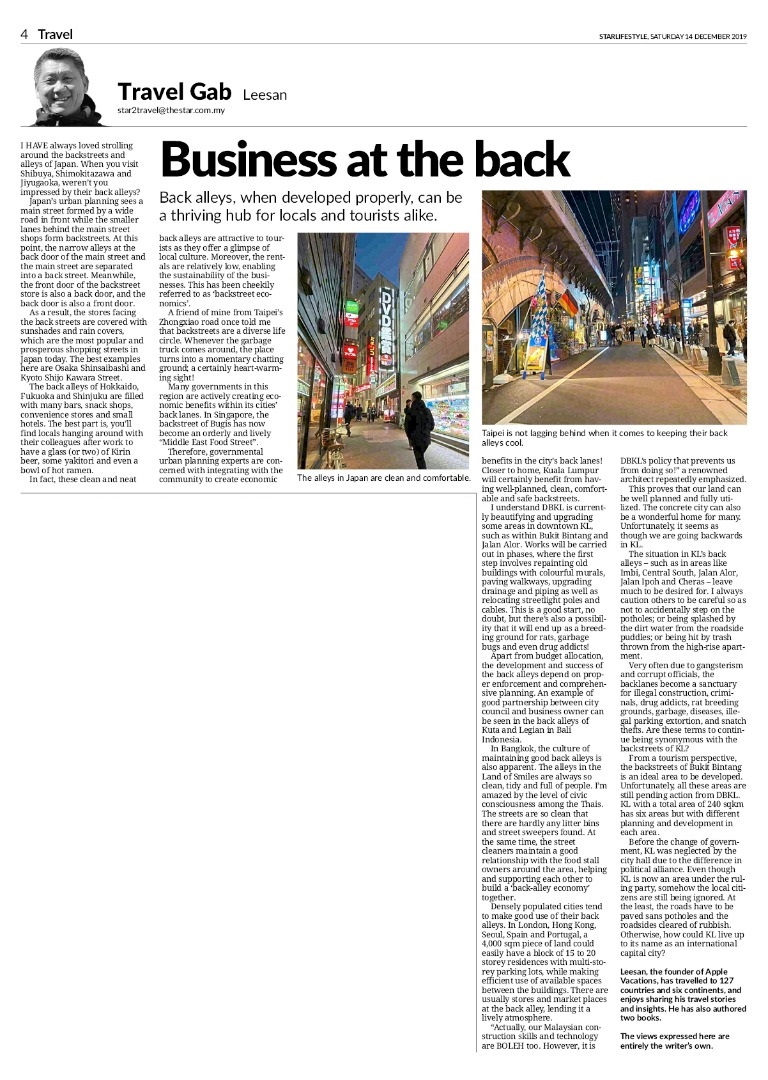 To our new Minister of Tourism: concerns as within, so without