Rising from the ashes – by leesan

Rising from the ashes – by leesan

The columnist is inspired by the miraculous transformation of South Korea, during a recent visit to the country.

“MADE in Korea” brands such as Samsung, Hyundai, LG, Kia and Lotte are household names the world over. These brands have emerged triumphant in the highly competitive global manufacturing environment.

While on a recent trip to South Korea, our guides Wang and Park gave us a brief round-up of the country’s meteoric rise as an economic powerhouse. South Korea is currently in the leading position in world economy be it in shipbuilding, construction of skyscrapers and enormous bridges, or in the electronic and smartphone industries. And not forgetting, the K-beauty world.

“We are now the world’s fifth largest carmaker and our plastic surgeons are some of the most trusted among young women worldwide,” said one of the guides. 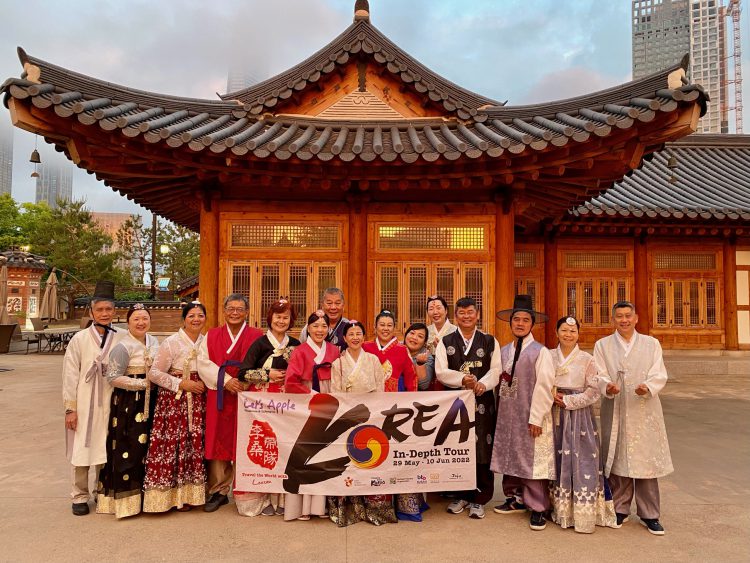 The travel buddies wearing hanbok, the traditional attire of the Koreans, at a cultural village near Seoul.-Photos:Apple Vacations

South Korea was a derelict and impoverished country soon after the Korean War ended in 1953. It was subsequently plagued by countless political upheavals as well as civic protests. So what exactly has contributed to the country’s amazing transformation? The biggest factor is none other than the people’s unbelievable commitment to hard work as well as their love for their motherland.

Any talk of South Korea’s rise cannot go without mentioning its late president Park Chung-Hee, whose tenure from 1960 to 1978 marked a determined turning point in the country’s development. He resolutely initiated a national policy, the New Life Movement, to industrialise the country, boost its industrial output, promote exports and create more job opportunities for the people.

Because of all this, South Koreans enjoyed rapid per capita income growth and enviably affluent living standards. They picked up new electrical appliances and lavish apartments, and embraced the modern life like never before, as a sure way to spearhead domestic consumption.

Unfortunately, Park was later assassinated but we cannot deny that he remains very much one of the most respected leaders among South Koreans to this day.

His daughter Park Geun-Hye was elected as the country’s 18th and only female president in 2013. She served until 2017, and was impeached that year following a huge corruption scandal, which resulted in her being sentenced to 22 years of imprisonment in 2018. She was pardoned late last year by South Korea’s then president, Moon Jae In (he served until May this year). Park’s rise to presidency was a significant boost to women in a traditionally patriarchal society.

Even though Korean society is, on the surface, very male-centric, South Korean men are generally very appreciative of the selfless contributions of their mothers and wives, especially where education and home care are concerned. Because of this, most men do not let their wives work after they are married, and would willingly surrender their monthly pay cheques to their wives.

Interestingly, Korean familial relations are still very much established upon Confucian teachings, as they continue to uphold mutual respect in their day-to-day lives.

Our guide Wang explained: “You will only have a prosperous career if you have a harmonious family. So, the men are usually the ones who go out to work while their wives take care of everything at home. Everyone is doing their part for the house and nation, and it is such commitment that has laid a strong foundation for the country’s phenomenal economic development.” 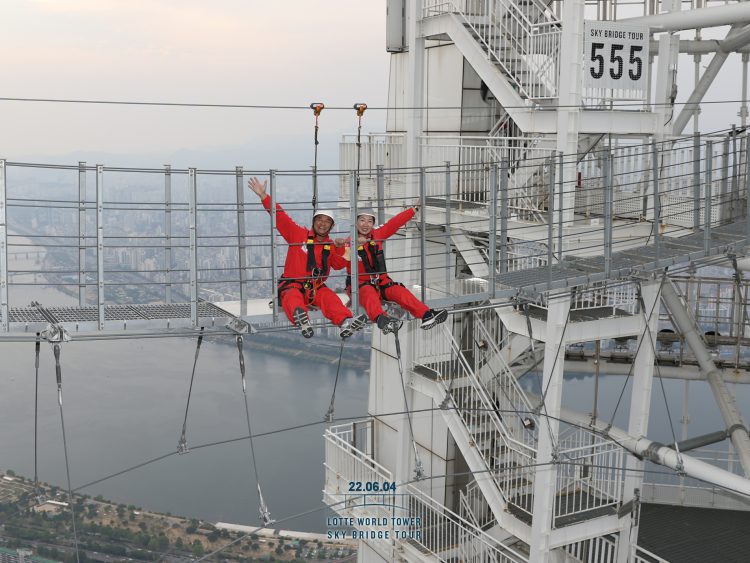 The writer checked out the 555m-high Seoul Sky Bridge. 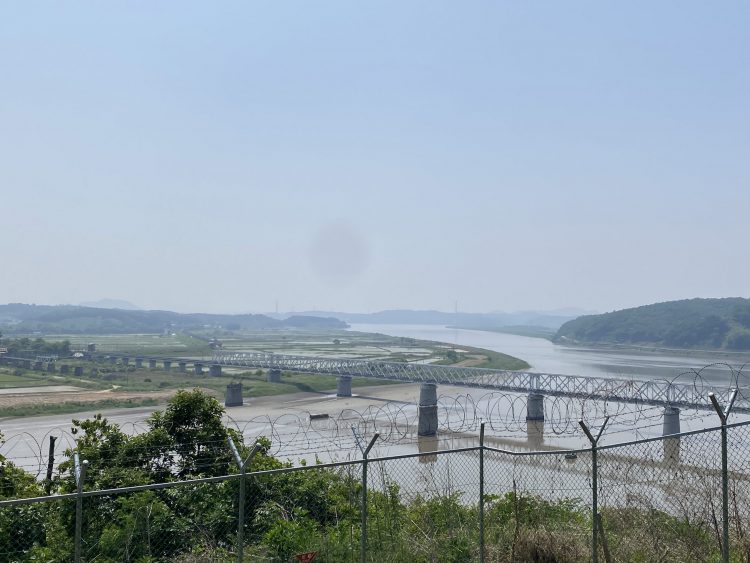 You might still recall the 1998 Asian financial crisis which saw both Thailand and South Korea badly bruised, although it only took the latter 18 months to fully recover. Call it a miracle or something, but did you ever think about how they ever managed to bounce back so quickly?

Not many of us know that during that time, the women in South Korea stood united as a nation, and worked together to boost the economy. It is said that they took all their jewellery and donated them to the treasury in order to help the country weather its worst economic crisis in modern times.

After several years, the government kept its promise and returned all the “contributed” money to the people.

It is because of such an incredible display of patriotism among its people that South Korea has safely sailed past many turmoils and uncertainties through the years, ensuring that the country would always continue to forge ahead.

The successful hosting of the 1988 Summer Olympics in Seoul and the 2002 FIFA World Cup speak volumes of the country’s exceptional organisational efficiency. Its second city Busan is currently bidding for the 2030 World Expo. I hope they get it!

The Koreans are truly awesome people. Other than physical infrastructure, they also excel in “soft power” which has sent the world crazy.

Remember PSY’s Gangnam Style? First we had K-pop dances that sparked off a global mania for anything Korean in the entertainment world. There were TV dramas like Dae Jang Geum, Winter Sonata, and more recently Squid Game (streamed in 96 countries worldwide), as well as K-pop idols like BTS and Blackpink. Together, they have helped reel in trillions of foreign dollars to fatten the country’s coffers.

The Hallyu wave is still very much on today and there seems to be no sign of it subsiding any time soon. Many foreign tourists have travelled to the country in the hopes of seeing a Korean celebrity, or just to visit some of the places that have appeared in their favourite K-dramas or movies.

During our trip to Seoul, we appeared on local TV as we were the first foreign tourist group to enter South Korea post lockdown. We had a totally enjoyable immersive South Korean experience throughout our 13-day trip, as we came to appreciate first-hand the miraculous rise of the country. Of course, we couldn’t help but contribute to the country’s economy by buying “souvenirs” like the fabulous Korean ginseng, cosmetics, facial masks and the authentic KF94 face masks!

(It is interesting to note that South Korea has never enforced any form of national lockdowns since the pandemic began, while dining-in had always been allowed in restaurants. Domestic demand remains robust for this country of 50 million people.) 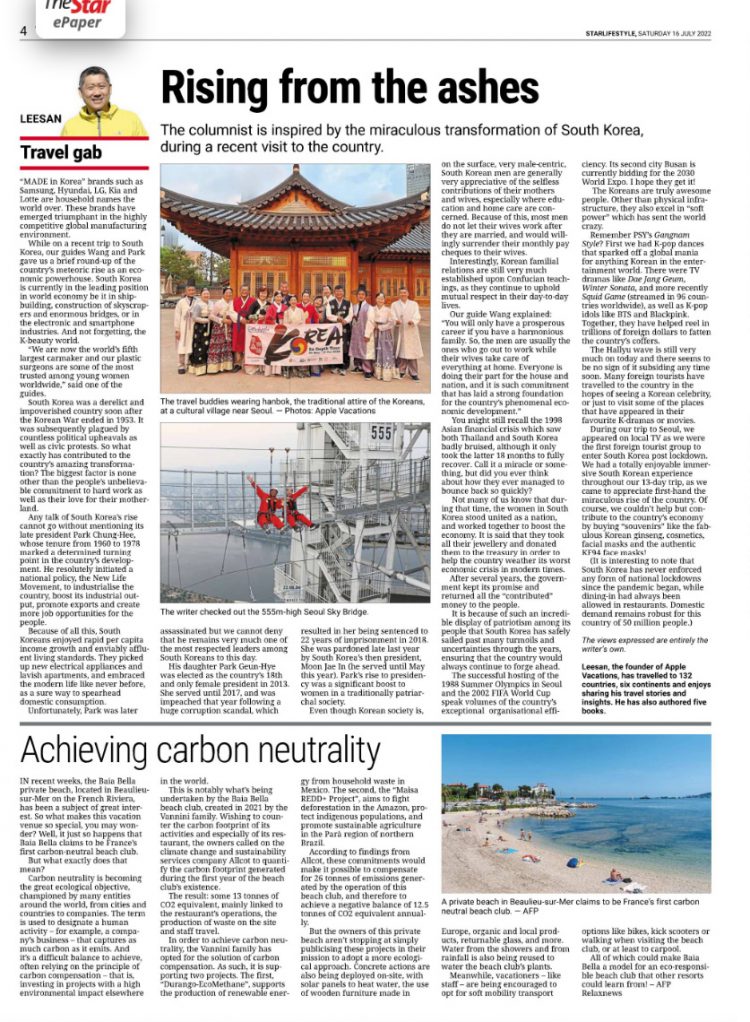