Going to Antarctica is like reaching the southernmost world, literally the world’s end. Yearly, about 2000 tourists visit the Antarctic continent. 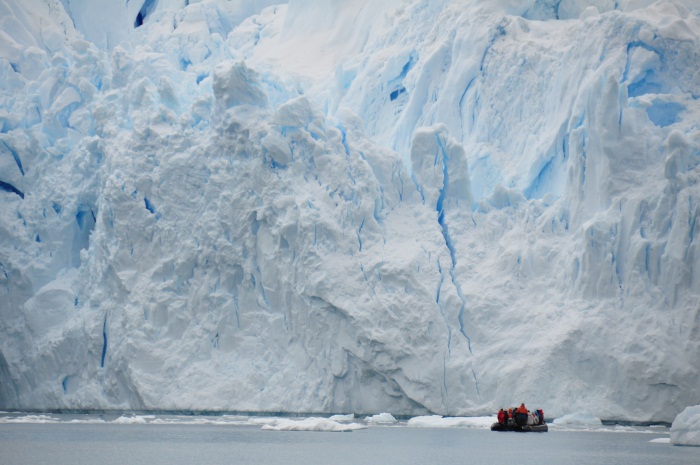 Going to Antarctica is like reaching the southernmost world, literally the world’s end. Yearly, about 2000 tourists visit the Antarctic continent.

Although there are limited places for tourists to land and visit in Antarctica, there is more than enough to satisfy those who love in-depth thematic tours like me.

Together with 68 people from 21 countries, we landed on the Antarctica Peninsular south 62 degrees, completing the unprecedented in-depth thematic dream experience. 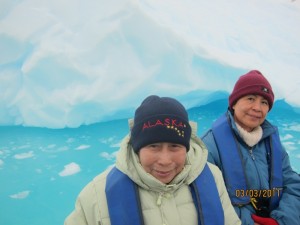 Madam Chai is 70 years old this year and she’s already visited all six continents of the world. Madam Chai and her good friend, Sister Lian who is 60 years old waited three years for their dream to visit the Antarctica to come true. They like to say this,” How many ten years do we have in our lifetime?” They were the first two to register for this most expensive tour ever organized by Lee San. Indeed, visiting the Antarctica is the dream to many.

In fact, to many of those who have visited the Antarctica, the biggest reward is not just being able to come in close contact with tens of thousands of penguins and seals, but also experiencing Antarctica in person. There, you can see and learn in person, all about the polar region. 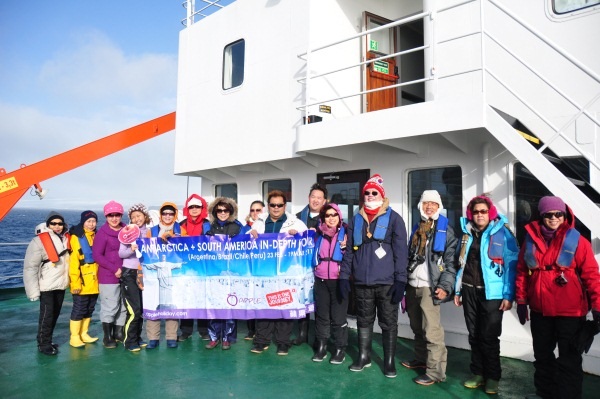 • Antarctica is the earth’s southernmost continent.
• Antarctica covers about 14.051 million km2, which is 10% of the total land cover of the earth.
• There is only 0.4% of the land not covered with ice sheets, and rocks are revealed in certain areas when the ice sheets melt during the summer.
• 98% of the surface of Antarctica is covered by ice sheets formed in centuries. (The highest is 4300 m, with an average thickness of 2160m).
• The ice sheet is about 30 million km3, taking up 90% of the total ice cover of the earth. (Another 10% goes to the Greenland)
• If all the ice in Antarctica melted, sea levels would rise about 65m and immediately flood all the ports and coastal cities of the world.
• Antarctica covers from south latitude 60° south to the mainland and the surrounding islands, making it the 5th – largest continent among the 7 continents (larger than Europe and Oceania).
• The geography of Antarctica includes mountains, volcanoes, highlands, and glaciers with an average of sea levels of 2350m. The highest peak is Vinson Massif 4897m with mountains ranges as long as 3500km.
• Antarctica is the coldest place on earth with the strongest and most occurrences of storms and hurricanes.
• The Antarctica is 1.5 times as large as the States, 1.46 times as large as China and 1.83 times as large as Australia. 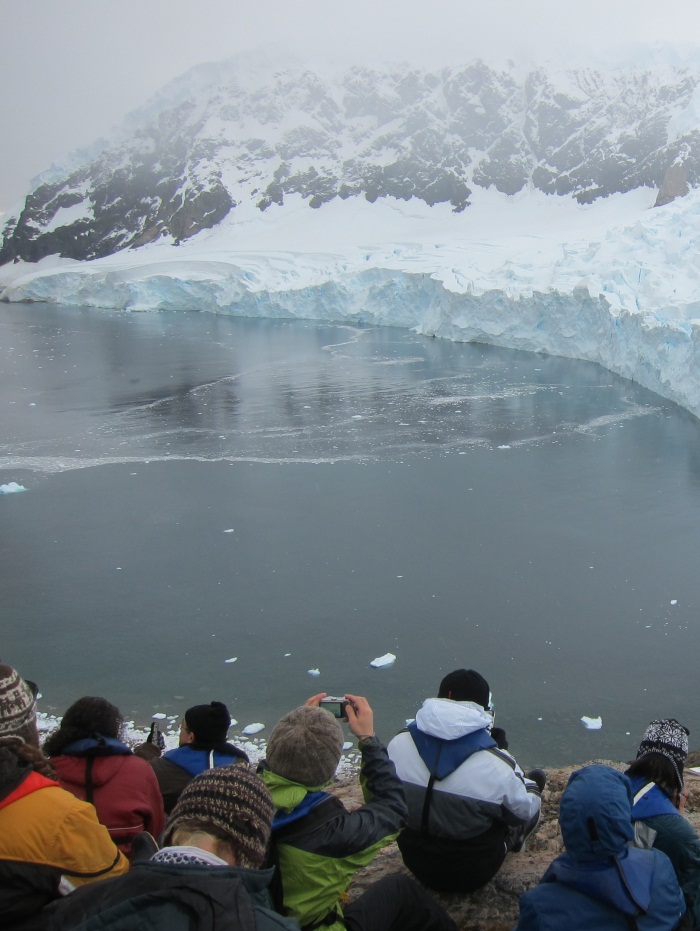 Visiting the Antarctica is the dream to many. 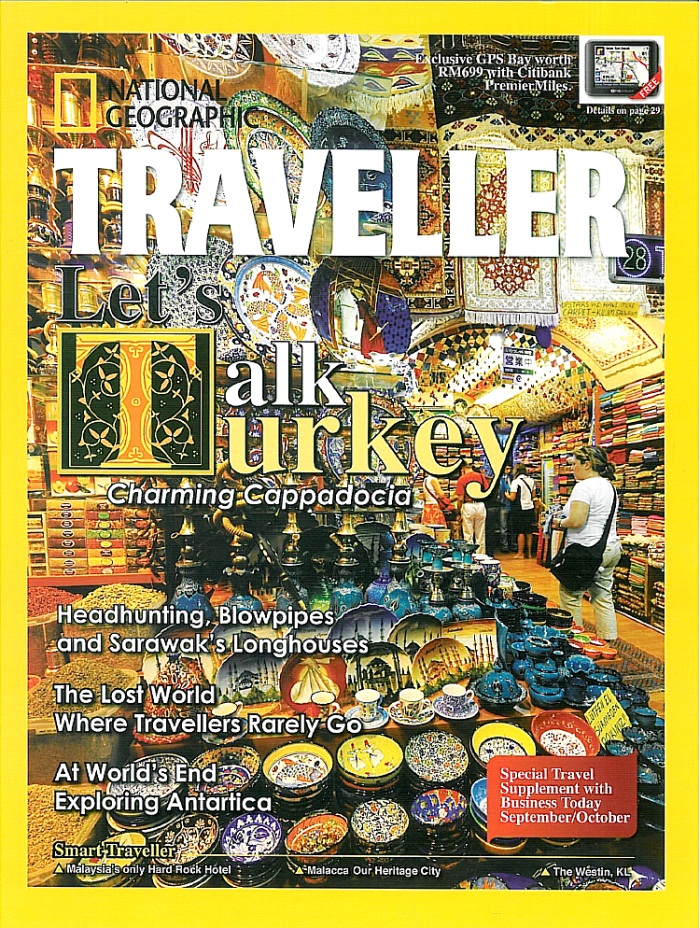 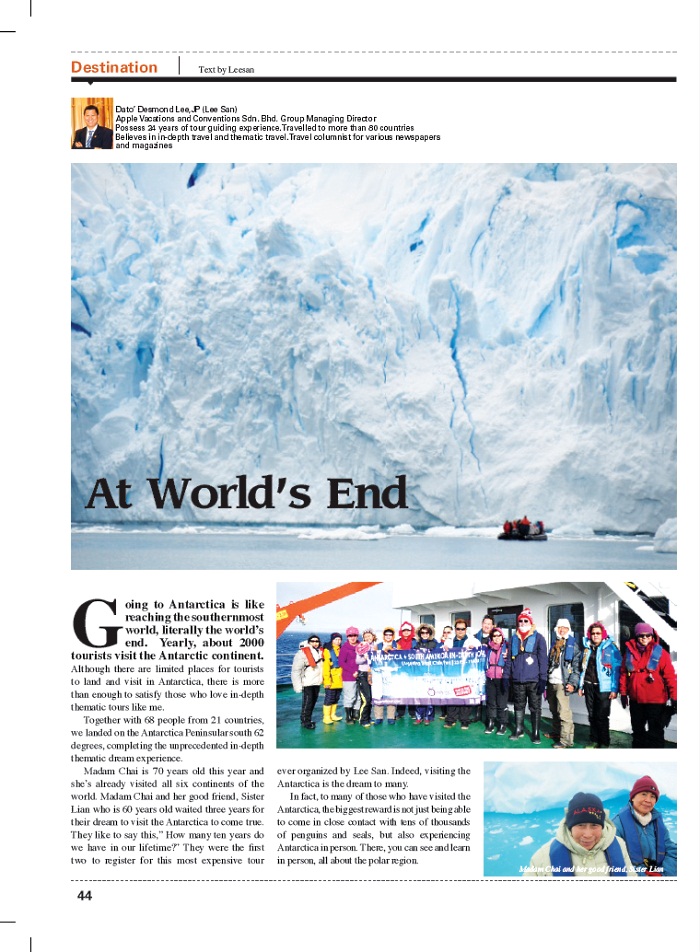 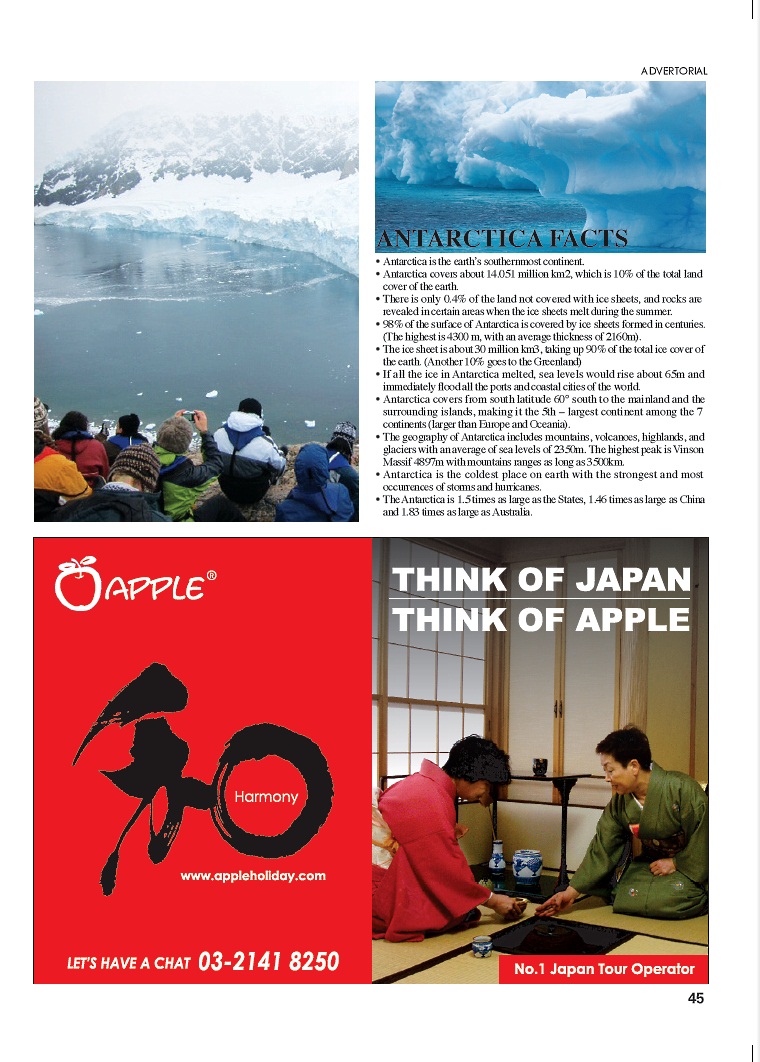