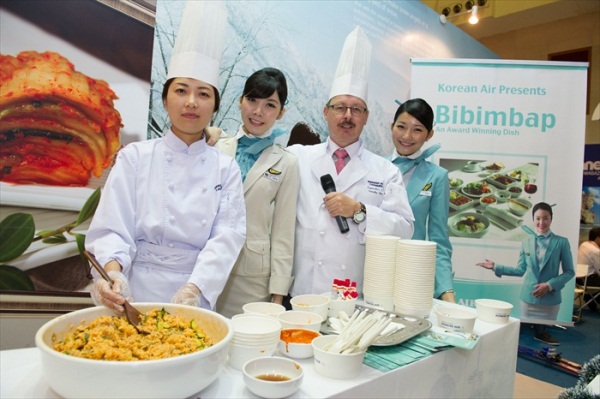 In cooperation with Korea Tourism Organization, Korean Air held an inflight meal cooking event at MATTA Fair 2012, introducing its traditional Korean inflight meal “Bibimbap” to thousands of visitors. Bibimbap is one of the most popular Korean dishes, which is made of white rice topped with vegetables, beef and Gochujang (chili pepper paste).

At the event, a Korean chef who specializes in traditional Korean dishes, showed how to cook Bibimbap and an executive Swiss chef explained the origin of the Bibimbap and details of the recipe. Also, select visitors had chances to participate in the cooking show and to mix the Bibimbap by following instructions from the chefs. After the show, Bibimbap was served to all visitors by Korean Air’s flight attendants. 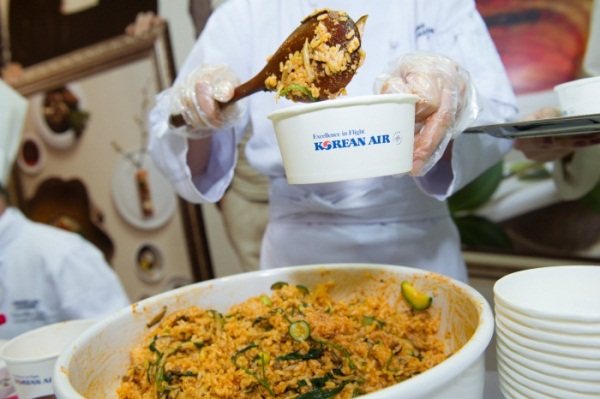 One of Korea's signature meal, "Bibimbap". 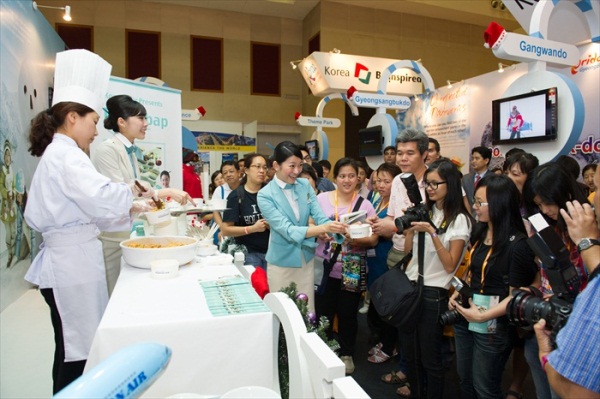 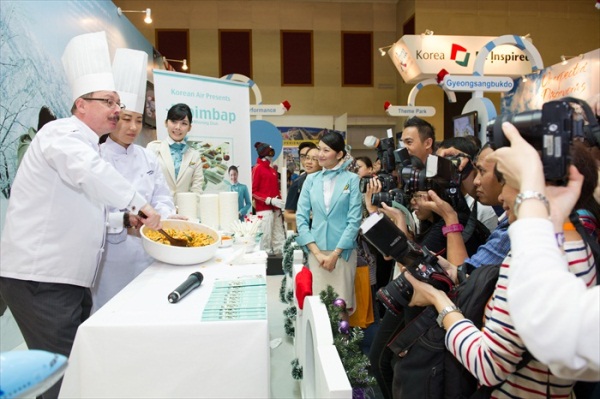 A part from the Bibimbap, Korean Air also introduced another popular Korean dish “Samgyechim”, Ginseng chicken stew similar to the popular Korean traditional dish of “Samgyetang”, Ginseng chicken soup which is traditionally served in the summer for its provision of nutrients, which replace those lost through excessive sweating and physical exertion during the hot summers in Korea. In order to serve Samgyechim inflight, Korean Air serves mouthful sized pieces of chicken with its traditional sauce on top of rice. Additionally, as it consists of healthy ingredients such as ginseng, chestnut and jujube, “Samgyechim” is loved by not only Korean passengers but also passengers from all over the world.

The reason why Korean Air held a traditional Korean inflight meal cooking show at the MATTA Fair this year was to introduce Korean culture to the world in its role as a “Korean Cultural Ambassador” and to strengthen its position in the Malaysian market. Korean Air currently operates daily flights from Kuala Lumpur to Seoul/Incheon and during the winter peak season it will periodically add extra flights on the route to provide Malaysian customers with convenient air travel schedules and service. With the increased capacity, traveling from Kuala Lumpur to the Americas, China and Japan is expected to be more hassle-free with transfer via the award winning Seoul/Incheon International Airport.

Korean Air is the first airline that started serving Bibimbap as an inflight meal and received the prestigious Mercury Award from IFCA (International Flight Catering Association) in 1998. As a Korean cultural ambassador, the airline has been participating in renowned world travel fairs held in various cities such as Berlin, Madrid, Tokyo, Hong Kong, Shanghai and Auckland. Korean Air will continue its efforts to promote Korean culture and taste to the world.

仙台的复苏之路（Road of Recovery of Sendai）