Apple Group of Companies group managing director Datuk Seri Lee Ee Hoe received the decoration of the “Order of the Rising Sun, Gold and Silver Rays” granted by the Emperor of Japan. 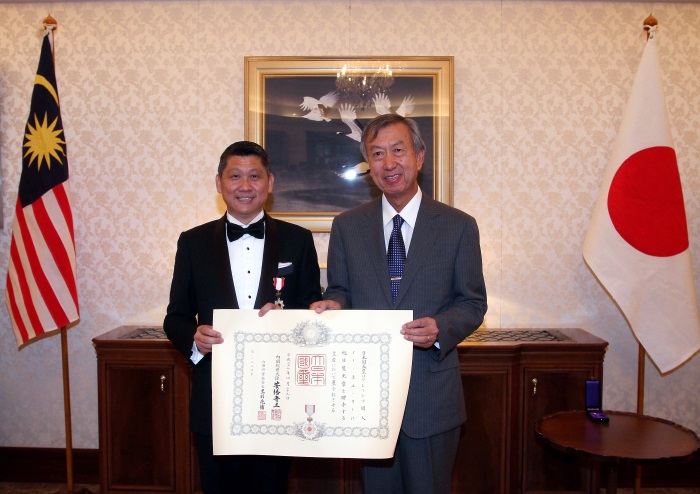 A pioneer in promoting Japan’s tourism to Malaysia was recognised with a prestigious honour here in Kuala Lumpur.

Apple Group of Companies group managing director Datuk Seri Lee Ee Hoe received the decoration of the “Order of the Rising Sun, Gold and Silver Rays” granted by the Emperor of Japan.

Japanese ambassador to Malaysia Dr Makio Miyagawa presented the honour on behalf of the Government of Japan.

The recognition was for Lee’s longstanding contributions in the development and promotion of tourism between Japan and Malaysia.

Miyagawa expressed his appreciation and congratulations to Lee, adding that it was a well-deserved honour.

Lee’s brush with Japan began when he studied international economics at the Tokyo International University under the Look East Policy by the Government.

He added that there was more to sightseeing to Japan and that visitors had a lot to learn from them.

“Japan is not just a destination but a journey,” he said.