As part of every travel agency’s Standard Operating Procedure (SOP) when handling tours, a company’s assigned tour leader (TL) has to personally get in touch with members of his travelling group at least one week before departing for a trip.

There’s more to a tour leader’s job than to just wave tiny flags around for their travel group to see. 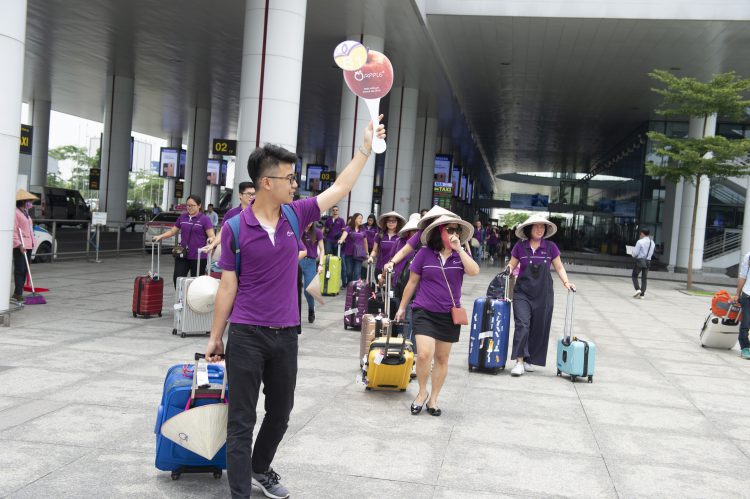 As part of every travel agency’s Standard Operating Procedure (SOP) when handling tours, a company’s assigned tour leader (TL) has to personally get in touch with members of his travelling group at least one week before departing for a trip.

During this time, the person would need to introduce himself, confirm all the important details and go through some schedules with the tour members – this is part of his duty as a TL. Apart from that, the TL would also need to do other things that may seem trivial to most of us like checking the weather forecast and the currency exchange rates, as well as reminding tour members to bring their passports and enough clothing.

It is important for the TL to find out each tour member’s dietary needs, too, as they would need to prepare the right meals during the trip.

At the airport check-in counter, the TL will help organise everyone’s luggage and tag them properly, check boarding passes and so on. In case a client gets a seat that is not ideal, the TL will be the one who negotiates with the airline staff or with other passengers on board. He also has to make sure everyone boards the plane before him – he will be the last person in the group to get into the cabin.

The TL then needs to see to it that all immigration cards are filled correctly to ensure a smooth clearance upon arrival.

Some people might not recognise the necessity of a tour leader and his services. They might think that a TL is just paid to enjoy the “holiday” and that they are not worth giving a tip to. But a TL is the most important travel companion for anyone joining a holiday tour group, even though their job seems insignificant.

In fact, even after handing the group over to local guides upon arrival at their destination, the TL is still responsible for every tour member’s well being. For example, he has to make sure that everyone else has had their meals before he can sit down and have a bite himself.

While you are relaxing in your room after a long day, the TL and the tour guide will discuss how the day went and review the next day’s itinerary, rearranging or rescheduling things if need be. Any emergencies like sudden illness or loss of passport will be dealt with by the TL.

And, not forgetting, it is usually the TL who is tasked with taking everyone’s pictures – the TL hardly has time to take photos of his own.

One challenge a TL always faces that not many people think about is seating arrangements during mealtimes. The TL needs to make sure that the people seated at the same table are able to communicate with one another so that no one feels left out or ill at ease.

Sometimes, you might come across an impatient tour member who would shout at tour leaders when things don’t go their way. These “trouble makers” would normally complain about the littlest things, like not being seated together on the plane or bus. There are those who are particularly fussy about what room numbers they get! It is the TL’s responsibility to defuse the situation and to handle things tactfully, without causing embarrassment to anyone. 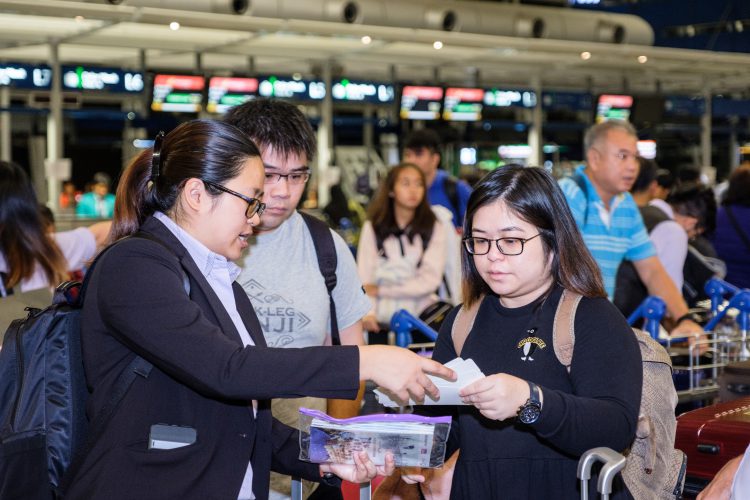 A tour leader’s job begins about one week before the designated trip and ends when everyone leaves the airport upon returning to their home country. – Gavin Goh 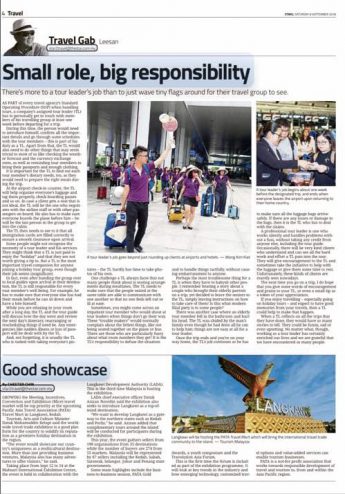 Perhaps the most troublesome thing for a TL is when they have to babysit other people. I remember hearing a story about a couple who brought their elderly parents on a trip, yet decided to leave the seniors to the TL, simply leaving instructions on how to take care of them! Is this what modern filial piety is to some people?

There was another case where an elderly tour member fell in the bathroom and hurt his head. The TL was chided by the man’s family even though he had done all he can to help him; things are not easy at all for a tour leader.

Once the trip ends and you’re on your way home, the TL’s job continues as he has to make sure all the luggage bags arrive safely. If there are any losses or damage to the bags, then it is the TL who has to deal with the claims.

A professional tour leader is one who works silently and handles problems without a fuss, without taking any credit from anyone else, including the tour guide. Occasionally, there will be very kind clients who understand and can see all the hard work and effort a TL puts into the tour. They will give encouragement to the TL and sometimes take the initiative to help with the luggage or give them some time to rest. Unfortunately, these kinds of clients are rearely seen nowadays.

The next time you go on a trip, I do hope that you give some words of encouragement and praise to your TL, or even a small tip as a token of your appreciation.

If you enjoy travelling – especially going on holiday tours – and expect to have good memories from your travels, then a TL could help to make that happen.

When a TL reflects on all the trips that they have done, they would have so many stories to tell. They could be funny, sad or even upsetting. No matter what, though, working as a tour leader has certainly enriched our lives and we are grateful that we have encountered so many people.