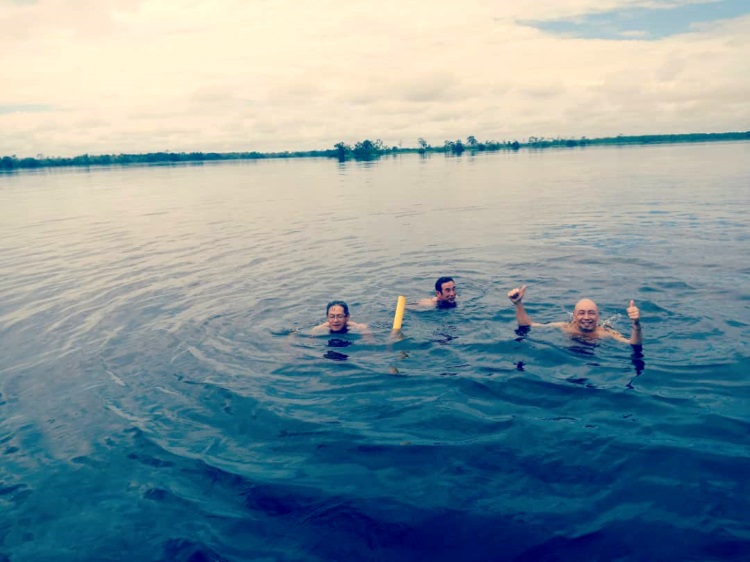 It doesn’t take much for one to be a happier traveller.

I was in Lviv, Ukraine, when a message popped up on my phone. It came from a friend who was visiting the Vatican City with three others. They were on a self-driving tour and they had parked their car by the side of the road. Unfortunately, thieves had broken into the car and carted away everything; luggage, valuables … not a piece was left behind.

I consoled my friend by telling him that not all was lost. At least none of them was hurt and they still had their passports and other important documents with them, which meant they could continue with the rest of their journey.

Such misfortune, like theft or an accident, can happen no matter how careful we are when we travel. According to recent reports, more than 250 people have died in their pursuit of taking selfies while travelling.

My friend and his group spent half a day at the police station to file a report. This is necessary for travel insurance claims purposes. During the process, they met a Chinese interpreter from whom they learnt about the hardships of Italians. Italy’s economy has fallen back into recession with zero economic growth predicted for this year. This news somewhat mellowed their anger towards the thieves.

Interestingly, the theft led to a positive impact on the four. Initially, there was tension among them as there was some disagreement over who suggested the self-drive tour and it was even an option. But, after losing everything, they bonded. They felt a sense of comradeship as they had to lean on and support each other to get through the crisis.

My friend marvelled at how such a bad experience could bring positive changes. 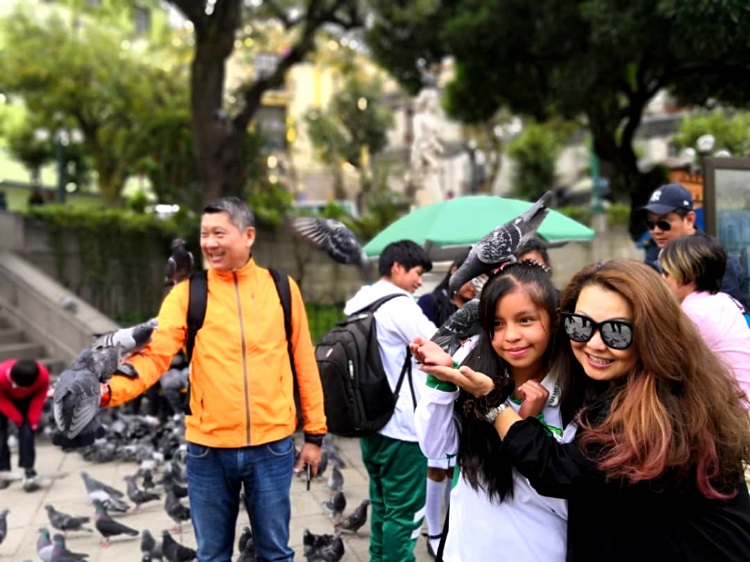 The writer (left) feels that chatting with folks at a park will help give you an insight into the lives of locals in a foreign country.

I wasn’t surprised because I too have had my own “positive” mishaps while travelling. A few years ago, at the airport in Copenhagen, Denmark, somebody had pick-pocketed my backpack and I lost my camera and all my cash. I was lucky, though, as three days later, the police caught the thieves and recovered my belongings. There and then, the police officer became a good friend of mine.

On another trip, this time to Athens, Greece, my group stumbled upon a street demonstration and we had our first experience with tear gas. It was indeed scary when it happened as we had to run for cover but we also remember how exciting and thrilling it was for us.

In other words, I can now chalk “getting tear-gassed” as another memorable experience from my travels.

Travelling requires a coordination of the five senses. What we see can be reinforced by what we hear and touch, and what we taste can be tempered or enhanced by what we smell.

Travelling is also about people. For example, it is great fun when you bump into famous people when you least expect it.

For me, I was pleasantly surprised to see actress-director Sylvia Chang in Taipei; Hong Kong actor Tony Leung in Hokkaido; and Singapore Prime Minister Lee Hsien Loong in Sapporo. 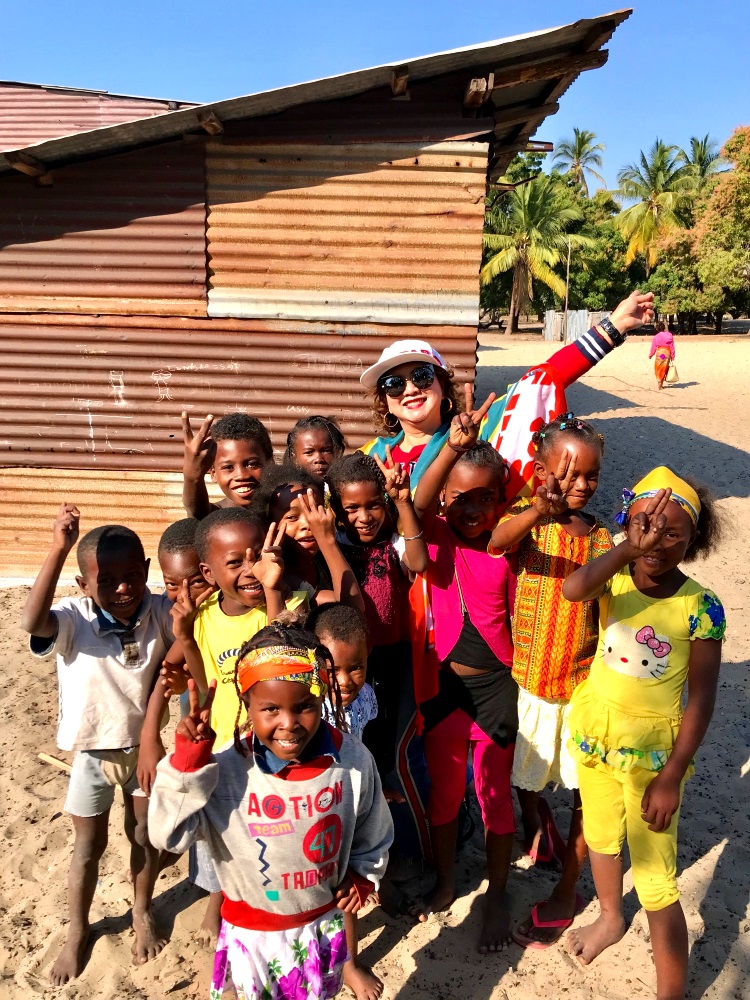 But ordinary folks we meet along the way, like drivers, guides, restaurant waiters or simply, the people in a park, can also become part of the memories we make. An unforgettable person I met was the China-born chef of the one and only Chinese restaurant in Moldova, one of the poorest countries in Europe. He told us his fascinating story about how and why he made Moldova his home. He is now married with kids to a local woman.

It is such experiences that make me realise that if we make the effort to listen with empathy, we can gain from stories that make good “chicken soup” for our souls.

Unfortunately, what seems to be trending now is the desire to be seen at “Insta-worthy” sites. Travellers just want to snap themselves in pretty places and are paying less attention to the historical and cultural elements in their destinations.

I believe that regardless of how and where we travel, the most important thing we must bring along is an open mind. That way, we will gain the best experiences and memories and can even turn a negative incident into a positive one. 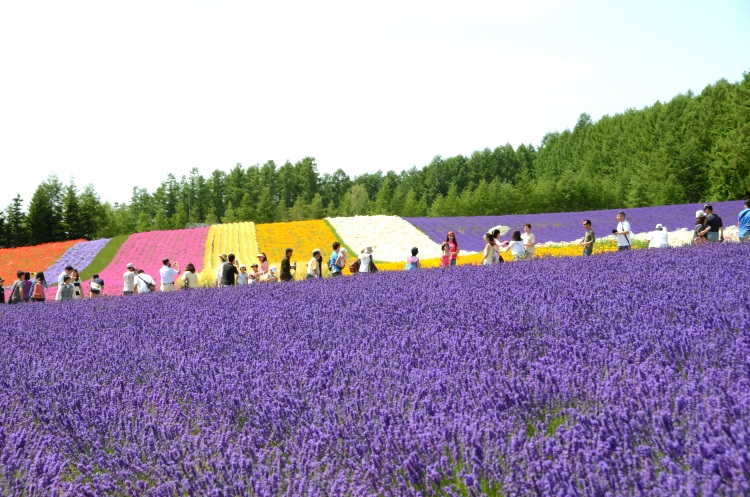 Lavender has been cultivated in Hokkaido for more than half a century, it is one of the popular summer flower in Japan. 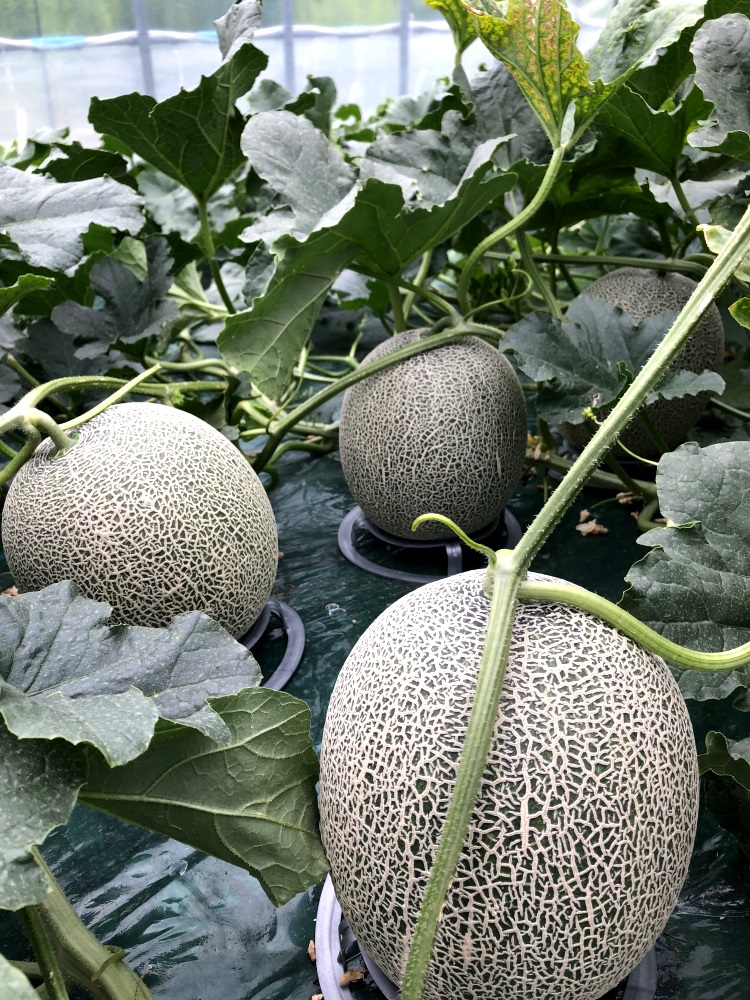 Experience one of the region’s favourite green season activities and enjoy freshly picked melon in the summer sun at Furano, Hokkaido.

Japanese economics guru Kenichi Ohmae’s travel motto is “don’t be afraid of getting lost” because to him even a back alley can offer a pleasant surprise. Taiwan’s intellectual entrepreneur Hung-Tze Jan wrote in his best-selling book Have Book Will Travel says he does not emphasise on having a fixed itinerary or visiting specific landmarks. To him, the deepest impressions, more often than not, come from unplanned things happening.

I can relate to that. I was at Yasukuni Shrine in Tokyo last spring where a group of corporate executives were enjoying a cherry blossom banquet. Suddenly, it started to rain, ruining the event. The tour guide was bracing himself for a barrage of complaints when a cool breeze swept the cherry blossom petals up into a dance. It looked as if it was snowing in spring.

So amazing was the sight that the leader of the group stood up and exclaimed, “Such is the stunning beauty of chaos!”

In a split second, everyone’s disappointed faces changed to one of wonder and pleasure.

The Japanese always regard sadness and beauty as the motivation to life. That’s why they can endure any kind of disaster. And as travellers, they are not perturbed by surprises on a journey. That’s what makes them the most welcomed tourists in the world.

That is the secret to success in life and in travelling. When met with something unexpected, if a traveller can put away his scepticism and accommodate the unfamiliar, he can still have a happy outcome.

This is not that difficult to achieve. To turn an unpleasant surprise into a pleasant or at least a tolerable experience, all it takes is a flip of the mind. 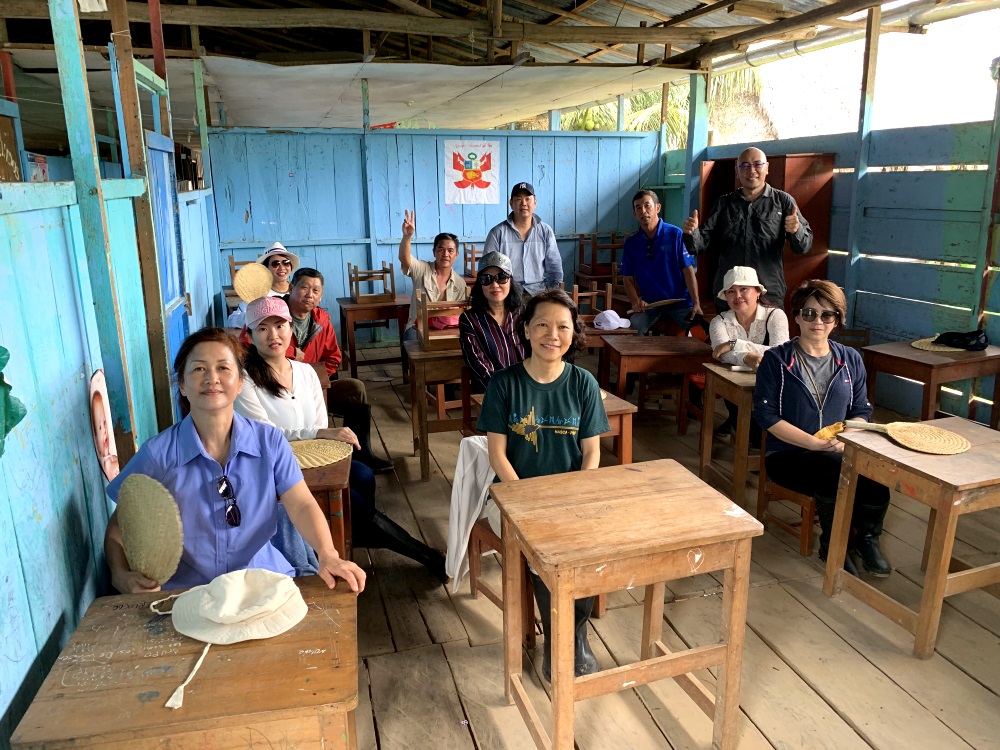 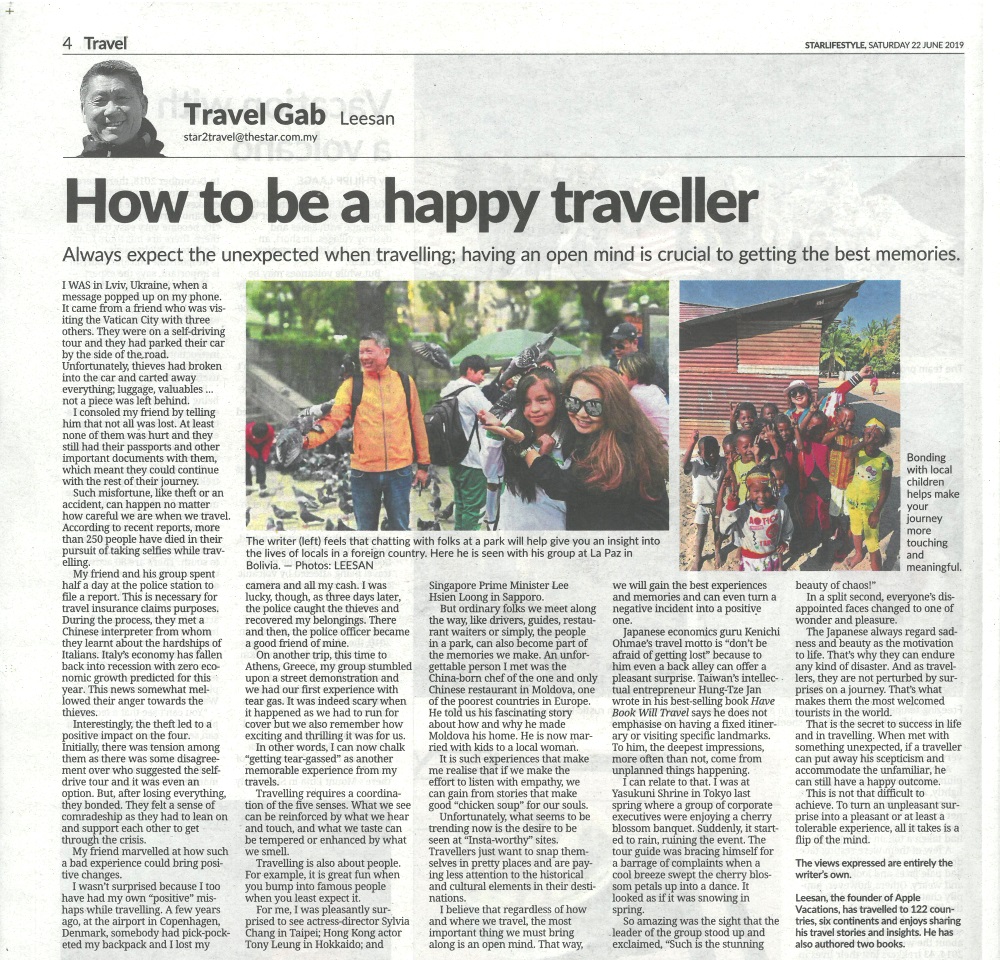 Is Malaysia, ‘Truly Asia’? – by Leesan