Life is not easy in Lebanon, but it’s safe for travellers. 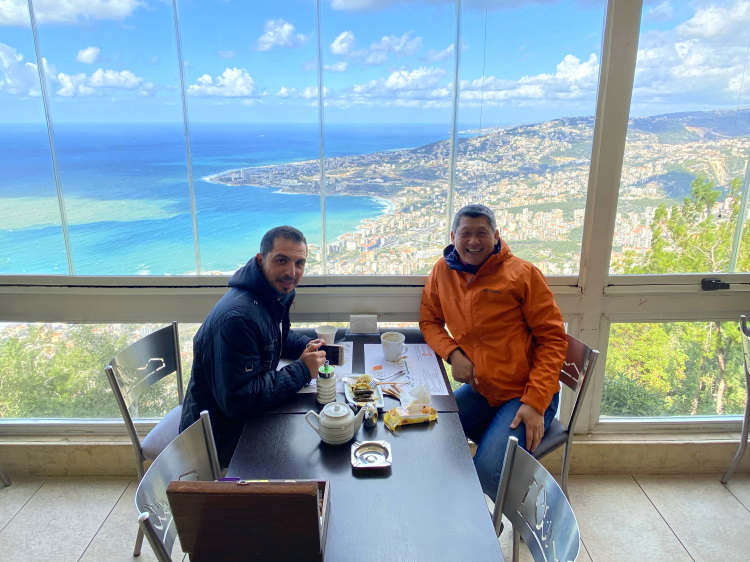 The columnist had a good time learning about Lebanon’s history and culture from Mohamed.

Stepping out of Beirut’s international airport into my guide Mohamed’s car, I asked the local if the Lebanese capital produces marble. That’s because expensive marble is laid everywhere at the airport terminal. The lavish infrastructure doesn’t bring to mind a country that has gone through 45 years of armed conflict.

Immigration officials at the airport gave the impression that they were efficient, professional and friendly. I felt that the international media had not been fair in their reports of the country.

“This country is absolutely not a horrific place as many claim it to be. It isn’t unsafe or unsuitable for travel, ” said Mohamed.

Lebanon reportedly hosted two million visitors last year, and according to Mohamed, many visitors were impressed by the country’s rich culture. Back to the question of the marble’s origins, I’m told they are from Syria.

“Syria, the neighbour we both love and hate. Although we only have a small population of 4.5 million, we manage to house some 1.8 million distressed Syrian brothers and sisters and an additional one million Palestinian refugees, besides lots of marble!” said Mohamed.

He lamented that the influx of foreign refugees in Lebanon has caused social, religious and ethnic complications and crises.

“We sacrificed jobs, which should have belonged to us, for these people. The UN handed out aid to eligible refugee households each month, but who will come to the rescue of impoverished and dejected Lebanese families?” he said.

It’s all about the blend of cultural and religious qualities in Lebanon and the Mediterranean.

After spending some time with Mohamed, I got the impression that he is a principled young chap. Having worked in Britain for seven years, he spoke excellent English.

Although he admired Western civilisation and its systems, Mohamed decided to heed the call of then prime minister Saad Hariri to return home to contribute to Lebanon’s development.

Six years have passed and Mohamed, now married with a two-year-old child, lamented about the absence of fundamental changes. Power struggle, corruption, abuse of power, misappropriation of public funds, spiraling inflation and wealth inequality are still very much evident, culminating in the economic crisis of 2019. Youth unemployment is also high.

The prices of good have surged as the local currency has depreciated. Vacant shops and apartments are a common sight in the city today.

As for Mohamed, he had no choice but to become a taxi driver-cum-tour guide to feed his family. The man remains optimistic, and has never given up on his government’s lofty expectations of the country.

With idyllic cedar mountains flanked by the pristine Mediterranean, Lebanon is indeed a sight to behold.

During our time together, Mohamed took me on a walking tour of commercial, financial and government precincts, as well as the Parliament Building and the prime minister’s office in downtown Beirut.

Lebanon is the 131st country the columnist has visited. 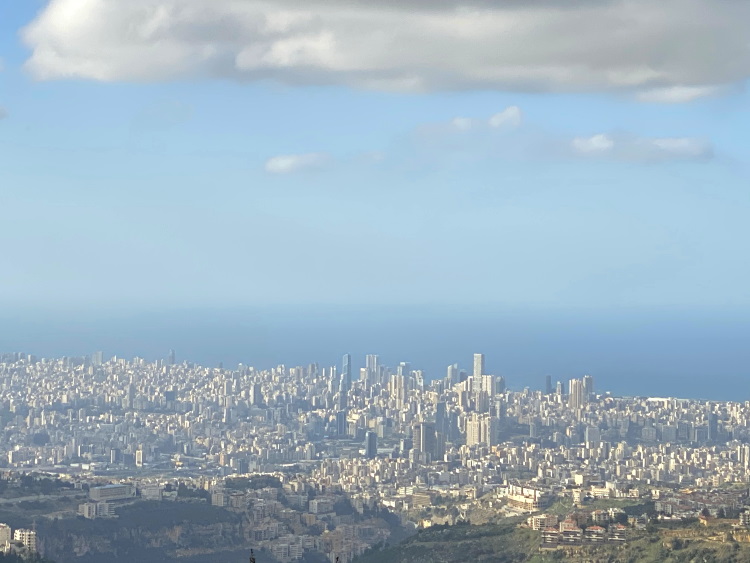 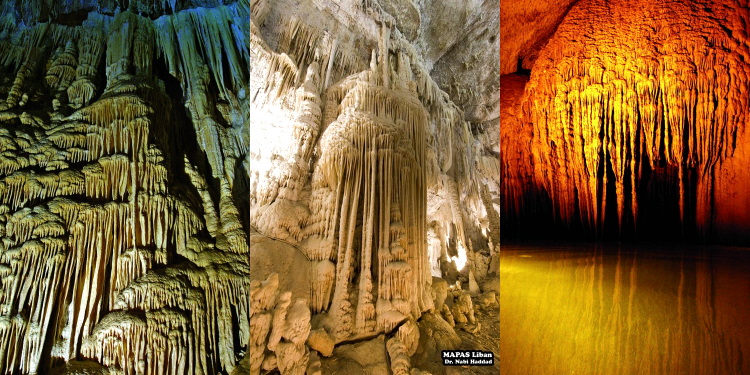 A visit to these imposing buildings is like walking down a grandiose French boulevard with architectural wonders reminiscent of the glorious Renaissance Era. Nevertheless, some of them are now scarred by recent anti-government protests.

“I was trapped in there with my father and family, while taking shelter from the mortar fire during the war with Israel. Suddenly an Israeli rocket from the Mediterranean came down on us, and my father’s legs…, ” he trailed off.

“And in 2005, right in this street, our former prime minister was killed inside his car in a blast.

“As a matter of fact, during the 15 years from 1975 to 1990, the religious civil war that stole global limelight completely tore up the country into two extremes. What a cruel price to pay for several generations of Lebanese!” he added.

It appears to me that there is still a very long way to full interfaith harmony, although cross-ethnic communication and intermarriages have become increasingly common nowadays, which is a good thing. 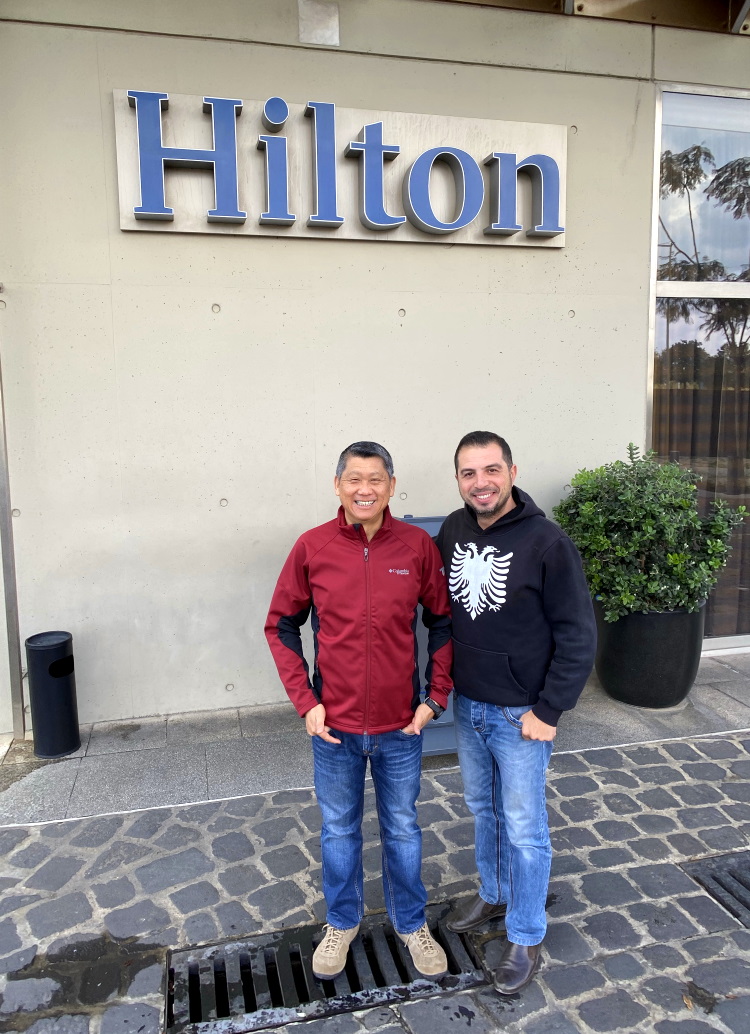 The columnist with his Lebanese guide Mohammed, who loves his country. 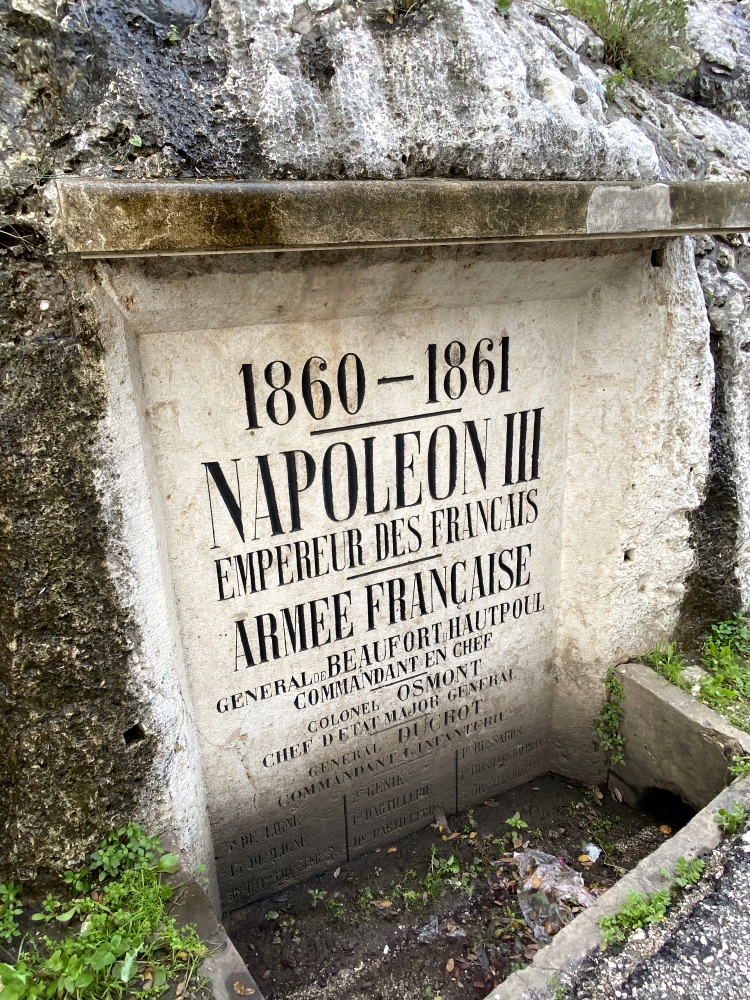 Napoleon III was in Beirut 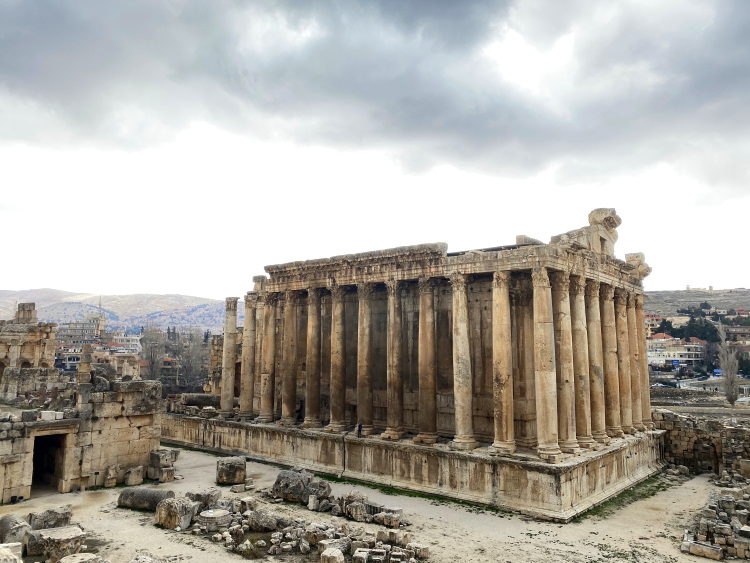 Baalbek, Temple of Bacchus, is one the best preserved Roman temple’s in the world.

Like all other people on this planet, there is a dream buried deep inside every Lebanese heart that hope will eventually descend on this land some day. Because of the coronavirus outbreak, I was apparently the only Chinese man on the street.

I notice some locals pointing to me, perhaps with fear and doubt. But there are was also a group of people who suddenly stopped and shouted: “Be strong, China!”

Not knowing what to do, I waved with a smile, and yelled back: “Thank you, Lebanon!”

Look, this is a trait of the Lebanese people, kind-hearted empathy for fellow earthlings!

They are also yearning for the imminent resurgence of their once prosperous and splendid capital city.

You too, Mohamed, stay strong!

Elsewhere in Lebanon, in its northeastern hills towns and villages, residents from diverse ethnic backgrounds whom I came across, were living their own leisurely and carefree lives. Hence, I feel travelling in Lebanon is safe. 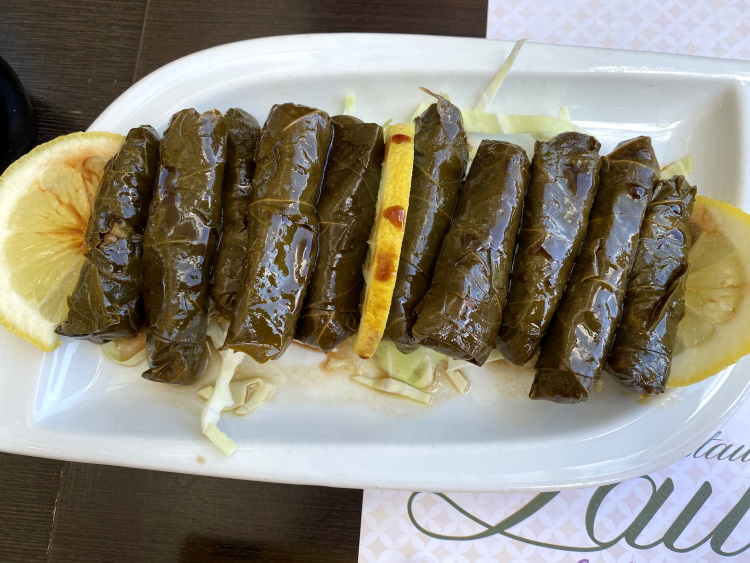 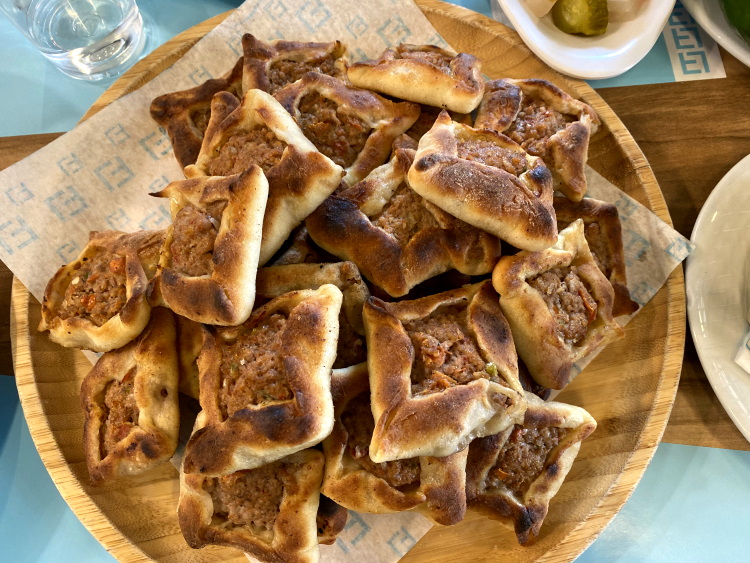 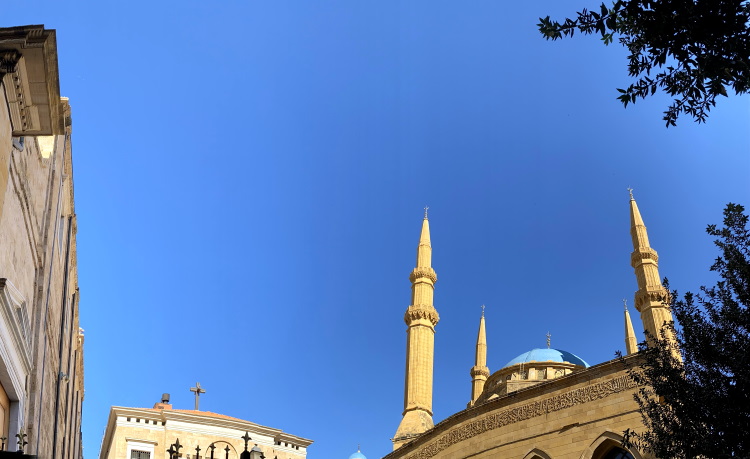 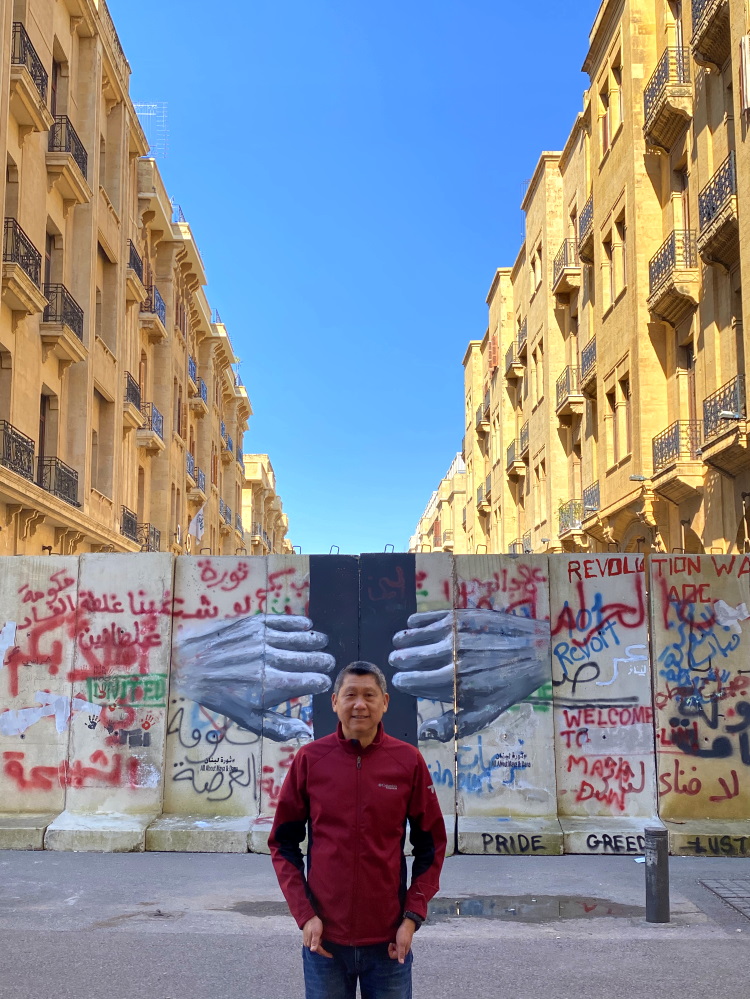 Beirut’s CBD architecture are rich of Renaissance style;
but, currently being blocked due to protesters.

Leesan, the founder of Apple Vacations, has travelled to 131 countries, six continents and enjoys sharing his travel stories and insights. He has also authored two books. 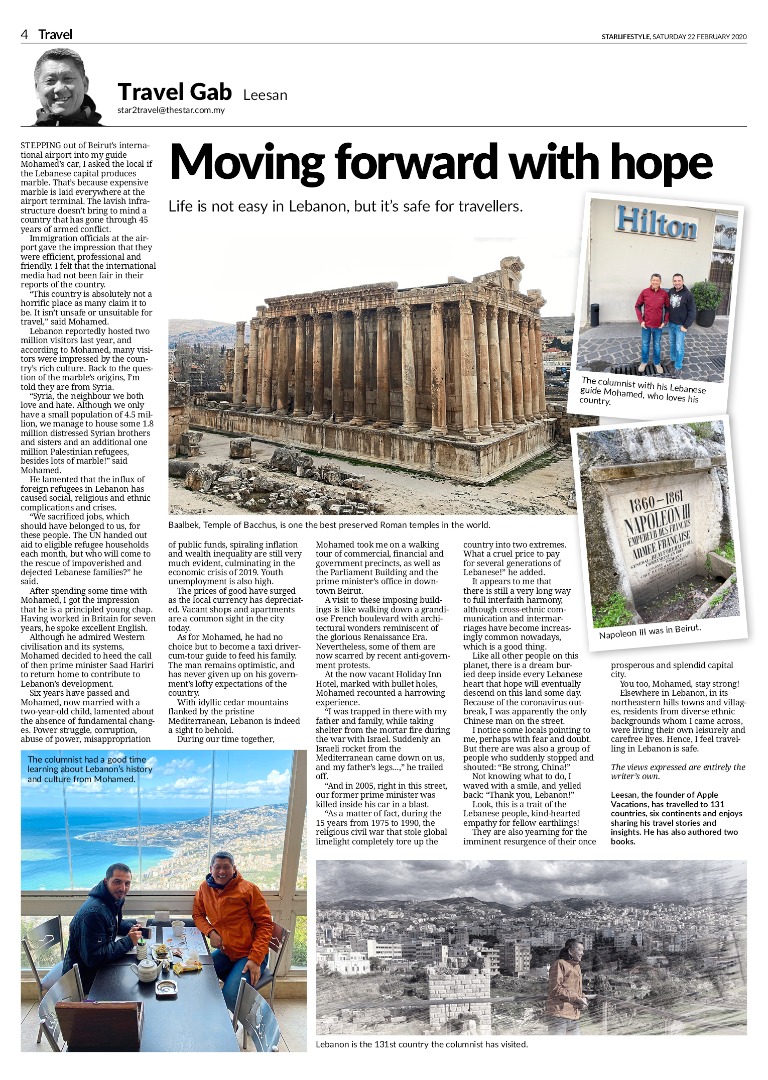 THE STAR – Making an Impression in Malacca