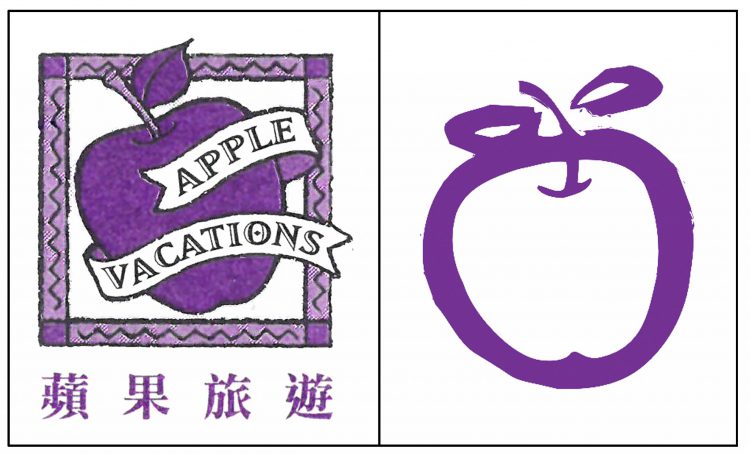 Right from the very beginning, the Apple logo has been a unique purple, without a bite out of it.

Why doesn’t your “Apple” have a bite out of it?

That is the question I have been most frequently confronted with for the past over 20 years since I started the company in 1996. And this also shows that my “Apple Vacations” is a household name in this region. Don’t you think so?

The Apple Computer which Steve Jobs started in Silicon Valley back in 1976 did have a bite out of its apple logo, and the company has since evolved into the most valuable global entity today. Can I recreate that miracle?

There is another well-known “apple”, The Apple Daily, a pioneering paparazzi-style tabloid founded by Hong Kong’s Jimmy Lai in 1995.

As a matter of fact, these successful “Apples” have one thing in common: they have all changed the lifestyles and quality of life of people. No doubt their business creativity did give me some inspiration. I did contemplate what kind of name I should give to my company and what kind of social significance it should impart.

But then, why “Apple”? Why not Banana, Durian, Rambutan, Starfruit or Strawberry? The growing curiosity from people shows that there must be some specific reasons why such a common fruit would get to become the name of a company. Like Jobs or Lai? Of course, despite the so many questions, it appears to me now that the choice of “Apple” as company name back then was not only reasonable, but also absolutely justified!

But, if I were to tell you that I decided on the name mostly because of the “A for Apple” in the textbook of my kindergarten son, I bet you would not believe. As a matter of fact, the reason was just that simple: fast and precise.

I later consulted an industry leader and his reply was straightforward: Apple. Good name!

What’s behind a name

There was another reason behind the name which could date back to my teenage years.

I started as a part-time helper at a grocery store at the age of 14. At that time I loved to study the names of different kinds of products and their logo designs. I would also look up the names of the manufacturers, even their translations in different languages. I had a special passion for trademarks like “Coca-Cola”. One particular company that drew my attention was Nestlé, known for a number of best-selling products with unpretentious, yet well loved names like Maggi and Milo, among others. I was fantasising what kind of name would be easy to remember, unusual, yet would leave a strong impression in people, If I were to start my own business one day. So, it became my number one hobby gazing at signboards around me during those few years studying in Japan.

Going places with you
In more recent years, names like Google, Facebook, TikTok and Tmall readily strike a chord with people among millions of other names in the Internet world. Those are good names, I suppose, but old Chinese business names embraced by our fathers like “Chop XX” are indeed time-honoured names that still have a sizeable following today.

Additionally, we have plenty of well-known acronyms in the likes of JTB, ABK and OCK.

Well, different people may have different liking for a name, but I did think that if my company name were to build a commonplace, care-free, yet trustworthy consumer image, then my preferred name should be one of a fruit, probably apple, banana or orange. Why not? A doctor or nutritionist will tell you an apple a day keeps the doctor away!

Perhaps after all this you still feel that “Apple” lacks a character. I guess you have a point, but “Apple” is almost found in all countries in the world, and my “Apple” will go places with you, so that you can savour the best apples all across the world. Sounding great, huh!

Purple is a warm colour
Now that I had a name, designing the logo was the difficult part. You should realise by now that my “Apple” is neither red nor green but a unique purple! From what I see, purple is a warm, unisex colour everyone loves. As I mentioned earlier, to be novel and different!

In the first version of the logo, we had a sprinkle of silver. You might argue it was for prosperity. Well, I would love to agree with you. Hopefully this would bring me good fortune. Haha!

The “Coca-Cola” logo has been modified countless of times throughout its 128-year history. In the first generation logo design of Apple Computer, there was even Isaac Newton sitting under the tree! While appearing somewhat complicated, the logo nonetheless expressed the founder’s desire for a windfall. Later, after Jobs more specifically positioned his company products, he came up with a landmark logo overhaul. You’ve got it, the apple with a bite, which was more contemporary, appealing and imaginative.

I also noticed the complexity with my first generation travel business logo: a framed up apple with limited space for expansion. So Alvin, my young graphic artist, promptly made some changes to it, hence the second version of the logo.

Third generation design
The “Apple Vacations” trademark you now see is the third generation design. The current one is a three-dimensional apple design paint-brushed by my old friend Dr YC Lim who added two pieces of leaves to impart the feel of freshness, denoting that every trip promises something refreshing and fun. Notably, Dr Lim is a learned and artistically talented man whom I look up to as a big brother!

The career journey of every man is different. As for me, I first had the business concept before I picked a company name and logo design to go with my products. As such, I am totally contended with “Apple Vacations”. It will be perfect if I can add some kind of a slogan to it! 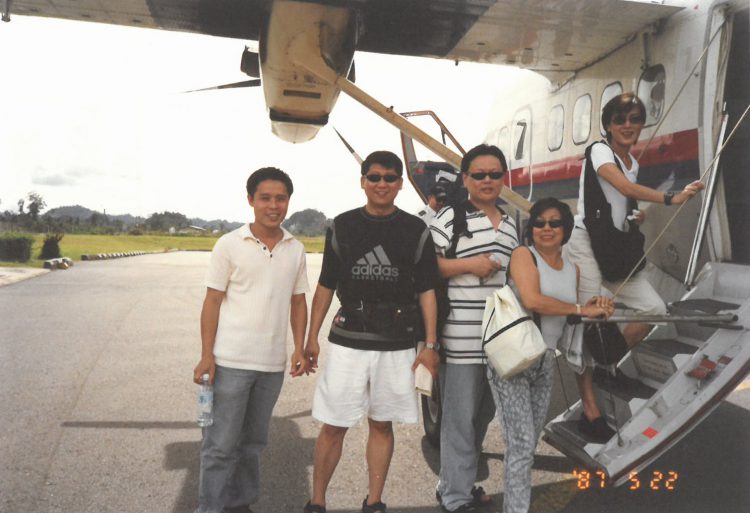 (Lee San is Founder and Group Executive Chairman of Apple Vacations. He has traveled to 132 countries, six continents, and enjoys sharing his travel stories and insights. He has also authored five books.)