Great Barrier Reef, Appreciate it before it’s gone – by leesan

Appreciate it before it’s gone – by leesan

There are about 900 islets in the GBR, but the azure, glistening coral reefs were our main focus that day. This was the planet’s largest tropical coral reef system, a Unesco natural heritage site under full protection and preservation.

We had earlier arrived at the jetty in the city of Cairns in northern Queensland for a tour of the 2,300km-long GBR. We boarded a large glass-bottomed boat in the afternoon, listening attentively to our guide as he gave a detailed explanation of the 400 types of corals found there. This was the most complete and alluring coral reef system I have ever seen so far.

Through the glass panes under our feet, we could see colourful marine creatures swimming gleefully in the water, including reef sharks, stingrays, sea turtles and countless multi-coloured fishes.

You can find Australia’s “great eight” marine creatures in the GBR: The giant clams, manta rays, Maori wrasse, sharks, clownfish, turtles, potato cods and whales. I have been so blessed to have seen some of them with my own eyes.

Altogether, over 1,500 species of fish and 4,000 species of molluscs live in the GBR. The whole place plays an indispensable role in the global marine ecosystem. 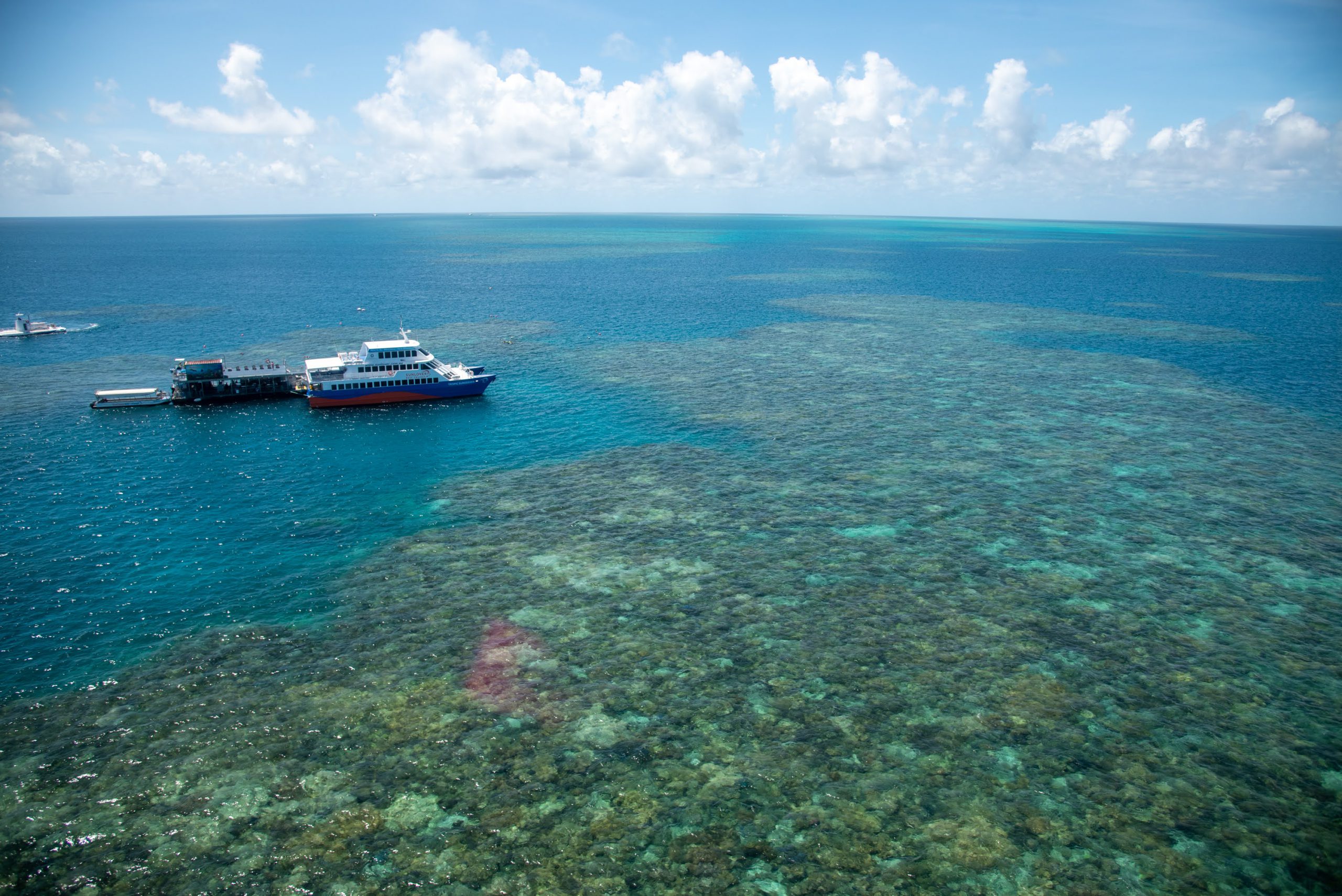 The Great Barrier Reef is the world’s biggest single structure made by living organisms.-Photos: Apple Vacations

One of my travel buddies, Tom, quickly changed into a snorkelling suit provided by the cruise company and dove straight into the pristine blue waters of the sea. Some of us were a little jealous as he was able to have close encounters with some of the marine marvels, while we just stayed in the boat.

We were then divided into three batches to board the helicopter for a more thorough view of this magnificent place. At strategic points, the pilot flew the helicopter low enough for us to get a better look at the bluish and whitish corals which glittered like a million pieces of gemstones in the sunlight … it was so amazingly beautiful!

The “architects” of the majestic GBR are actually these little polyps measuring just a couple of millimetres long, whose slimy skeleton secretion, when combined with the residual gums from other marine organisms, form the reef structure. This process takes a very long time and even under the most favourable conditions, the reef only thickens by about 3cm-4cm a year.

I have no idea how many centuries these “architects” have had to work continuously in order to construct these massive reefs that are several hundred metres thick.

Unfortunately, due to water quality degradation, over-development and other human activities, the GBR faces many issues today. In the last 30 years alone, the place has lost nearly half of its coral reefs, and the rate of degradation is getting increasingly rapid.

In 2017 Unesco had proposed to put the GBR on its list of endangered sites. However, it now faces the risk of being further “downgraded”. After Australia pledged to invest about AU$3bil (RM13.06bil) to improve the state of the corals’ health, some feel that perhaps the GBR may be saved from destruction after all.

Although visiting this place would be a dream come true for travel or nature lovers, most don’t actually have any idea how much longer it will be around. 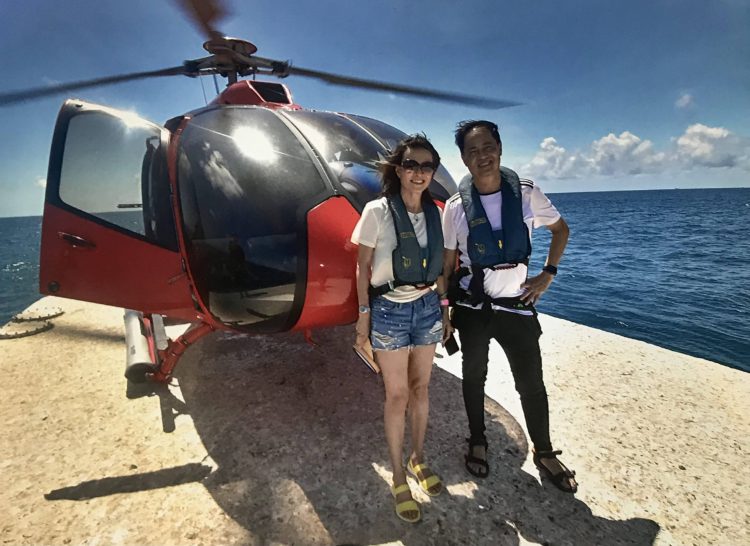 Some of the writer’s travel buddies got the chance to fly over the Unesco-listed GBR in a helicopter. 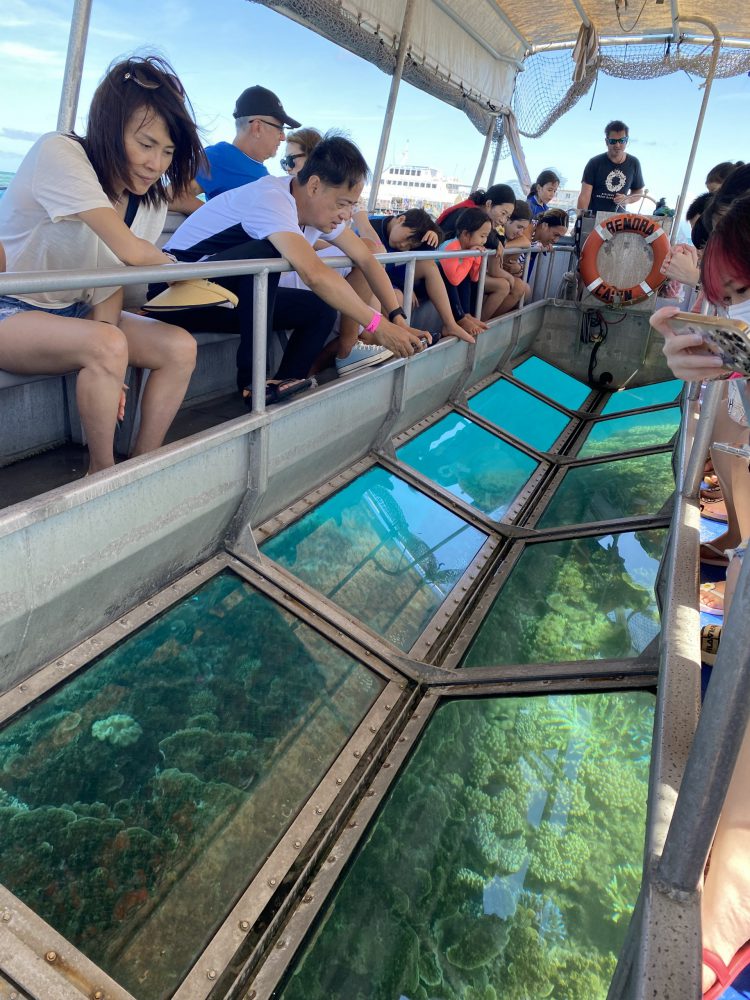 Absolutely enchanting, witness the famous Great Barrier Reef corals, hundreds of tropical excotic fish, turtles and an abundance of local marine life that greets you from the comfort of the glass bottom boat.

Nature parks and cities
Australia has large swathes of tropical rainforests aged over 100 million years. And as if that’s not enough, they even grow fruits similar to ours such as rambutan, mangosteen, pineapple and lychee. Sounds incredible, right?

To get to know more about the heart of Australia’s green lung, we travelled to Rainforeststation Nature Park just 30 minutes outside Cairns, where we were greeted by the Pamagirri aborigines who enthusiastically showed us their customs and traditions, and performed folk dances and sang for us.

I would say that the Pamagirris have a unique physical appearance, but their lifestyle, musical instruments, dances and language are not that much different from the indigenous peoples we know in various parts of Asia.

This nature park is definitely an anthropological treasure trove that warrants a visit.

As for the city of Cairns itself, I think many people know this place because of the GBR and its age-old rainforests. I noticed that this coastal city is very well planned and orderly with almost all the buildings painted in white.

Along with its rich natural and cultural landscapes and a multitude of thrilling outdoor activities, Cairns makes for a perfect destination for those planning to relocate to Australia.

Also, the relaxed ambience of Cairns and its unrivalled beauty make the place an excellent retirement city, as well as a fun-filled family holiday destination too. 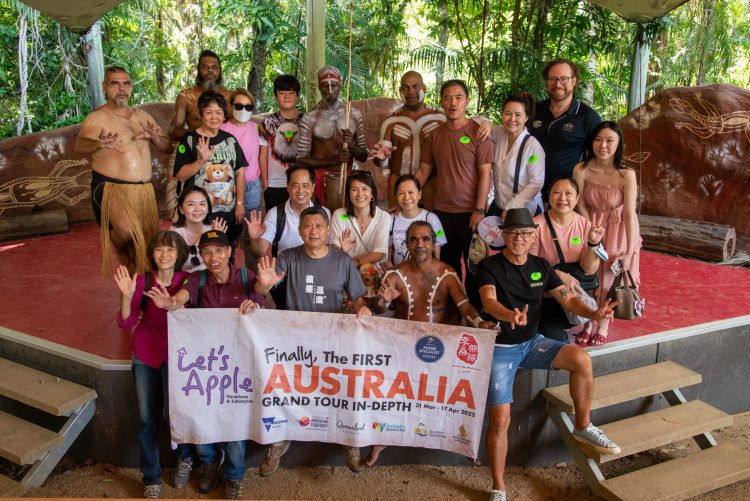 Rainforestation Nature Park is an all-weather attraction, home to the Army Duck Rainforest Tours on land and water, the Pamagirri Aboriginal Experience, and the iconic Australian animals in the Koala & Wildlife Park. 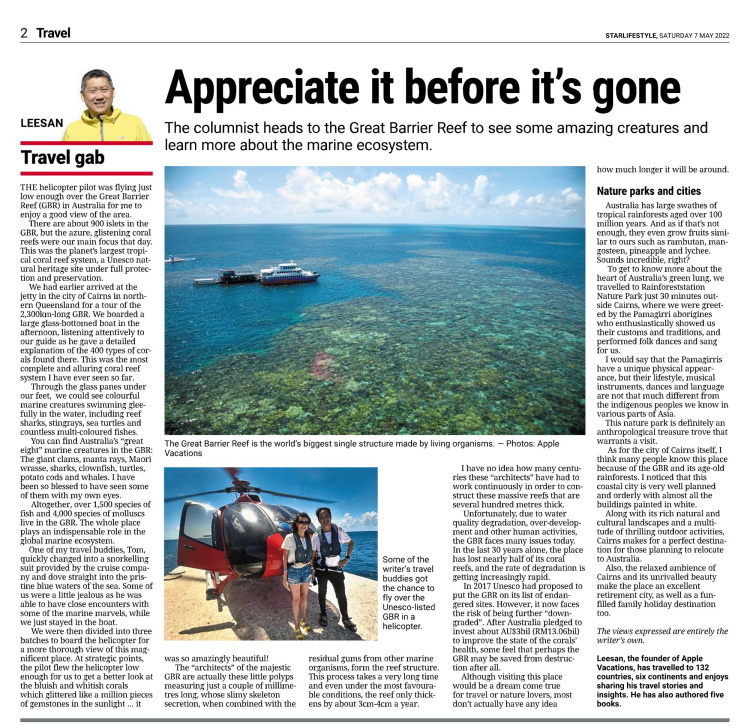 Are you still alright? – by leesan