Loykrathong • A Tribute to Mother Nature

I am sure most of us would most likely know how to sing or hum to the tune of “Loy Loykrathong Loy Loykrathong…” I am very pleased at the opportunity to take part in the Loykrathong Festival last November 2012. 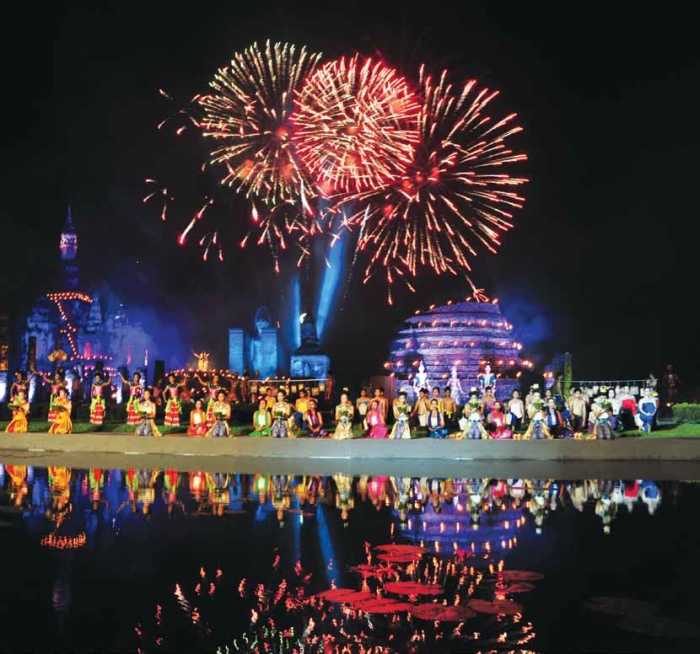 I am sure most of us would most likely know how to sing or hum to the tune of “Loy Loykrathong Loy Loykrathong…” I am very pleased at the opportunity to take part in the Loykrathong Festival last November 2012. It was held at the place where the Thai Loykrathong originated.

It was much like a Loykrathong extravaganza for me as I went through the Loykrathong festival three times in a trip. The first one was in Sukhothai. Sukhothaiis located at the northern region of Thailand, about 430km away from Bangkok. We took the Bangkok Airways flight to this historical ancient city. 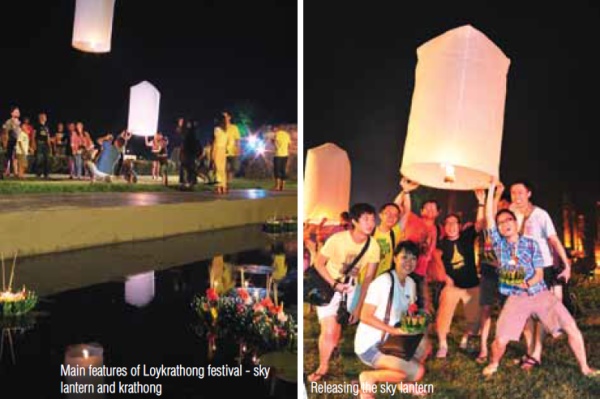 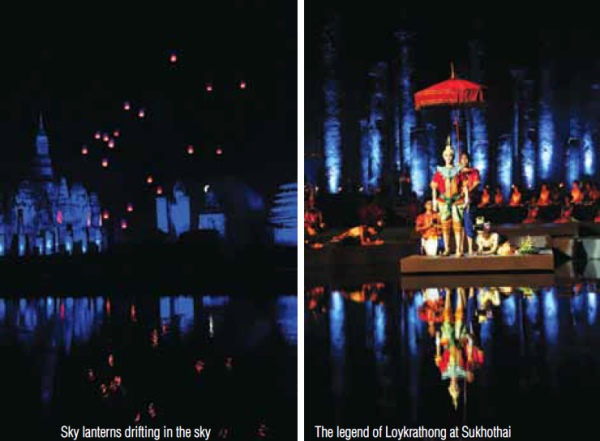 Releasing the krathong on the water

As the legend says during the 13-14th century, the most favourite concubine of the King of Sukhothai, Nang Noppamas created “Krathong” the lotus shaped lantern and set it afloat on the river to worship and pray for good luck. This practice has since been carried down for generations and nowadays Loykrathong is celebrated all over Thailand every year during the full moon of the 12th lunar month of the Thai calendar which normally falls in November.

I attended the rehearsal session of the Loykrathong festival held at the UNESCO World Heritage Site – Sukhothai Historical Park. It was indeed a grand celebration where more than 240 dancers put up a spectacular performance at the site of Wat Mahathat with beautiful lights and sound to depict the story of the Sukhothai Kingdom and the grand finale was an amazing firework that lit up the sky together with hundreds of sky lanterns floating in the air. The show
ended with the King of Sukhothai and the beautiful Nang Noppamas releasing the floating lantern on the water. Even though I could not understand a single word of the Thai language the show was so amazing that I found myself holding my breath and kept my eyes wide open and busy throughout the whole night. Of course, needless to say, my fingers kept pressing on the shutters of my camera.

After the show ended, we went on the stage to have a photo session with the dancers, set off the sky lantern and release the krathong on the water to wish for good luck and fortune. It was truly an unforgettable evening. That was the first Loykrathong experience in my life. 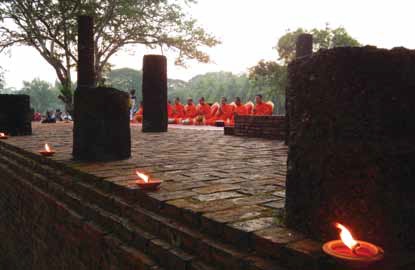 The alms giving ceremony on the morning of Loykrathong 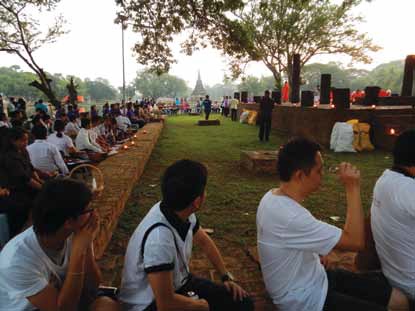 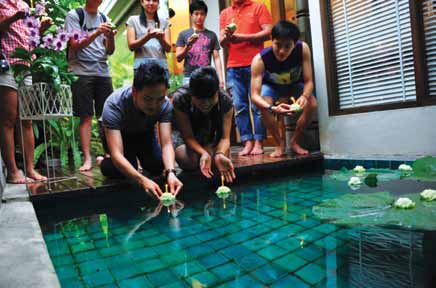 Floating the krathong in a pond at Divana 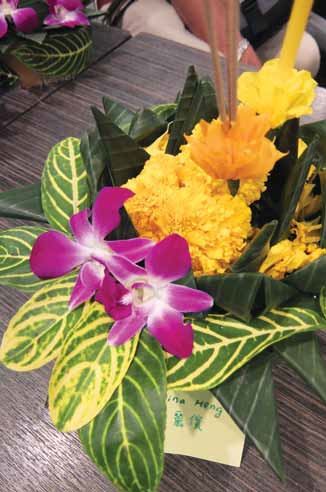 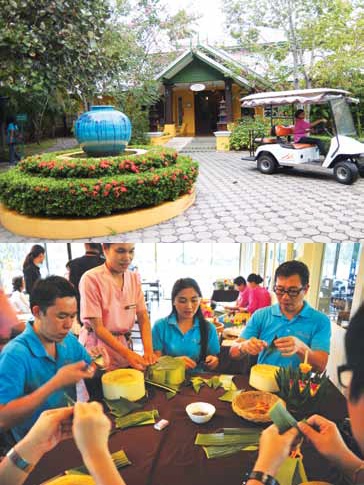 My second Loykrathong experience was when we went to a nice luxurious spa in Bangkok after flew back from Sukhothai. Divana Spa has a very nice cosy environment with friendly staff. After the invigorating body scrub and massage, we were invited to the Loykrathong ceremony. This time the krathong
was just a small lotus flower, and we released the flower in a small pond in the spa garden. As reasoned by the beautiful General Manager, as long as there is a place with water, we can practise the Loykrathong.

I went through the third Loykrathong when we visited Baan Amphawa Resort located in Amphawa. This time it was a Krathong workshop. This is a free workshop provided by the hotel for in-house guests once a year. The staff taught us how to make our own Krathong. To ensure that the krathong floats on the water, we had to use the banana trunk that was cut into 2-3 inches thickness in a rounded shape. Then, we use the banana leaf and flowers to decorate it and finally we put the candle and incense stick in the middle of the Krathong and release it in the river behind the hotel restaurant. We were all very excited
and satisfied with our DIY Krathong. We lit up the candle and incense stick, made a wish and let it float slowly away.

Along the way back to Bangkok, the sky was glowing with sky lanterns drifting in the air. As we went around shopping in the city, we saw people celebrating
Loykrathong at the city river right in the middle of the city. It is indeed a national festival.

I was told that Chiang Mai has the most elaborate Loykrathong celebrations, more than ten thousand sky lanterns took to the skies in a night.

The objective of Loykrathong is pay tribute to the mother river for the water provided to our daily needs; apologize to the mother river for the contaminated waste that we release to the river and also for young couples to making wishes for everlasting love… If you have not experienced this spectacular festival, do make a plan now for an authentic Loykrathong festival in Thailand next year.