After travelling for more 30 years, I can more or less figure out the characters of people based on the style, size and appearance of their suitcase.

For every trip, regardless of length and reason, a friend would pack his faithful suitcase, a 50cm classic brown bag to take with him. He has had the bag since his college days in Britain 32 years ago and it looks like it has gone on many adventures with its owner.

I too have a strong connection with my suitcase and would never just throw it out and replace it with a new one.

A bellboy character from the Japanese soap series Hotel once said that he could tell the personality of a traveller by the suitcase he carries. When the bellboy sees branded suitcases, he feels it necessary to handle them carefully. He is also able to tell which bags are authentic, and which ones are counterfeit brands.

After travelling for more 30 years, I can more or less figure out the characters of people based on the style, size and appearance of their suitcase.

Some people own just an ordinary suitcase but they take really good care of it; there are also those who carry around worn-out bags.

Upon returning from a Baltic-Balkan trip months ago, I noticed that 16 out of the 20 guests carried suitcases of various models from the same brand. This German brand (Rimowa) has been gaining popularity among travellers in recent years supposedly for its elegance, reliability, durability and status symbol.

However, no matter what the brand is, bags that are mishandled – whether at the airport or at hotels – will still be damaged. My aluminium suitcase was “decorated” with dents and scratches when I picked it up from the conveyor belt during a trip!

It is also worrying when you can’t find your bag at the baggage claim area. Expensive suitcases are usually the ones that go missing at the airport. For a traveller, a RM5,000 suitcase (with contents that would probably come up to a total of more than RM8,000) can only fetch a compensation of RM800 from travel insurance claims.

Getting it right
Once I came across a couple who travelled only with cabin-sized bags for their seven-day winter tour of Hokkaido in Japan. They no longer bring big bags with them because of a previous bad experience they encountered on another trip where they lost their luggage. Another couple brought three suitcases weighing 25kg per bag on their 15-day summer tour of Europe. I couldn’t resist finding out what was inside. Apparently, there were five pairs of shoes, 5kg of cosmetics, and so much more!

Packing right for a trip sounds simple but it still requires some skill. I once had the opportunity to travel with a group from Taiwan for 19 days to Central America. They seemed quite professional when it came to packing as each one of them only had one check-in luggage weighing between 18kg and 20kg, and a carry-on luggage.

I find that that most people do not need 30% of what they pack in their suitcase. For example, when going on holidays in autumn, some travellers will bring three sets of winter clothing, which is unnecessary. 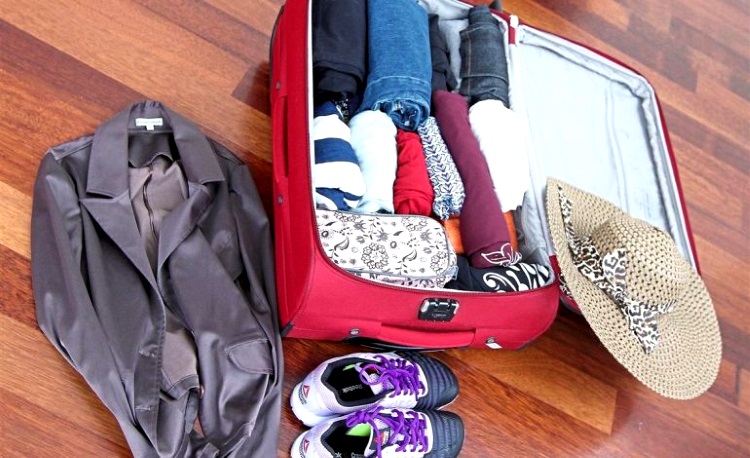 Make a list of essential items you would need on a trip, and stick to it.

Apart from that, some folks will bring too many chargers with them as well as large bottles of beauty products like lotions and perfumes.

Packing skills have a lot to do with common sense. Just because we are given a baggage weight quota by the airline, it doesn’t mean that we have to make full use of that quota by bringing tons of things we don’t need on our travels.

Remember also that if you are to change hotels a few times while on a holiday tour, you probably would not want the hassle of unpacking and re-packing everything all the time. Plus, lifting a 20kg suitcase is not easy and could hurt someone if not done properly. Try to think about the poor tour bus driver who has to carry these heavy bags all the time!

Avoid losses
If you do lose a bag, be reminded that the insurance compensation will not offset the loss of your property. Upon returning to Argentina after visi­ting the Antarctic, a lady traveller realised that she had lost her suitcase. While the bag itself wasn’t a big deal to her, she was devastated the memory card containing all her photos, and the Antarctic certificate she received – which were in the suitcase – were gone forever.

If you love to travel, do treat your suitcases well as they are essentially our travel partners. It doesn’t matter which brand you choose, really, as what’s more important is its practicality and size (I find the 50cm to 60cm bags to be the best size). The key point is to be well organised when you pack and to travel light. 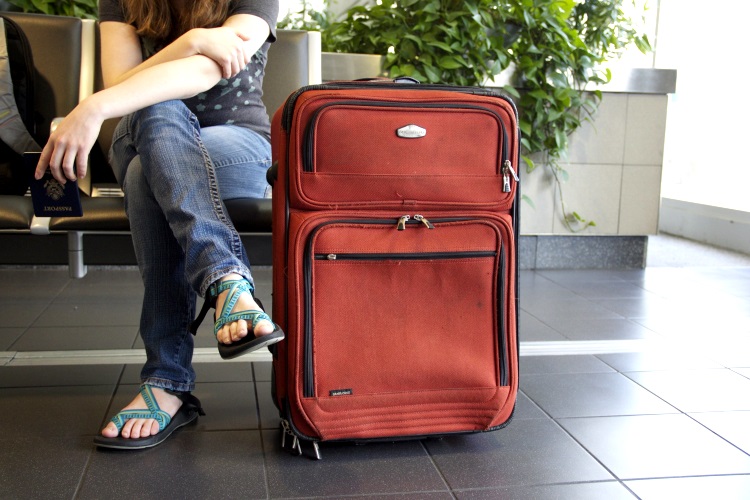 Some people own just an ordinary suitcase but they take really good care of it; there are also those who carry around worn-out bags. 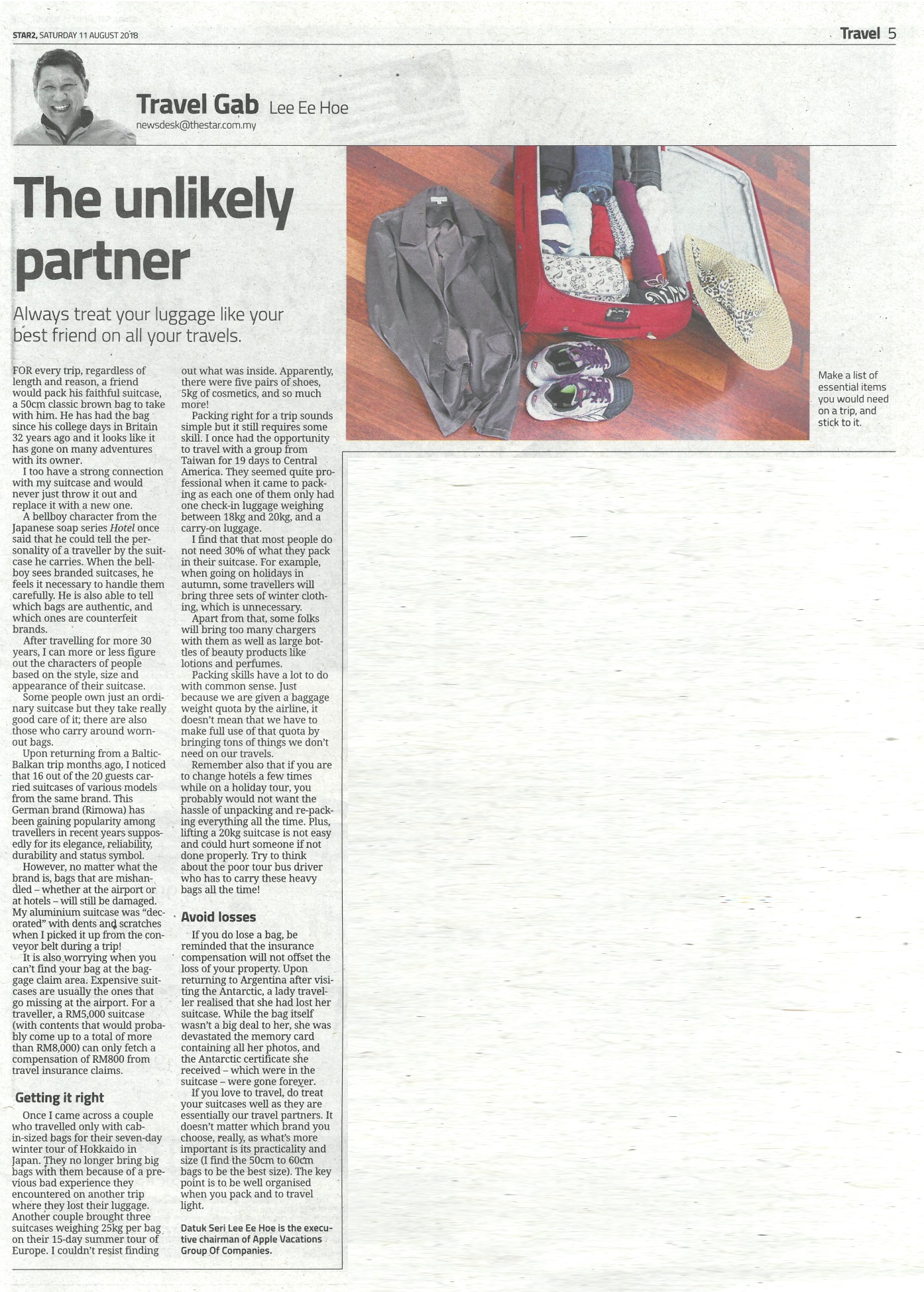 Frustrated by the pandemic – by leesan