What is the main reason top airports like Incheon in South Korea and Changi in Singapore keep winning awards? 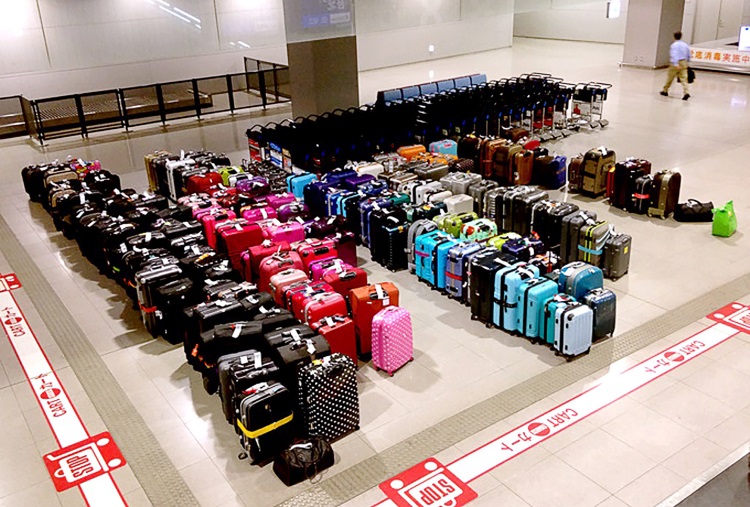 At the Kansai International Airport in Osaka, Japan, passengers bags are lined up according to colour.

This was in 2015, and Pudong had gotten high scores for almost all the items on the checklist, including airport equipment, facilities and services. Some of the things that were evaluated on were hygiene, punctuality and baggage handling.

Employees of Pudong Airport were nervous about the outcome, but they still kept their fighting spirit and positive energy.

In the end, Incheon tied with Singapore’s Changi Airport for first place, while Pudong placed second with a few other airports in China and India.

It is not a big surprise that Incheon received the honour back then as the airport had won for several consecutive years prior to that. In fact, Incheon had won ACI’s World’s Best Airport award for six years from 2006. In 2012, it won the award again, via Skytrax.

The service – and cleanliness – at Incheon is simply top notch. For example, each piece of luggage is cleaned before it is put on the conveyor belt to be picked up at the baggage claim area. When passengers see their luggage standing neatly on the belt, it puts a smile on their face.

With that kind of attentive service, it is no wonder that passengers would usually give Incheon a five-star rating.

Unfortunately, not all airports are concerned with the proper handling of bags. Of late, there have been several viral social media posts which reveal rough handling of passengers’ bags at certain airports. Many people who saw those video clips expressed their anger and concern as they worry about how their bags are handled each time they travel.

When it comes to baggage handling, my favourite airports are actually Taoyuan Airport in Taipei, Taiwan and various airports in Japan where luggage delivery is fast, clean and tidy. Best of all, the employees have such good attitude that they handle each bag like their own.

However, I am disappointed with KL International Airport’s effectiveness in terms of baggage handling. I think the service is even worse than countries in Central America; two months ago our group had to wait 70 minutes for our bags – even business class passengers were not given priority!

I am not sure whether this problem is caused by a flawed system or poor attitude of airport employees but things really need to improve. I am also very disappointed with how quickly airport management in Malaysia would blame foreign workers when something goes wrong.

Besides personal attitude, airport design also plays a major part in ensuring that the luggage reaches the claim area without much delay. The distance from the gate (where your plane stops) to the pick-up belt determines how fast your luggage arrives.

In addition to that, the conveyor belt also needs to be regularly maintained and checked to make sure everything works well.

Nevertheless, if the airport management is not at all concerned about how long passengers have to wait for their bag, then nothing can ever be improved. The key point here is that attitudes need to change. This, I think, is the reason why some airports can continue to win so many awards each year.

But sometimes, no matter how good a system is, there may be cases of damaged or lost baggage. This is the reason why a tour leader is usually the last person to leave the airport – they only go after every tour member picks up their luggage. Should there be any problems, the tour leader will arrange to process claims at the airport service counter.

Of course, this claim will more often than not end in disappointment. 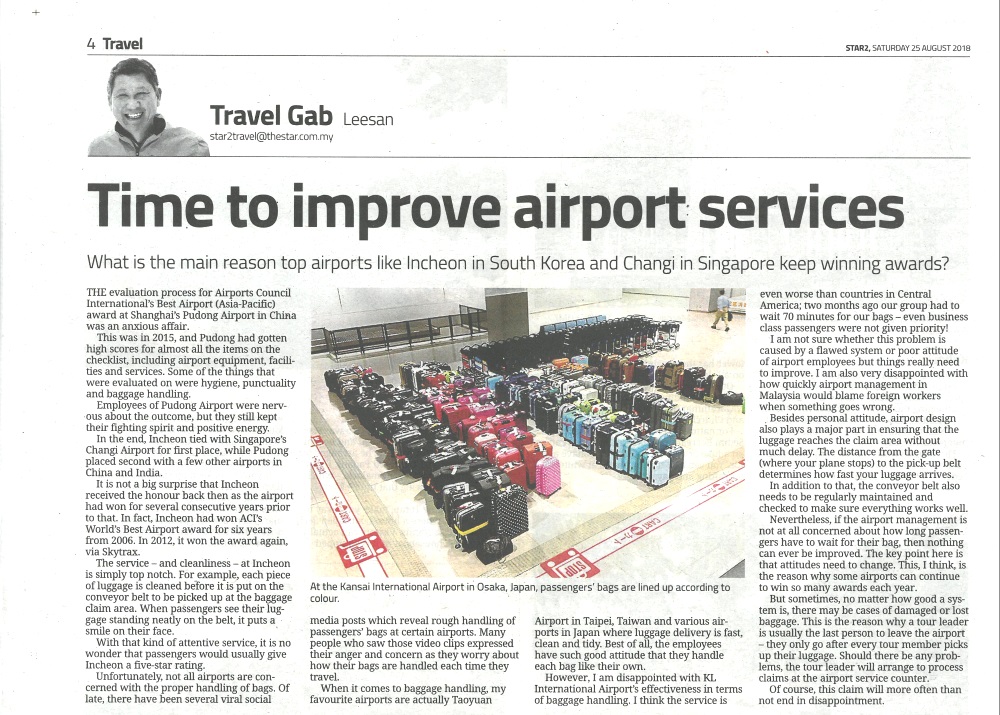 Cleaning Up In More Ways Than One – by Leesan